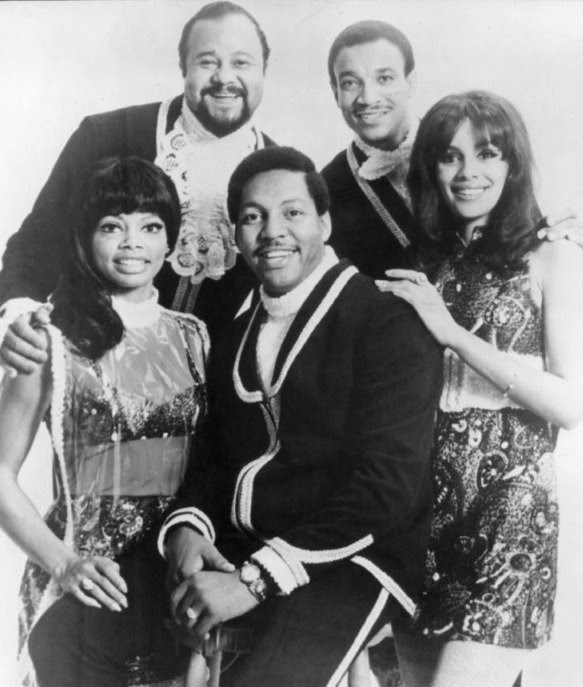 The singers in this video are the original five members including Marilyn McCoo and her husband now of 40 years, Billy Davis, Jr. They are in the front right and center. The other members are Florence LaRue (front left), and (back row) Lamonte McLemore (left) and Ronald (Ron) Townson (right).


Of the original five, only Ron Townson has passed away while Florence LaRue is apparently still part of the group.
Yes, The 5th Dimension is still together today although, obviously, there have been many different members over the years. The group in its current incarnation still occasionally performs.
I remember Marilyn McCoo from her days hosting Solid Gold. The Solid Gold dancers used to upset my maternal (Polish) grandmother greatly because of how, to her, risqué and even vulgar they appeared. Even at age 10, I thought that was hilarious, especially in the manner in which she complained.
*******


Blog Editor's Note: Let me just say here that I have noticed that the upfront commercials are now embedded in some of these YouTube videos. Previously, they were not included in the actual embedded code (only on the YouTube site itself) If this becomes a problem, I will discontinue this jukebox series because I'm not turning this blog into a frickin' forum for commercials. Wall-P and its endless tooling for mega-billion dollar corporate interests and "the internets" can go to hell. So far, it seems to happen with just one of the three embedded videos and you can skip the commercial in five seconds.
*******

"Joanna" by Kool & the Gang from the group's In the Heart album (1983)
This is a nice song. The video is a bit melancholy, though, as the older woman remembers her younger days as a dancer at the Cotton Club while her present life is as a waitress in a diner.
*******

And now for something really Saturday night "old school" energetic in the house dance style ...

"Everyday" by Kim English - Hex Hector vocal remix (2002)
To be clear, I'm not sure of the year the legendary club DJ Hex Hector did the remix, but the song itself came out in 2002 as a single and that's probably right around the time he made it. The lyrics don't really start until about the third minute.
This reminds me of the old school "dance" party nights at D.C.'s amazing Nation night club in 2001 and 2002, specifically, on Saturdays when it was the gay-themed "Velvet Nation." I personally saw English perform there one night on the big stage. Nation was the old Capital Ballroom and -- back in the 1940s or so -- a munitions depot. Nation closed in 2006 and was soon demolished. An antiseptic and (as of a year ago) still-incomplete office building now stands on the spot. It is situated a few blocks from the big Nationals Park baseball stadium in the Navy Yard section of Southeast D.C. 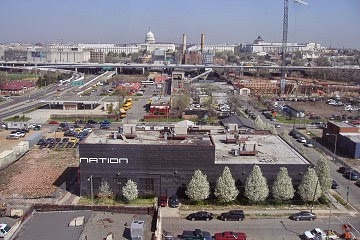 Nation back in the day, early 2000s ...
Yes, that's the U.S. Capitol dome in the distance (beyond elevated I-395). It was kinda awesome seeing it at night from the deck (sometimes with summertime foam parties underway) and you were always on the lookout for -- ohhh, never mind ... You had to be there, and you probably weren't.
You always felt like a vampire having to face the Sun when you left at frickin' dawn on a Sunday morning -- heading through that little anti-chamber out into daylight. You always were happy when it was a gray morning.
*******


As for those lyrics, they are something else -- nothing less than a spiritual paean to God Himself -- not surprising, I guess, given her background as a gospel singer and the fact that these clubs were quasi-cathedrals at the time.
The "rolling" dance floor frenzy would start with the third stanza: 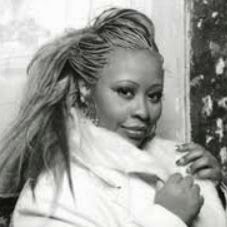 "When I look around I cannot take for granted / Things given to me / The favor I've been handed / All the miracles and wonders I have witnessed! / I do not guess - I know that I am truly blessed!

"I must keep the faith, no matter what I'm seeing / 'Cuz that's the key unlocking my receiving / The impossible taking place in my life / The greatest steps ascending to those higher heights! 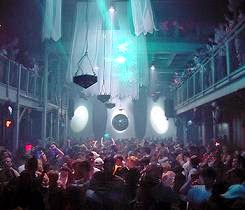 "I got my health, I got my strength, I'm in my right mind / I still have breath so I got hope that love is on my side! / And where I go I know I need not look behind me! / He keeps me safe and this is something He does everyday! (Everyday!)" [Repeat]


OK, that's all for now. As a micro-update I had a really good three-part gym workout today and feel well for it. Last night, Gary and I went to Rock Bottom in Bethesda instead of staying around our usual Dupont gayborhood. As for tonight, I'll probably go to No. 9 and/or Nellie's. I'll try to update the blog tomorrow.
--Regulus
Posted by Regulus at 9:55 PM