I'm still trying to get the year off to a good start despite my job worries. In that spirit, here is my first piece for the very first Jukebox Saturday Night entry of 2015 ...
"Serenade in Blue" by the Great One himself, Jackie Gleason year uncertain but likely circa 1954, and released on the posthumous CD compilation Body & Soul (1995)
To be clear, Gleason -- arguably best known as Ralph Kramden on The Honeymooners and more generally famous as an actor and comedian than a musician -- conducted or at least conceptually arranged the pieces for subsequent orchestral play. 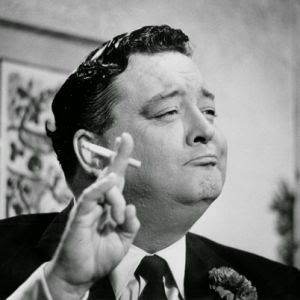 True, there is some disagreement over the extent of his actual involvement in conducting music. Nevertheless, he lent his name and active financial and conceptual support to many romantic mood pieces in the 1950s and 1960s.


Furthermore, I intend to post more of them in future Jukebox Saturday Night entries.
*******


And now for something more Saturday night energetic ...
"Shake It Off" by Taylor Swift from her album 1989 (2014)
You may or may not be aware of the popular "mash up" of this Swift song set to the opening dance number an event referred to as the 1988 National Aerobic Championship. It was sponsored at the time by Crystal Light drink mix and, I believe, was put on by the Association of National Aerobic Championships (a still-extant organization).

You can read this Nov. 2014 article on Huffington Post about the altered video. (This article initially stated that video clip was from the 1989 championship, which would have indeed been perfect given the album name. As for the name "1989" for this album, I suppose it's because that was the year Swift was born.)
That video -- which is quite spectacular to watch on a large TV screen -- has been shown at No. 9. I would post the remaining YouTube version of it (the one linked in the in-line text of the above article was removed for the usual internet garbage and bullshit reasons that enrich Wall-P and his ilk) but the entity that posted this other one so fouled the footage with bleating red messages and talk over -- and for a site that seems little more than a malware extravaganza -- that I am not going to embed it here. However, the link to it is here (it's the video embedded in the above article).
******* 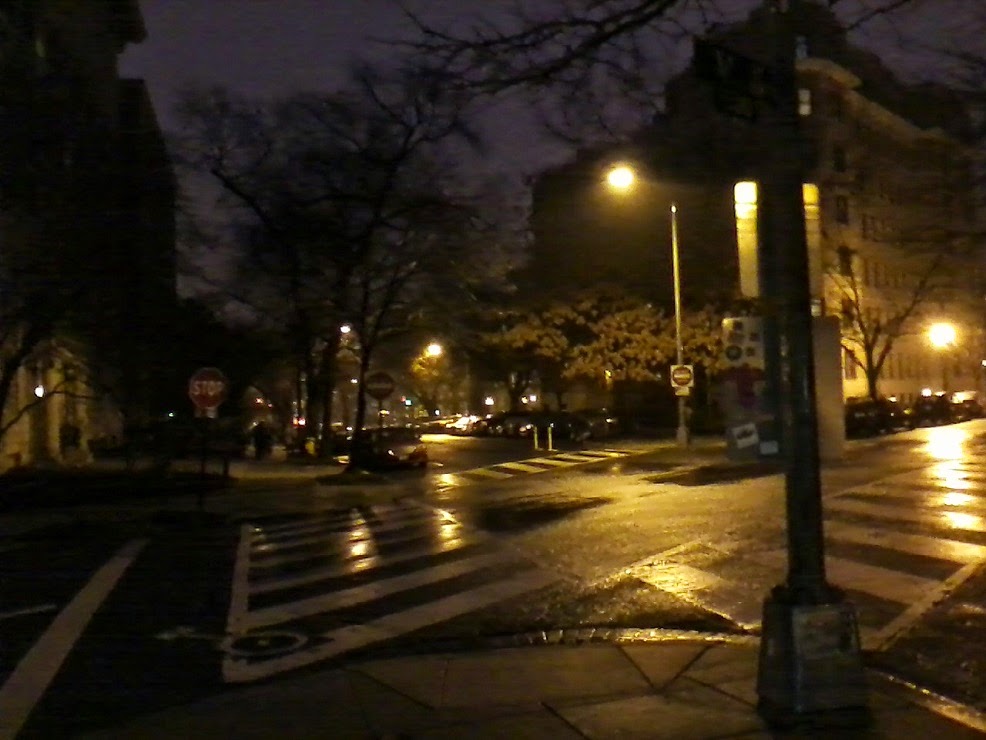 
As the briefest of updates, I had a really good three-part gym workout today and I also got a haircut at Hair Cuttery. Bea cut my hair again. It's always a tough choice between her and Brittany.
It was drizzly and foggy earlier but now it is just outright raining with temps. around 41F and slowly rising. It is supposed to get wintry cold next week although I'm not going to discuss any frickin' thing related to snow or snow prospects this winter season in Metro Washington, D.C. Enough is enough. 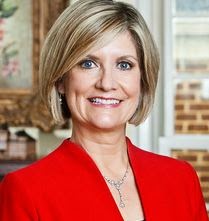 Any such discussion merely helps the Sterling LWX crew and their pet Palka-Cabra She-Dragon with their anti-snow / anti-weather black magic.

I'm heading to No. 9 in a bit, although I should stop by Larry's Lounge if only to the Milwaukee Rabbi who is in town this week.


OK, that's all for now. I intend to update the blog tomorrow.
--Regulus
Posted by Regulus at 9:12 PM