Another Beach Day On the Sea of This Life 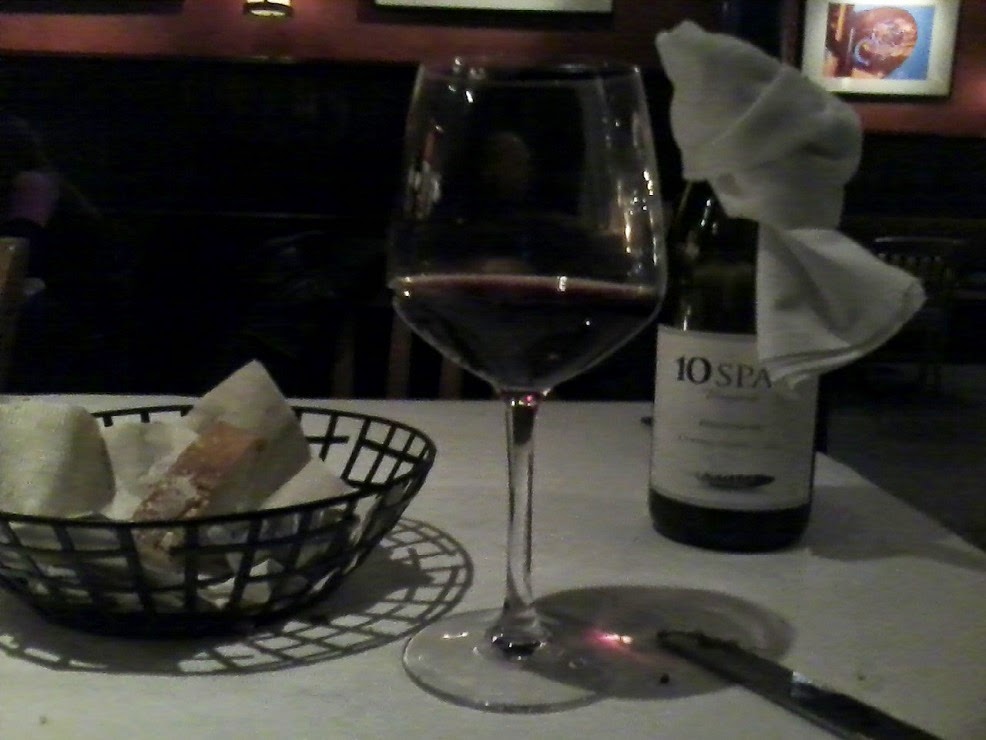 (As an after-the-fact upfront comment, I was in a far worse mood when I started this entry than by the time I finished / posted it.)
*******


To quote my late paternal grandmother whom I still miss very much: "Another day, another bitch day."
Of course, she said that in the 1970s in Long Branch, New Jersey -- a time and place that I look back upon very wistfully and as a sort of halcyon days of my childhood. So I guess there is a certain relative quality to these things.
But Washington, D.C., in the year 2015 just sucks as does America in that it has become a corporate dystopia yet still thinks its starring forever in some John Wayne film fest. We've not created a Shining City on a Hill but a nightmarish Blade Runner-esque dystopia that only Fred Hiatt's Washington Consensus crowd could love. 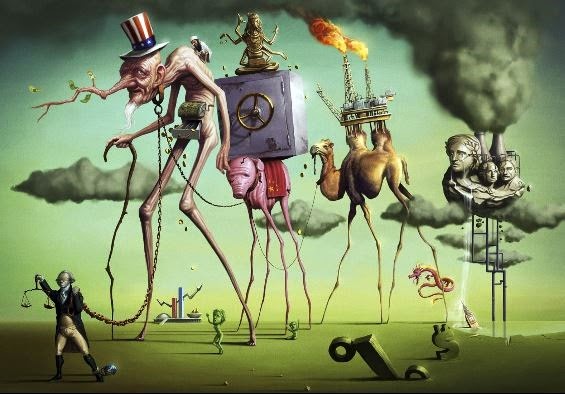 The Empire is collapsing even if some things are better now than they were five years ago, despite endless GOP perfidies for which they only electorally rewarded by a sick and broken system. The sickness of our politics is both symptom and cause, inextricably wrapped up with an out-of-control, conceptually failed, oligarchical economic system that generates so many partially and wholly sealed information and entertainment bubbles driven by a fanatical obsession with amassing endless money and power to keep the whole goddamn merry-go-round system going.
Since it is on topic, Paul Krugman's Monday New York Times op-ed is quite good and worth reading (link embedded): Hating Good Government.
And, as ever, you should read his daily blog as well.
Oh, and make sure to tell any nearby Teabaggers: Anthropogenic climate change is happening. Or to put it in easier-to-grasp words, manmade global warming is real. 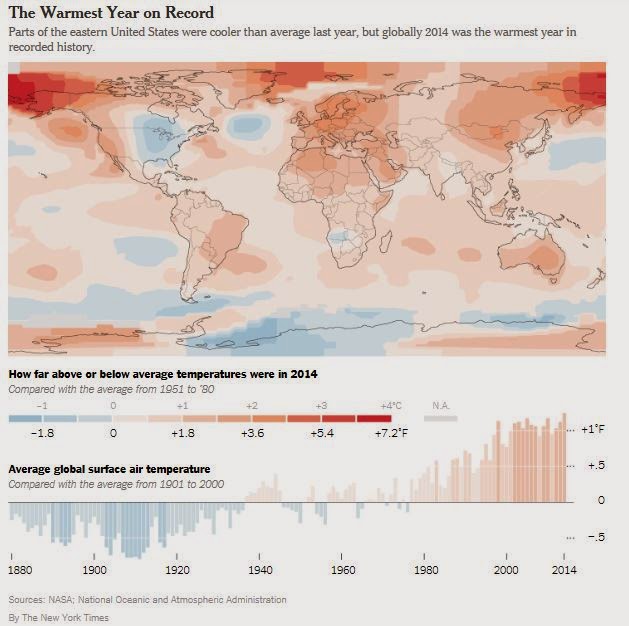 I'm not even going to bother to caption this. Just read the article and go found out yourself. Feel free to ask if you have any questions.
******* 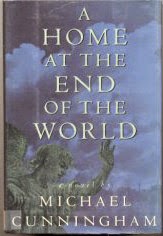 As for Washington, D.C., I wish I never came here, except I'm not sure where else in the hemi-demi-semi paradise that is America I could have lived ... San Francisco? Minneapolis? Chicago? Boston? The choices in this country are limited. If I could open it up abroad, I would choose Auckland, New Zealand. More realistically for me, I suppose I could be happy in Cape May, New Jersey.


As for this bitch day, I actually have it off for the MLK Federal holiday. Of course, I run the real risk of being laid off at work in the next few weeks, if not sooner, as my main source of client-supporting work as dried up, at least for now, and the corporate communication work I am supposed to be doing doesn't really seem to be getting off the ground. 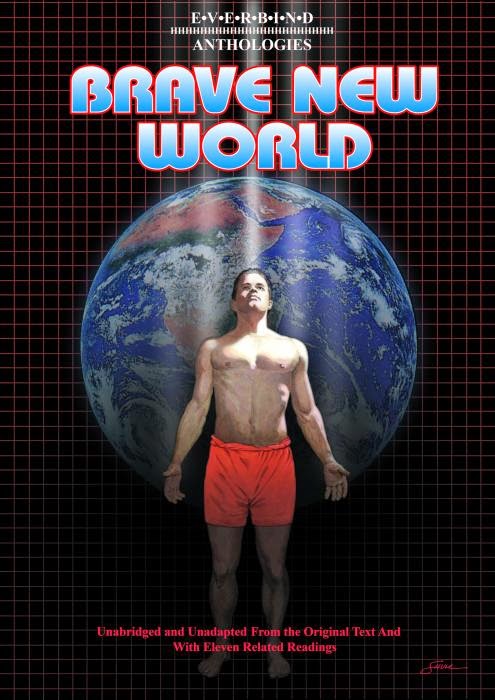 Indeed, it may have crashed even before it started -- and it did so, apparently, because I'm me with all my neuroses and inability to work diplomatically and deftly within a context of corporate synergies in client solution space, always saying the wrong thing and giving off the wrong vibe so that the quality and the money flee and I'm left with me.

This drawing reminds me of -- oh, never mind.


As for my weekend, after my Friday night follies the rest of it was actually OK. (As for those follies, I see that I narrowly avoided a disaster but perhaps not enough to maintain a certain person's friendship. As it is, he's leaving in a few months anyway.)
On Saturday night, after going to Gary's place, I went to No. 9 and then to Nellie's. And, yes, biked all the way from 16th and V Streets to 16th and Longfellow Streets and then back and then some, although the return included some side streets just off 16th Street. I especially like that area around Delafield Pl, Decatur St, and Piney Branch Rd NW, all the more so biking on a cold winter's night. 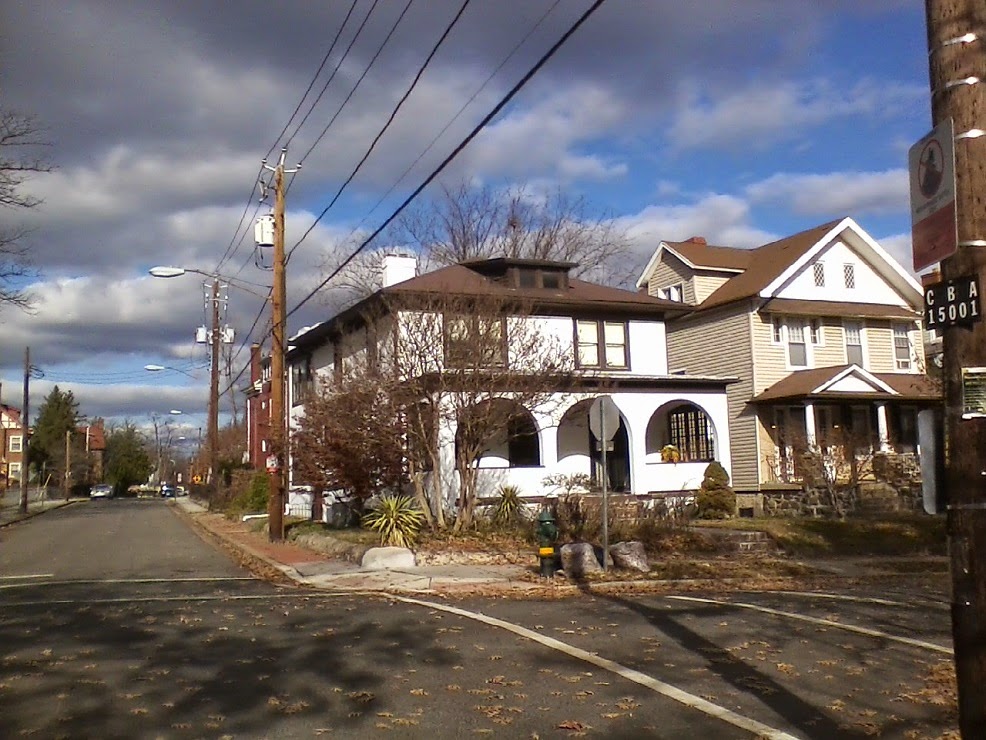 
By the way, Nellie's, at least on weekend nights, has basically half turned into a straight bar now with so many loud, aggressive, intoxicated young women and their boyfriends, although it always manages to gay back up just before it closes. But I had a really nice conversation with the identical twin bartenders (well, one is a bartender and the other is more security).
They are from Chile -- in fact, they grew up in what is one of the driest cities on Earth, Arica. They also have a passionate interest in all things astronomy and the pictures they have taken even on visits back home to Chile and even trips out to the Shenandoah are amazing. 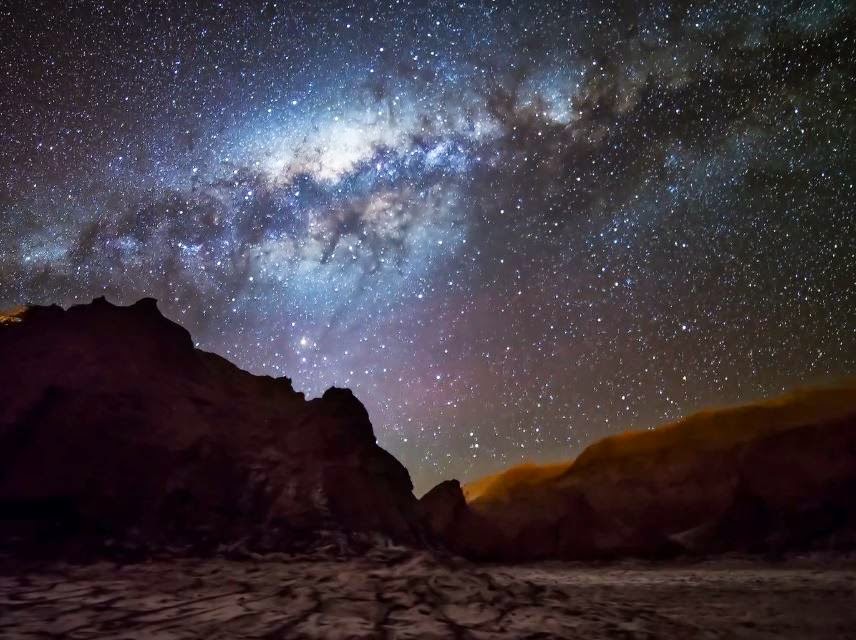 
I also talked to Cole. He seemed quite happy to see me. I hadn't been there in over a month.
As for yesterday, the low-light of it was that I dyed my hair -- using that stupid pack of dark brown "Just For Men" that I've had for years now -- and although this color is nominally what my hair was, say, 15 years ago, it looks like crap. 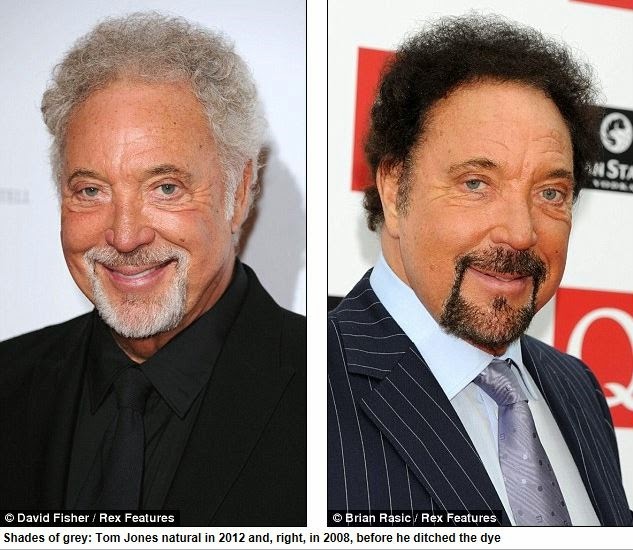 You can't hide age and you shouldn't fight it -- except to do exercise and try to eat right and not be an alcoholic (check, check, no check). I just look stupid now, exacerbating the indeterminate aged man-child appearance I have. And spare me any cheap, idiotic compliments about liking "battleship gray" or "salt and pepper" (I hate that one even more). 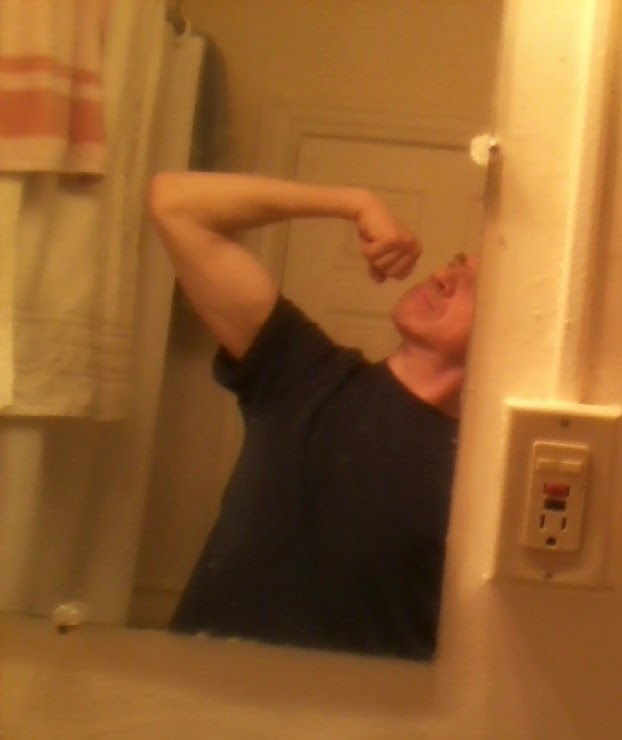 The good news is I'll just get my hair sheared a bit early and this failed experiment will have ended. Also, this dye crap tends to fade rather quickly with me, and I just revert back to the 45-year old, ashen-faced, cat-eyed, odd-looking leprechaun I am. (Yes, that's I.)


The highlight of yesterday was meeting a co-worker friend, MM, at No. 9 and having a nice talk and then an unexpected dinner -- on her -- at Logan Tavern. That was actually quite nice. 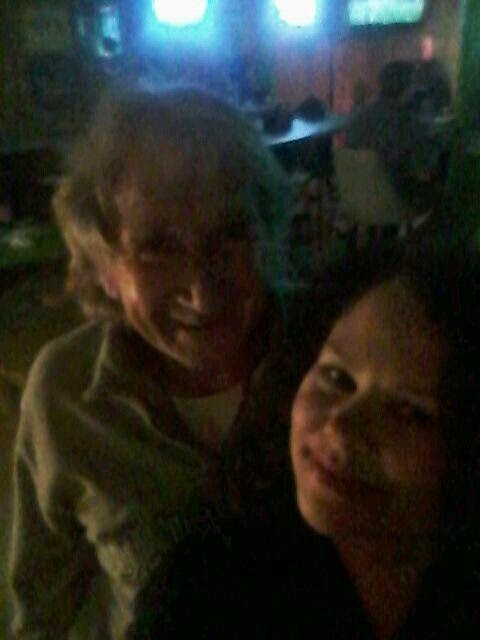 While I was there, I got a picture message from a person named Tammy in Florida, and it showed her and my dad at a place called Johnny D's in Flagler Beach, Fla. It is posted at left. Actually, I didn't recognize Tammy at first as I've not seen her in at least a decade. She lives in or near Orlando with her husband and daughters.


Tammy is the daughter of Janet, my dad's long-ago girlfriend / partner he met back in New Jersey. He ended up in Florida back in 1993 because of her. She subsequently died (in 1997 or 1998), though I've never been sure why. She was alone in a trailer in Port Orange with her three cats on her bed. (My dad took in her four cats and added them to three he had at the time.)
I am planning on finally visiting him around Memorial Day (provided that Shannon is really out of the trailer for good and not around).
OK, I think that's all for now. I might try to go back to sleep for a bit as I woke up around 4:45AM after just three hours of sleep, and I'm still tired, although it is already 10AM. My main goal for the day is to the gym around 1PM. I'm supposed to meet a friend later at Teak Wood. 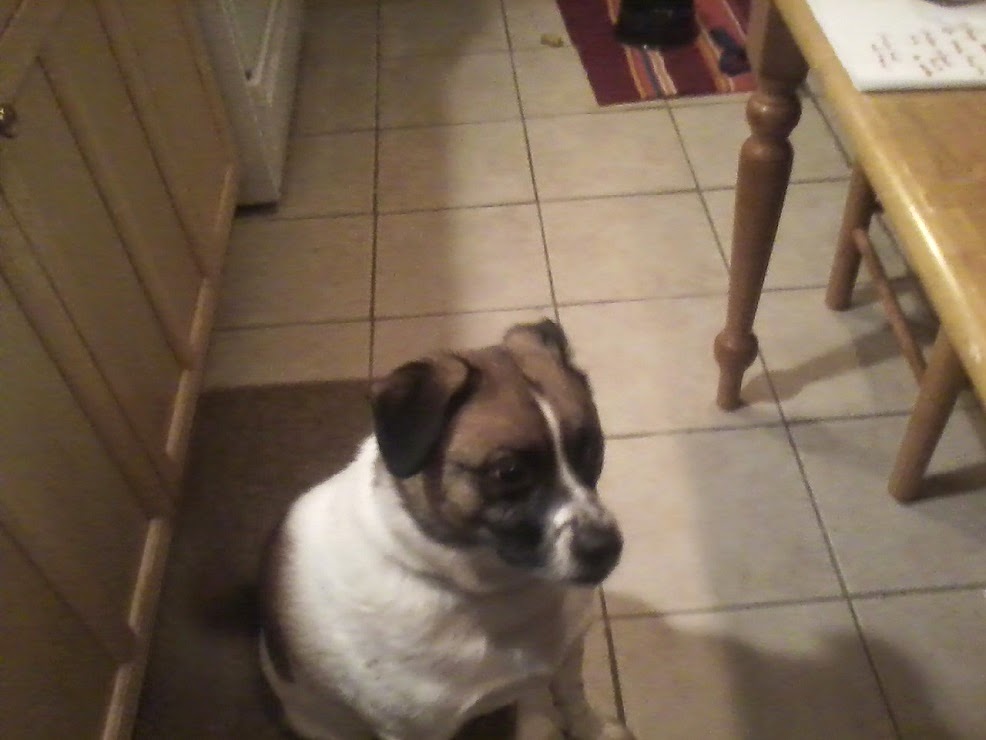 Howie's dog Pippin at Gary's place on Saturday night.
Pippin is a strange mix of puggle and Saint Bernard. Howie and Gary were jetting off to Aruba on Sunday morning and Kristof and Dilshan were there to take Pippin to Dilshan's place for the weekend. Then he'll stay with Kristof until Howie and Gary return next weekend. I like Pippin, but he's an odd dog. He is kind of a spasmodic eating machine -- and those eyes make him look like he's whacked out or Oxycontin or morphine.
On Saturday night, he was around, like, six gay men eating Chinese food and drinking wine in Gary's apartment. No wonder he looks confused.
******* 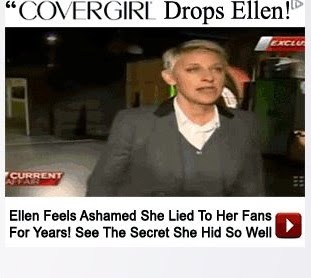 Could somebody explain the internet racket on the Yahoo mail main page (naturally, with Yahoo's bought-and-paid-for streetwalker permission) with some stupid ad screaming "COVERGIRL Drops Ellen!" (as in Ellen DeGeneres).
It features the same looping JPEG image of her supposedly ashamed and in tears walking through some TV studio because she "lied" about some make-up related secret, and it includes the same dumb-ass looping image file.
What horseshit. 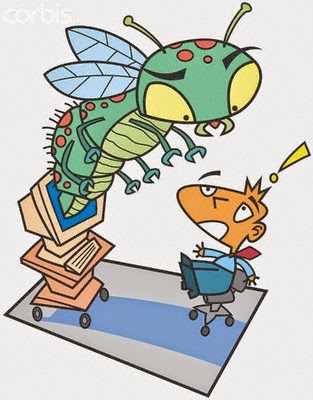 And God forbid you inadvertently click over the site -- it's basically malware. I did so by chance the other day because it has been strategically placed over the sign-out section, which drops down over it. That's supposed to be so fucking clever. Ohhhh, I'm impressed. Wall-P probably is because money is to be made.


It has been fouling up the site for days now. When I accidently clicked on it, I had to kill the Internet Explorer process outright because the site tried to hijack my computer with some Chinese-like pop-up ad screaming "ARE YOU SURE YOU WANT LEAVE WOMEN'S (something or other bullshit)" and there is no option to get rid of it short of killing the IE process. I ran a spy sweep and it found nothing, though.
Regardless, this is why I hate the internet: It is one ginormous money-racketing cesspool of no value to which society is a slave.
Good morning.