A Good Life and a Wonderful Century-Long Ride: On the Passing of My Great Aunt "Babe" 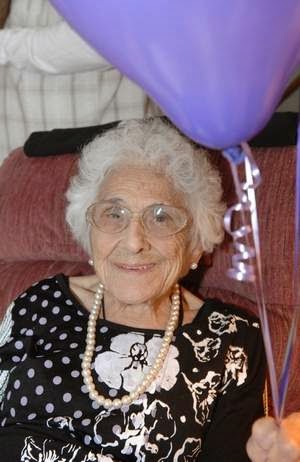 It is with sadness that I note the passing of my great Aunt Babe, my late paternal grandmother'syounger sister and the last of the original Acerra clan of 16 children. Aunt Babe outlived all her siblings in terms of age by at least 15 years and enjoyed those years in decent health and with the love and care of her two daughters, Elizabeth (Betty Ann) and Mary Lynn, and son-in-law, Richard.


Above: The photo for the Asbury Park Press article dated 1/26/2013 noting her 100th birthday.
Aunt Babe was born Leonilda Frances "Babe" Christopher (nee Acerra) on or about January 24, 1913 (her birth was officially registered on January 26, 1913) in Long Branch, New Jersey. As an aside, her first name was always assumed to be "Frances" but less than 20 years ago, upon discovery of her birth certificate, it turns out "Leonilda" was her actual first name. Even she did not know this. 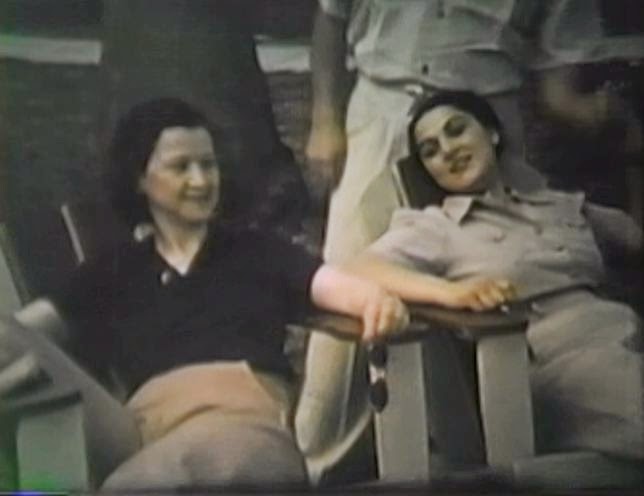 A still frame of an old home movie (filmed by my grandfather) showing my grandmother, Florence Todaro (left) and Aunt Babe lounging on chairs on some long-ago road trip to Florida circa 1950 with their husbands.
*******


Aunt Babe's husband -- my great Uncle Dominic Henry "Christie" Christopher -- passed away in 1977. (I was 7 and his was the first funeral I had ever attended).
(The (apocryphal?) story is that my grandparents and Aunt Babe and Uncle Christie went on a double date with the intention of going out with the other but at the last minute swapped dates -- and the rest is history. Imagine the alternate history ...) 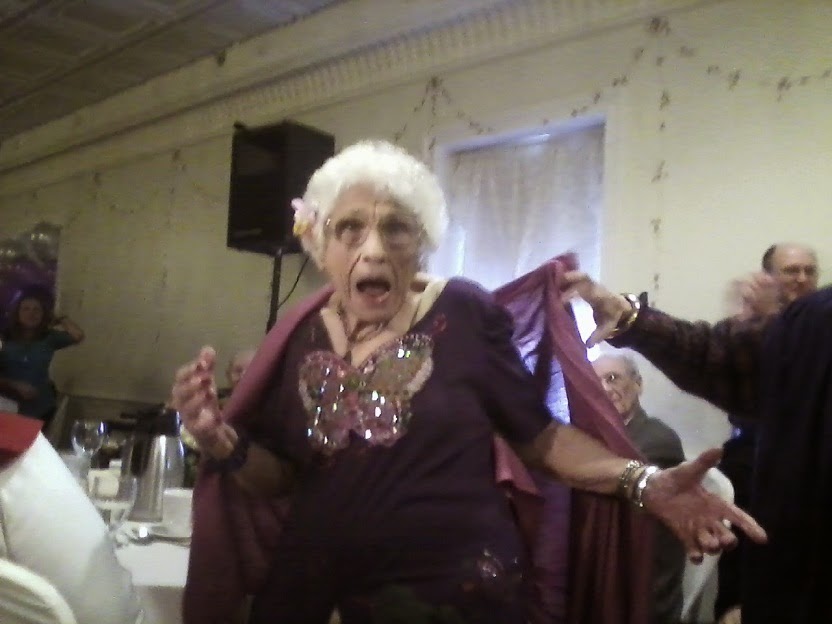 
Recall I attended her 100th birthday party with my mom and my dad -- in what was the first in decades and likely last time they will ever attend an event together -- on January 27, 2013. My mom, Ray, and I drove up from Maryland (I met them at BWI Rail Station) and my dad all the way from Florida in what was likely his last visit to New Jersey. 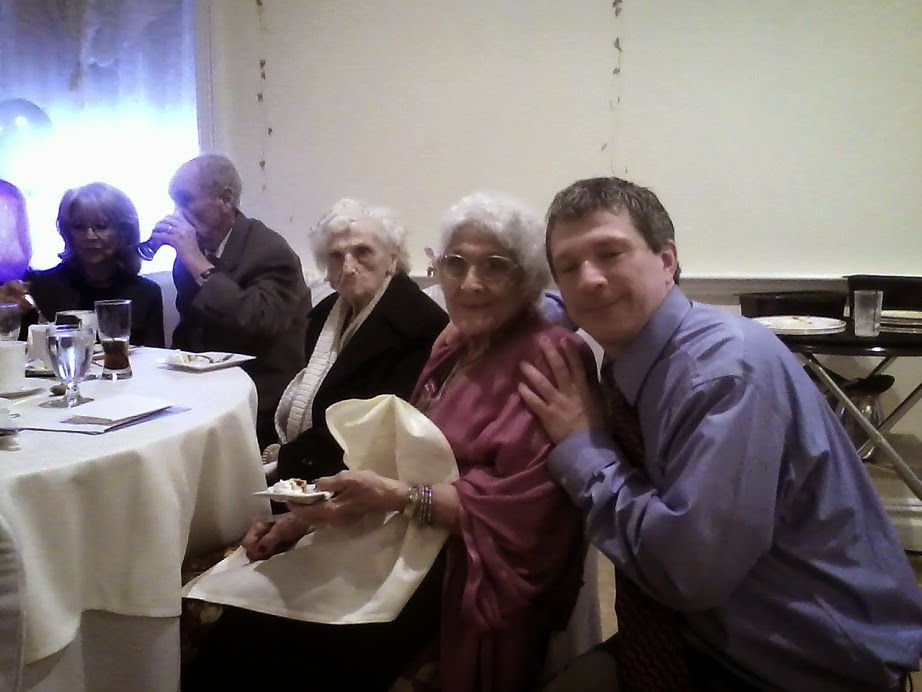 
I don't have any information on funeral or other memorial services for Aunt Babe at this time. My mom and I agreed that we would attend any services for her (if that's what Betty Ann, Richard, and Mary Lynn would like). 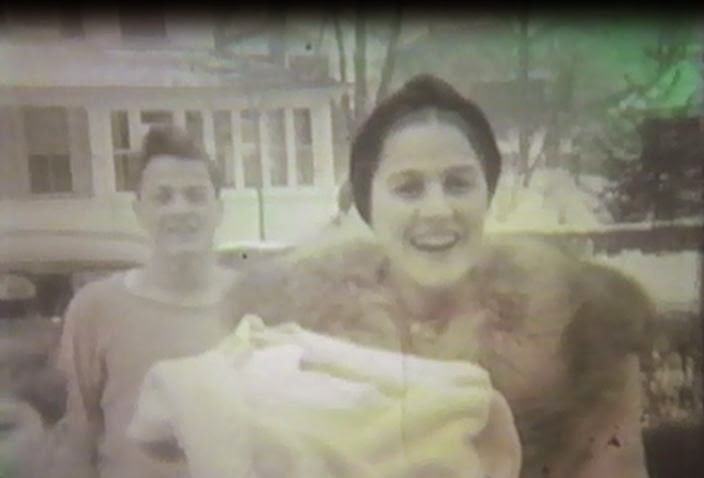 A still-frame from another one of my grandfather's home movies showing Aunt Babe holding my infant father in late January or early February 1941 in Long Branch, N.J. The boy standing next to her is, I think, my Uncle Louie (the youngest of the 15 Acerra children who made it to adulthood).
*******


Of the four Acerra brothers who were at that event -- my Uncles Bubby, Freddie, and Eddie -- all of them passed away in the intervening two years.
Changing topics, there is another more difficult topic that I need to relate involving my dad but I'm not going to ruin this particular blog posting by going into that particular matter in this entry. 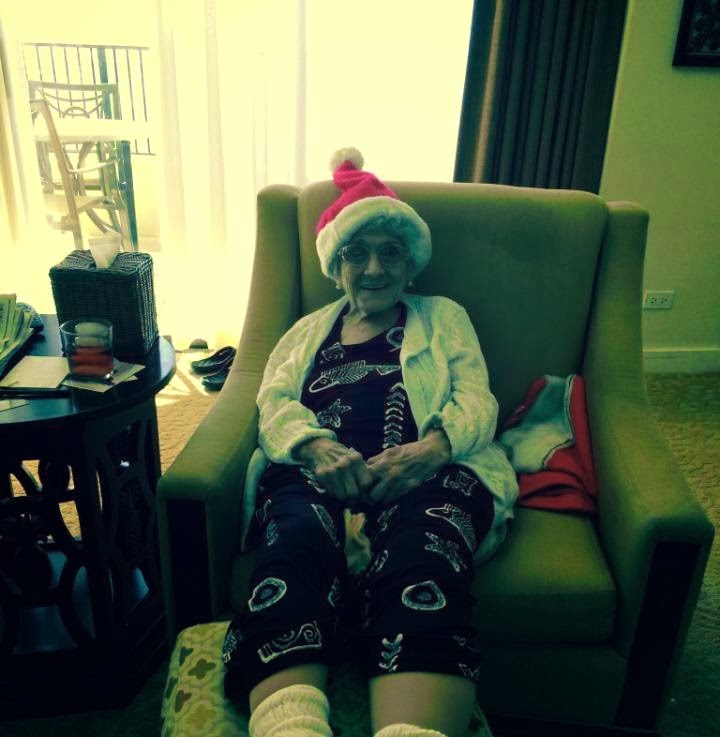 Aunt Babe on the last of her annual Christmas time trips to Honolulu, Christmas Eve 2013.
She was rockin' that Santa hat!


It was a wonderful ride, Aunt Babe. May your next journey be as good and filled with as much love as was this one. You will be missed and remembered.
--Regulus