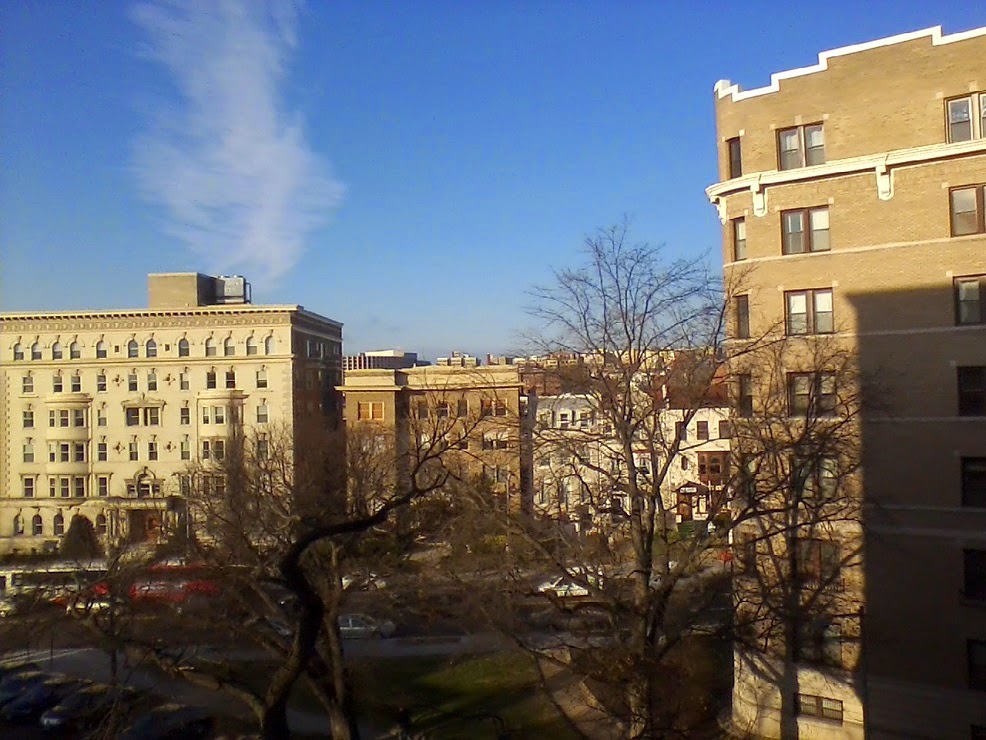 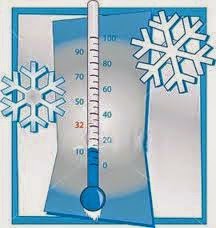 It's a blustery morning with a gusty northwesterly wind around 18MPH with gusts to about 30MPH. Temps. are around 42F but will fall throughout the day across the Metro D.C. area as much colder air advects into across the entire region. By tomorrow morning, temps will be in the mid-20s F.


Last night, a cold front blasted through following a warm (67F), showery day that ended with a burst of heavy, wind-blown rain around 730PM (0.70" fell at KDCA over two days). It was quite an un-January-like evening. This was followed by rapid clearing and windy, sharply colder conditions under a dazzling, high-riding full Moon.
Looking ahead, a potent Alberta clipper system -- presently still over the Northern Rockies but racing along the northwesterly flow -- is forecasted to bring a swath of accumulating snowfall to the upper Midwest, Great Lakes Region, and Ohio River Valley before crossing the Appalachians and reaching the mid-Atlantic by tomorrow morning. 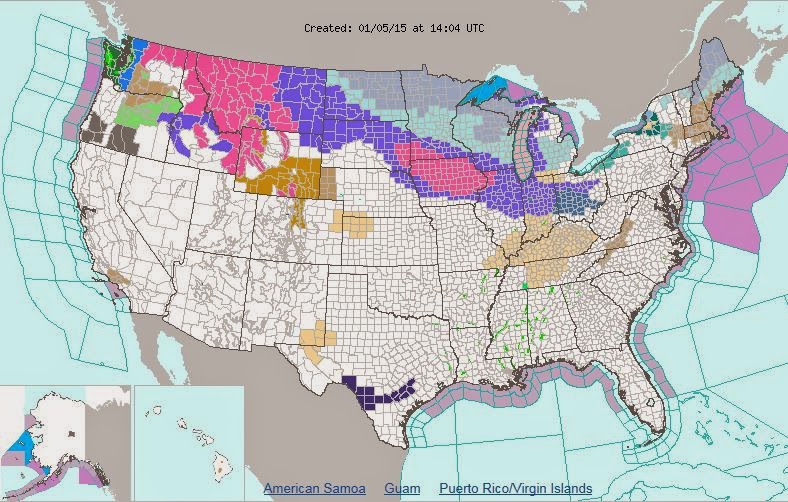 NWS advisories for the United States from the main NWS website, updated 1404UTC January 5, 2015.
This map doesn't include the codes but the main colors include winter weather advisories (bluish-purple) and winter storm warnings (hot pink / magenta). There is also a winter storm watch over parts of Ohio (navy blue).
*******


Right now, Sterling LWX has a 90POP for snow right here in D.C. with 1 to 2 inches of snowfall, which would be the first measurable snowfall of the season if -- and the "IF" is always huge here in D.C. -- that happens. If it still looks promising by later today, I'll check in with the Capital Weather Gang site. I've been avoiding it for weeks.
There are no advisories in effect at this time here.
It is then going to get Arctic cold later in the week for a few days with highs on Thursday only around 21F and lows around 13F (and much lower in the outer suburbs / exurbs and into the mountains, probably testing 0F in the Potomac Highlands and along the Allegheny Front).
I intend to update the blog tonight after the gym. Barring anything major -- such as my feared layoff at my job or other big development -- I will post another weather-themed entry including an overview of 2014 precipitation stats at the four regional climate stations (KDCA, KBWI, KIAD, and KDMH).
Later this week, I fully intend to post the second half of the Buffalo pictures.
Oh, yes, last night at Larry's Lounge, where I got to see my little Brady as Chris unexpectedly showed up and brought him along. I love that little dog. I didn't get any pictures of him, though.
--Regulus
Posted by Regulus at 9:19 AM