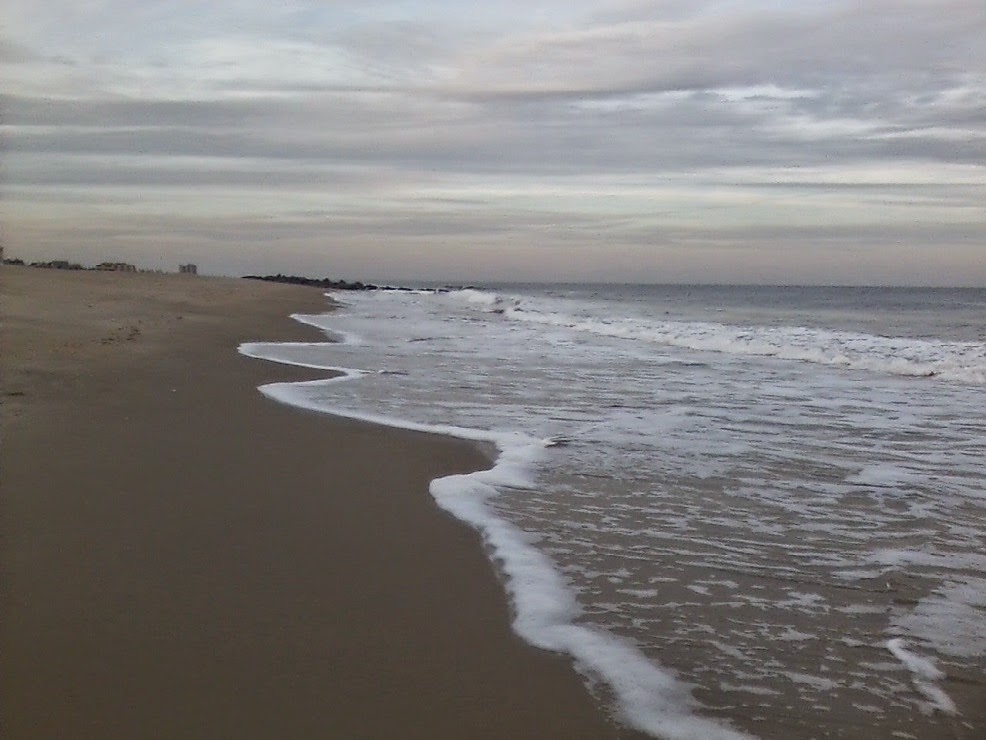 Evening surf on the beach in Long Branch, N.J., 4:29PM January 23, 2015.
This is looking north toward New York City and Long Island, which is just beyond the horizon. Farther north in Sea Bright and on the Sandy Hook peninsula, at night you easily see the lights of Brooklyn and Queens and, day or night, you can observe the lower and midtown Manhattan. Atop the hill in the Atlantic Highlands by the Twin Lights, the view is nothing less than spectacular.
Oh, yes, it was wintertime, so no need to follow that quirky New Jersey feature of having to pay to go on the beach (except in the Wildwoods).
*******


For the umptity-umpteenth time, I'm sorry for the lack of the planned entries on this blog and instead just a series of disjointed "updates" and ultimately "reactionary" posts to this or that major event that captures my attention, in this case, the big New England blizzard.

To be clear, I am not a content-generating machine, in particular because I do this for "enjoyment" on my own time. It is also, to quote what my father once shrieked at me concerning a written journal I kept, obsessively, slavishly for decades through tens of thousands of pages: "WRITTEN IN WIND!! WRITTEN IN WIND!!"
*******

As for that blizzard and its wind  ... 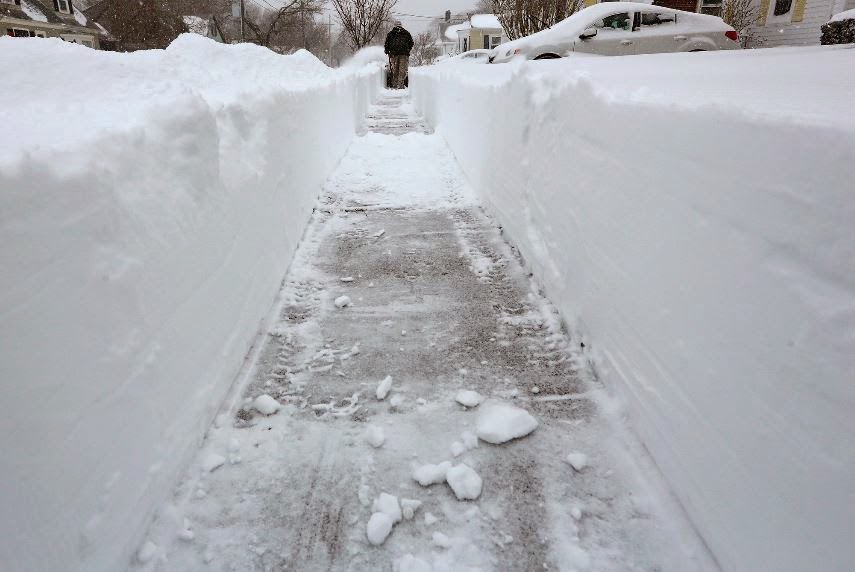 
I'm not going to post a big, huge entry about it except to note the blizzard that struck parts of New England and Long Island that resulted in final snowfall amounts in the 20 to 36 inch range and winds to 70+MPH, which produced battering waves and shoreline flooding. Here is a New York Times article about the blizzard. 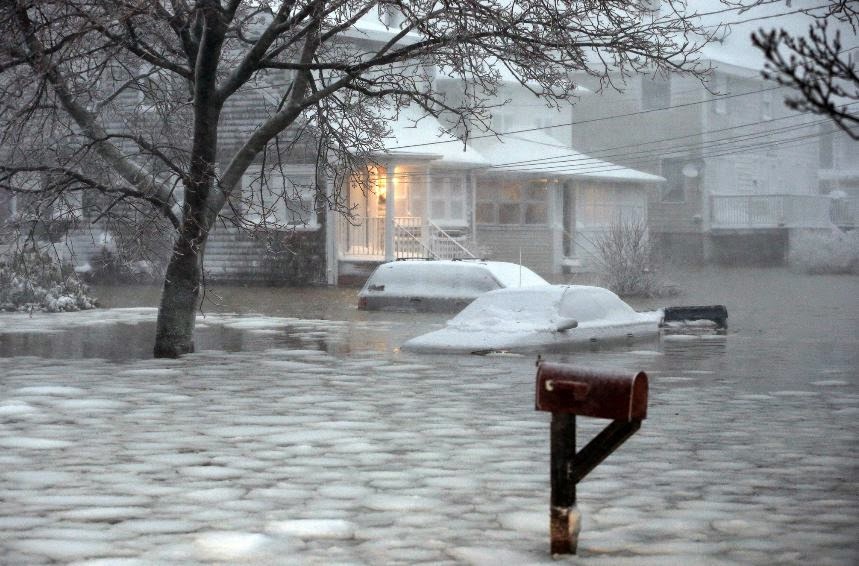 
As everyone by now knows, despite the dire forecasts and all the massive preparations, the blizzard just grazed the New York City area and basically missing the Philly area. Here in the D.C. / Baltimore area, it was actually not the usual total and complete bust as light amounts fell due to a convergence zone that set up. Two-day totals in our area ranged from a coating to 4.5 inches in Germantown, Md. At the three regional airport climate stations, the totals were: KDCA: 0.6 inches; KBWI: 1.0 inches; and KIAD: 1.9 inches. 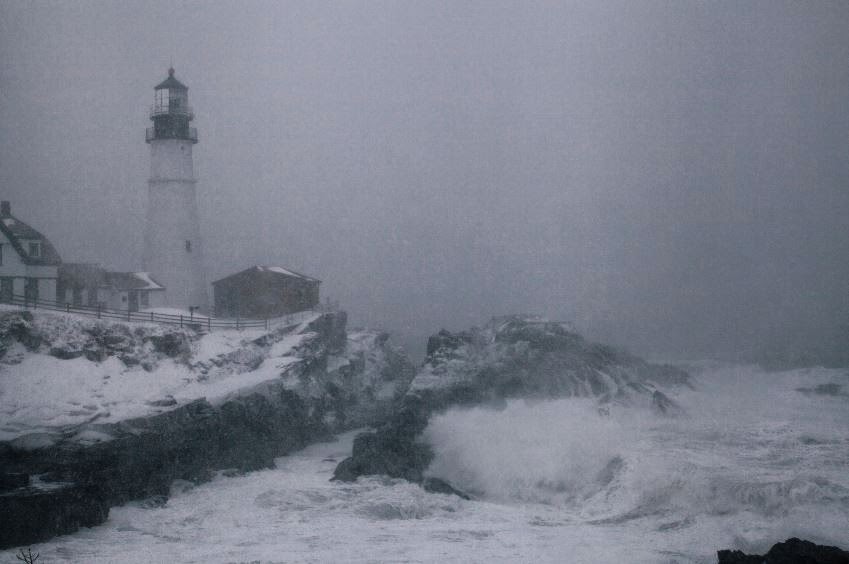 Kind of an amazing and awesome picture of battering ocean waves during the raging blizzard at Portland Head Light, Cape Elizabeth, Maine, January 27, 2015.
*******


I might update this entry when I have more time to include some official climate station and other totals. For the time being, here are a series of images from the Philadelphia / Mount Holly NWS website showing the snowfall totals from Boston to Washington ... 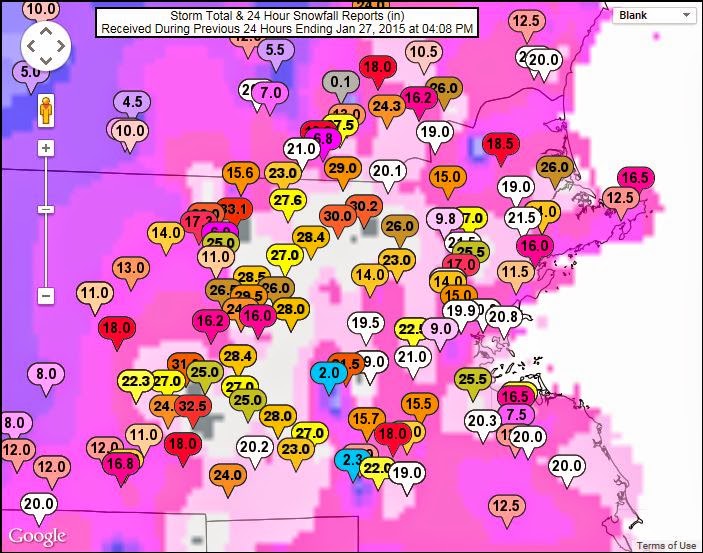 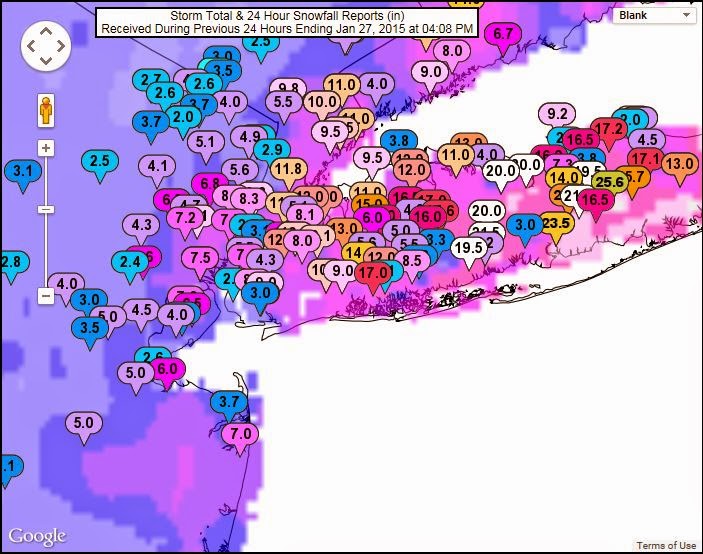 Storm and 24 hour snow totals received in the previous 24 hours through 4:08PM January 27, 2015 for the New York City Metropolitan area including parts of New Jersey and Long Island.
Central Park (KNYC) itself officially recorded 9.8 inches for the storm. Newark Airport had 6.5 inches; JFK Airport had 10.7 inches; and LaGuardia Airport had 11.0 inches.
******* 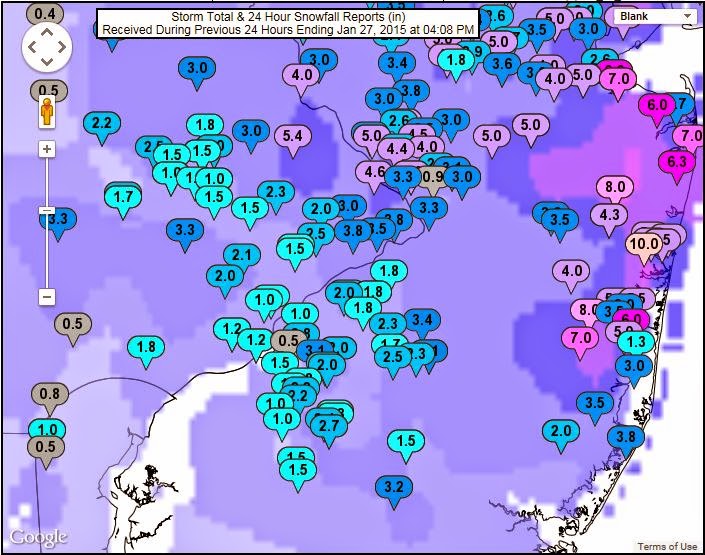 Storm and 24 hour snow totals received in the previous 24 hours through 4:08PM January 27, 2015 for the Philadelphia Metropolitan area including southern New Jersey.
Philadelphia Int'l Airport (KPHI) had only 1.2 inches of snow.
******* 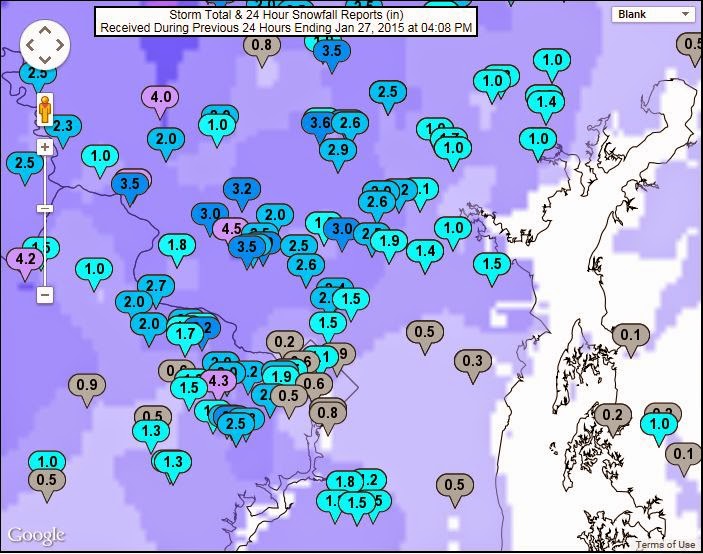 Storm and 24 hour snow totals received in the previous 24 hours through 4:08PM January 27, 2015 for the Baltimore / Washington region including central Maryland and northern Virginia.
*******


There has been this time around an even bigger "why was the forecast wrong?" and what to do about it for future events. I should note that the GFS was more accurate than the Euro (ECMWF) and the always-problematic NAM. Of note, Gary Szatkowski, the meteorologist-in-charge of the Philadelphia / Mt. Holly NWS Forecast Office, even apologized profusely via a series of tweets for being so wrong. 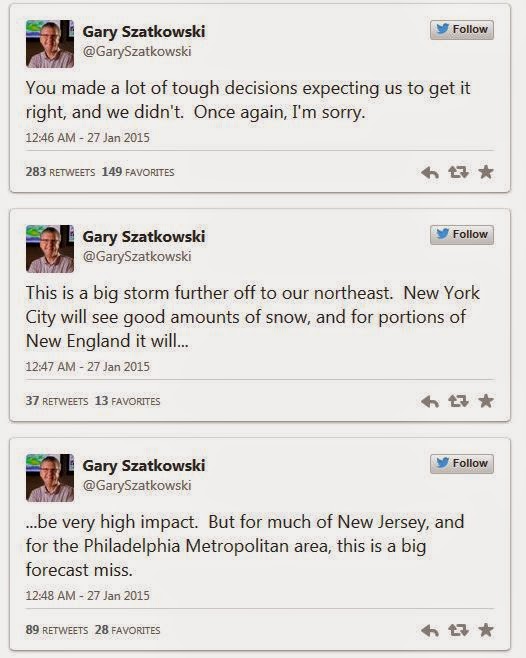 NWS meteorologist Gary Szatkowski's apologetic tweets for the botched forecast in the Philadelphia area, where up to 14 inches of snow was forecasted but only 1 to 4 inches fell.
*******


OK, that's all for now. I need to get to work.
Oh, yes, at this point, I need 6 to 8 hours to compose the entry featuring all the pictures from my New Jersey trip last weekend for the funeral for my great Aunt Babe. That is probably not going to happen until this weekend.
--Regulus