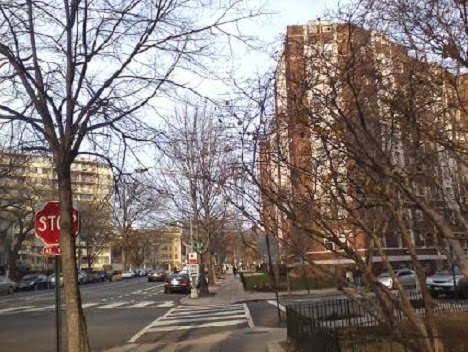 
As a brief update, I'm back from the gym but soon to head out to Jake's place in Crystal City for a holiday party. I need to stop at Trader Joe's to get a cheap bottle of wine that I am bringing as part of a "white hippopotamus elephant" party.

Yes, a cheap bottle of wine.

It was Fred Sanford's drink of choice. The most famous lines in the episode "The Party Crasher":

Actually, I got the Trader Joe's idea from Jamie's girlfriend, Jenny, last night at Fox & Hound. I had gone to No. 9 but soon left and was walking to Larry's Lounge but detoured past F&H to see if Jamie was there and, sure enough, he was and, as usual, engaged in this card game called "Magic (The Gathering)" that occupies so much of his waking hours when he's not general managing Floriana.


Jenny was there with some Georgetown Law School student friends and I had a really nice chat with this young, brilliant, very affable man named Zach (all 6' 5" of him).
By the way, Fox & Hound is part of the adjoining restaurant Trio, although there are separate entrances. The receipt I got shows Trio's address but gives its postal "ZIP" code as 20007. That is incorrect. That is the ZIP code for Georgetown. Trio's is in that little notched out 20036 ZIP code centered on Dupont Circle. Just above Q Street, it is the sprawling 20009 ZIP code, which is where I live. 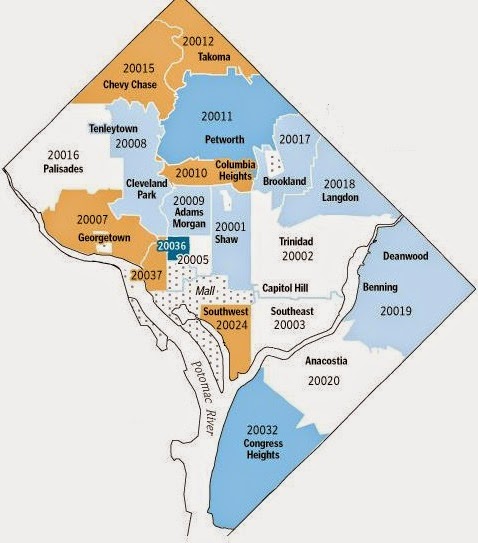 A color-coded map of the postal codes in Washington, D.C., taken from a WaHoPo article about real estate price changes in 2009 (with that info removed).
*******


Unlike almost every other most straight men I know , Jamie has introduced me to at least two young ladies who are just absolutely wonderful -- one of whom is also now a good friend of mine (Wendy). I like that fact. (Jamie is also one of the most brilliant and insightful people I've ever met.)
Usually, it's the other way around and the female in the guy's life lowers the boom and that's that -- and the man ends up a buccal-pumping frog on a suburban lily pad with a cheesecake-eating housewife, some sticky-poopy babies, and a house full of electronic and plastic junk. And you need permission from your wife just to go to the bathroom. Sort of like this: 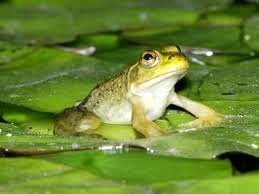 Or in the case of Wall-P, the money-and-power mongering doesn't change but you do end up with this kind of wedding: 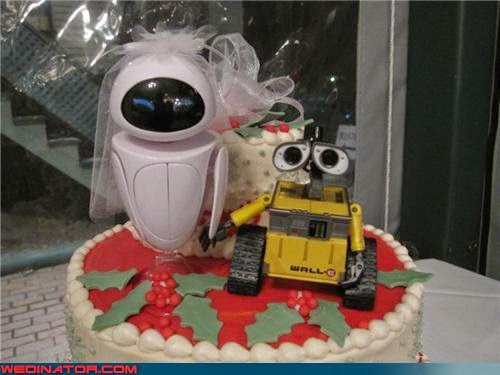 You also live in a 28-room mansion in D.C., except upon moving in, you painted all the lovely pastel colored walls (a common and aesthetically-pleasing feature of D.C. row homes) a banal off-white and then proceeded to hang on those walls African face masks (and which have nothing to do with your own background, history, expertise, or anything), not to mention Velvet Elvis paintings (your idea of "whimsy" and "play" but also speaking to a deeper truth about you). Oh, and you hang up a Plexiglas fake shark mouth. 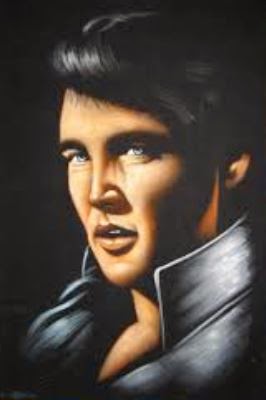 And you fill your mansion with tens of thousands of dollars worth of exotic seashells and corals that were dynamited out of distant tropical oceans that you purchased on line. Those purchases made you feel like you were really an urban sophisticate and not a tasteless tool of early 21st Century American corporate oligarchy -- Miller Lites, taquitos, poker nights, and UFC human cock-fighting on pay-per-view watched on 72" flat screen TVs and all.


By the way, Jenny is from Arizona and I related to her just what is the Mogollon Rim. (I think the double "ll" is pronounced in the Spanish way, so it would be "Mo-goh-AEE-YON" though I guess you can just say it as an English "l," so it would "Mug-ah-LON".)
Whatever you're thinking it might be, just stop it right now. The Mogollon Rim is a 200-mile long ESCARPMENT -- what a wonderful word -- that cuts across central Arizona. 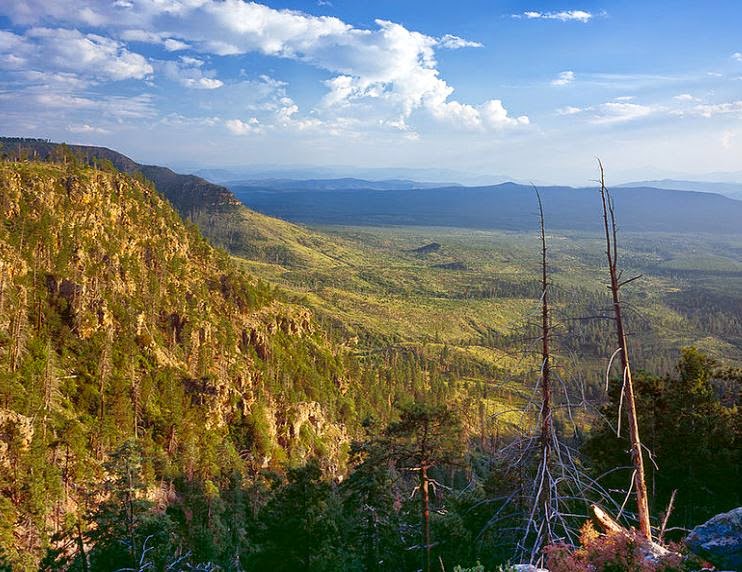