OK, because of the time it took to write the previous entry, I'm running late, so there are just two songs for this week's edition ...
"Line Drive" by Jazz Funk Soul from the trio's eponymously named album (2014)
The trio consists of Jeff Lorber, Chuck Loeb, and Everette Harp.
*******


And since I'm going to a party tonight and because, inexplicably, I've never posted this one before ...
"Get the Party Started" by Pink from her album M!ssundaztood (2001)
The video to this song is HILARIOUS.
Many of Pink's videos are quite engaging (and fun) watch as she works out her various issues as Jewish - Catholic girl growing up in the 1980s and 1990s in suburban Philadelphia, the daughter of a nurse and a Vietnam veteran. No wonder there is so much going on in her videos. 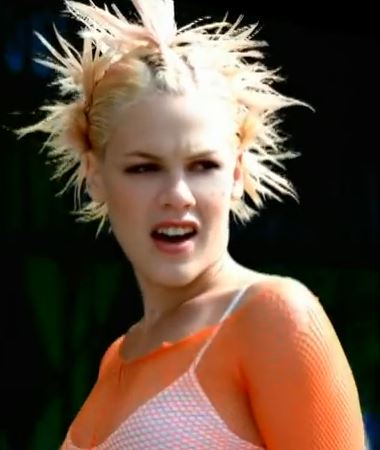 "Pumping up the volume, breaking down to the beat. / Cruisin' through the west side / We'll be checkin' the scene. / Boulevard is freakin' as I'm comin' up fast. / I'll be burnin' rubber, you'll be kissin' my ass!"