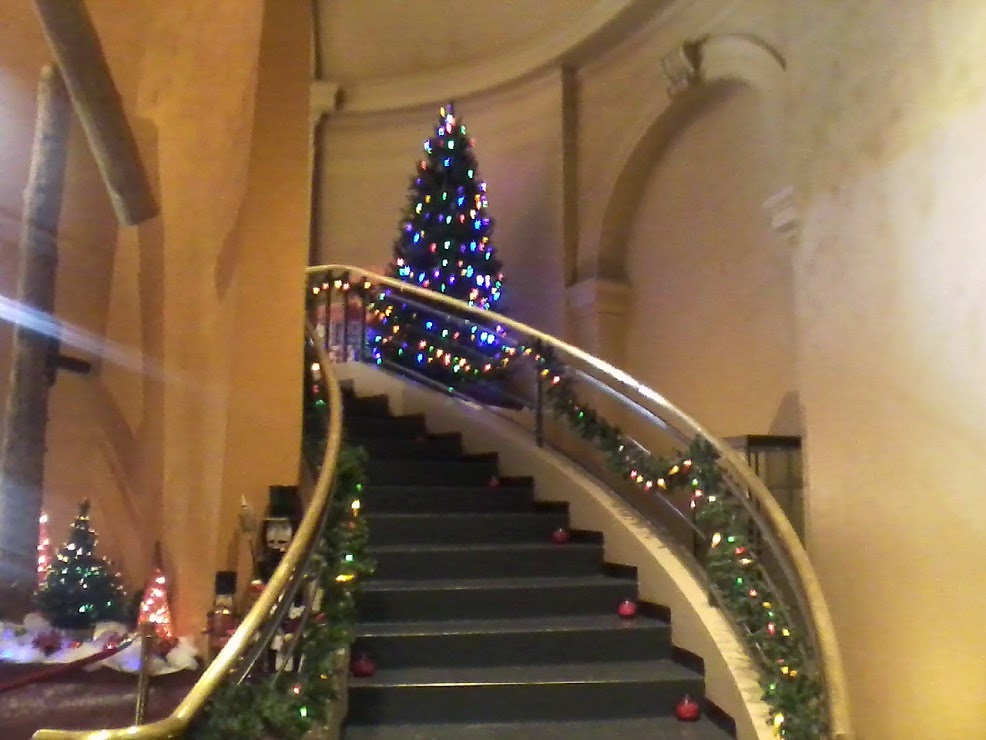 
Apologies for lack of updates. Oh, and for the lack of any additional pictures in this entry.
To be clear, it's not like there aren't many things I want to post. However, it just takes so long to write these blog entries and the need for pictures and to format around them make it difficult and so time consuming. I started an entry but just couldn't finish it given that it was already quarter after one in the morning and there was no end in sight.
wherewithal

I got in two full gym workouts -- Sunday and Monday night -- but now, now, owing to the Happy Holidays holiday season, I likely will not go again until NEXT Monday and thereafter, not get back onto a regular schedule until Saturday, Jan. 3rd.
I also did my laundry and made dinner -- my usual, although it came out kind of good -- last night. I opened that bottle of cheap two-buck-chuck wine - well, actually, it was a $5 bottle of La Finca for the white elephant" exchange gift party on the 13th -- and it was surprisingly not bad.
About that bottle, it was supposed to be my gift but in my drunken state, I absconded home with it at the end, a fact that has caused some issues that I'm not going to get into except to say it is time for me to step back from that group as a whole.
It amazes me that I can drink so much and yet still instantly feel it when I have one drink.
I had posted this whole discourse here about how it isn't going to snow this Christmas -- no, not here in D.C., that's a frickin' given, but rather in Buffalo. BUFFALO. That's where Gary and I are going Christmas day (Thursday) and returning Monday. (I don't even want to go now.) I had a whole riff on the GFS operational weather model and its little NAM companion, why I hate both of them, and why I suspect the Palka-Cabra is responsible for the lack of snow.
But, again, I couldn't finish the entry.


Other things I wanted to write about:
I wanted to post pictures of the White House tour I took on Saturday morning and relate the disagreement I had with Matt while looking at George W. Bush's sneering visage in his portrait. I just don't think President Al Gore would have also invaded Iraq.
I was also going to write a bit about my Thursday night with the OLD meteorology group and post a few pictures.
Whether or not awful little Wall-P's money is earning him even more money at this Yuletide season.
Finally, I wanted to post a humorous aside, a little side story about hearing Christmas carol music (as in Bing Crosby type) while in the swimming pool at the YMCA last night, specifically, to note the fact that this young African American lifeguard usually plays R&B / hip hop stuff on her radio she places on the pool deck and that she has, on more than one occasion, rushed to change a song when the lyrics are all ... well, you know, the usual. With that, I pretend not to notice, and besides, you can't hear even loud music underwater, although Bing Crosby's voice carried for a surprising number of inches below the surface. The point it, it was quite an unexpected change.
But I can't post any meaningful entry right now, so I'm going to end this one right now with the intention of trying to post one tonight.