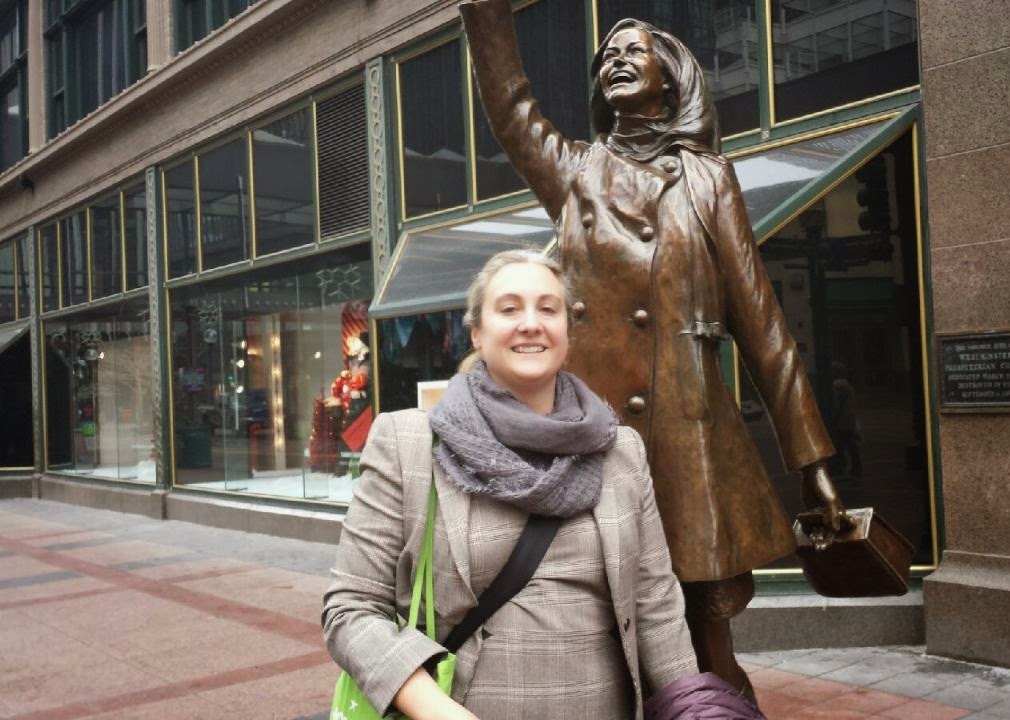 My good friend and co-worker (not to mention supervisor) Andrea was in Minneapolis this past weekend for a conference and staying in a hotel near Nicollet Mall. I beseeched her to take a picture of herself with the Mary Tyler Moore statue and -- presto! -- she did. This was taken on Nov. 23, 2014.
Actually, she took two pictures but her eyes were a bit closed in the first so I'll post this one.
******* 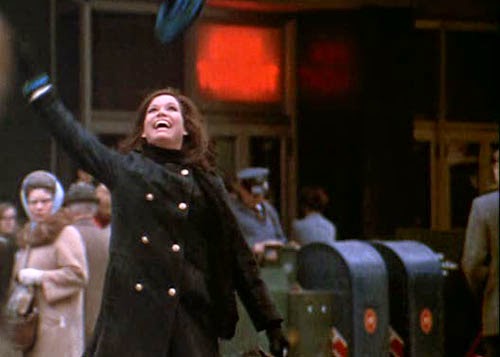 The immortal scene itself filmed on a cold day in Minneapolis in either late 1969 or early 1970. That confused looking lady in the headscarf is Hazel Frederick -- years later in 1996 she would introduce herself to MTM at (I believe) an event for her book After All. MTM welcomed her as "my co-star." Frederick died in Nov. 1999 at age 91.
As I mentioned before, when I met MTM at the old Dupont Supercrown (a book store was later replaced by the current Books-A-Million as a result of the Haft Family feud) back in November 1995 for the book signing of After All, I asked her what happened to that blue Tam o'Shanter. She said he had it for years until it was stolen.
Boo. You suck, thief. Big time.
*******
I was last in Minneapolis -- on my one and only visit there -- with my crazy dad back in July 1986 when I was 16 years old. It was at least a week long trip. We drove on a big loop all the way to Sprague, Manitoba and International Falls, Minn. (alas, there are no waterfalls there), over to Split Rock Light and then back to Minneapolis where we stayed for about 3 or 4 days.
--Regulus