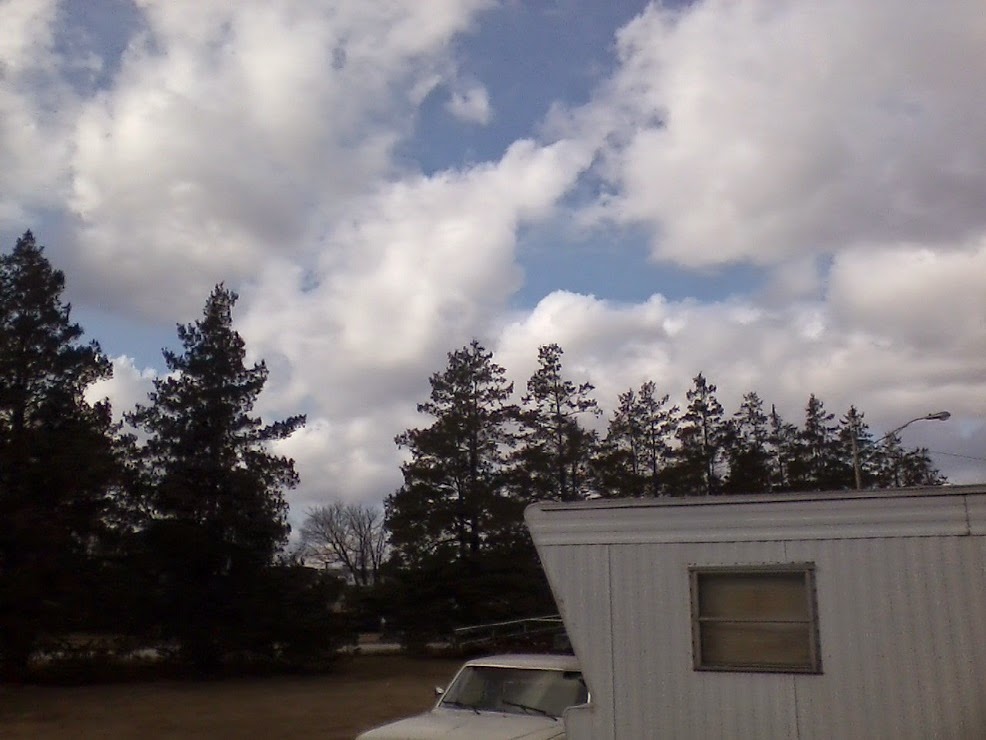 
Here I am in Millersville, Md. (not even a CDP in Anne Arundel County) in the little trailer where my mom and Ray live. It's in the Rol-park trailer park for folks 50 and over.
My trek up here yesterday on the MARC Penn Line involved a Metro ride from U Street/Cardozo to New Carrollton via L'Enfant Plaza. I thought I would be clever and avoid the day-before-Thanksgiving mobs at Union Station and catch the MARC train at the New Carrollton station stop (located immediately next to the Metro station).
It was raining and snowing at that point (more on that below). I got on the train and it was quite crowded, so I stood in a semi-convenient spot. Deep gloomy blue dusk was shading into a rainy / sleety night. The ride to BWI Rail Station stop is relatively short -- not quite 25 minutes.
Unfortunately, I managed to pick one of the frickin' MARC Penn Line trains that SKIPS BWI Rail Station. It stops at Seabrook (an odd name for a suburban Maryland location), Bowie State, and Odenton.
The conductor announced the next stop was flippin' Pennsylvania ("Penn") Station in Baltimore. I hoped it was just an oversight on his part but, nope, it wasn't. This initiated a series of text messages to my mom, who was on her way to the train station with Ray to retrieve me.
I got to frickin' Penn Station in the depressing, timeless urban purgatory of frickin' uptown Baltimore in the rain and sleet and late November early darkness. I was last to Penn Station back in March during another ill-fated trip to Baltimore.
Anyway, long story short, the MARC folks were quite used to this mistake and I was able to get the next train back toward Washington that had a BWI Rail Station stop. It would have been nice, though, if the conductor had announced that the first train was skipping a major station stop such as BWI Rail Station. 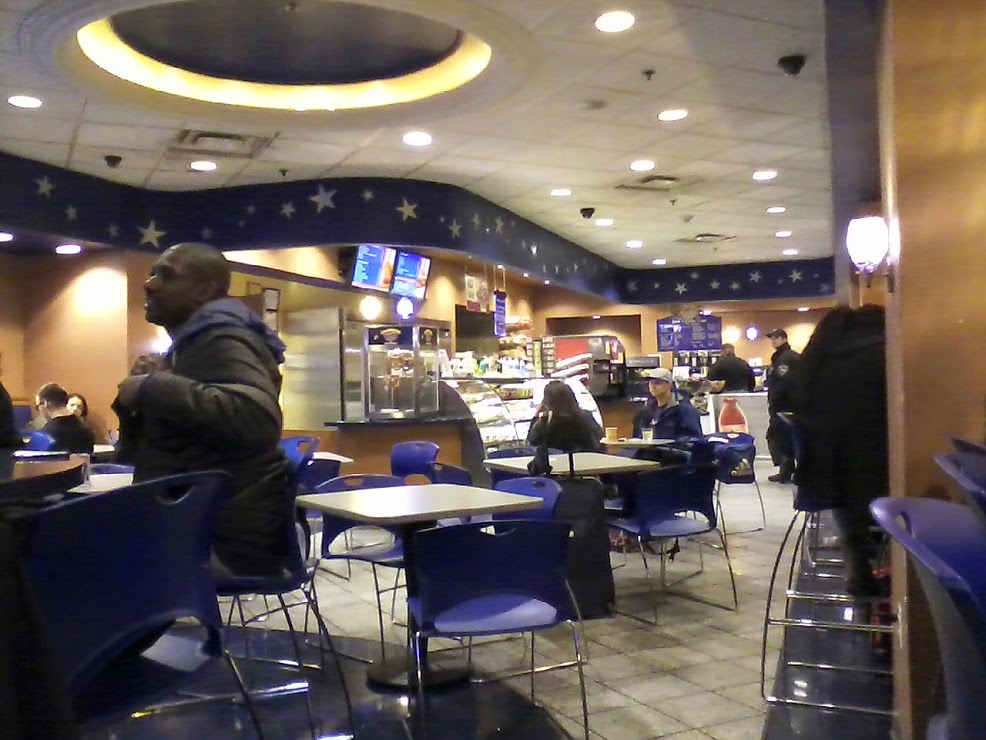 
There was a little combo canteen / snack bar / actual bar in Penn Station called the Java Moon Café and Bar. I was quite irritated at my screw up and at the Universe in general, but a glass of red wine relaxed me. I then caught the next train - which was barely 15 minutes later.
I actually enjoyed the ride back -- seeing the dimly-lit urban wasteland of the section of Baltimore through which the joint Amtrak and MARC Penn Line passes and seeing the eclectic skyline of Baltimore off in the distance under the low, swirling, nighttime overcast.
Look, I have a real fondness for Baltimore and all the year I've been in this region but it's still a bad-ass city in so many ways and nothing like D.C. for yuppie boom-town gentrification with resulting street-level safety improvements.
I was back at BWI Rail Station stop around 6PM. The station was crowded with people and the usual line of vehicles trying to pick up or drop off people. Anyway, I found my mom and Ray (who had in the interim driven back home) and we headed back to their home. We had dinner and I had a couple more glasses of wine, not to mention that little nip of Absolut Citron I bought at the nearby Northway Liquors store. 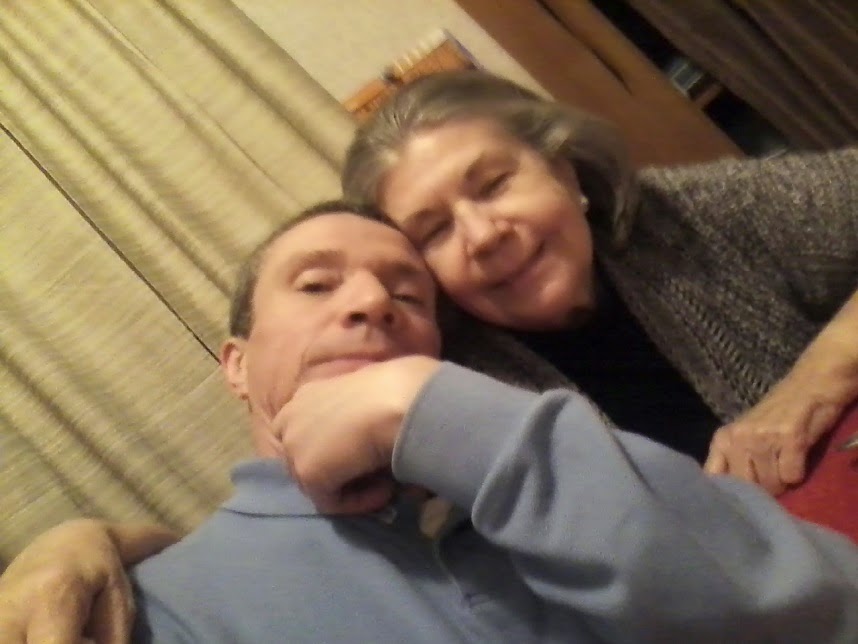 
I fell asleep in the cozy, carpeted little back room where I stay around 920PM but then woke up two hours later, called and spoke briefly to my dad. He was in a non-crazy and even pleasant mood and wished me happy birthday. I went back to sleep and got up finally at 1030AM, so I had a good and needed 12 hours of sleep. 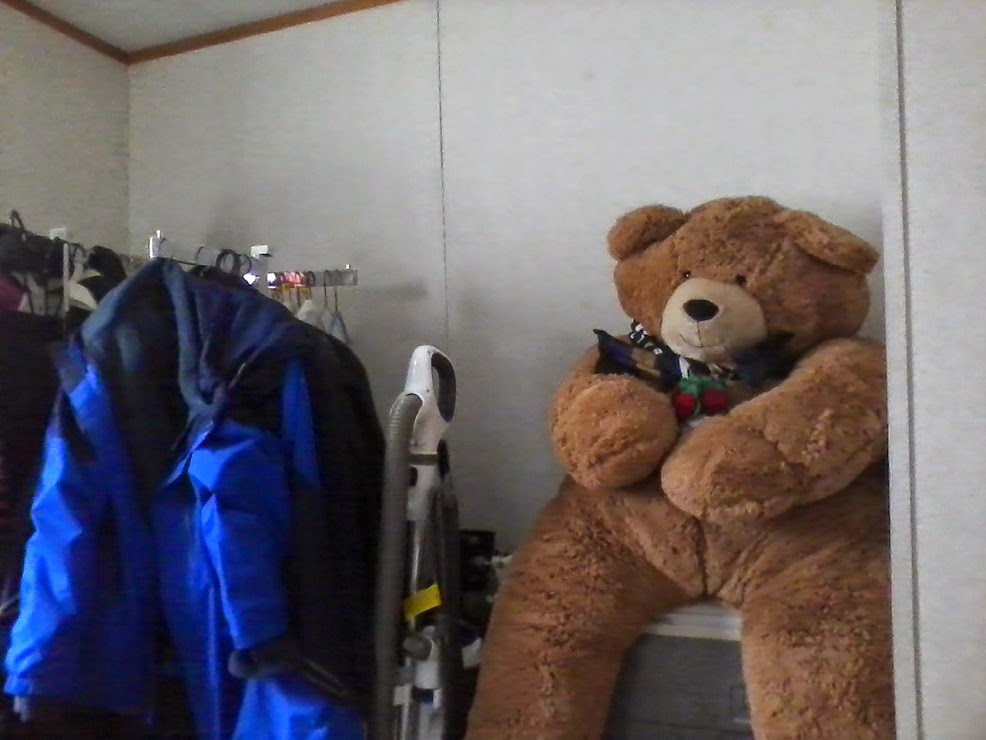 
We're going to the American Legion Post 275 today for a ready-made Thanksgiving dinner. This is where we went last year. I'll head back to D.C. tomorrow. It is technically a regular work day but I'm not going to make it into the office. I'll try to work a part-day from home.
Weather-wise, the following rain and snowfall amounts were recorded yesterday (and the whole event was captured in the calendar day of Nov. 26th): 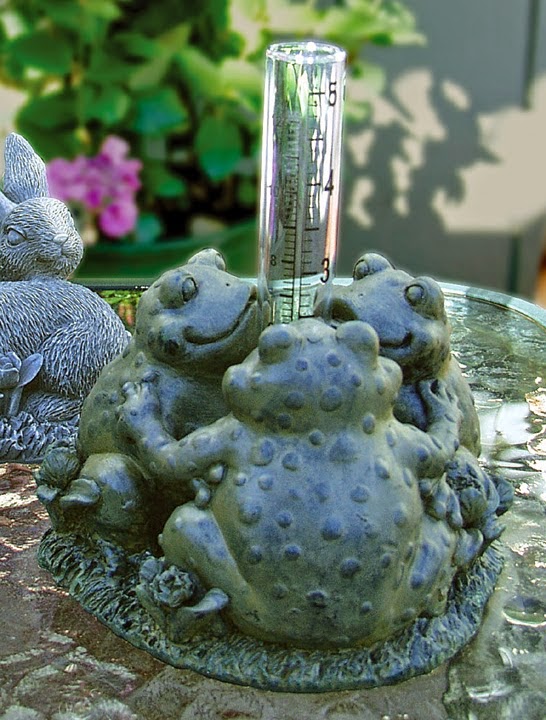 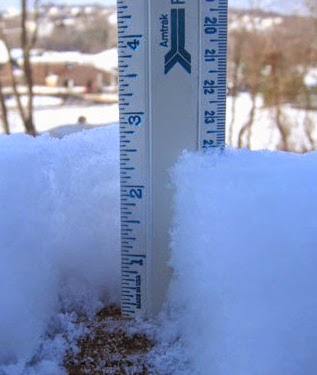 The KIAD snowfall was a daily record, surpassing the 1.1" set in 1978. The KDCA and KBWI records were safe.

Both locations have much longer records stretching back to 1871 and to 1888 and 1883, respectively, for snowfall. They thus include significant pre-airport periods.