"Together at Last" by Norman Brown from his Celebration release (1999)
This is just a wonderful smooth jazz piece, and it features some nice still pictures of Brown, who is a very accomplished jazz guitarist and singer. His website is here. I need to feature more of his music in subsequent Jukebox Saturday Night entries.
*******

"Could It Be I'm Falling in Love" by The Spinners from their self-titled album Spinners (1973)
Interestingly, The Spinners are still together ever since the group formed in 1954, and although the members have changed over time, one of the original members -- Henry Fambrough -- is still with the group. Fambrough is 76 years old. The group's website is here.
This Spinners is not the same as the now-defunct British folk group The Spinners, and as a result the group is sometimes called the Detroit Spinners or Motown Spinners.
*******


And now for something more Saturday night upbeat ...
"2012 (It Ain't the End)" by Jay Sean ft. Nicki Minaj from his album Hit the Lights (2010)
The last 30 seconds of the video appears to be another song (unless it's in the original -- I'm not sure).
I was thinking about in the (hardly inspirational) refrain line "We gonna party like it's 2012," the year "2012" is the last one this century that can so easily be incorporated into song lyrics, at least in such rapid-fire dance-beat fashion. 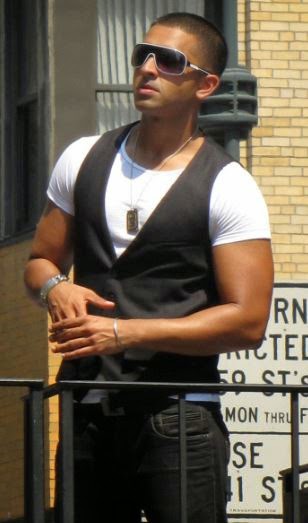 As for Jay Sean, I find him peculiar: No matter how rapper-y and bling-bling-y he tries to appear, he still basically looks like a South Asian computer science major. (OK, not in this picture at left but certainly in the video.) Yes, yes, I know his parents are Punjabi Sikh immigrants, and his actual name is Kamaljit Singh Jhooti, so this "similarity" to an Indian computer science major is not coincidental. And, yes, I suppose I'm playing on some stereotypes.


As for Nicki Minaj, she works her usual magic in this song. I find myself staring at her in amazement. Katy Perry's videos tend to be entertaining spectacles. Nicki Minaj is HERSELF a spectacle and an extremely talented and versatile one at that.
******* 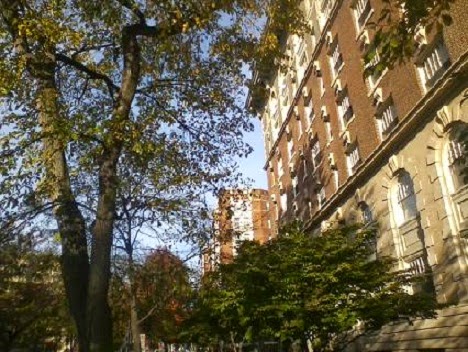 
I had an OK day that included a decent gym workout and doing my laundry. Tonight, I'll probably go to No. 9. Last night, I ended up staying until close at Larry's Lounge with Gary and LP who expectedly unexpectedly showed up.
The weather is in a blah pattern, albeit it's pleasant for mid-to-nearly-late fall. The advertised early season cold wave is still about 4 days away. Oh, yes, that Bering Sea extratropical storm that started out as Typhoon Nuri appears to be one for the record-books in terms of central pressure in that part of the world. It is still forecasted to create a highly amplified ridge/downstream trough pattern that ushers in winter cold over central and eastern North America by the middle to end of next week. 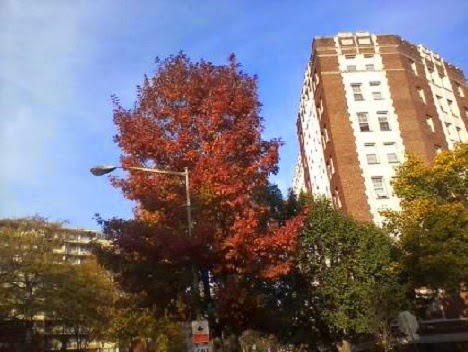 
As for tomorrow, I'm not sure what I am doing. Quill and I were going to go to the IMAX theatre at the National Air & Space Museum to see the 3:30PM showing of Interstellar but it appears to be sold out. I think we are going to try to go next Sunday (since the 6:30PM showing is kind of late for a nearly 2-1/2 hour movie and she has to get back to suburban Maryland via Metrorail and bus).
In lieu of that, if we meet, I guess we'll just "do lunch" in Bethesda. 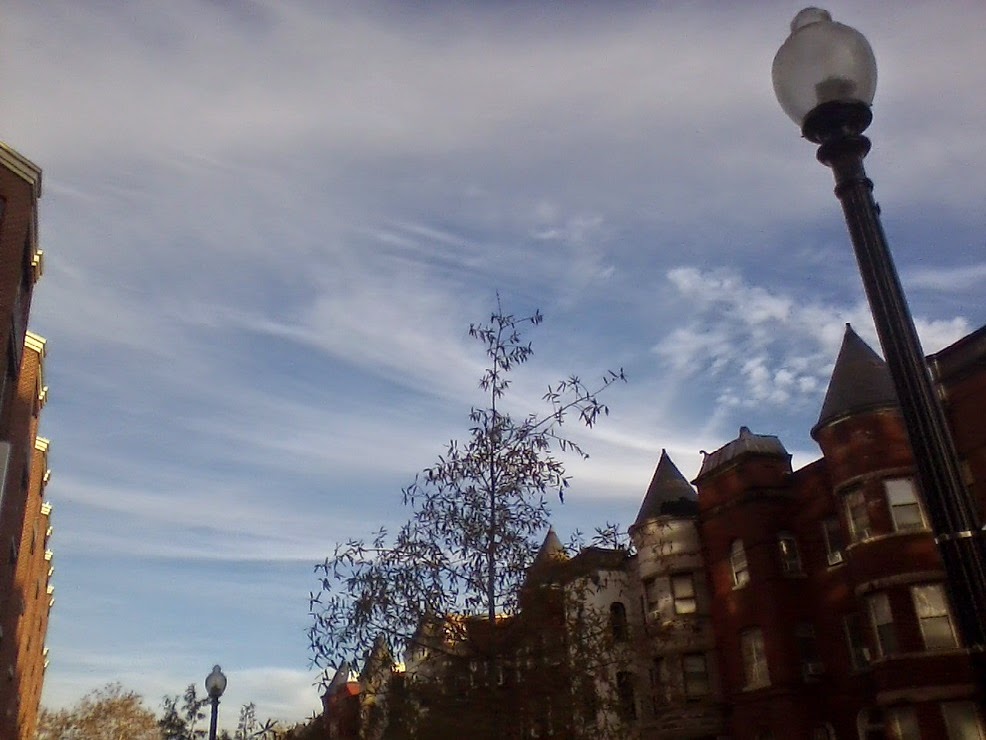 
As an aside, I have been to a movie theatre exactly twice in the past 10 years and the most recent one was (I think) in spring 2011 (Exit Through the Gift Shop) at the Uptown Theatre, which is just a small place. The movie before that was Fahrenheit 9/11 with Craig Marina back in 2004 at the Georgetown AMC Loews. I just don't like sitting practically trapped in a dark, crowded space with mostly obnoxious other people and having no control over that which is bombarding my sight and sound.
And there you have it.