Election Day in the Imperial Capital City: An Overview -OR- Still Celebrating & Discovering 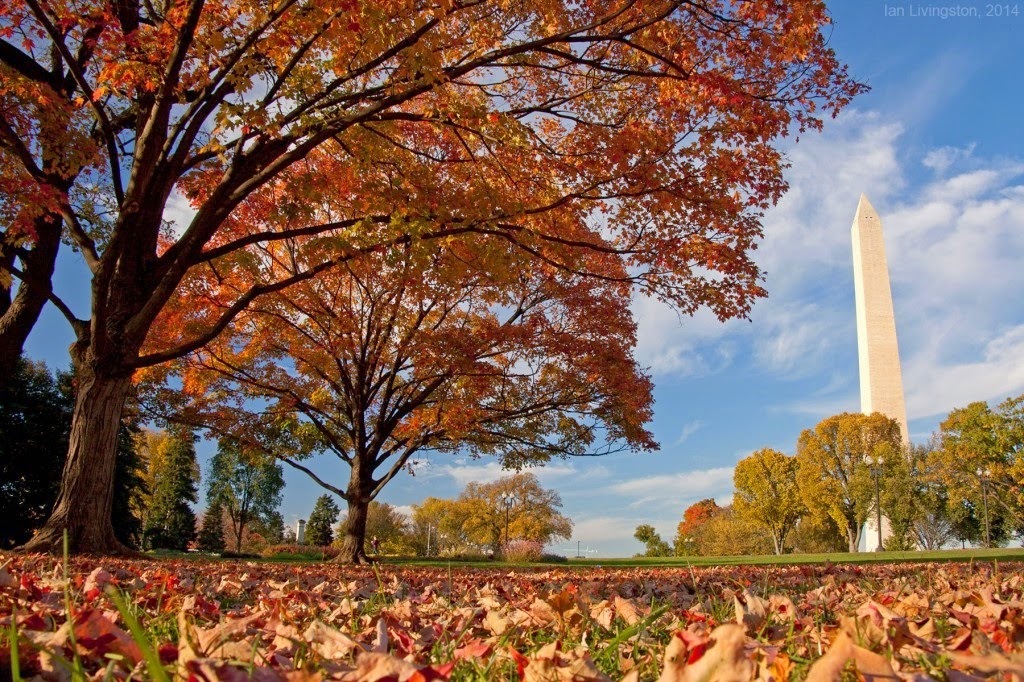 The D.C. fall pictures in this entry are taken from this Capital Weather Gang entry. Most of them are by CWG staff writer and professional photographer Ian Livingston.
*******


Home tonight -- now without cable TV and not yet having attempted to set up the digital antenna box that I was given as a present about a month ago -- and having just made dinner at the 1130PM hour. I had an OK gym workout, or rather, a decent one given how horribly tired I was all day. The shift to standard time really affected me. Either that or it was the two shots I did at Larry's Lounge last night with Gary following my long bike ride.
My workday was alright in that I finished some periodic administrative stuff that arises (updating resumes and performance evaluations). Oh, and my supervisor (and good friend) kindly helped me submit a Metrorail reimbursement -- something I had not done since mid-June when the rules changed. I calculated that I should be able to get back nearly $270, which would help me greatly.
Nevertheless, I have also been in a background bad mood. 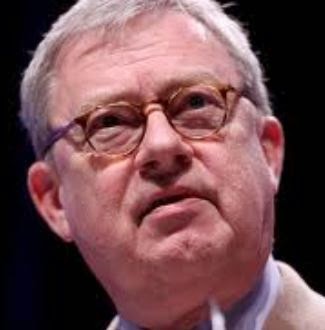 Obviously, it has something to do over which I have no control, namely, the midterm elections. They are likely going to be have particularly shitty results -- albeit not the one of Michael Barone's midterm "GOP WAVE" fantasies -- but rather thanks to this year's shitty combo of House district gerrymandering, low non-married, non-white, non-exurban and non-rural, non-angry turnout, white racial panic and economic decline, and low-population and/or Deep Red state Senate elections. 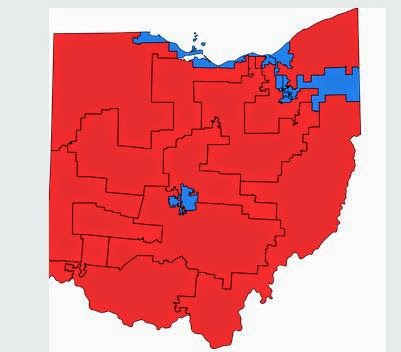 Left: One great example of post-2010 Census GOP House district gerrymandering: Map of Ohio's 16 districts color-coded for 2012 election winners by party with red for Republicans and blue for Democrats. Dems won 47%* of the actual statewide vote but got only 4 of 16 seats.


*Source here; go to page 72 of document or 74 in your PDF reader.
However, rather than obsessing on and fretting on the national elections, I am instead going to focus on the elections right here in my adopted homeland, the District of Columbia, where I am presently apparently serving out the bulk of a life sentence of misery deep in the D.C. Bubble. 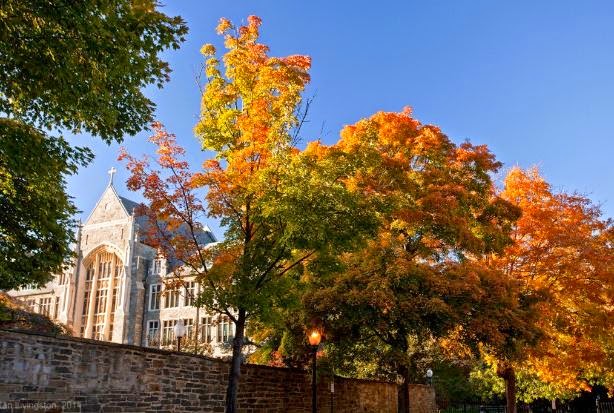 As indicated the District of Columbia Voter's Guide put out by the D.C. Board of Elections, there are a series of elections. As for the Voter's Guide, it featured an upside down D.C. flag design that was accidently printed on the front of the mass-distributed hardcopy version. Initially, someone at DCBOE claimed it was intentional to make a statement of some sort. However, that reason was quickly withdrawn and instead DCBOE issued a sincere apology. Anyway, here are the main races: 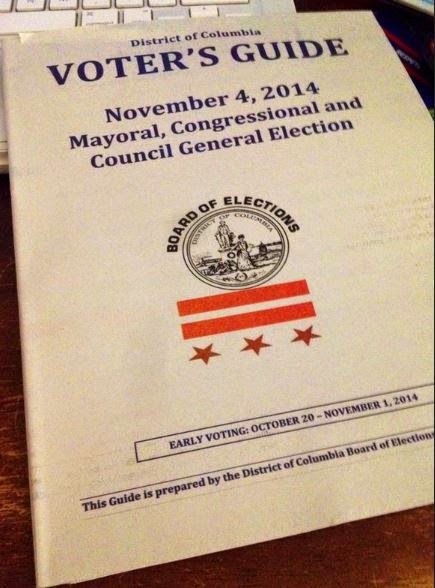 * Mayor of the District of Columbia;

* Chairman of the D.C. Council and two (2) at-large Councilmembers;


* "State Board of Education" members for the same four Wards;


* Those silly and wholly bogus"shadow" Senator and Representative seats (D.C. has no vote in Congress and so we have this "shadow" presence that is supposed to intimidate, wow, and shame crazy neo-Confederate Southern Republicans). 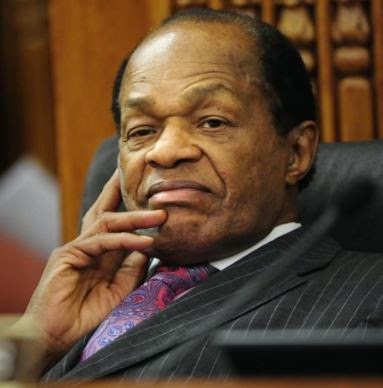 There are 13 Members on the D.C. Council including the eight representing specific Wards. Mayor-for-Life Marion Barry, 78, is Ward 8 Councilmember. He is not up for reelection. His Ward includes the poorest and "blackest" sections of D.C. The man is the Clayton Powell of D.C. politics.


Oh, and there are individual block-by-block elections for about 4,700 African National Congress, I mean, 296 Advisory Neighborhood Commissioner (ANC) Single Member District (SMD) seats. I am in ANC SMD 1B12. 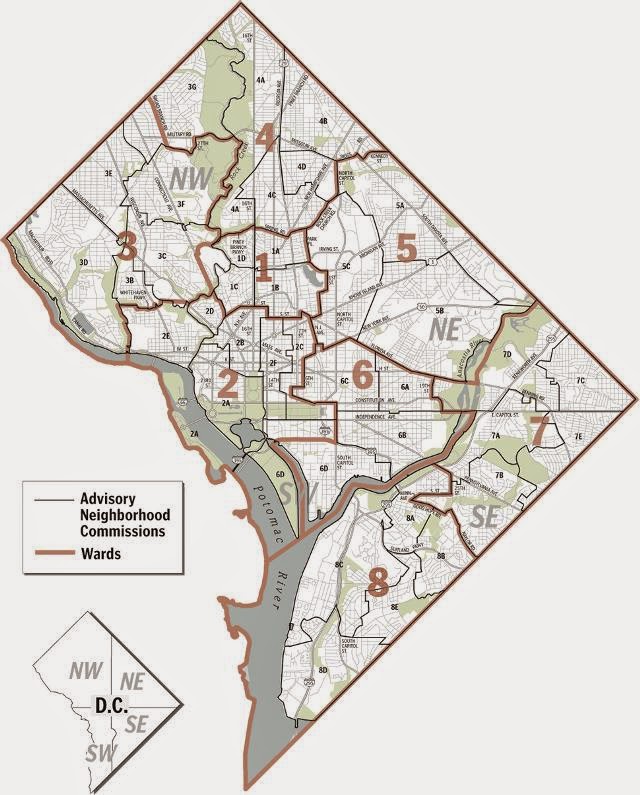 Map of the 8 Wards and the 37 ANCs. This map does not show the SMDs within each ANC but there are at present 296 SMDs. In theory, each SMD Commissioner represents about 2,000 residents. It's the idea of "local" local government within the District of Columbia.
*******


More often than not, ANC races for SMDs are simply uncontested but for my district, there is actually a contest between two people, John C. Green and Matt Abbruzzese, who looks to me like a mid-23rd Century little android. 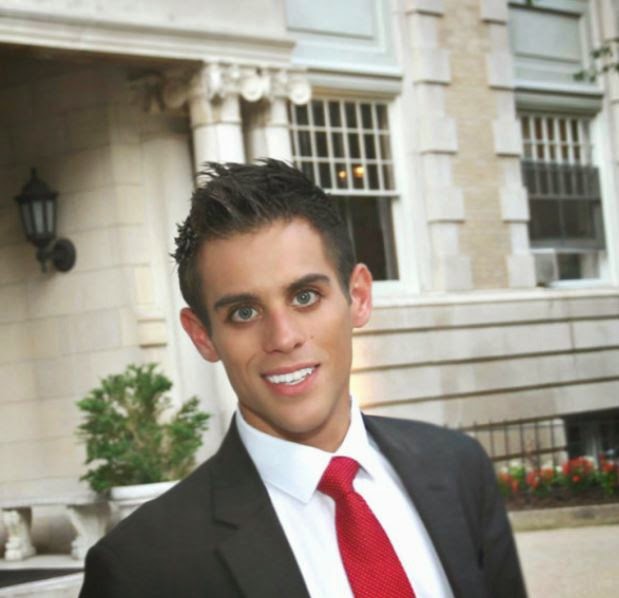 BTW, one of Abbruzzese's website scrolling pictures was taken as I was walking by several weeks ago. I've posted it at left. It was taken outside the beautiful Northumberland, located next to my old apt. building.


Oh, yes, I vote at Shaw Middle School at Garnet-Patterson. That's the place outside of which I ducked very real bullets earlier this year.
Thank you, Eleanor Holmes Norton. You're gun control efforts have really paid off. (As an aside, I really wish Queen Noble were running again. Her campaign video, not to mention her Voter Guide statement, were epic.)
Lastly, there is the Initiative 71 to get everyone high, I mean, to make possessing small amounts of marijuana legal. It has already been effectively decriminalized under D.C. law.
The big election is for Mayor, and at this point, I am going to vote for Council Member David Catania. I could have been persuaded to voted for former Council Member Carol Schwartz but I never got over her being against the bar smoking ban, which was needlessly delayed for a year. It just might be the case that she wants to repeal it, especially if everybody is going to be walking around smoking pot now. 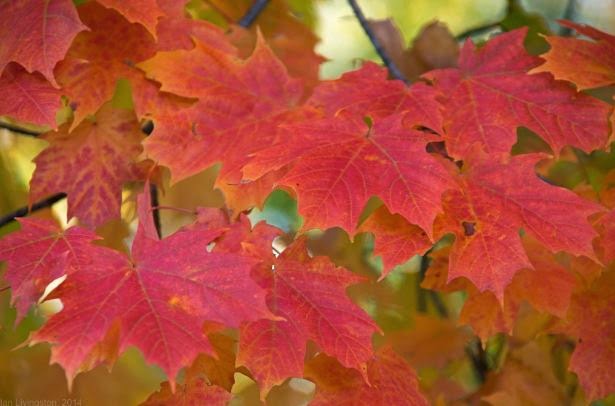 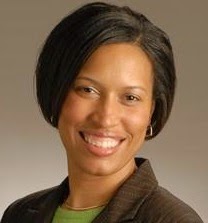 I'm not voting for Muriel Bowser. Despite herself, Bowser is ultimately part of the same tired kleptocracy that has run D.C. since Home Rule started. As mayor (and she will almost certainly win), I fear she'll be an unwitting sock puppet of sleazy developers and "businessmen" that orbit One Judiciary Square.


Whether Catania is a paragon of virtue or not in D.C. is immaterial, and not just because of D.C.'s ethically cloudy campaign finance and disclosure laws. About those finances, true, he's not like the uber do-going urban white liberal DC Councilmember Tommy Wells who wouldn't accept a penny from corporate interests. However, what he lacks in that kind of pie-in-the-sky idealism in this Dark Era of Dark Money, he makes up for in being pugnacious with a bad attitude. Indeed, I would go so far as to say that he has that deeply problematic gay male hyper-emotionality.
OK, maybe being emotionally unstable and argumentative aren't the best qualities in a Mayor but I still would like to give him a chance. I think he could do good things. 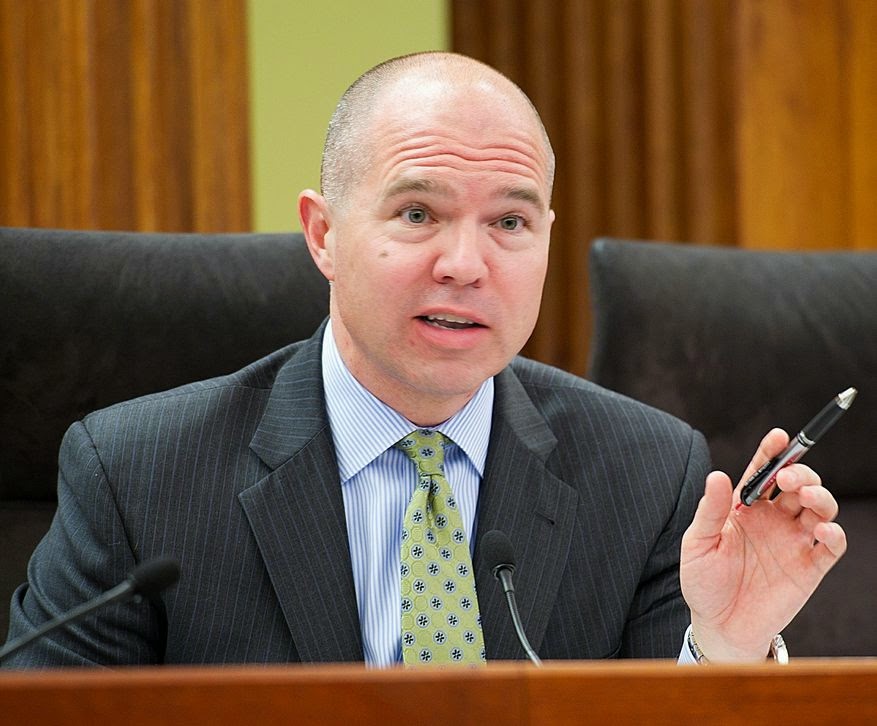 Full disclosure: I know Catania very vaguely -- enough that he recognizes me and we've said hello a number of times over the years. We've also talked a few times.
Having said all that, I "predict" that Bowser will win with about 52% of the vote to Catania's 36% with Schwartz getting 8% and the rest of the vote split among assorted fringes, crazies, write-ins, and that gay libertarian real estate agent, Bruce Majors, who always runs for mayor, and with whom I had an argument one night at Larry's Lounge. 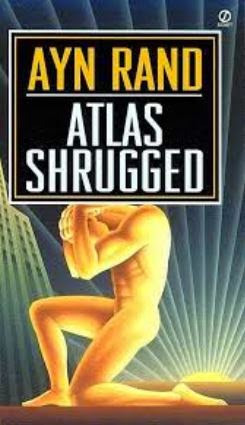 About that, the D.C. Libertarian Party platform -- like all libertarian platforms -- likely calls for repealing laws and regulations such as that pesky freedom-curtailing one about making it illegal to put raw sewage in the drinking water.


Anyway, I'm glad that the vapid and pretty much useless Vincent Gray is leaving office. 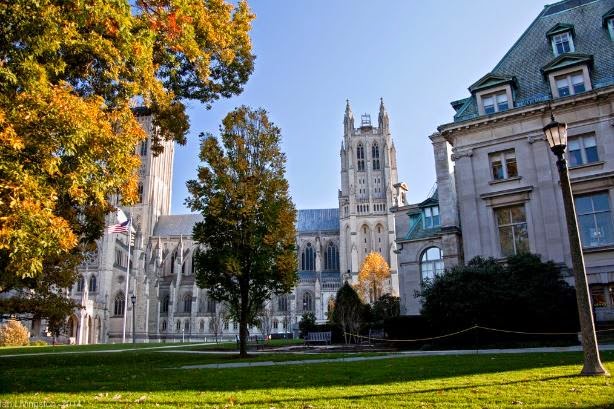 Oh, yes, just because it's on my mind, the 5.75% fitness tax kicked in and it costs me $4.20 per month that is added to my long-running $73 monthly YMCA membership. I'm a bit ticked off that the YMCA did not inform me in writing this was happening -- it just was debited in my October monthly payment. True, there was a large sign just inside the entrance to the Anthony Bowen YMCA announcing it, except I never noticed it (a gym acquaintance pointed it out to me as we happened to leave together).
Now this $4.20 tax per month I am paying on a good and healthy activity just goes into the General Revenue Stream, a.k.a., the Marion Barry Crack-Whore Fund. It joins Tommy Wells' "D-Bag" Fund (5 cents per plastic bag) that is making the Anacostia River sparkling blue again. 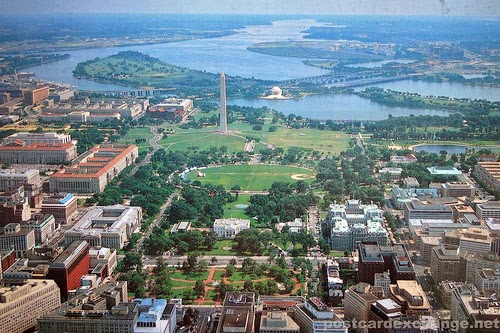 Washington, D.C.: "Celebrate & Discover"
That was the (lovely) motto on the D.C. license plates before "TAXATION WITHOUT REPRESENTATION" came along.
*******


I guess we also need to pay those taxes for the usual array of highly practical city services. You know the sort: 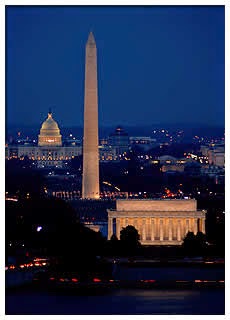 Midnight basketball for "troubled youth"; slush funds for assorted shady developers; DDOT highway contracts for "close business associates" of the next mayor; the "no squirrel-sized city rat left behind" rodent infestation expansion drive; needle and (if Initiative 71 passes, which surely it will) reefer exchanges; and, of course, funding the District's world-class public school system.


Oh, and let's not forget the maintenance of the architecturally wondrous and endlessly functional Martin Luther King Jr. Central Library and Homeless Shelter Fund for the Schizophrenically Insane.
It is there that these folks who otherwise have to fend for themselves on the streets have the "freedom" to pee and poop and even sleep in unlit scary stairwells while ghastly fluorescent lights illuminate the book stacks next to leaking ceilings. And every computer is 1997 state-of-the-art.
It's a place of beauty. The Chautauqua Movement folks of a century ago would be in awe. 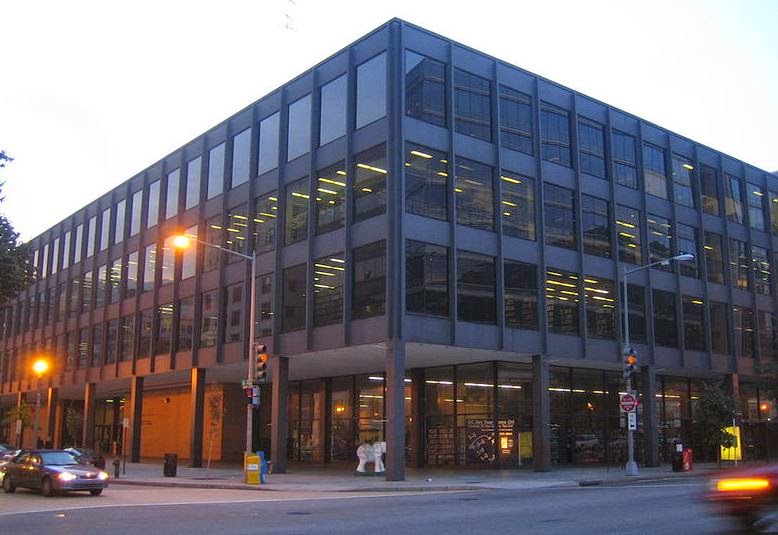 
Funny, though, how D.C. is turning into this 21st Century domed quasi-utopian city of wealth and youth -- a veritable "yuppie boom town," as I call it, so different from the D.C. of 22 years ago when I arrived in the area -- that exists totally in its own reality ("the Bubble"). Yet, there exists cheek-by-jowl this extensive underclass of often mentally ill people who need such help but never get it. Instead, each of them just exists on the city streets and wherever they can -- getting by until he or she doesn't. 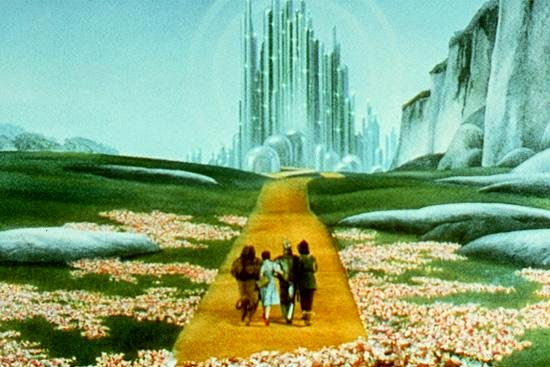 America is great, and things inside its Imperial Capital are just awesome.
OK, that's all for now. And, no, I really didn't do the D.C. elections justice. 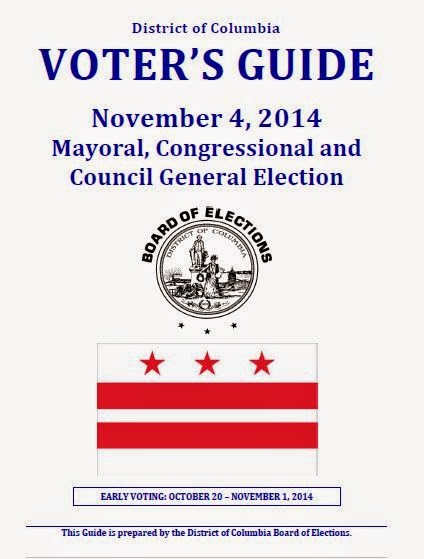 If you want to read the 2014 General Election D.C. Voter Guide, it is presently online here. (Yes, the flag design is right on this PDF version.) OK, that really is all for now. I must go to bed. Also, I'm probably not going to feel much like posting an entry after the results swoop in late Tuesday. As a result, my next update might not be until Wednesday night.


As it is, I still need to post my Sunday bike ride pictures.