By the Numbers: An Overview of My Weight Loss in the Last 2-1/2 Years Plus Some Unavoidable Political Commentary (w/ Apologies, As Needed) 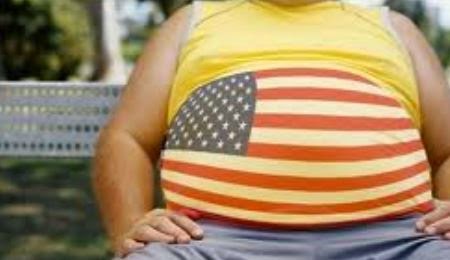 I'm back from the gym on this Saturday early evening. It is already just about dark outside with the earliest sunsets of the year occurring right about now and for the next several weeks.
I had a good work out including 6.5 mile jog on the treadmill; hour of weightlifting (light to moderate); and a swim (which occurs after a brief stint in the steam room) -- all at the nearby Anthony Bowen YMCA.
I weighed myself, and I'm happy to report I maintained my weight through the Thanksgiving season, esp. as I had not been to the gym since last Monday. I weighed in at 142.5 pounds. This is 41.0 pounds below where I was my flabby heaviest when I rejoined the gym 2-1/2 years ago (I started going to the National Capital YMCA and switched to the Anthony Bowen in Oct. 2013). 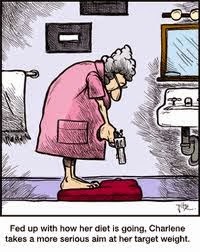 I weighed 183.5 pounds on my first weigh-in back then after my first workout. In point of fact, I was closer to 185 pounds and a couple weeks earlier -- at this biometric screening event at the office, the results of which prompted me at long last to rejoin the gym, I clocked in at 188 pounds.


I don't count that number, though. I think 185 is more accurate -- which means I have had an average net weight loss of 42.5 pounds from my heaviest. Just FYI, I am only 5'7" with a relatively small frame, so my natural weight really should be in the 140 pound range.
Now I've also put on at least 4 pounds of muscle, so in point of fact, I have lost closer to 46 to 47 pounds of fat, which represents all but the last roughly 10 pounds of the 55 pounds of pure fat I had amassed between my all-time lowest weight in fall 2003 and my heaviest by mid-June 2012. 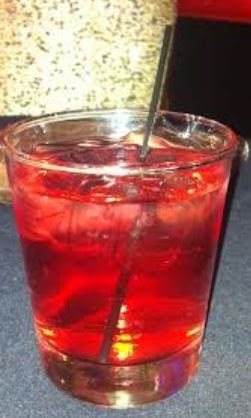 As an extreme range, I had gone in that period from an all-time low of 128 pounds (a number that was too low) to the 188 pounds or a whopping 60 pounds, but taking a more representative set of numbers, it was from the low of 130 pounds to the high of 185 pounds or 55 pounds. Much of that gain was due to all the sugary juice liquor drinks and hundreds of awful sugary shots I imbibed at Cobalt as a regular customer between 2004 and 2010.


This was also combined with no gym exercise rather than excessive eating.
In my new weight state, there are fluctuations about 4 pounds (roughly 141.0 to 145.0 plus or minus 1/2 pound) though it is typically in a narrow range (following a full work out) of 142.5 to 144.
So let's just say that I lost 45 pounds of fat and have experienced a net weight loss of 40 pounds.
To be clear, I stopped losing weight about 15 months ago and have maintained ever since. (Doesn't that put me in a special group of some sort??) And while I still have that "last 10 pounds" (or for me, perhaps more like At age 45 and given that I drink (even if vodka soda drinks), I am not going to get that last 10 pounds. I'm not even sure I want to at this point.
Having said all of this, I am acutely aware that I can at any point start to "fall off the wagon" (and onto a McDonald's Big Mac or Burger King Double Whopper), so I am not celebrating and instead being vigilant. Putting back on weight and the whole yo-yo weight loss/weight gain is fact of life. There have been some spectacular and painful failures. 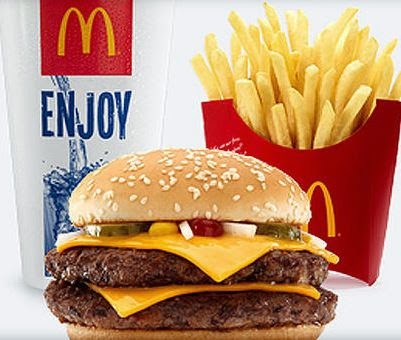 The problem isn't just the non-metric tonnage of practically poisonous food that defines far too much American "cuisine" -- a devil's symphony of corn syrup, sugar, fat, grease, processed foods, salt, and meat from hormone-fed "mad cows" and supersized caged chickens served in massive McProportions with the not-so-subtle intention of keeping the populace doped up in an immobile torpor in front of a massive flat screen TV tuned to shrieking, unwatchable but vendible pop cultural effluvia in order to be useful "consuming tools" in the corporate capitalist economy.
It's also that once out of youth -- and age 45 is certainly "out of youth" -- the typical human body just "wants" to be fat because (having evolved over millions of years from earlier primates in vast epochs before civilization existed, much less American-style civilization) it is always has to be ready for fact that food might not be forthcoming that day or the next day. 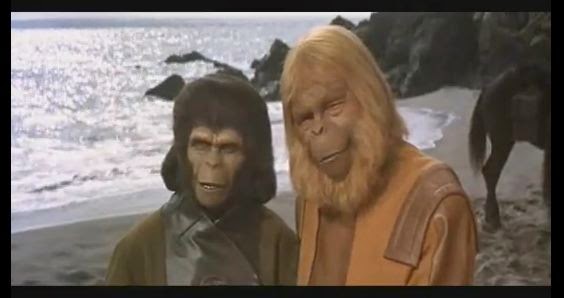 As many Americans don't "believe" in evolution -- 'cuz God wouldn't "allow" them to come "from monkeys" -- they cannot relate to that particular fact and why it is actually highly relevant for understanding what is the fundamental nature of the problem. 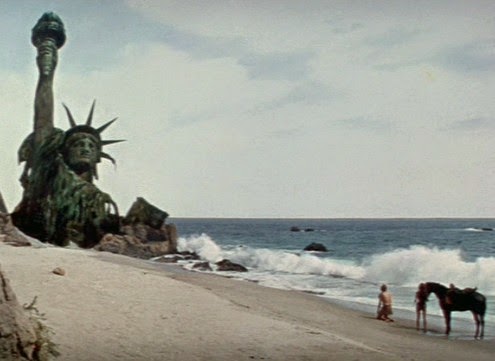 I also wanted to note that my economics pundit guru Paul Krugman -- I'm a bit of a Krugmaniac -- has lost a substantial amount of weight (looking at the before and after pictures, I'd say at least 25 pounds). He talked about it a little in this blog entry. His method is different from mine. His involves "severe caloric restriction two days a week." Mine involves gym three times in a seven day period and as little unnecessary sugar as I can manage. 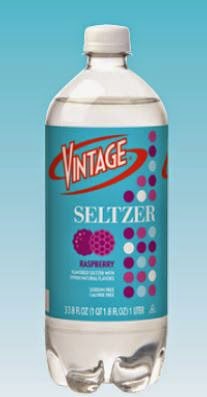 For instance, I have dramatically limited the amount of soda pop that I drink -- perhaps a single can of ginger ale after the gym -- and instead have substituted the flavored Vintage Seltzer water such as the raspberry or cherry-flavored. Now this isn't to say I don't have any drinks with sugar in them because, obviously, I do (e.g., Inko's or Gatorade). But when I do, I try to make sure I'm choosing the one with 16 grams of sugar rather than, say, 46 grams. (And I don't assume things overloaded with sucralose are any better -- I avoid those, too.) 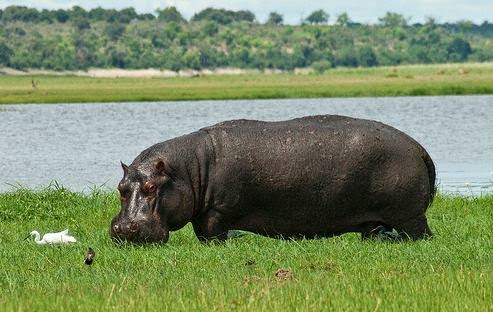 I also avoid the really hard-core fast foods (much like pornography, you the stuff when you see it) as much as possible and try to eat a decent diet (typically avoiding large breakfasts or heavy lunches when then I have sit in a cubicle for hours afterwards).
Prof. Krugman links to a really good article on Vox.com in which the author Julia Belluz takes her findings from interviews with 20 leading nutrition researchers and puts them into a "10 tricks" list. It is probably one of the better articles ever written on this topic of weight loss, how to do it, and why it is so difficult. The article is here (link embedded): Surprisingly simple tips from 20 experts about how to lose weight and keep it off.
It's worthwhile reading. I will say that in my case, #7 -- namely, "Exercise is surprisingly unhelpful for weight loss" -- has not been the case of me because, I believe, I have managed to avoid self-defeating compensatory behaviors. The tracking part has been spot-on, though. Oh, and for me, it rather helps that I am a gay man living among 20-and-30-something judgmental "sorority girl" gay men in a larger city (Washington, D.C.) filled with young and fitness-obsessed people.
OK, jukebox Saturday night entry to follow.
--Regulus
Posted by Regulus at 6:49 PM