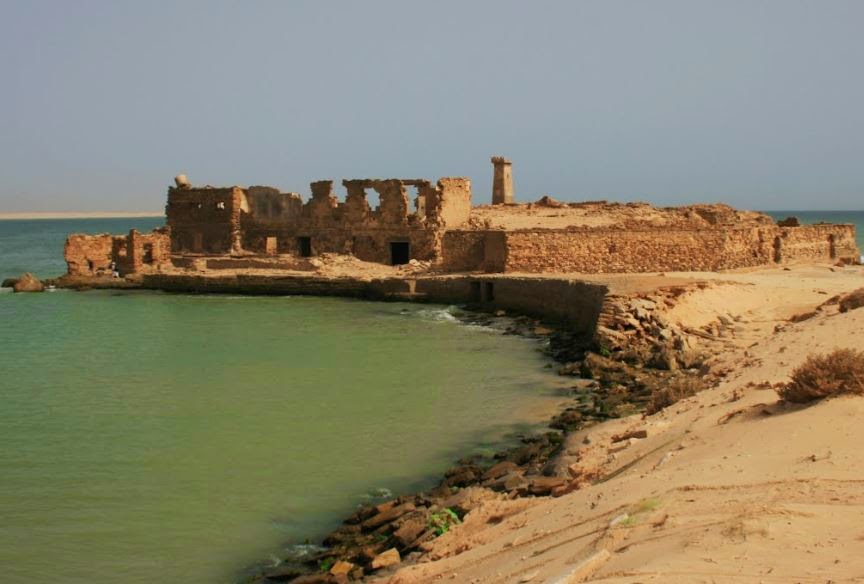 The ruins of what looks like an old fort in the seaside ghost town of La Güera (also known as La Agüera and La Gouera), Western Sahara, as seen on Sept. 15, 2012. This is located at the southern tip of the Ras Nouadhibou peninsula known as Cap Blanc. It is actually partitioned between Western Sahara and Mauritania with the former occupied by Morocco. Photo credit: Jose Antonio Navegante. (John Anthony the Navigator??) 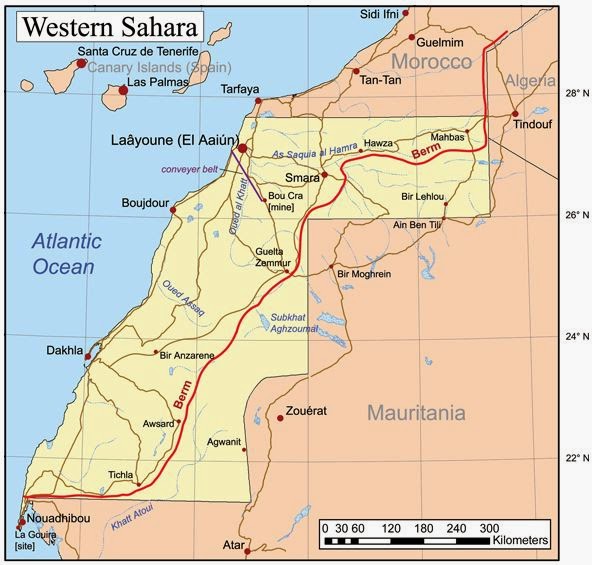 The Ras Nouadhibou peninsula -- located at the very bottom left corner of this map of Western Sahara -- is similar in geomorphology to another peninsula of Western Sahara a bit under 200 miles to the north-northeast that includes the city of Dakhla, which I wrote about in this entry.
I've always been intrigued by Western Sahara (formerly Spanish Sahara) because of its desert-by-the-ocean location -- in particular, the Atlantic Ocean -- and because present-day Western Sahara is the region to which the mid-Atlantic coast of the United States including New Jersey was attached as recently as 200 million years ago when Pangaea existed. 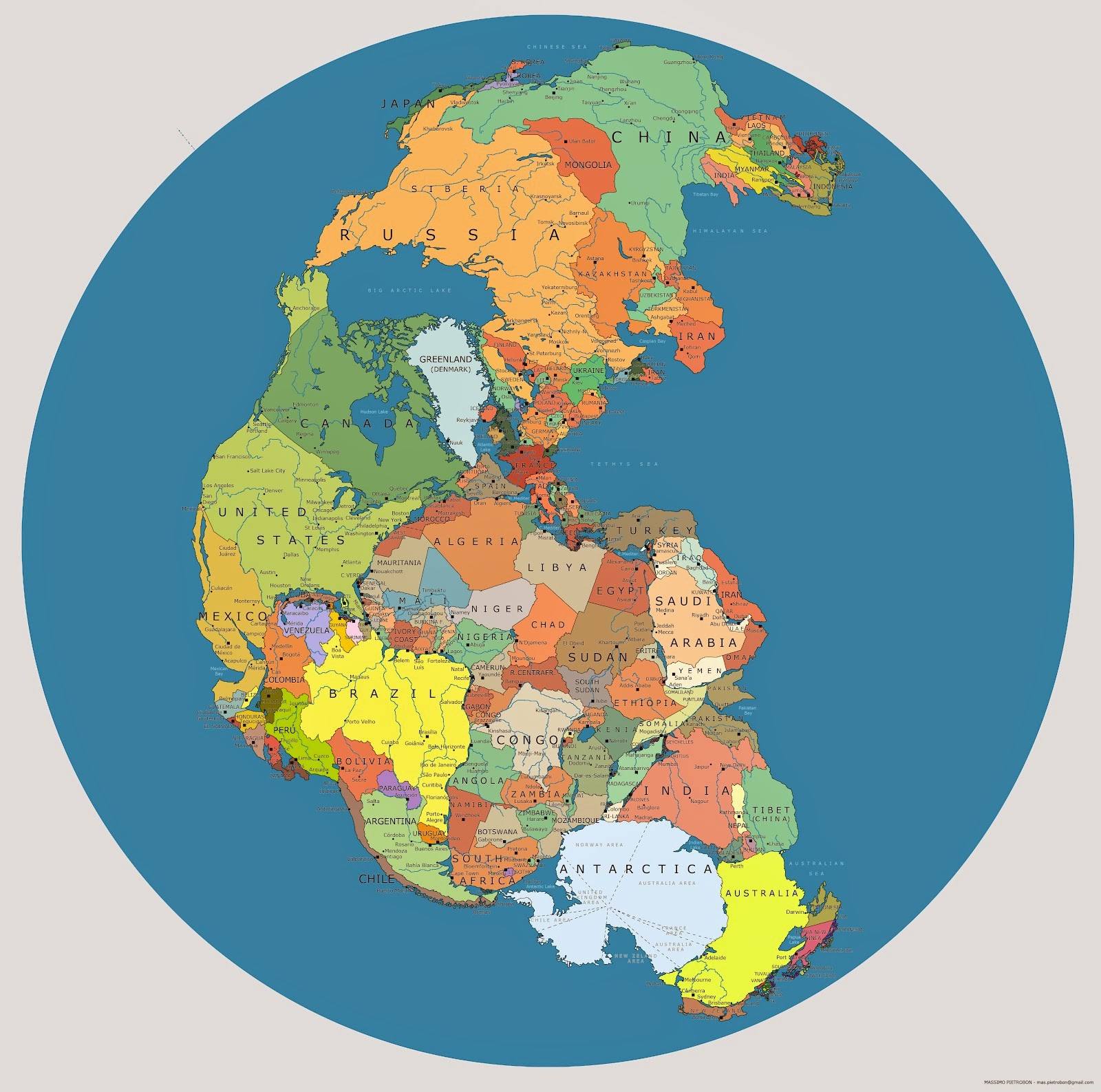 
Sorry for lack of updates last night. I started an entry but it spiraled out of control in terms of length and was much too vitriolic, plus I was very tired after a long day that included a good gym workout.
Despite the middle November calendar date, it's a mid-winter cold and blustery morning here in the Washington, D.C., area with temperatures presently a bit below freezing even at KDCA proper. It won't get much warmer today. We had a rainy frontal passage yesterday with about 3/4 to 1 inch of rain area-wide. (The two-day rainfall total at KDCA and KIAD were both 0.72" while KBWI had 1.05".)
There is not going to be any snow for us in this set up. That is not the case along in Buffalo (where Gary and I are going on Christmas day for a four day visit) and across the Lake Erie and Lake Ontario snow belts where the first major lake effect event of the season is ongoing. 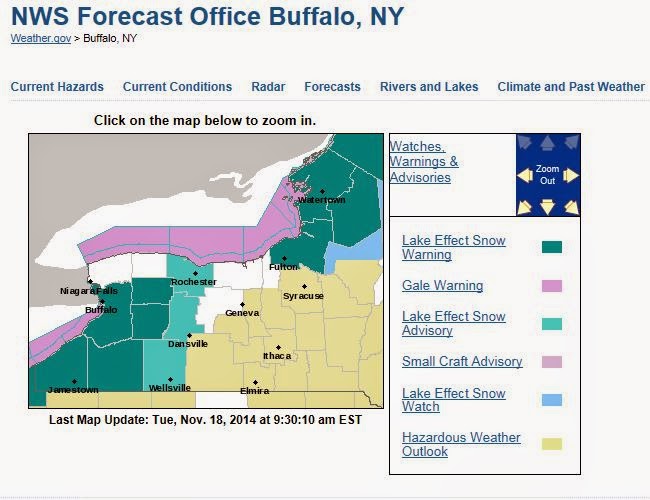 The Buffalo NWS county warning area (CWA) advisories currently in effect as of 930AM Nov. 18, 2014 as shown on the BUF NWS webpage. The deep aquamarine (or is it medium sea green?) are lake effect snow warnings for as much as four to five feet of snow in isolated places.
*******


I'll try to post an entry later tonight.
--Regulus
Posted by Regulus at 9:41 AM