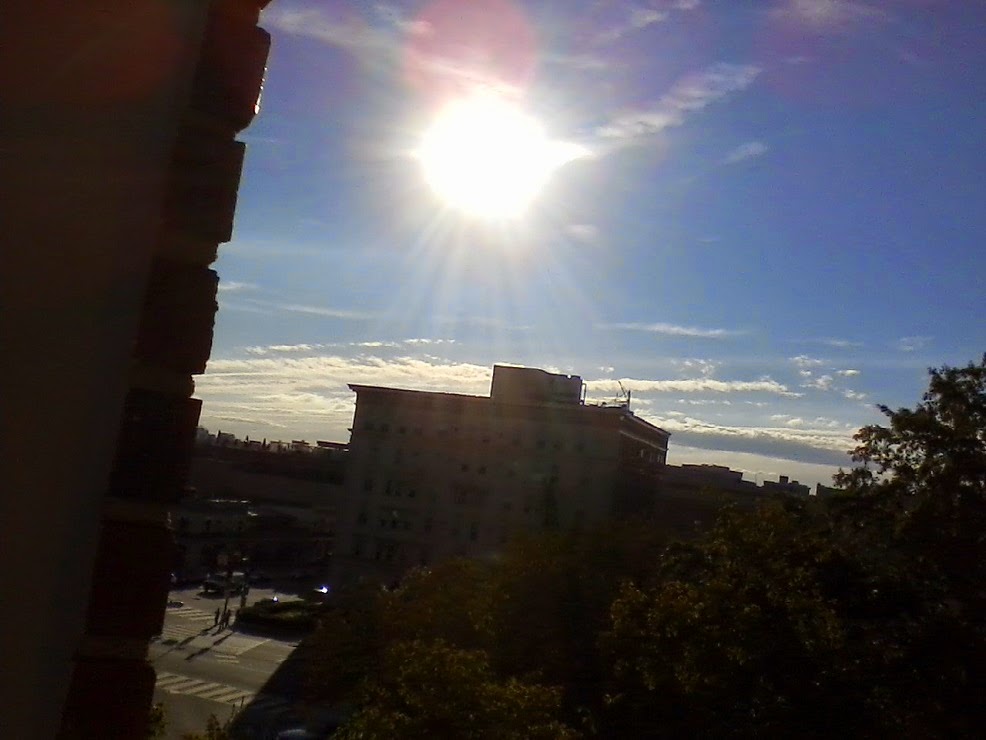 
Well, I did NOT go to the gym today. Boo. However, I fully intend to go tomorrow -- and, indeed, with it getting darker earlier, it rends problematic my summer season Sunday bicycle rides with their late afternoon starts.
This is particularly true with the Metro system these days for all intents and purposes half out-of-commission on the weekends with all that trains single-tracking and/or running every 22 minutes. The Metro rail issues render any bike ride that involves getting to some end station and biking back into D.C. problematic.
I didn't go because I am not feeling well with one of my (non-aural) migraine headaches today. By the time I got up and got ready, it just didn't make sense to go.
However, I have been doing some needed cleaning in this old dust trap of an apartment, and I am also doing three loads of laundry. This includes washing some of my bedding, which my long time readers (yes, I have a few) will know is nothing more than a pile of quilts and blankets and pillows on the floor along with about twenty stuffed animals, half of which are plush hippos. 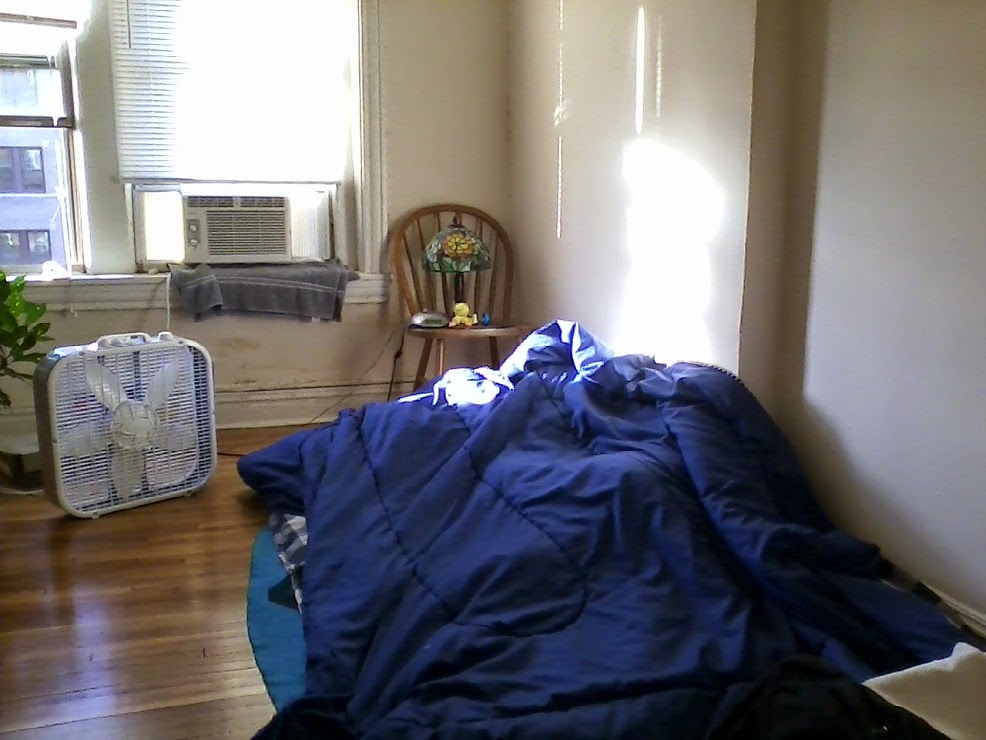 The "bed" in my apartment, Washington, D.C., 5:39PM October 4, 2014.
I was actually going to wash one of the quilts but it was so old and threadbare that it literally just tore apart on the edges and the stuffing came out so I put it in the basement trash bin. At this point, I need at least two new quilts and new pillows. Not to mention a whole damn new wardrobe. I estimate I need about $1,200 for this.
*******

As for today, It is a brilliantly sunny, breezy day following a strong cold frontal passage. It is 66F at KDCA at the 5PM hour after 72F earlier this afternoon (and also in the wee hours at 2AM ahead of the frontal passage). Winds are northwesterly around 20MPH with gusts to near 30MPH. The dew point has plunged all the way to 35F. 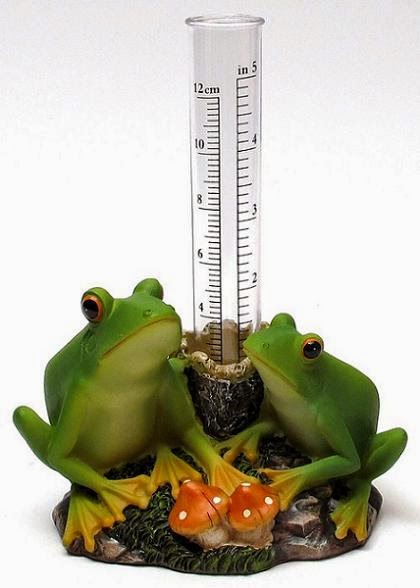 Last night's rainfall totals were unimpressive: 0.12" for the whole event at KDCA; 0.20" at KBWI; 0.18" at KIAD; and 0.12" at KDMH (that is the climate station four-letter designation for the Maryland Science Center at the Inner Harbor in Balmer, Merlin, hon). Again, these totals are for last night into the wee hours of this morning rather than calendar day totals.


Right now, I have the apartment windows open to let in the breeze but it is so flippin' noisy outside on the city streets. I am within earshot of the chaotic intersection of New Hampshire Avenue . 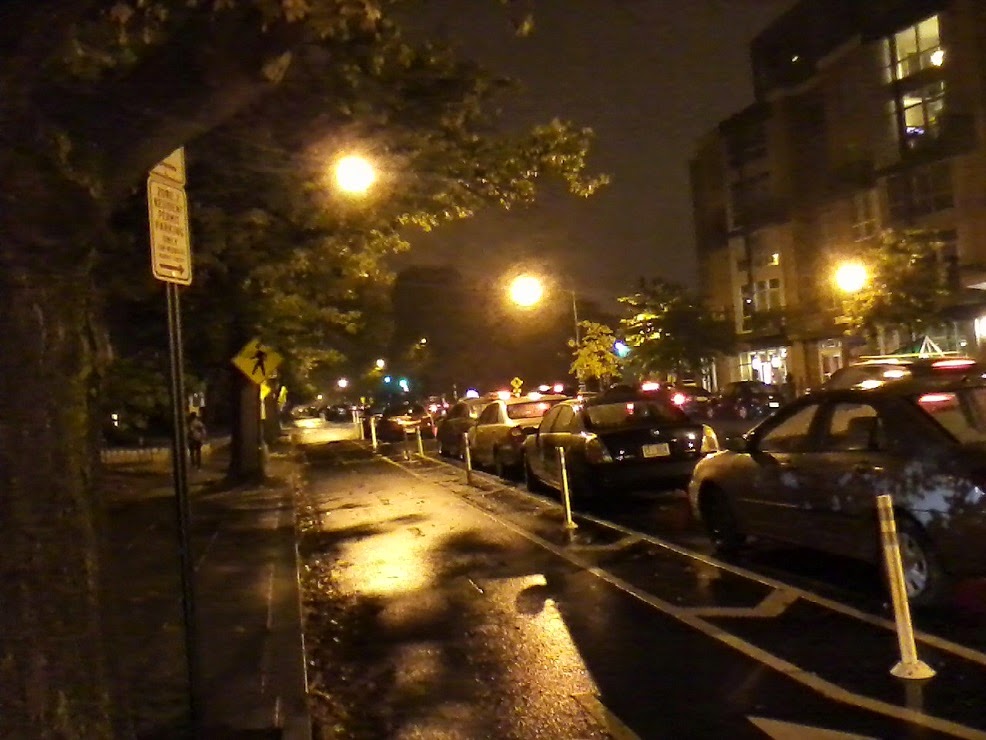 
Oh, and that fire station on U Street is going ALL the time with its two firetrucks and the ambulances always roaring and shrieking by on calls, not to mention the other ambulances and police cars wailing away up and down and side-to-side on the city streets. This is on top of the noisy traffic with honking car horns and flippin' motorcycles. I hate motorcycles.
This is the essence of urban America. The Washington Consensus crowd and its oligarchical paymasters are very well pleased -- especially since they live in quiet, super-wealthy suburban enclaves in McLean, Bethesda, Potomac, and points beyond or, in the District proper, Palisades, Spring Valley, and upper Georgetown. Benji Wittes wants to drone everybody who would disagree and Sebastian Mallaby has free trade agreements for everybody for all that brutal Chinese mercantilism. You see, it's all part of the never-ending hysterical society with its boundless security theatre designed for commercial purposes. 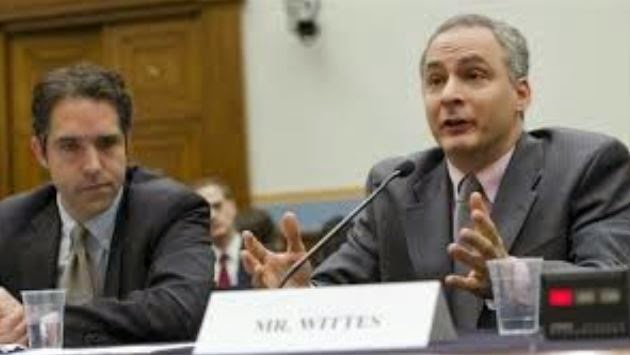 
Returning to the weather, there are widespread frost advisories and freeze warnings in effect for the eastern United States, in particular in the Appalachians, across the Ohio and Tennessee River valleys (where the next and umpteenth fully-gerrymandered and sprawled out Republican "wave" election is building), and into the upper Midwest. 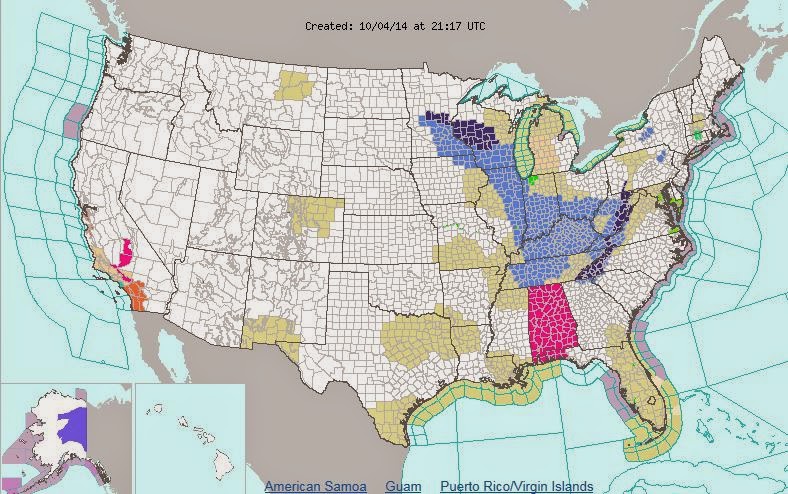 NWS weather advisories for the United States valid at 2117UTC (517PM EDT) October 4, 2014.
The sort of moderate blue are frost advisories and the dark / navy blue are freeze warnings. Here is a close-up of just the eastern half of the Lower 48: 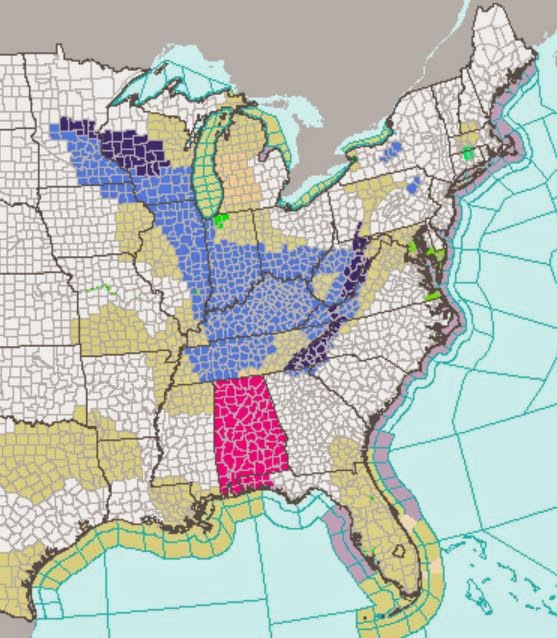 Same NWS advisory map as above showing only the eastern half of the U.S. Lower 48.
And would you look at how "red" -- or rather, deep pink/magenta -- is ALL of Alabama. In this case, it's because a daytime red flag warning.
Oh, and this reminds me: Please read this Jonathan Chait article in which he joins the ongoing discussion about what pathologies underlie Republican climate science denialism (and, I suppose you could argue, more general 19th Century Know-Nothingism) (link embedded): Is Republican Climate-Science Denialism a Mental Block? Look, I've said it before and I'll say it again: In many ways, the United States never left the 19th Century and in the past 30 years, many 19th Century aspects of our country have come roaring back.


Anyway, there are no such frost advisories or freeze warnings in the Metro D.C. and Baltimore areas where lows are forecasted to be mostly in the 42F to 48F, which means KDCA wont' even get to 50F. Still, it is definitely jacket-wearing weather tonight. There is a coastal flood advisory for some reason on the tidal Potomac and along the Chesapeake.
Updated 7:15PM 10/5/2014: 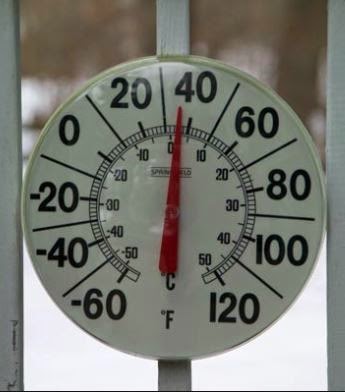 
Thus, no daily record lows were set at the three regional airport climate stations. (KDMH does not a full 30-year climate record yet.) Oh, yes, this proves GOP Global Cooling.
End of update. 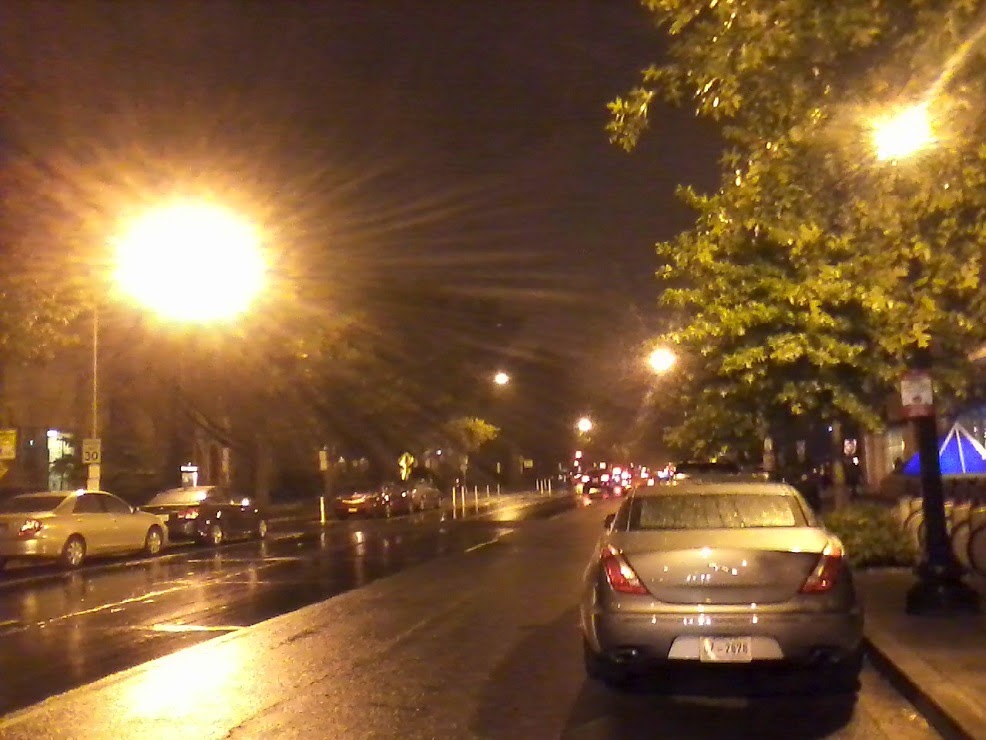 
As for last night, I ended up at Larry's Lounge where it was quite a show -- and to which I contributed. I had earlier been at No. 9 where I had a few vodka soda drinks and then a shot of whiskey, which I shouldn't have done, while talking to bartender Aaron. (He is doing another one of his trips -- this time to various places Spain. We talked about the Canary Islands.) 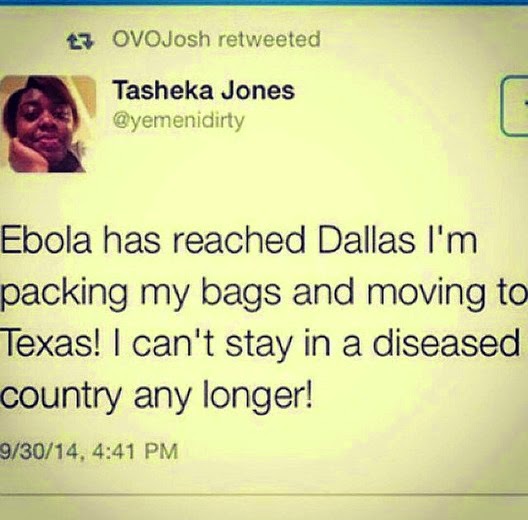 Ha ha
Kristof sent me this image earlier today. I'm not sure if it is an actual Twitter tweet or just made up (probably the latter -- it just hits on too many stereotypes). That whole Dallas Ebola story is a little scary, in particular the reported initial non-actions of the hospital.
*******


As for tonight, I am planning on taking my bicycle on the Metro and go down to Old Town Alexandria with the intention of stopping in again at John Strongbow's Tavern and then biking up the Mount Vernon bicycle trail (yes, in the dark) back to D.C. and going to No. 9 and/or Nellie's. 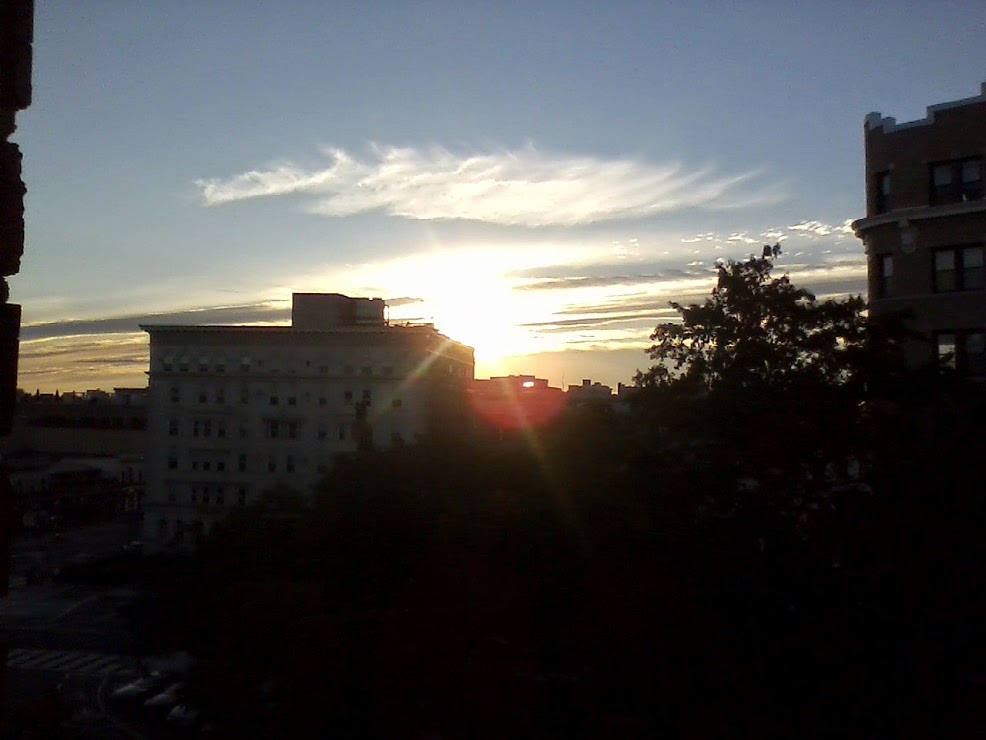 
OK, I need to get my laundry and fluff and fold. I also intend to post a jukebox Saturday night entry as well.
--Regulus
Posted by Regulus at 6:51 PM