Sentinels and Bonfires of a Lost World: More Recollections of the Ambrose Light, Trade Winds Beach Club, and a Vanished Jersey Shore Youth 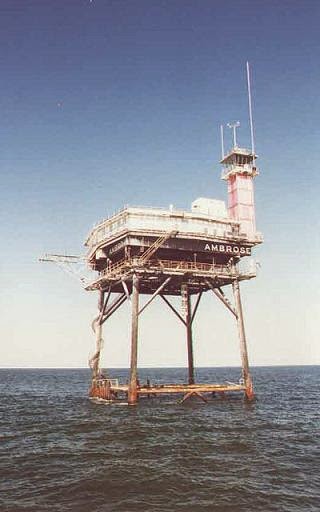 The old Ambrose Light "Texas Tower" at the entrance to Lower New York Bay in an undated photograph.
As discussed below, this tower was removed in 1999. Boo.
*******


I have decided to post this snippet of a larger entry into its own dedicated  entry. As for my other entry, I'm going to hold off on posting it.
I actually started this entry last night before going out -- solo of course -- to No. 9. I biked there, stayed for about 2-1/2 hours, and got back home around 145AM. I had an unexpected text message from my childhood / teenage best friend Jonathan in New Jersey. I have mentioned Jonathan (he goes by Jon) previously in scattered entries on this blog including here and here. 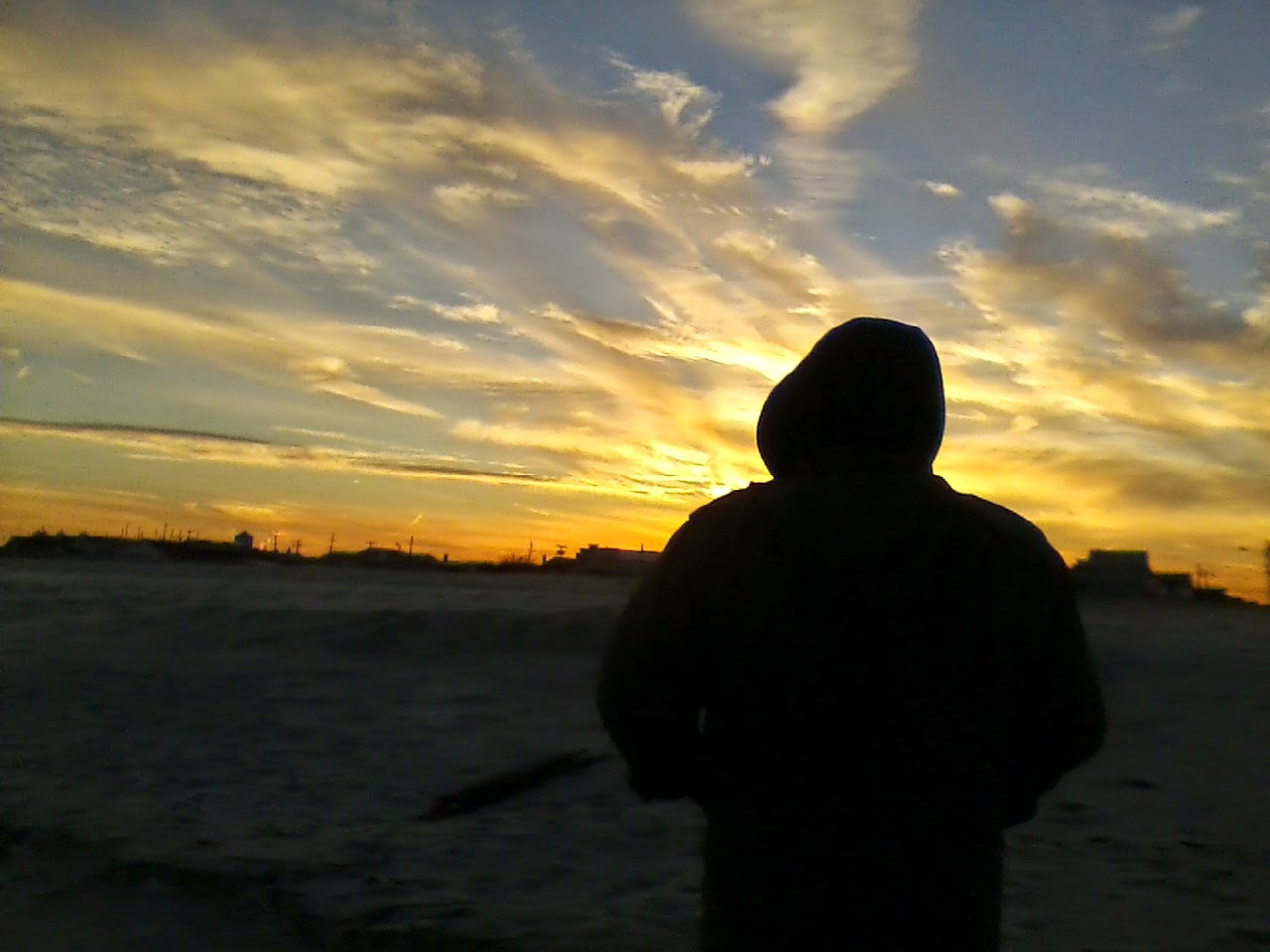 
Jonathan was doing a concert in Asbury Park -- he is with a band called the Ribeye Brothers* -- and he texted me after it was over. He said he was thinking about me. (*He once was the drummer in a "stoner band" called Monster Magnet that had a significant measure of professional success.)
That never happens.


Jonathan and I had a several exchanges during which I once again looked up the Wikipedia article on the Ambrose Light Tower that we used to be able to see from Tradewinds Beach Club, or alternatively in the spelling**, Trade Winds Beach Club, in Sea Bright, N.J., during the 1970s and 1980s. 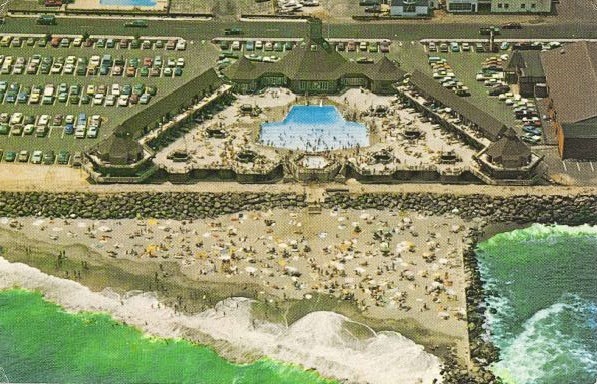 
**I realize I have been inconsistent in how I have spelled it. Of note, I still get a fantastic number of word and image searches on this blog for that lost, legendary beach club, especially from folks in the New York / New Jersey area. 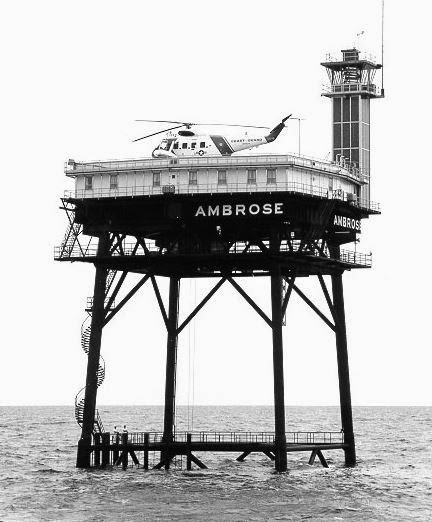 The Ambrose Light "Texas Tower" structure in an undated black and white photograph with a U.S. Coast Guard helicopter atop the platform, which also appears to be a roof of a station of some sort below it. Judging by the newness of the structure, which lasted from 1967 - 1999, this must have been taken in the last 1960s shortly after it was built / commissioned.
*******


As for the Ambrose Light, to me it always appeared as a distant little "high chair" far out (some indeterminate distance) in the Atlantic Ocean at the entrance of the very busy shipping lanes into and out of New York Bay. It was in what is known as the Ambrose Channel. At night there was a bright flashing swivel beacon on it. It was the case that I was seeing the "Texas Tower" incarnation of it that lasted from 1967 - 1999 (see above pictures). 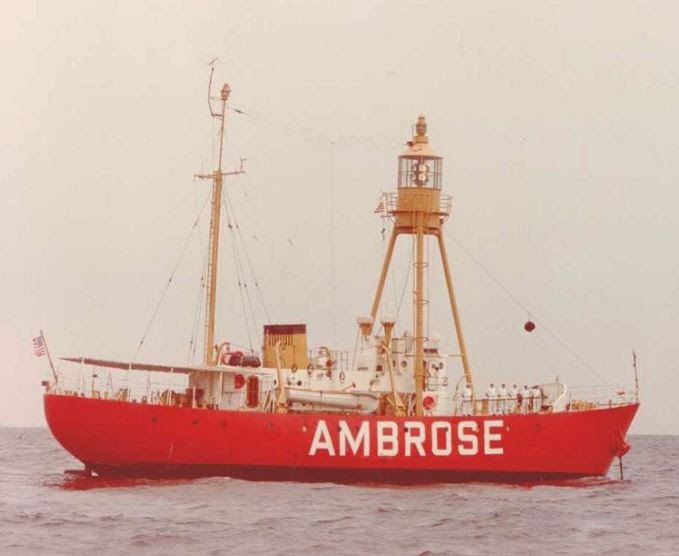 The last in the series of old Lightships Ambrose, United States Lightship WLV-613 (Ambrose), in an undated picture. This ship predated the Ambrose "Texas Tower" incarnation. There were multiple Ambrose lightships. It appears this one is berthed in Wareham, Mass.
So this old rust bucket and an even earlier incarnation (see below) actually outlasted the two sea platforms.
*******


Prior to 1967, there were (over the decades) a series of Ambrose Lightships docked out there stretching back to 1823, although the name "Ambrose" was not used until 1907-1908 for United States Lightship LV-87. The name is in honor of John Wolfe Ambrose -- for whom the channel and subsequent light ships were named. Of note, the LV-87 still exists as a National Historic Landmark in New York City at Pier 16 on the East River. 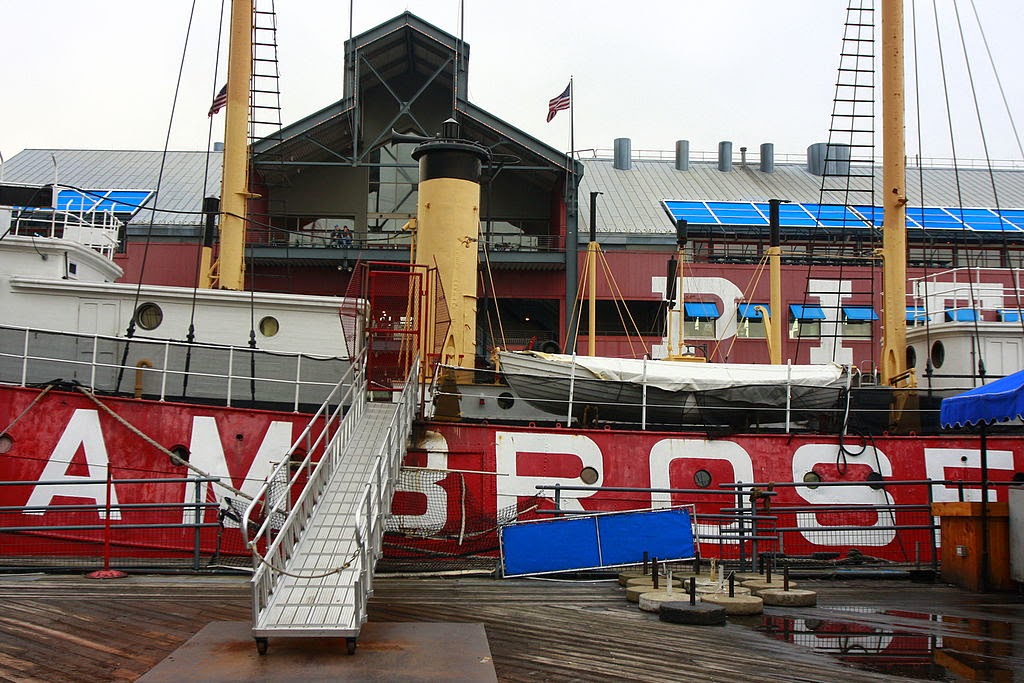 
In Oct. 1996, the replacement tower was damaged when a tanker struck it, and although repaired, the U.S. Coast Guard deemed the repairs insufficient and the old Texas Tower was demolished in Sept. 1999. 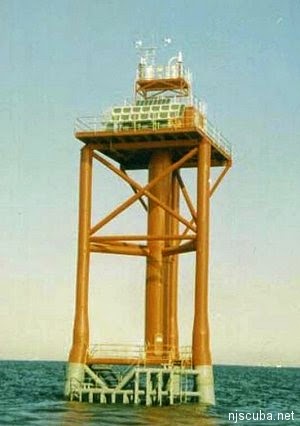 It was replaced in a different spot (about 1.5 miles from the original) by the weird structure pictured at left.

I also recall seeing this replacement structure a few instances on visits to the upper Jersey shore. However, it was struck TWICE by ships (in Jan. 2001 and Nov. 2007) and was finally removed for good in July 2008.


Source of info: Here and here.


In recalling our childhood and teenage years at Trade Winds Beach Club, and as a concluding text message to me, Jonathan wrote the following at 2:15AM:
"One thing I miss seeing and smelling is bonfires on the beach during the summer. That will never happen again ... lots of good things are gone forever. Sigh ... oh well goodnight my friend, I have to go to bed."
Sigh.


OK, that's all for now. I need to start my day. I don't have to go to the gym today since I had a good workout yesterday. In lieu of that, and since it is such a lovely, breezy fall day, I'm going to try to take a bike ride today from a Metro station in Montgomery County or Virginia and ride back into D.C.
Still stuck in the D.C. Bubble, with no Sentinels and a World Without End. Amen.