In the Autumn of the Empire: Some Thoughts on Fred Hiatt and his Washington Consensus 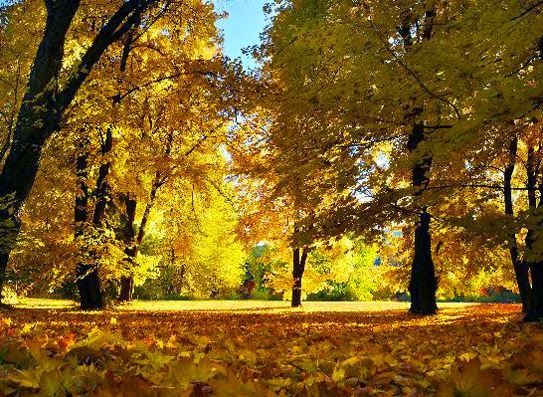 For this entry, I am just posting a series of autumnal-themed pictures except a handful that are relevant to the entry. Some of the autumnal themed pictures are labeled as to where they were taken. A number of the images came from here.
******* 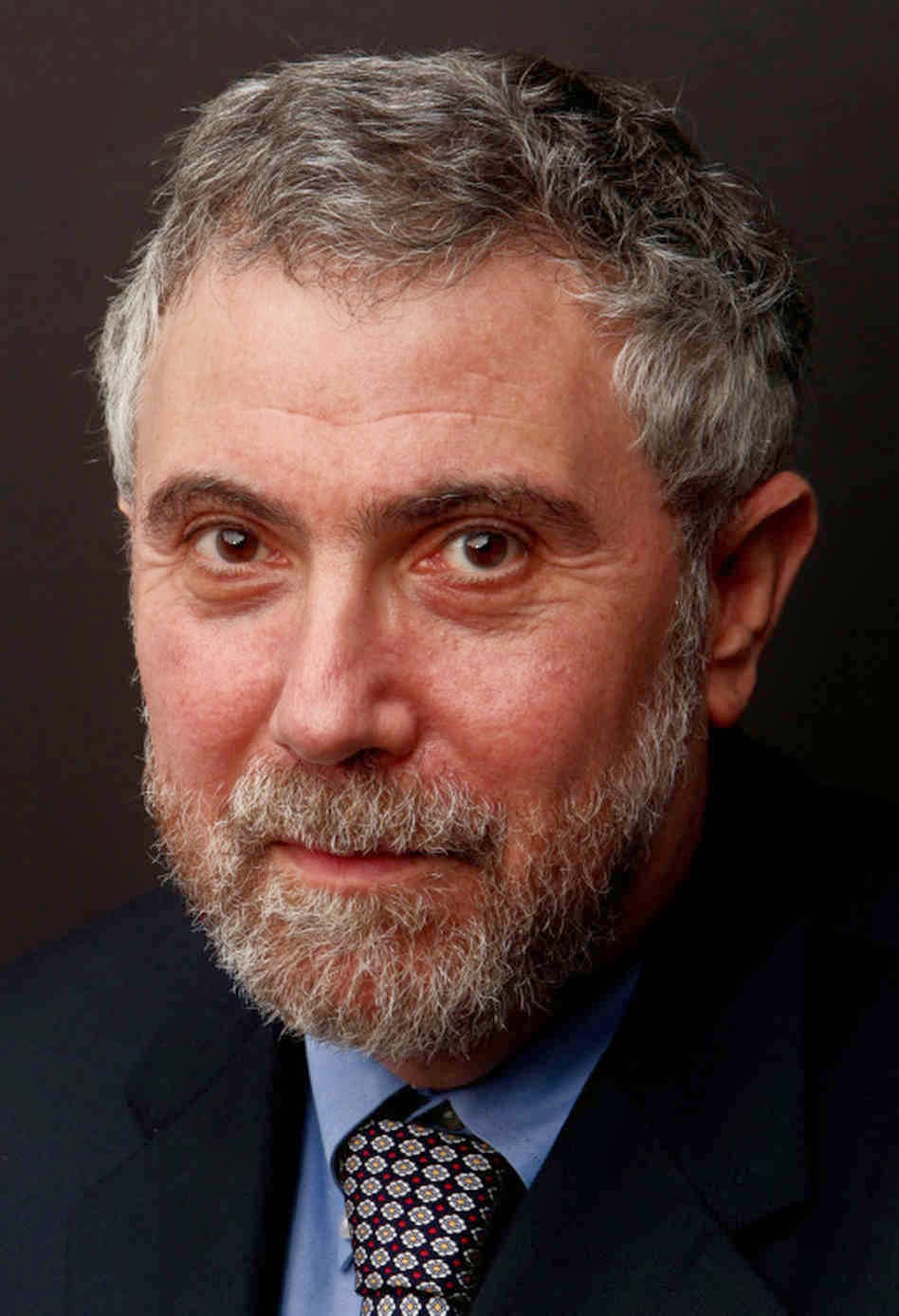 The great Paul Krugman today in one of his twice-weekly New York Time op-ed columns in this column (link embedded): Secret Deficit Lovers called out (without directly naming him) Fred "Washington Consensus" Hiatt over his delightful-to-watch chagrin -- bordering on hysteria -- that the deficit is plunging so fast.

Prof. Krugman previously referenced this on his blog on Oct. 8th in his entry (link embedded):


The Deficit is Down, and Nobody Knows or Cares. 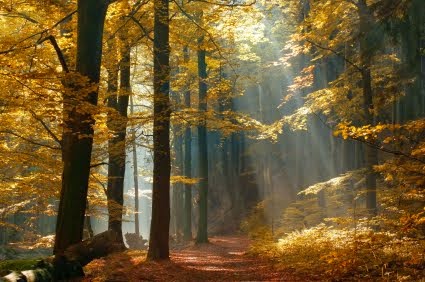 All of this was in response to the CBO reporting how low the Federal deficit for fiscal 2014 was -- $486 billion (a preliminary estimate) or, far more importantly, just 2.8 percent of current GDP -- as did Jonathan Chait in this New York Intelligencer blog entry (link embedded): Debt Scolds: Pay No Attention to the Falling Deficit! 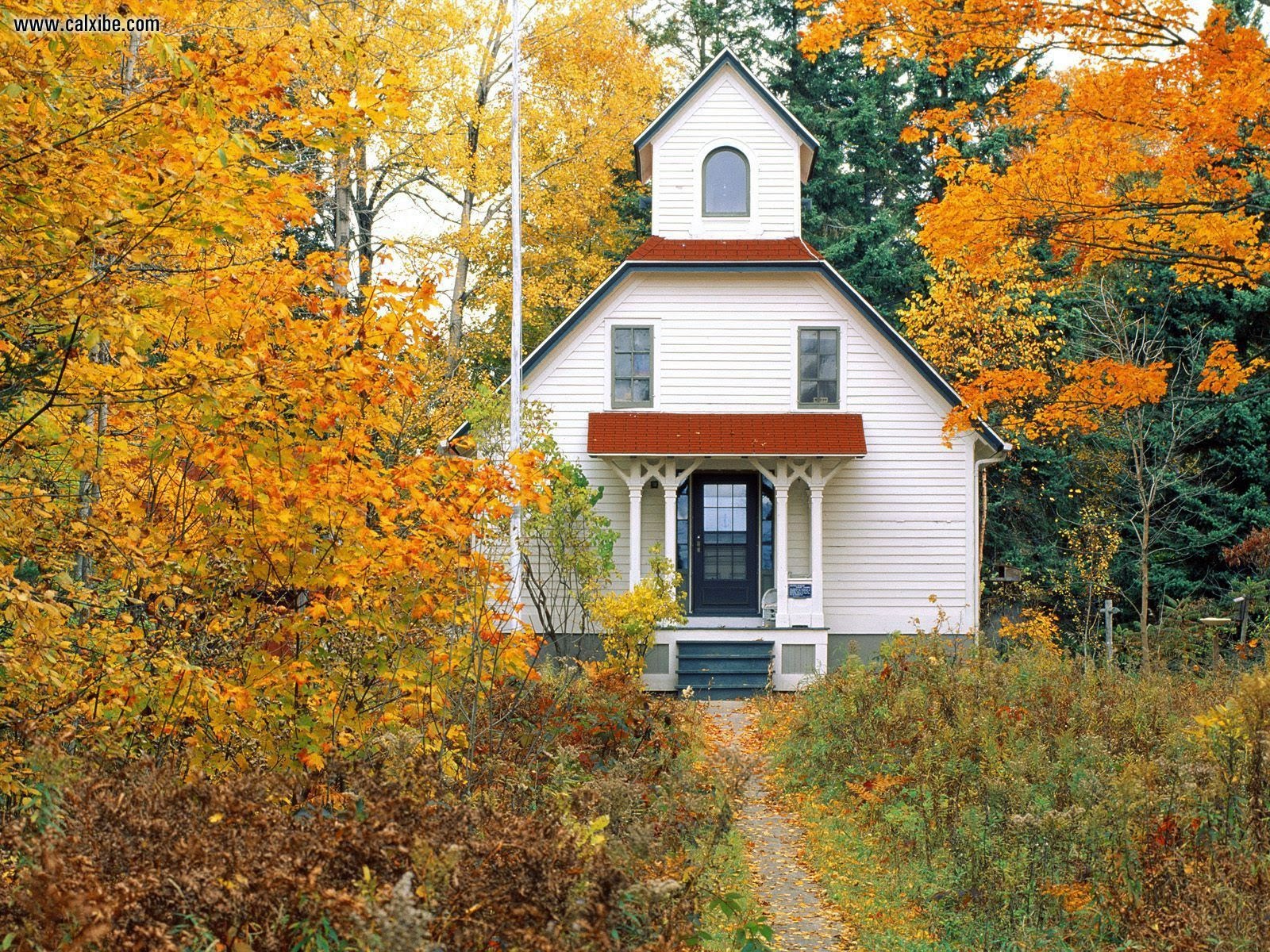 Chait doesn't normally write about these things, but on this day he was channeling the many writings by Krugman over the past five years. He wrote of the deficit scolds: "Their misplaced priorities helped doom millions of Americans to years of suffering."
You see, Hiatt is the penultimate Uber-Deficit scold -- not to mention one of those Prof. Krugman calls the "Very Serious People" -- who never sees a chance to shaft the working class, the poor, and those on fixed incomes that he didn't love ostensibly in order to "save" these programs. 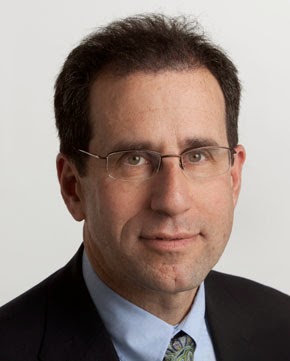 In reality, though, these repeated tropes are spouted by him and the Beltway courtier scribe class in service of their Wall Street corporate paymasters and more general oligarchical overclass whose bidding they forever do.

You know what they are up to when you hear the term-of-art and code phrase: "entitlement reform." That's Beltway and Sunday morning talk show mediawhore-speak for privatizing Social Security and block-granting Medicare. Yes, this is THAT Autumn Microsoft Desktop image.
*******


Hiatt and his ilk continue to pretend to be fixated on the deficit -- and dismiss as "false" all good news -- and demand "entitlement reform" to a program that is solvent for decades to come.
To be clear, the 2017 Hiatt cites is when the Social Security Disability Insurance (DI) fund, if not replenished, would be out of money. This is not the same as Old-Age and Survivors Insurance (OASI). OASI starts to spend more than it collects in 2019. The actual "insolvency" of the entire Old-Age, Survivors, and Disability Insurance (OASDI) -- i.e., all of Social Security -- is in the year 2033.

If you are interested, you can read (link embedded) the "A Summary of the 2014 Annual Reports of the Social Security and Medicare Boards of Trustees". The content at that link will change over time. 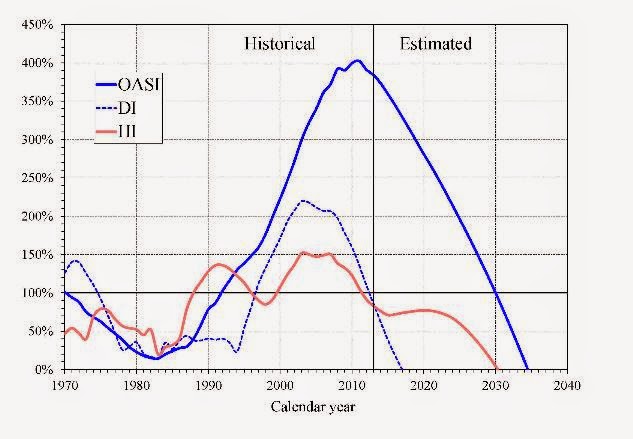 But that actual "insolvency" date can EASILY be postponed, well, indefinitely with some minor taxation or policy changes, or for that matter, putting a frickin' financial transaction tax on the Wall Street hedge fund racketeers and mega-billion dollar speculators.
Rather, as Krugman notes, Hiatt's solution is to cut benefits now to avoid cutting benefits later. 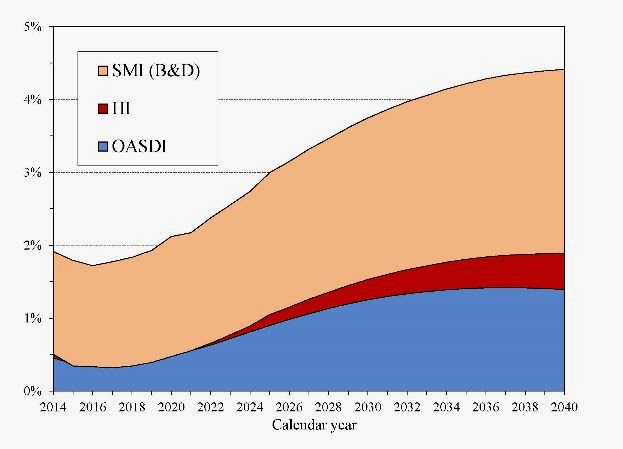 Projected SMI (see below for definition), HI, and OASDI of general revenue funding as percent of GDP 2014 - 2040. By bending the health care cost downward, the dire financial issues really evaporate -- and that is exactly what Obamacare is doing. (see below)
*******


As for Medicare, the success of the Affordable Care Act ("Obamacare" in bending the long-term health care costs down means that the program is now solvent through 2030 (in the last iteration, it was 2026). Medicare consists of the Hospital Insurance (HI) Trust Fund, which pays for in-patient hospital and related care. The Supplementary Medical Insurance (SMI) Trust Fund and it comprises two separate accounts: Part B, which pays for physician and outpatient services, and Part D, which covers the prescription drug benefit.
According to the Trust Funds report linked above, in 2013 there were 47.0 million people received OASI benefits, 11.0 million received DI benefits, and 52.3 million were covered under Medicare. 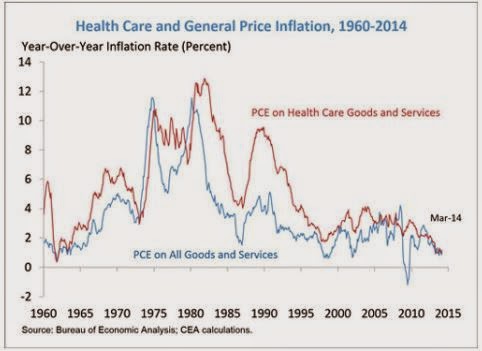 Michael Lind has proposed ideas on how to EXPAND Social Security rather than having people rely on the rigged casino of the stock market and 401-k nonsense. For that matter, so has Paul Krugman in this NYT op-ed column last November. 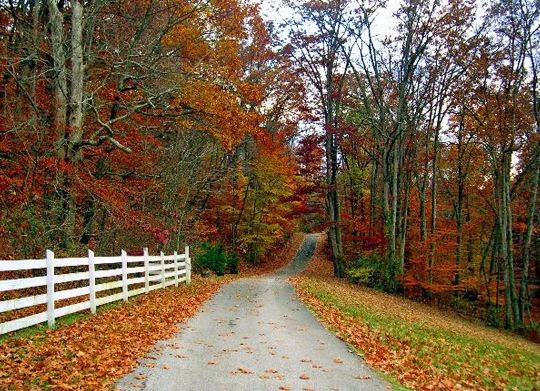 At this point, you might be wondering: Who is Fred Hiatt? 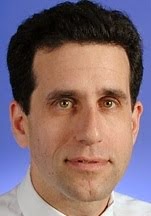 Why, he is the editorial page editor of the once-mighty Washington Post (or to quote the late, great Bartcop, "The WaHoPo"). He has been in that position for what seems like, oh, 500 years ... back to those early 1990s halcyon days of The Washington Consensus and fake Clinton scandals from the tragic (Vince Foster's suicide) to the Dadaist absurd (to wit, Mena Airport drug running).


Even before his reign this once liberal / working class-friendly newspaper morphed into something very different -- as society changed and the Beltway courtier class developed into its current form. But during his tenure, it has accelerated to its Götterdämmerung end. 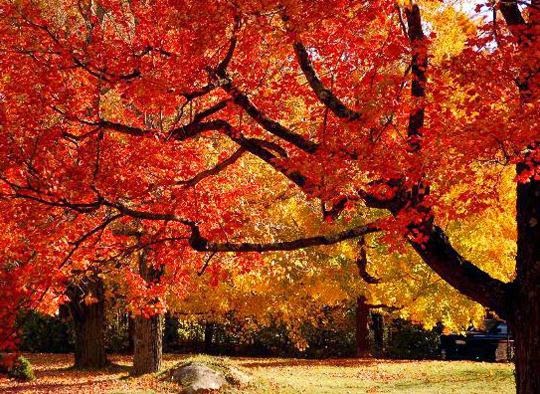 Indeed, that "paper of record" has become steadily more irrelevant and probably doesn't have more than 10 to 20 years left as a dead-tree version (although its web incarnation is far more lively and engaging and "robust"). 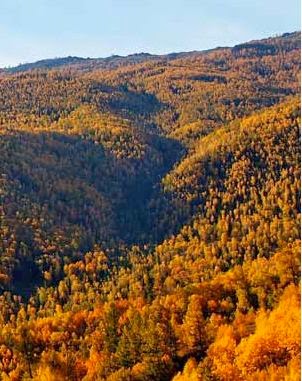 As for Uncle Fred, he and his WaHoPo "stable" of editorial writers then-and-now -- not to mention sundry op-ed columnists that he employs -- collectively embody that American working class-destroying neoliberal economics and neoconservative late-stage imperialistic warmongering.


It's a combination that has ZERO constituency in America outside of a Sally Quinn dinner party or Cokie Roberts This Week "round table" discussion.

Pick the topic and Fred Hiatt is there to give you the WRONG answer on anything. This is why one should ALWAYS do the EXACT OPPOSITE of what Fred Hiatt says.

Hiatt is the man in a most influential spot who gave us WAR NOW WITH IRAQ! on Bush's Saddam WMD lies that resulted in 11 years of mayhem and an ever-worsening situation in Mesopotamia and the Middle East in general. In the period 2002 - 2003, it was a rouge's gallery of neocon warmongers, and he has never really explained that one. (He just laughs it off and will give that WaHoPo whore-speak non-answer, "The editorial speaks for itself.")

Hiatt and his stable sounded no alarm whatsoever to the impending 2008 fiscal and economic disaster. He was too busy publishing Robert J. "Deputy Dog" (or is it "Droopy"?) Samuelson's unreadable, waste-of-space columns.


*To be clear, Wittes and Mallaby were members of the actual editorial board that bangs out the always-awful unsigned editorials and worked under Hiatt. Back then, Wittes was all about Monica's Dress and the Whitewater hoax. Today he's all about droning everybody and how great is Guantanamo detention facility. As for Mallaby, he's a Tory expat in America (oh, the horror), with a "Free Trade" fetish, which of course means brutal Chinese mercantilism and destruction of the American working class. Finally, Glassman was one of the rouge's gallery of op-ed page columnists (not to mention the financial columnist then). A telegenic and charismatic presence, the nominally libertarian Glassman was then and is now basically for rent to whatever corporate entity pays him to say whatever, but it's usually along the line of that wonderful book title "TOXIC SLUDGE IS GOOD FOR YOU!" 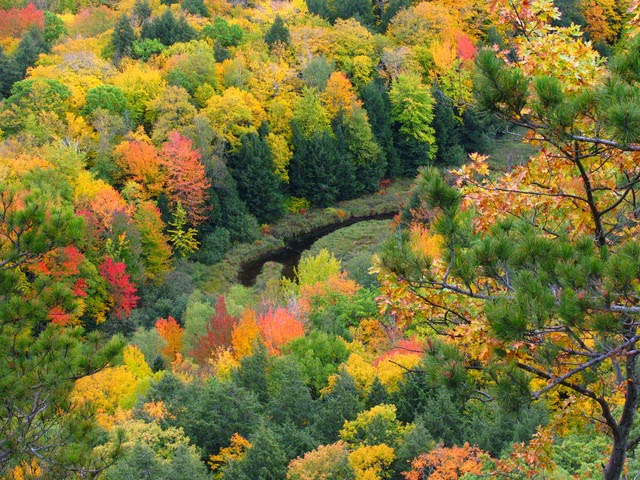 Hiatt and his stable promoted the AUSTERITY NOW! based on that totally debunked Reinhart and Rogoff "90 Percent Cliff" study. (That study, of course, was just a tool ued by the Republican Radicals and the Washington Consensus crowd to attack anything that doesn't coddle the superrich.) And they did this in the face of a demand-side depressed / lower zero-bound economy. 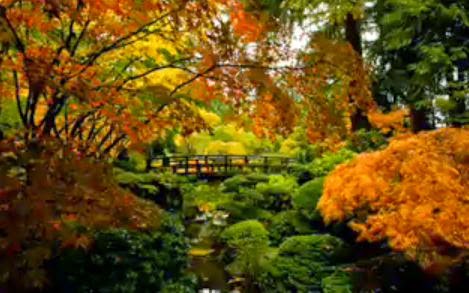 Finally, Hiatt and his stable invoke that "Professional Centrist" creed of a phony "balance" and false "objectivity" whereby -- again, quoting the great Paul Krugman -- "Views differ on shape of planet."
To summarize, Fred Hiatt is the quintessential embodiment of a fading oligarchy and that oligarchy's class interests, which if you are reading this blog, are diametrically opposed to anything that could help you and your family, friends, and community.
Just don't listen to that man. Of course, odds are if you don't live in the D.C. Bubble, you've never even heard of Fred Hiatt. 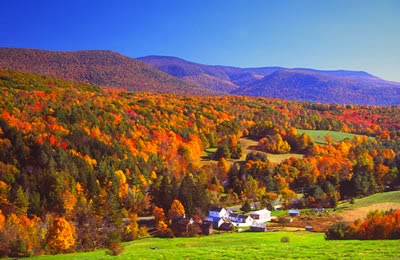 As I see it, the good news is that under the awful Jeff Bezos' ownership that features a non-Graham family publisher, the weirdly Reagan-worshipping Frederick J. Ryan -- Hiatt's days in the helm are likely numbered as those two bring in more outright rightwing voices.
Sure, there is all that horse pucky about "maintaining the wall" between "news" and "opinion," but that's 1980s / 1990s journalism 101 nonsense no one believes. No owner of a major and historically influential news and opinion outlet in this day and age wants that nonsense false-balance. 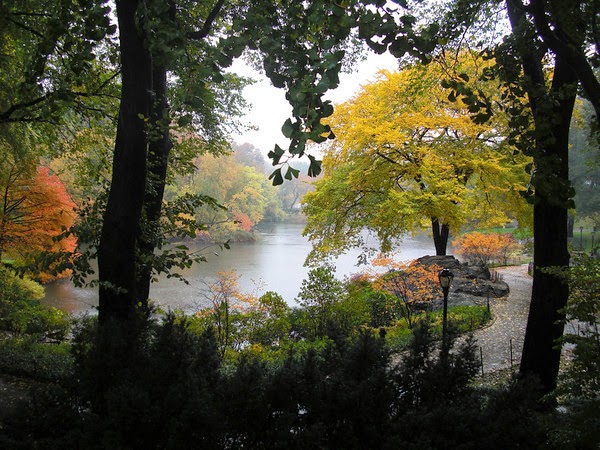 To be clear, that's not the times in which we are presently living. We've returned, in a strange way, to a sort of freewheeling mid-19th Century era of intense polarization and different realities and our "news" content and sources reflect that fact. Sure, that might be a bad thing that portends a troubled American future, but that false-balance, Robert Rubin-style, corporate-friendly, Beltway bullshit that Hiatt provides is something nobody wants. 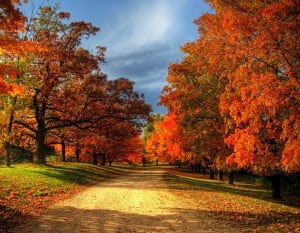 Uncle Fred should just find some journalism school where he can be the Knights Chair of This or That and regale some impressionable 19-year old students with past glories of Monica's Dress, Free Trade Agreements, and the Washington Consensus circa 1997. Above all else, he can leave the rest of us alone.
OK, there, I think I got out all my Fred Hiatt vitriol. 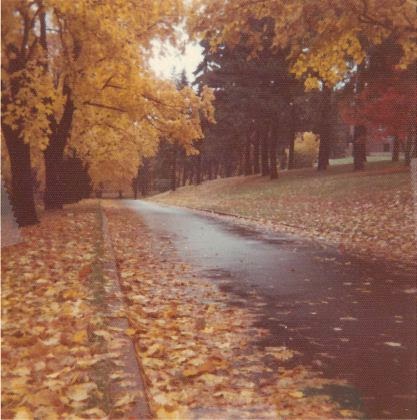 As a coda, the funny thing is, I actually met him once -- at the corner of Connecticut Ave. and M Street NW near Farragut North -- and we spoke amicably for about 5 minutes. It was in early 2004. I did criticize him for saying after the Supreme Court Coup that gave us Bush and his editorial board wrote "there are no asterisks next to George Bush's name" that "there are a thousand asterisks next to his name."
I also recall saying how there is a Hiatt Place in D.C. (Columbia Heights) spelled that way.
--Regulus
Posted by Regulus at 10:45 PM