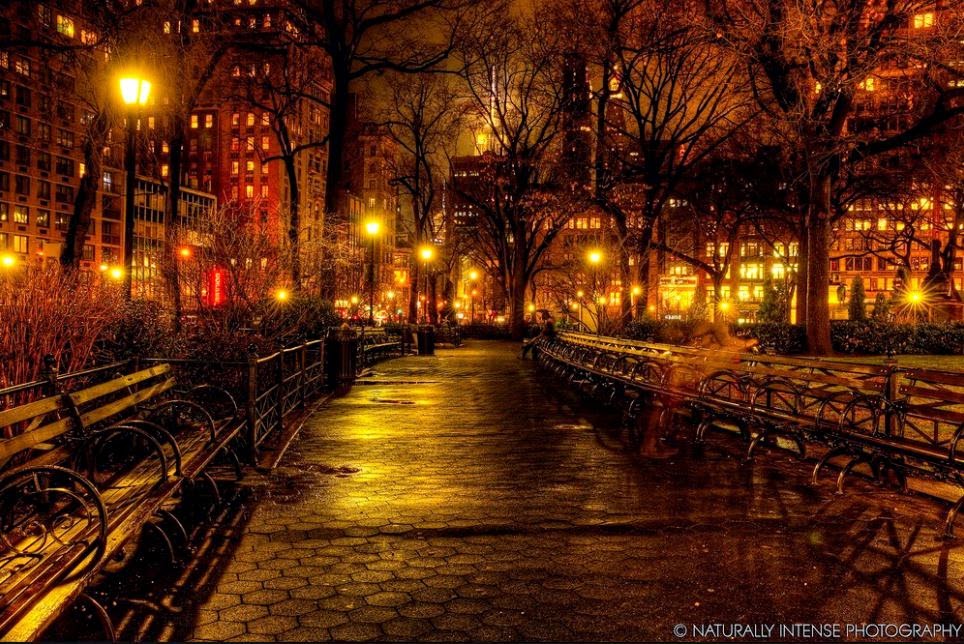 A rainy night at Union Square Park in New York City.
I found the picture on this site Naturally Intense Photography that features many lovely images of New York City at night, not to mention many other categories of beautiful photographs. I'm not exactly sure what you call this kind of photography where some of the pictures have been "altered" in some fashion and can even appear to be hybrid drawing / photograph.
*******


It is a showery, humid Friday night here in the D.C. area ahead of an early autumn strong frontal passage. Right now it's still 70F with dew point around 63F at the 9PM hour at KDCA. Highs tomorrow are forecasted to be around 68F and on Sunday only 62F under mostly sunny skies while overnight lows will be near 44F in the District proper and around 40F out in the suburbs to exurbs (and near freezing in the Shenandoah / Blue Ridge). 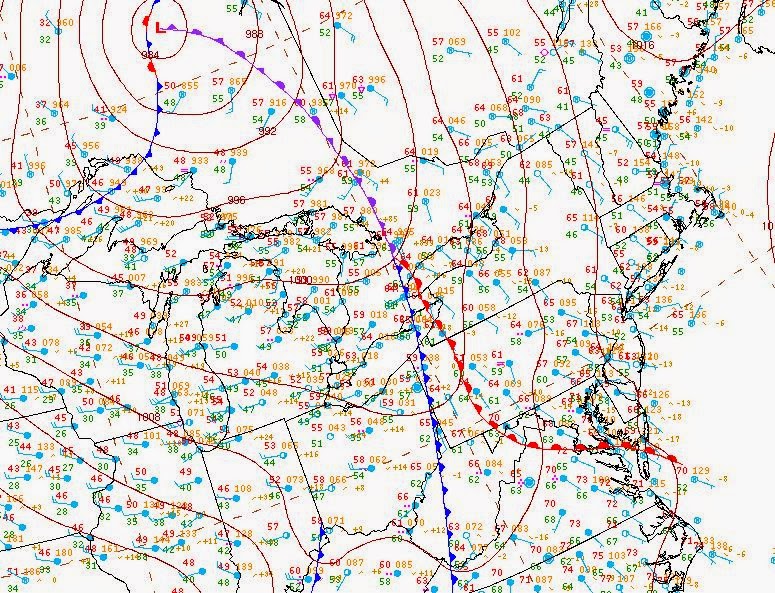 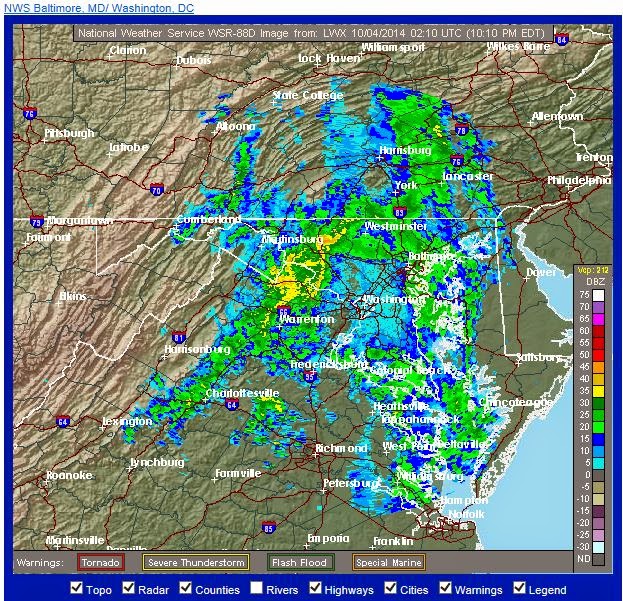 
I am home after a surprisingly busy Friday at work trying to hurriedly finish edits to the big IA-HEV report due out later this month and after getting a haircut at the Hair Cuttery (Bea cut my hair tonight) and then making dinner and taking a shower to get rid of all the lingering hair. When I get a full hair cut with the clippers, it's like being sheared as my hair is such a dense mat on my head. 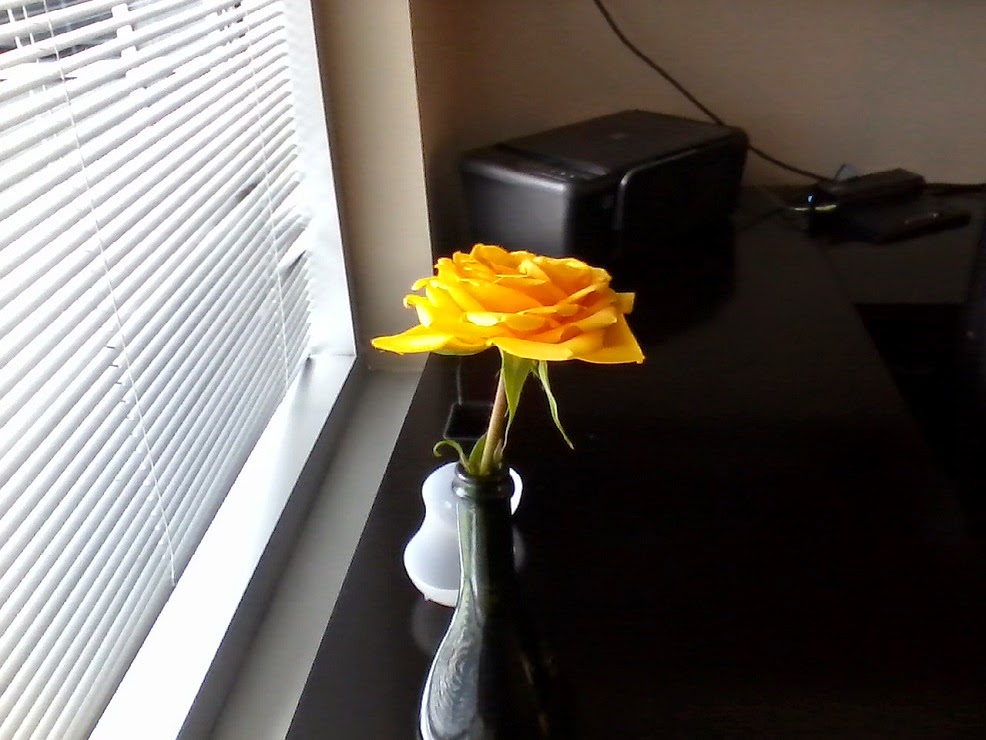 
Right now, I am watching an episode of The Middle. The bit character Brad Bottig -- Sue's flamingly but never-actually-stated gay close friend -- is hilarious. He is played by actor Brock Ciarlelli. The dumb jock character Darren is played by John Gammon and, though I don't normally go for that type, is quite hot. And I find the narcissistic jock oldest brother character, Axel, kind of a riot (of his younger sister to his mother, "Send her to Bible camp to pray the DORK away!"). 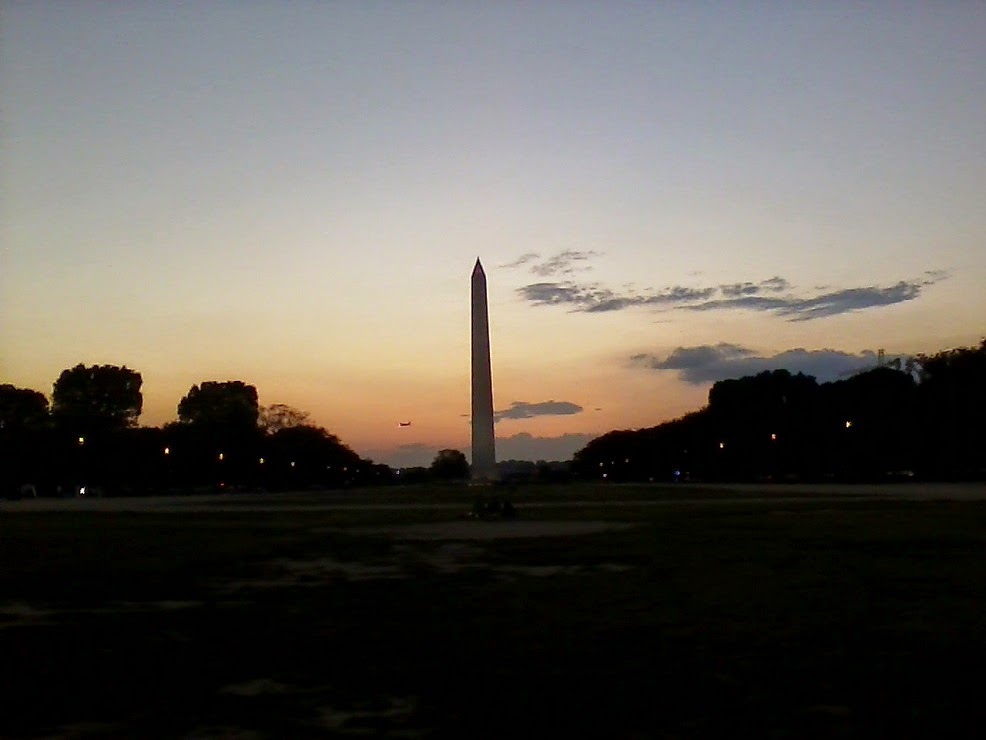 
OK, this really wasn't the entry I intended to post -- just a bland, quick update. I really want to do some thematic ones involving editions of the "Wall-P & Me Chronicles" ... Oooh, the possibilities of absurdist theatre with a deep streak of Kafka in an early 21st Century post-industrial, money-fixated, entertainment / information, and financial bubble American bourgeoisie way. 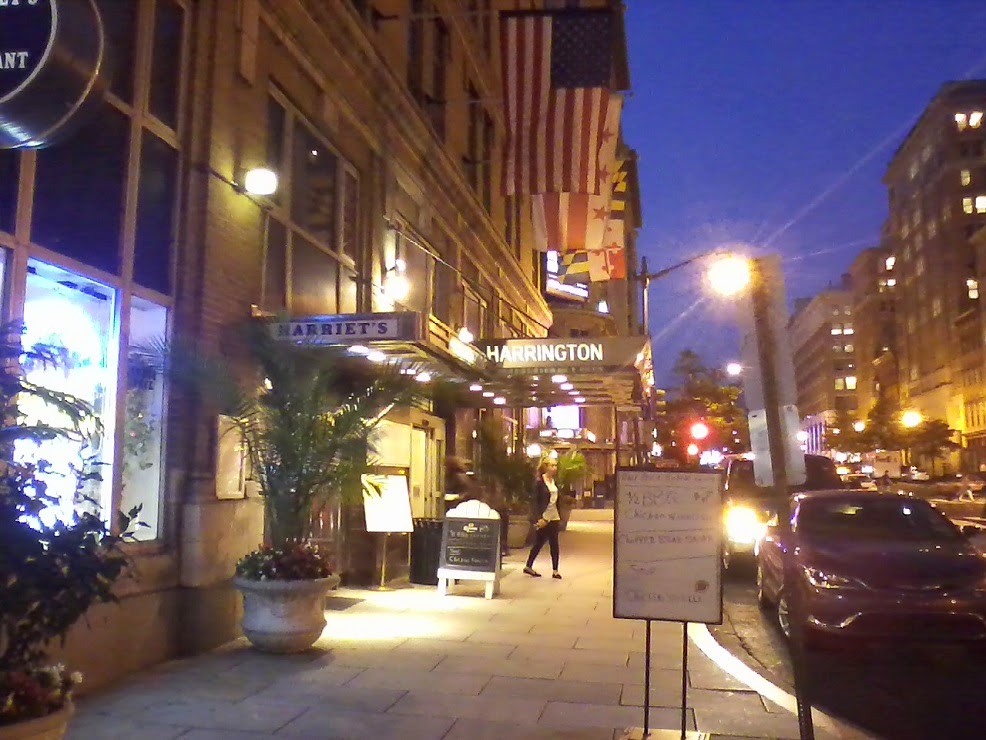 The sidewalk along 11th Street outside the Harrington Hotel with its street-level Harry's Pub / Harriet's Family Restaurant (both are co-located in the same space) between Pennsylvania Avenue and E Street NW, Washington, D.C., 7:16PM September 30, 2014.
*******


Anyway, for tonight, I'll just do my usual bar circuit -- Larry's Lounge, No. 9, and one other TBD place. I doubt I'll go to Nellie's -- too mobbed and I don't want to walk there in the rain. As for tomorrow late afternoon / early evening, I need to go to the gym.
--Regulus
Posted by Regulus at 10:25 PM