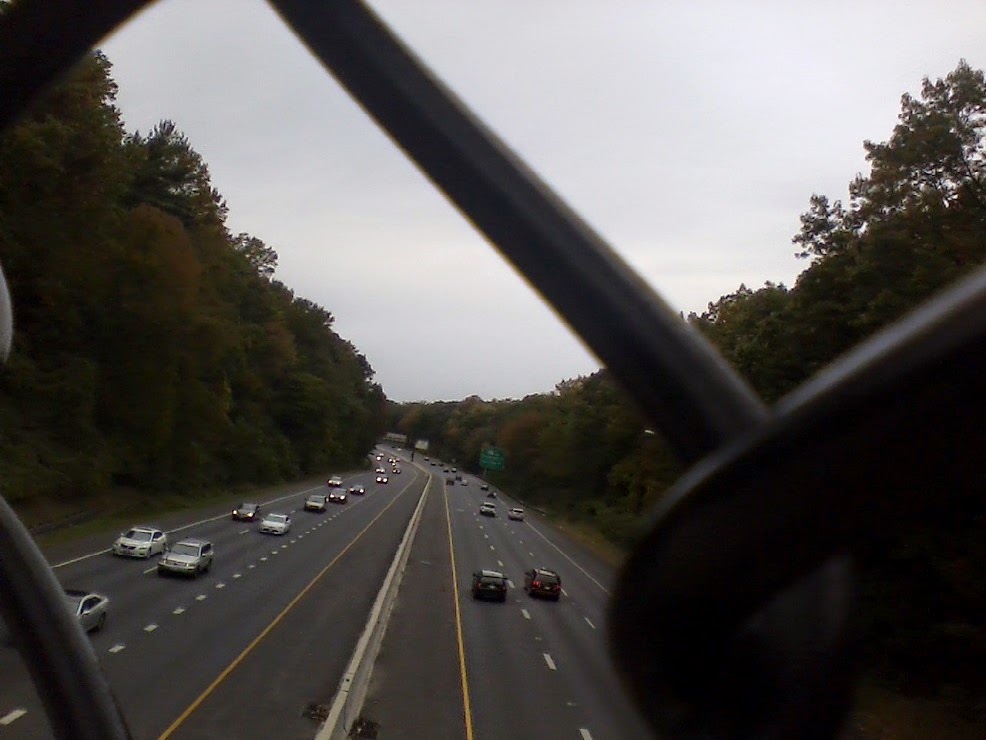 I-270 as seen from Grosvenor Lane overpass in unincorporated North Bethesda, Md., 5:09PM Oct. 12, 2014.
This entry contains several disparate topics. The photos include a thematically unrelated set that I took on Sunday on a bike ride from Grosvenor via Bethesda back into D.C. on the Capital Crescent Trail (stopping at Rock Bottom in downtown Bethesda). There are also some weather images.
*******

I'm in a much better mood now.


I was in a horrendous mood much of the day. I slogged in a torpor through the day even as I started on a new BA case in Okla-homo. And it wasn't like I was extra tired: I had a full night sleep last night. 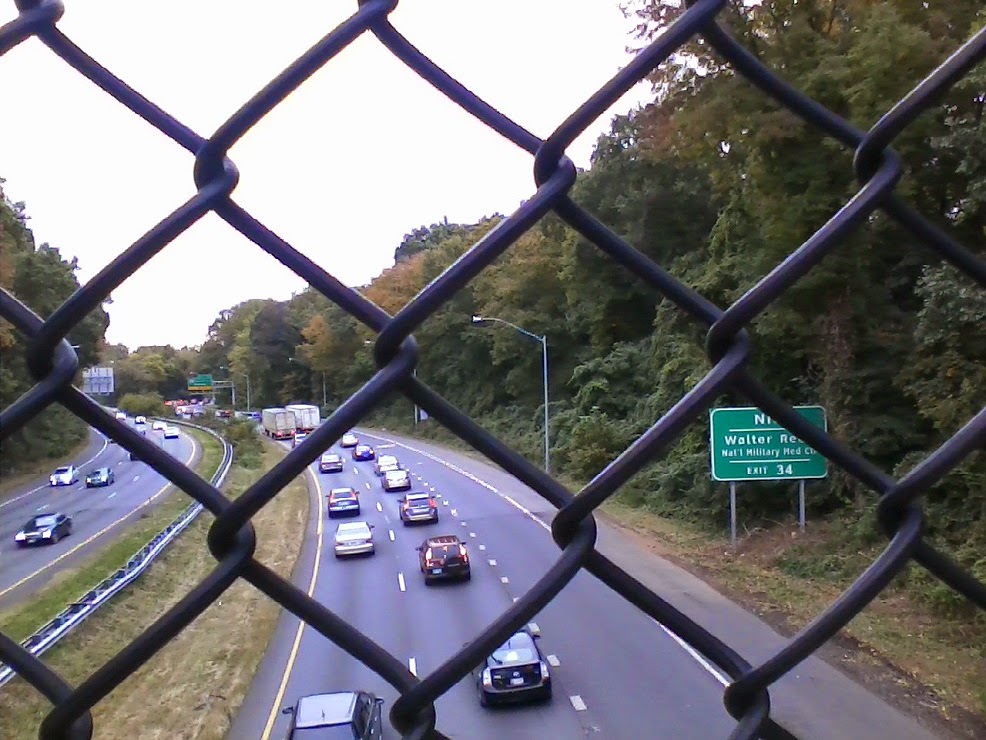 The Capital Beltway as seen from the little overpass of the Bethesda Trolley Trail(also called the North Bethesda Trail), Bethesda, Md., 5:16PM Oct. 12, 2014.
This too in unincorporated Bethesda/Montgomery County, Md.
*******


And I TOTALLY did not want to go to any post-work happy hour. However, I made it to the gym last night and typically take off Tuesday nights. The Tuesday night event was at Bar Code where on Tuesdays the way overpriced bottles of wine are reduced to by half to just overpriced. I stayed for about 90 minutes but only had two glasses of wine and then walked home. 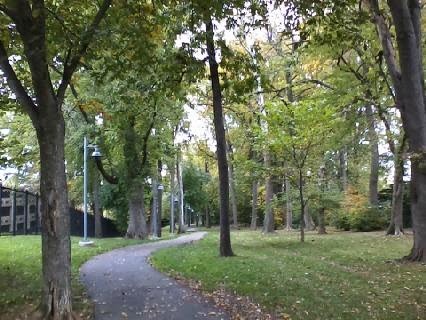 
I got home in time to watch two of the four reruns of The Middle on Hallmark Channel and now I'm watching the reruns of The Golden Girls. I'm still considering cancelling my cable TV as soon as Hallmark starts its 2-1/2 month long all-Christmas holiday movies right after Halloween. 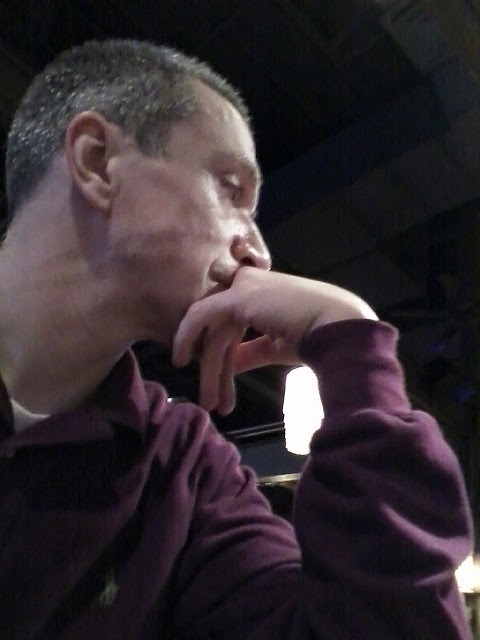 I watch so little other TV, and it makes so little sense to keep paying $70 a month for cable. However, I intend to keep the internet access.


The current (11PM - 1130PM) GG episode is a funny one: "Love, Rose."
Blanche: "People magazine is late. I'm gonna have to give that mailman a GOOD TALKIN' TO!"
Dorothy: "This time, you might want to try something more forceful than a Café Vienna and a warm bath." 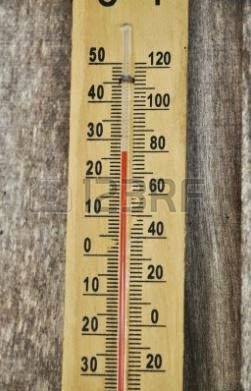 The air mass in place today was quite South Florida / Caribbean in origin in feel. The winds were from the SSE off the Atlantic. Right now (at the 11PM hour on Oct. 14th) it is still 76F at KDCA with gusty SSE winds.

A powerful cold front is progged to punch across the mid-Atlantic late tomorrow with showers and thunderstorms followed by much cooler conditions. 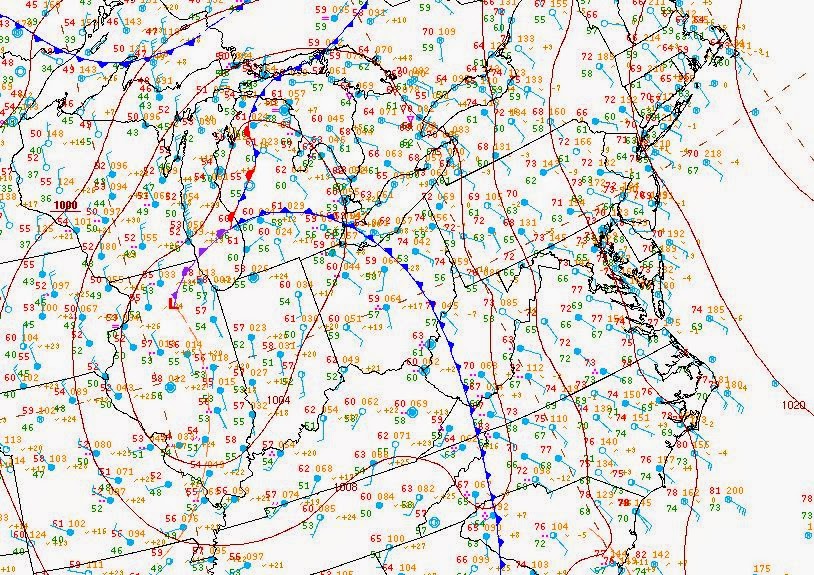 
The cold front is quite elongated north-to-south (see weather map above) and is connected as an occlusion to a sprawling upper level low pressure system with surface reflection centered Chicago. 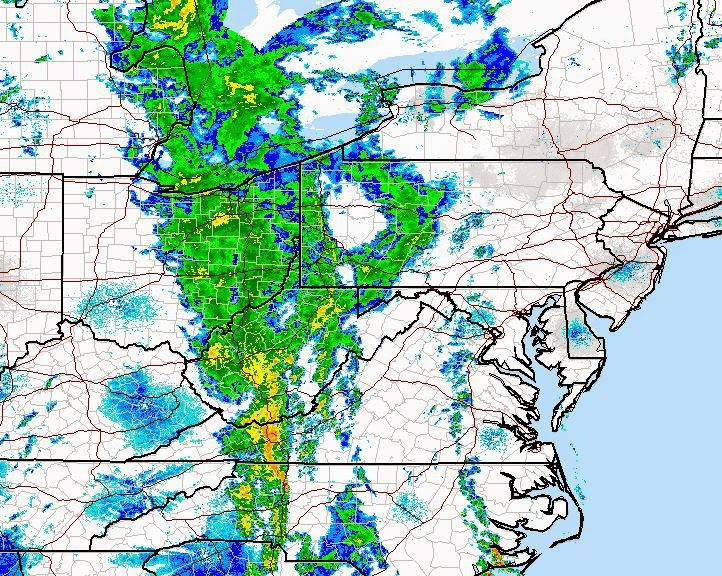 
High temperatures are forecasted to be only around 65F over the weekend with overnight lows around 45F. Up in Pennsylvania where I might go camping -- although at this point, I'm not so sure -- highs are only forecasted to be around 55F and lows around 38F, which is quite (perhaps too) cold for camping. 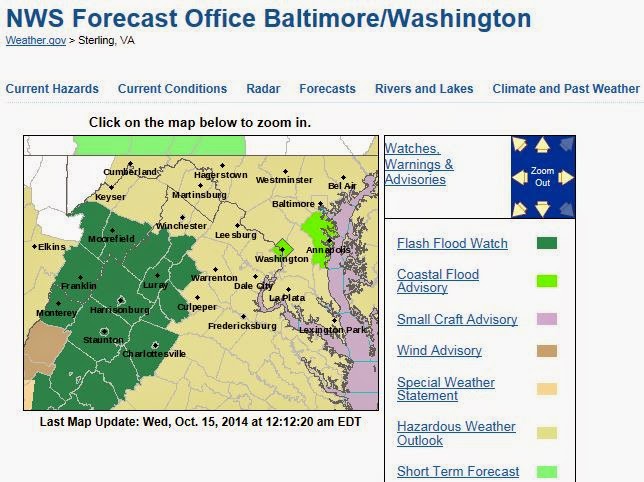 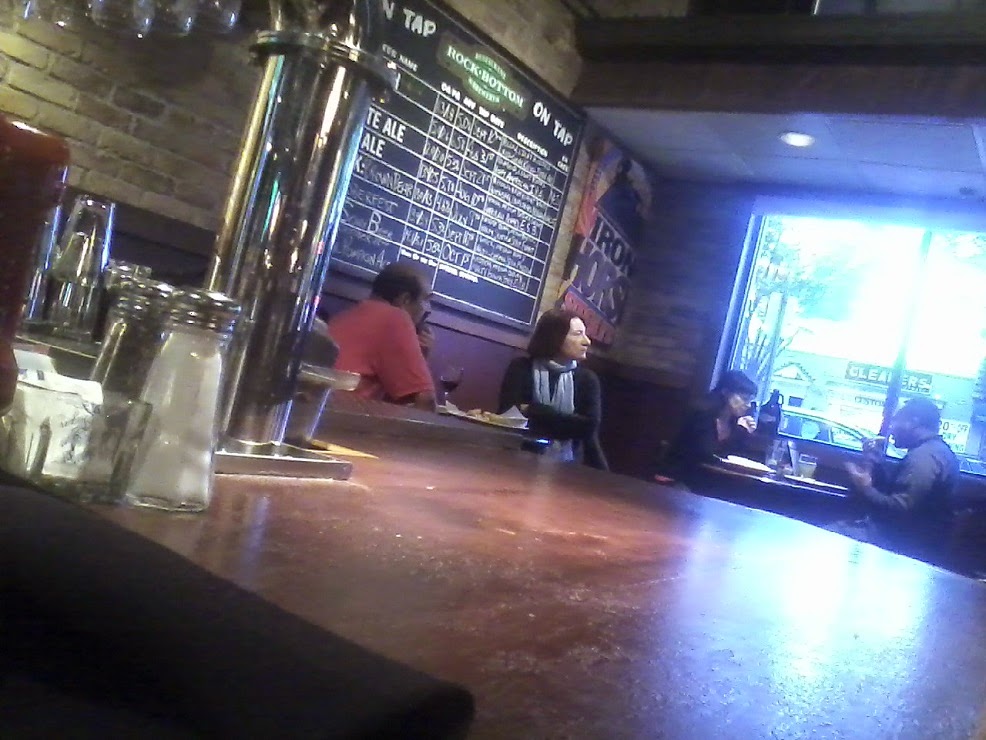 
I wanted to post a link to this Paul Krugman blog (link embedded): Nobody Understands the Liquidity Trap, Cliff Asness Edition.
Read the entry for information on who is Cliff Asness (he is not the subject of this entry) and why Prof. Krugman is talking about him. Krugman links to a lengthier explanation by Brad DeLong on one of his blogs (link embedded): No, Cliff Asness Still Has Not Done His Homework on What a Liquidity Trap Is: Why Do You Ask?
What I really want to call attention to is a lengthy, captivating comment posted by a man named Dan Kervick to the DeLong entry. It is comment #8 posted at 11:54AM Oct. 14th, 2014. 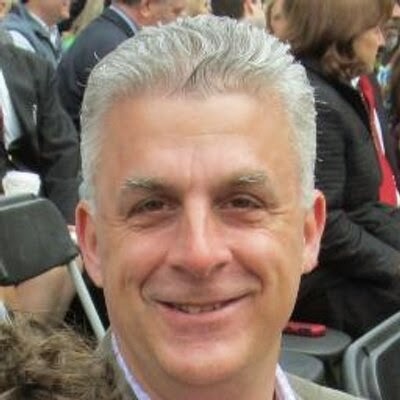 Dan Kervick is, by his own description, on his Twitter account an "Independent scholar and PhD in Philosophy specializing in the work of David Hume; book industry professional; promoter of progressive and egalitarian economics." Kervick writes for an online site called New Economic Perspectives.


I just don't know enough to know if Kerwick is onto something here or not but it FEELS like he is ... Of course, that's hardly evidence it is correct.
As regular readers of my blog know, I am a total Krugmaniac.
Kervick takes a conceptual exception to Krugman's oft-stated view the trick for getting out of a liquidity trap during a deleveraging shock (and its associated deflationary economics) is to increase the underlying target inflation rate in order to end a situation of negative  real interest rates due to too much savings and depressed macroscale aggregate demand. Those negative real rates, of course, are trapped against the zero lower bound, which is why "normal" monetary policy tools do not work (and why quantitative easing is totally non-inflationary). It is all about stimulating demand at this point through fiscal means. (That is my attempt to summarize Krugman's view. I hope I did it justice.) 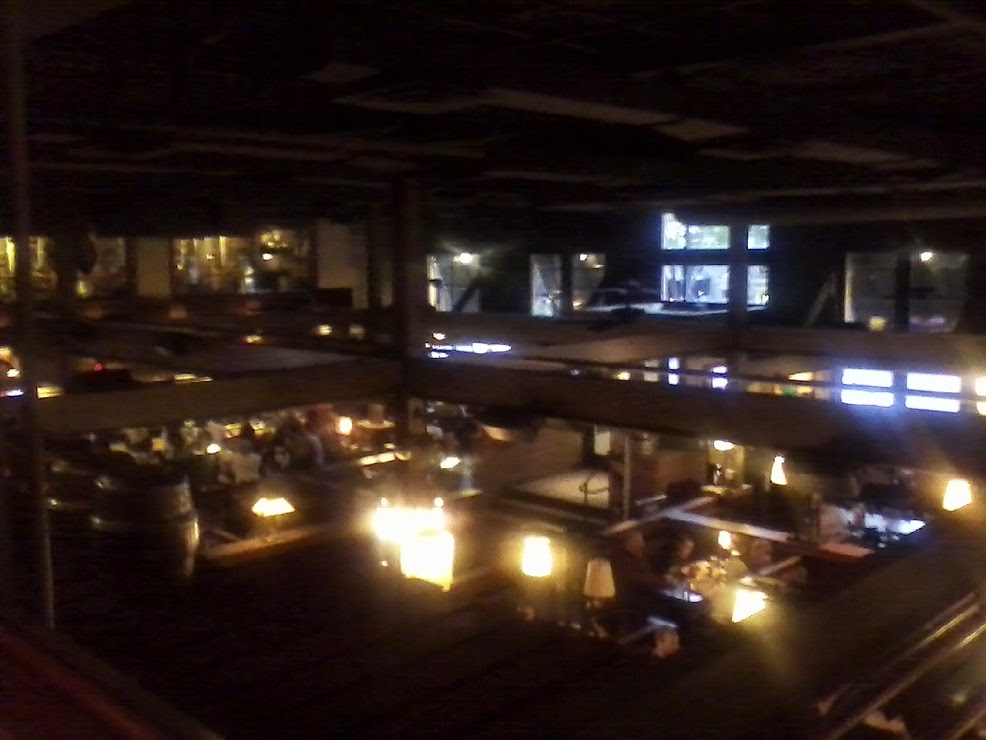 
"The real interest rate explanation of stagnation is absurd. It assumes that there is some possible equilibrium condition of an economy in which people are willing to make their capital available to the production system at a negative real rate of return, and that if we can thus get our real interest rate down to that "natural" rate, healthy levels of investment will take place. But such a situation would occur only if the rate return on wealth that comes just from *holding* that wealth were strongly negative - i.e. if the society was experiencing an ongoing net loss of wealth. If that was the case, we would not just be stagnant or sluggish. Rather we would be in the most profound depression imaginable."
I just don't know. I suspect the flaw in his argument is the second and third sentences: Krugman is probably NOT arguing that there is such a negative real rate of return. 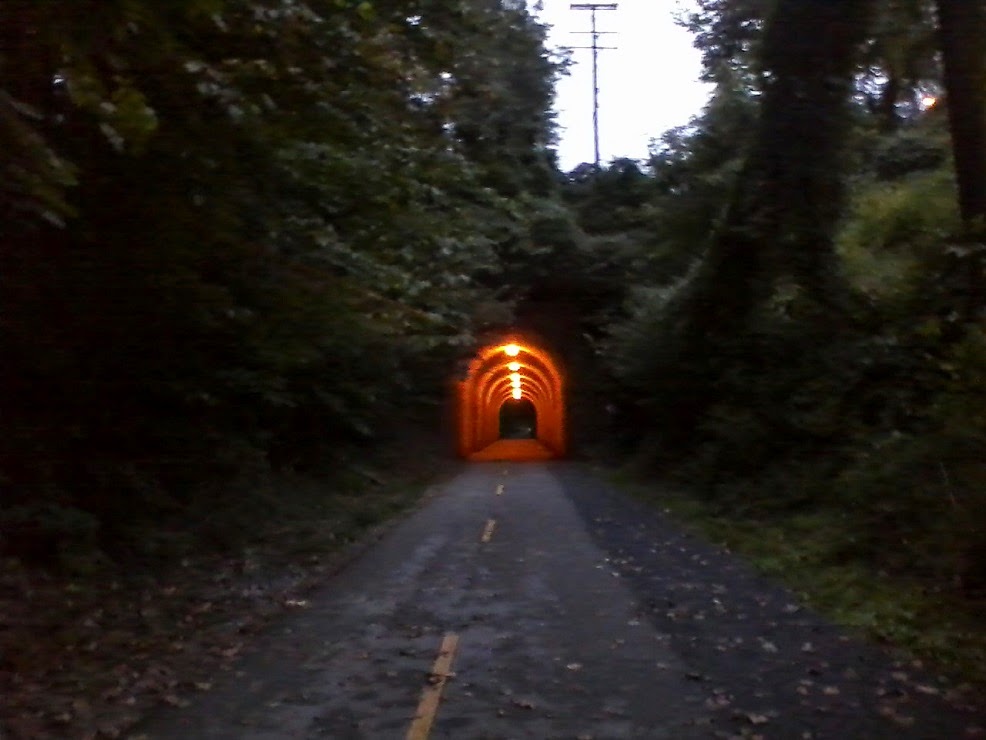 A blurry image of the Dalecarlia Tunnel along the Capital Crescent Trail in the Brookmont section of Montgomery County, Md., 6:28PM Oct. 12, 2014.
It was quite dark by the time I got into Georgetown although the sky was overcast and wanly illuminated by the city lights, to that created just enough light by which to bike in the darkness. Still, it's probably not the best idea with no headlight.
*******


In any event, I just have to quote this part of Kervick's comment, which I think is spot-on:
"But there is simply no reason to believe that private enterprise and market-based distribution in a plutocratic society are capable of delivering full employment, robust growth and broad prosperity. US dynamism in the postwar period, when US society was much less plutocratic and more economically open than it is now, depended on a robust central state driving investment and creating a sense of national purpose and goals. That is gone. And the distribution of wealth has given us a world in which low-risk, stable rent-collection is privileged over competition and risk-taking, and in which the vast majority of the population commands so little control over wealth that entrepreneurial capital investment, risk and job creation at the main street level are strangled. We are also faced with a generation of dystopian losers who have lost their nerve, and whose low expectations of the future are a self-fulfilling recipe for stagnation and risk avoidance." (Emphasis added on last line.)
I think that last line is pretty much talking about me... Boo. 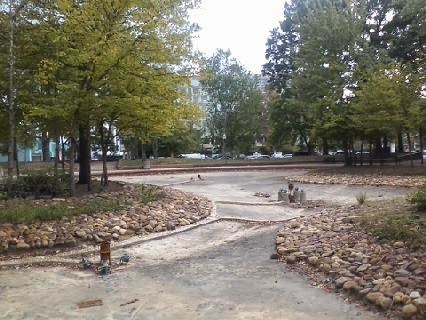 This is a picture of empty Southwest Duck Pond in Southwest Washington, D.C., 2:17PM Oct. 7, 2014.
I was walking back from a brief stint at Fort McNair for the annual agency picnic. I started thinking of that science writing organization "D.C. Science Writers Association" that goes by the acronym "DCSWA" and which its members typically pronounce as, "Duck-SWAH."


OK, that's all for now. Signing off from this little bit of early 21st Century dystopia in the Imperial Capital. However, at this exact moment. I don't feel so badly.
Tomorrow is a gym night. I might update the blog afterwards, although it also might not be until late Thursday.
--Regulus
Posted by Regulus at 1:24 AM