Behind the Op-Eds and the Music: Monday Holiday with Paul Krugman and Billy Idol 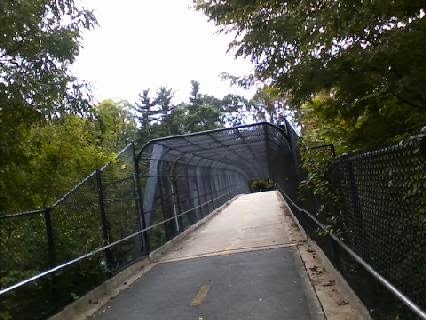 The biker - pedestrian bridge of the Bethesda Trolley Trail -- also called the North Bethesda Trial -- that spans the Capital Beltway, Bethesda, Md., 5:15PM Oct. 12, 2014.
I biked from Grosvenor back into D.C. via Bethesda yesterday.
*******


Drizzly afternoon around the D.C. area following some showers this morning (about 0.10" rain fell at KDCA) with temperatures about 66F. Today is the Columbus Day Federal holiday. I'm not feeling that well (for the usual reason) but I want to try to go to the gym.
I intend to post an entry tonight. 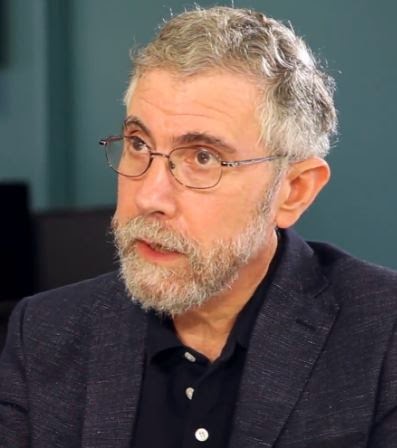 In the meantime, here is a link (embedded) to Paul Krugman's lengthy Rolling Stone piece defending Pres. Obama: In Defense of Obama. Keep in mind Prof. Krugman was a strong critic from "the left" -- not the Teabagger right -- of Obama during his first term.


And here is his Monday New York Times op-ed: Revenge of the Unforgiven on how to refusal to have meaningful debt relief both in the U.S. and especially by the Germans is sabotaging the global economy.
And on a totally different note ...
As you might know, I am a big fan of Billy Idol. Earlier today, I came across a VH1 Behind the Music episode from, I think, 2001 that is worth watching. It is linked below in two parts: Part 1 and Part 2. 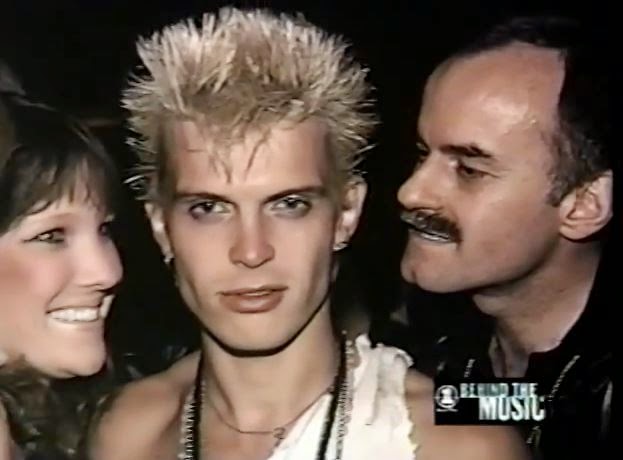 Billy Idol posing with his then-manager, the late Bill Aucoin, circa 1984. (I'm not sure if that's his long-time girlfriend (and mother of his son) Perri Lister or not). I thought it was but she if so, she looks quite different there.)
*******


Quite interesting. The show sort of confirms what I've always thought namely, that this one-time out-of-control punk rocker really is just a nice human being with -- when he isn't screaming the lyrics -- a gentle baritone crooner's voice. Furthermore, in 2014 at age 58 (and quickly approaching 59), even while Billy Idol is still capable of putting on a hyper-energetic show for his fans, William Broad is also a lot wiser and stable person.
OK, that's all for now.
--Regulus
Posted by Regulus at 2:54 PM