A Star Named Sol (and a Regulus Blogging Note) 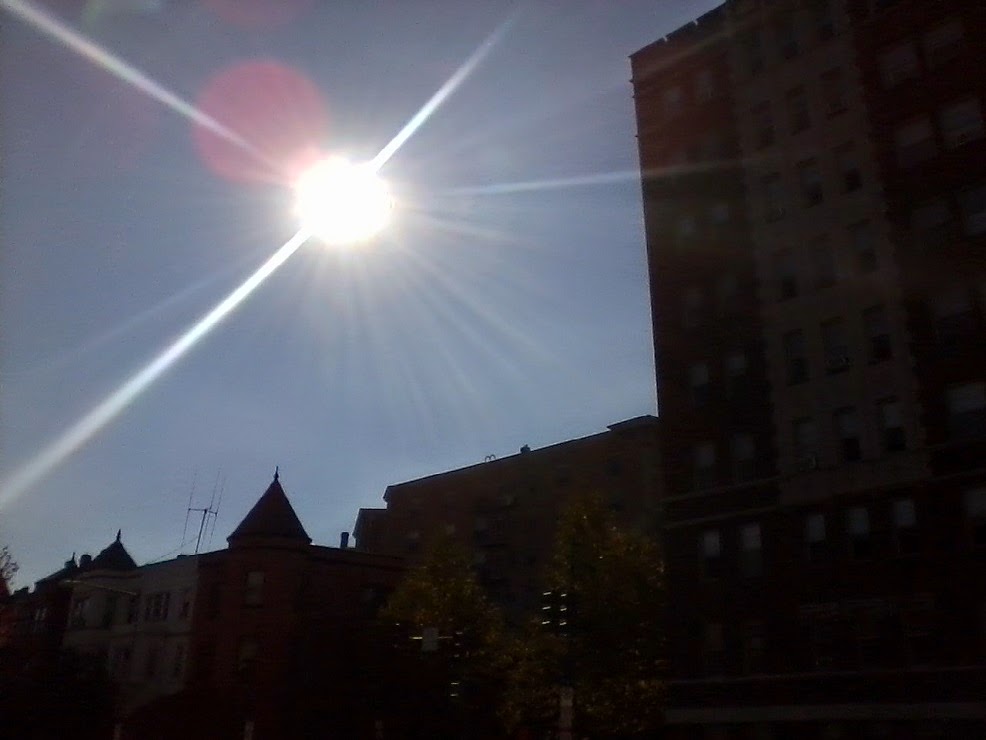 
Speaking of the Sun, there was a ginormous sunspot that rotated across the photosphere on the side facing Earth this past week. It was easily naked eye visible (provided the Sun was dimmed enough such as at sunset in a hazy sky). Here is an NPR report: 'Freakish' Sunspot Wows Astronomers. 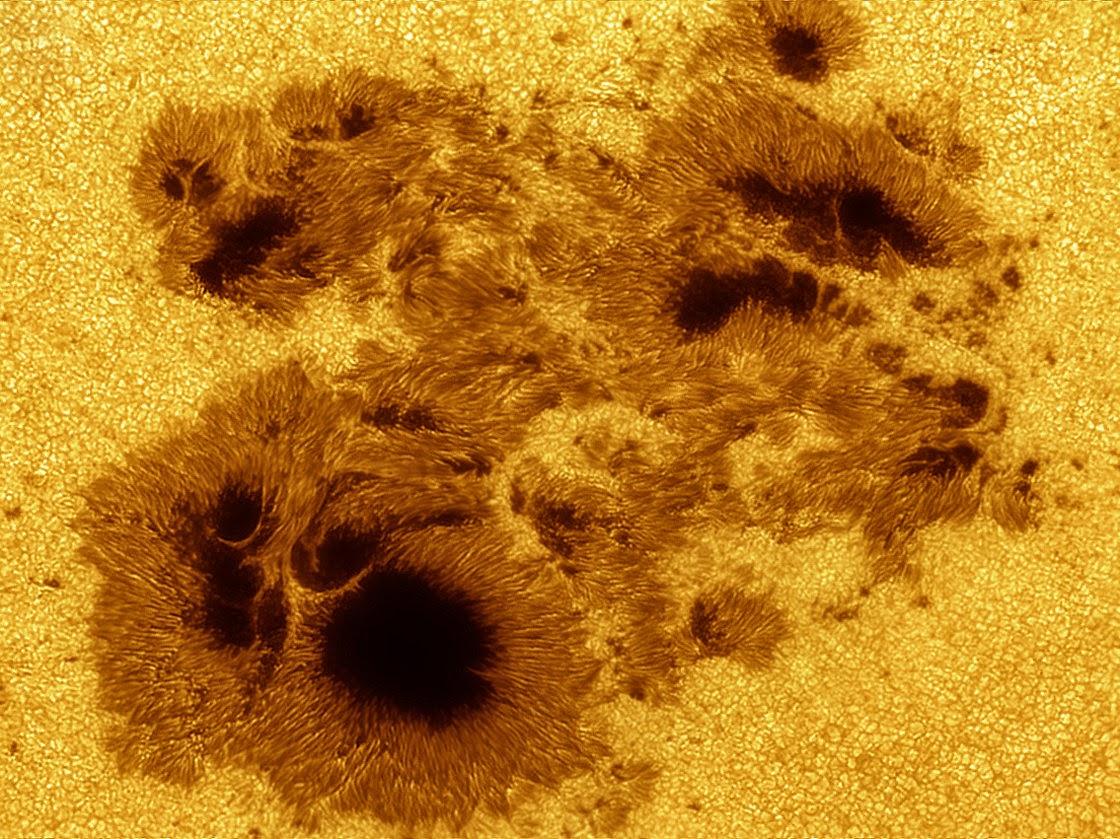 This is a close-up of sunspot AR 2192 in a NASA photograph taken last week.
Remember the Sun's surface is actually incandescently bright white. This "yellow" color is a false color.
*******


Here is the YouTube clip showing a portion of the Sun with the AR 2192 region rotating into view over a 72-hour period between Oct. 18 - 20, 2014.
Description: "Region 2192 continues to evolve as it rotates across the southeast quadrant of the visible solar disk. New spot development is being observed within the central portion of the cluster this morning and this indicates that this complex continues to grow. With a prominent delta magnetic formation present, additional flaring will be very possible. Just how big is this sunspot? Our planet Earth could line up across the cluster at least 8 times over. This upcoming week will see the active region in a better geoeffective position for possible Earth directed eruptions."
"Attached video using the Helioseismic and Magnetic Imager (HMI) instrument shows the development of AR 2192 over the past 72 hours (Oct 18 - Oct 20, 2014)."
Thankfully, there was no Class X (or Z!) solar flare / coronal mass ejection occurs aimed directly at Earth such as this one.
*******


Basically, a sunspot is a massive "canyon" in the solar photosphere as locally intense magnetic field lines depress the plasma, causing it to "fall" into these enormous "valleys" so that the "surface" is much lower, which causes the region to appear cooler compared to the rest of the (incandescently bright) photosphere -- hence the apparent darkness.
Eventually, the magnetic field lines relax / breakdown, causing the "canyon" to fill. The breakdown process features the stunning "light bridges" as "fingers" of plasma thousands of miles long leap across the "filling" sunspot. 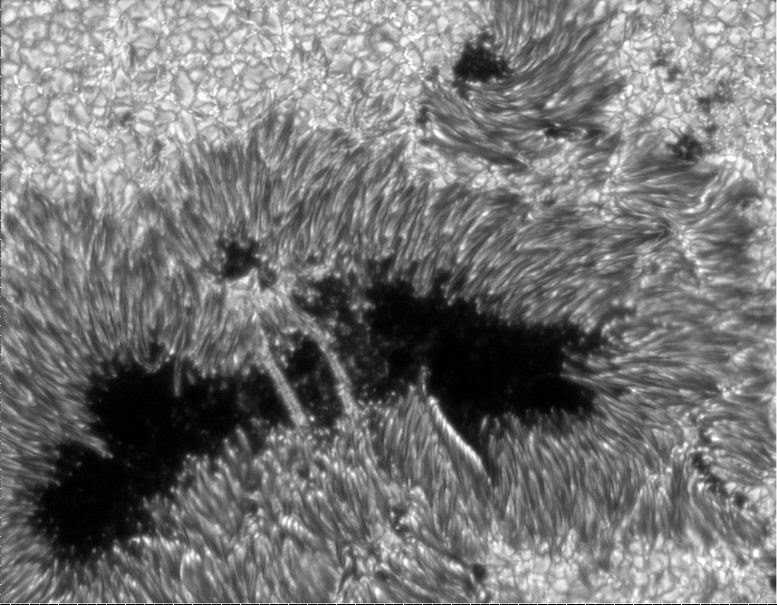 Here is a close-up image showing two such light bridges spanning an old sunspot.
I got this image a number of years ago, so I'm not sure who or what organization should be credited.
*******

Further speaking of the Sun, it's a sunny, breezy, pleasant enough day. I need to get out of this dust-trap of an apartment. I will try to take a bike ride, although it is getting dark early enough now that I do not have the luxury of late starts (i.e., 4PM or so). Also, the Metrorail is always so bollixed up on the weekend with track line and station closures and/or single-tracking that it takes forever to get anywhere. As you may know, my method is to take the bike on the Metro to an outer station in Montgomery County, Md., or on the Virginia side and bike back in. 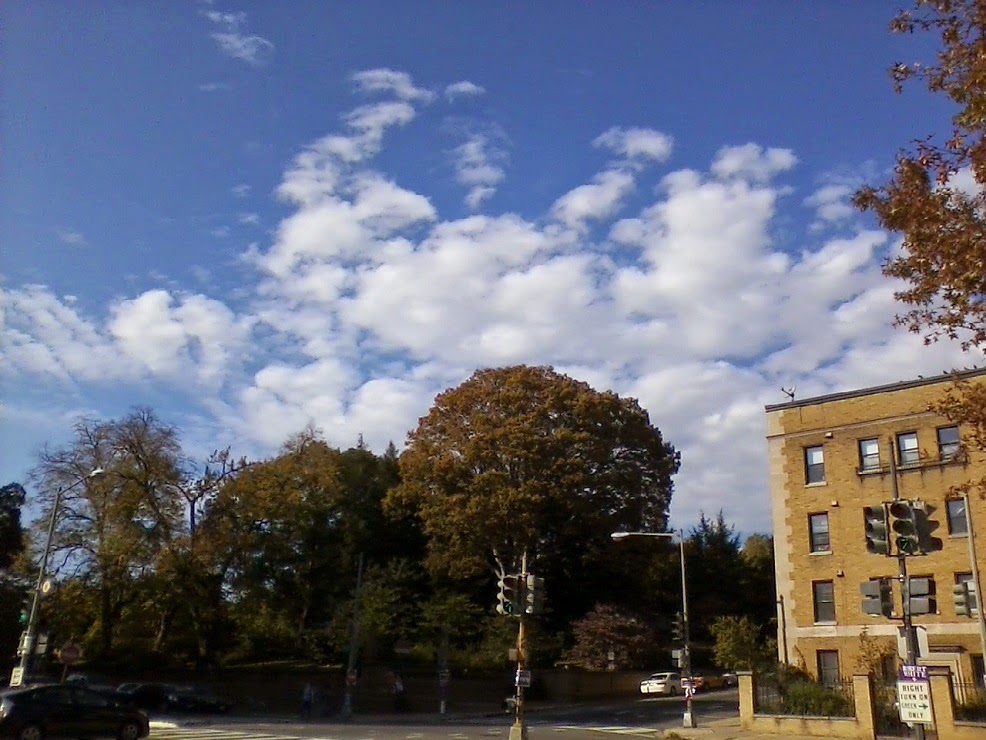 
As a blogging note, owing to a high-priority report I must have completed by Tuesday COB (or at the most extreme, Wednesday morning), I am probably not going to do any blogging on Monday night after the gym. My next update might very well not be until midweek.
--Regulus
Posted by Regulus at 2:20 PM