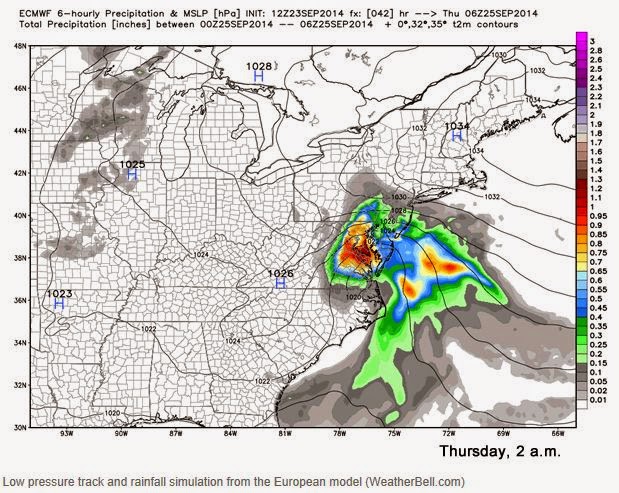 
So I'm still partially incapacitated computer-wise, thanks to the upgraded and now-excessive firewall in the form of Barracuda on my work computer -- which has long since also been my personal computer -- and I don't know that I'm going to be able to resolve it.
Numerous images on websites don't go through and all streaming content is off limits, which means no YouTube (and no Jukebox Saturday Night entries) for the foreseeable future. I can't even listen to the smooth jazz station on sky.fm.
I've made some inquiries with IT at work but I don't expect a favorable answer. Once these kinds of things go in place, they never tend to go away unless and until the software itself stops working. 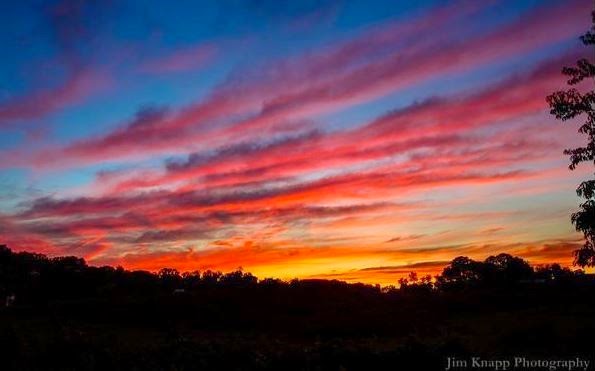 The fading fiery glow of sunset on cirrus streamers and mares' tails last night as seen in a photograph taken near Manassas Va., by Jim Knapp and posted on in a CWG entry linked below (the second one).
*******


To tell you the truth, I'm actually amazed that I can even access Blogger and my own blog (and see all the images), not to mention Statcounter. And, of course, I need to get my own computer and not have to be beholden to others in this manner but, amazingly, I never have a spare $400 lying around. 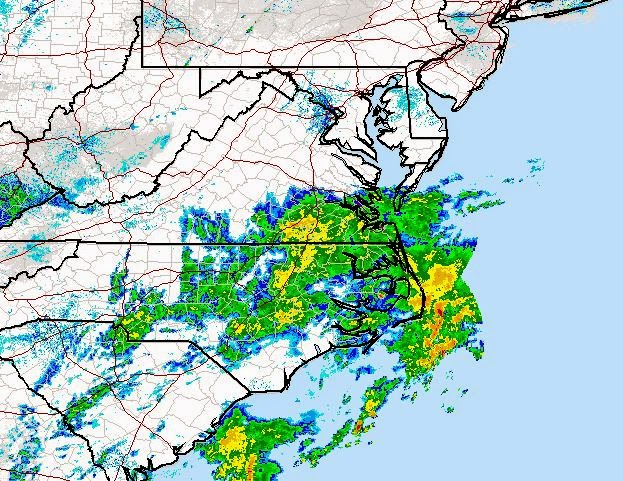 A portion of the U.S. composite radar mosaic at 1228UTC (8:28AM EDT) September 24, 2014 showing a diffuse area of precipitation over eastern North Carolina and the Tidewater area tracking slowly northward.
*******


Anyway, I just wanted to post this quick weather update to note that a bona fide coastal low is moving slowly up the Southeast Coast this morning and is forecasted to bring significant rainfall to the region. Indeed, Sterling LWX has issued a flood watch out for the immediate Washington / Baltimore metro areas for 1 to 3inches of rain area-wide -- with higher amounts along and east of the Chesapeake Bay and over to the Atlantic seashore.
I'm not sure the justification for such a watch given how dry it has been (with no more than a trace of rain the past 10 days at KDCA), unless heavy rainfall and poor runoff are expected. 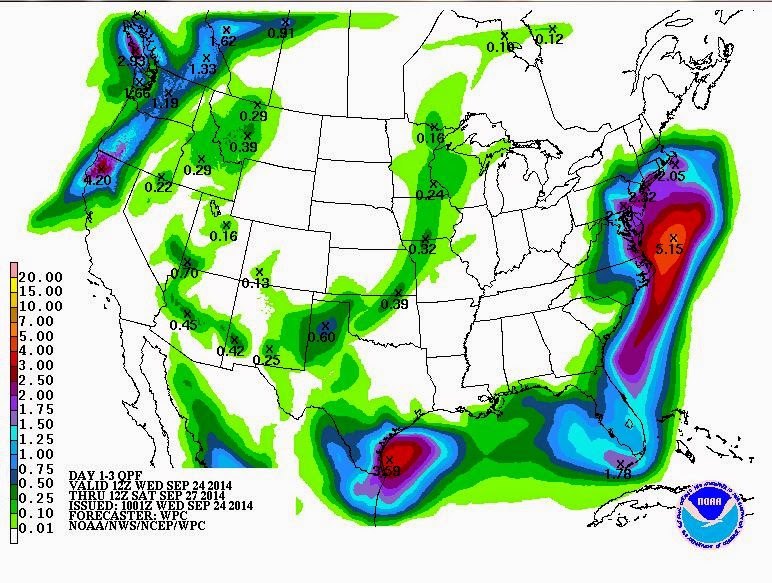 
As shown above, WPC / NWS has D.C. itself shaded in a 1.25 inch rainfall total (QPF) for the next three days but quickly rising to 2+ inches on the Eastern Shore and a whopping 5+ inches just off the mid-Atlantic coastline. 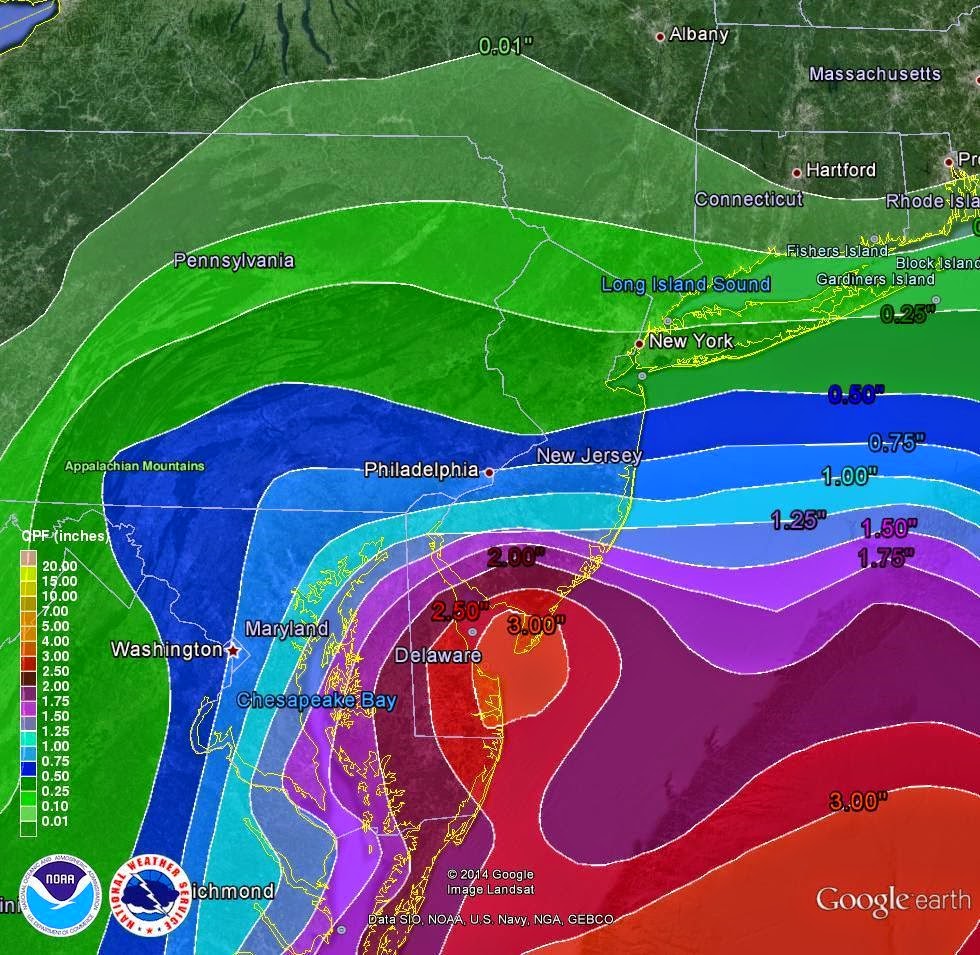 
The Capital Weather Gang's Jason Samenow had an informative entry last night with graphical images. One of the images in this entry is from that entry. This morning, Dan Stilman had another one this morning. None by Ian, although I'm sure he isn't pleased with rain in the forecast. 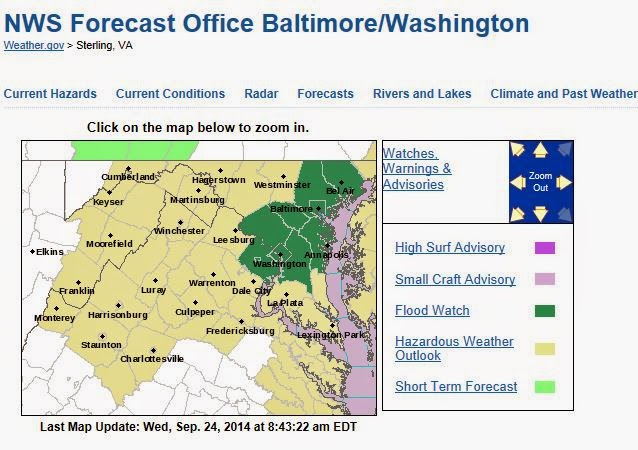 The Sterling (LWX) webpage county warning area (CWA) map showing advisories as of 8:43AM EDT Sept. 24, 2014. The dark green is the flood watch (not to be confused with a flash flood watch, though they show up the same color on these NWS maps).
*******


OK, that's all now. I need to get read and go to work. As for tonight, I need to go to the gym tonight since I won't be going tomorrow or Friday. I will try to update this blog tonight with an intended entry but given the current firewall situation and the potential for it to get worse, that is a bit uncertain.
Oh, yes, my hair looks awful. I need a haircut but cannot do so until I get paid -- no earlier than tomorrow. I'm pretty much flat broke until then. As for my hair the ashen gray everywhere makes me look like a sickly leprechaun with a growing Chia-pet "Eurofro." I am so not in my 20s any longer.
I look awful.