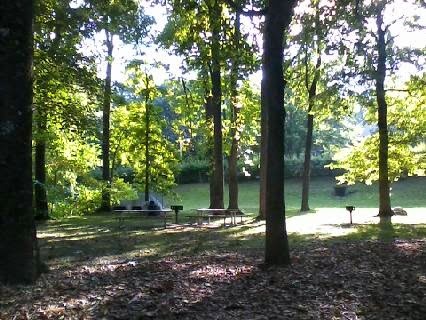 The picnic grounds at Grosvenor Park in what the Post Office calls Rockville but is really unincorporated northern Bethesda, Maryland, 4:41PM September 21, 2014.
*******


I had intended to update this blog on Sunday but I was unable to do so. Yesterday (Sunday) involved a bike ride from Grosvenor Metro back to D.C. and the usual drunken time at Larry's Lounge with the usual group. I intend to stay home tonight, tomorrow night, and Wednesday night (except for the gym tonight and Wednesday night), so I should have time to catch up on some blog entries. Mostly, I just want to post links / excerpts of some Krugman, Chait, and other pieces that I recently read and quite like.
Of note, today is the first day of fall. Or rather, it is at 02:29UTC September 23rd or 10:29PM EDT September 22nd.
Updated 11:31PM 9/22/2014: The 10:29PM EDT autumnal equinox or 9:29PM EST (that is, correct solar time) translates into a local noon 9 hours away or in the UTC+8 time zone or 1229PM in that time zone (not sure its name but it encompasses Western Australia) September 23, 2014.
Assuming the time zone stretches from -30 minutes to +30 minutes, the 29 minutes puts the local noon more or less on the middle longitude of the time zone or 120E longitude. 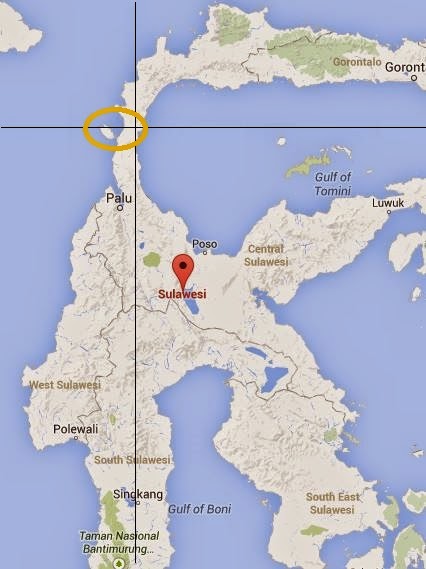 If my longitude calculation is correct, this means that the midpoint of the solar disk transited the Equator into the Southern Hemisphere right on or just to the west of the narrow north-south "neck" of Sulawesi. I've marked it on the map at left. The vertical line is the 120E longitude and the horizontal line is the Equator (0 latitude).


Above: The solar disk transited the Equator somewhere in the flattened oval on the map of Sulawesi.
End of update. 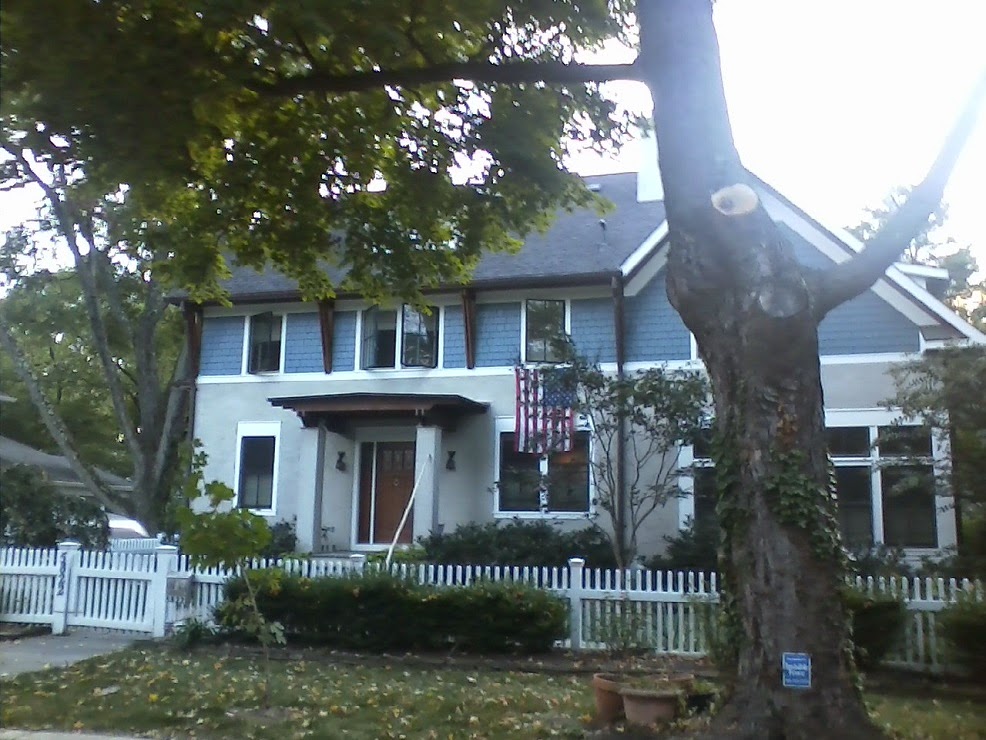 
Today features more endless, wall-to-wall sunshine, although it is breezy and cooler following a frontal passage last night with temps today forecasted only to reach 73F. (That passage was mostly dry except for one momentary downpour around Dupont Circle. KDCA had its usual "Trace" as did KIAD while KBWI and KDMH had nothing.) 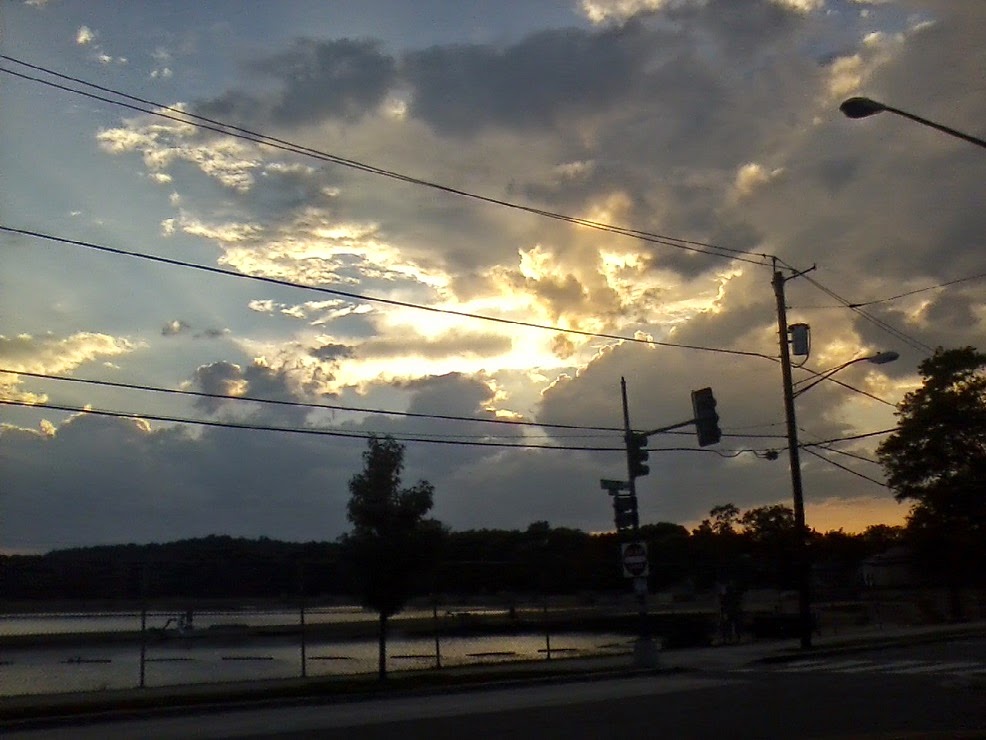 Clouds in the evening sky over Georgetown Reservoir along MacArthur Blvd. in the Palisades section of Washington, D.C., 6:41PM September 21, 2014.
A cold front was moving through -- but it did so mostly dry.


We really are in a weather-less pattern this September with no sign of it ending for the next 10 days to two weeks. Just dry and nothing. I'm not even going to bother looking at the Capital Weather Gang site because I know how happy they are with this kind of pattern, especially Dainty Ian.
Updated 11:31PM 9/22/2014: There is a small chance of rain later this week if -- per the recent ECMWF runs -- a 500mb cut-off low in fact develops over the region with a coastal reflection along the Southeast coast.
End of Update.


On a different note, I'm slightly concerned I might not get paid on time this pay period. I think I need to send an email to accounting.
OK, that's all for now. My intention is to post an entry late tonight.
--Regulus