Weather Summary and What's the Matter with Oligarchy? -OR- The Friday Night Washington Consensus Dinner Party 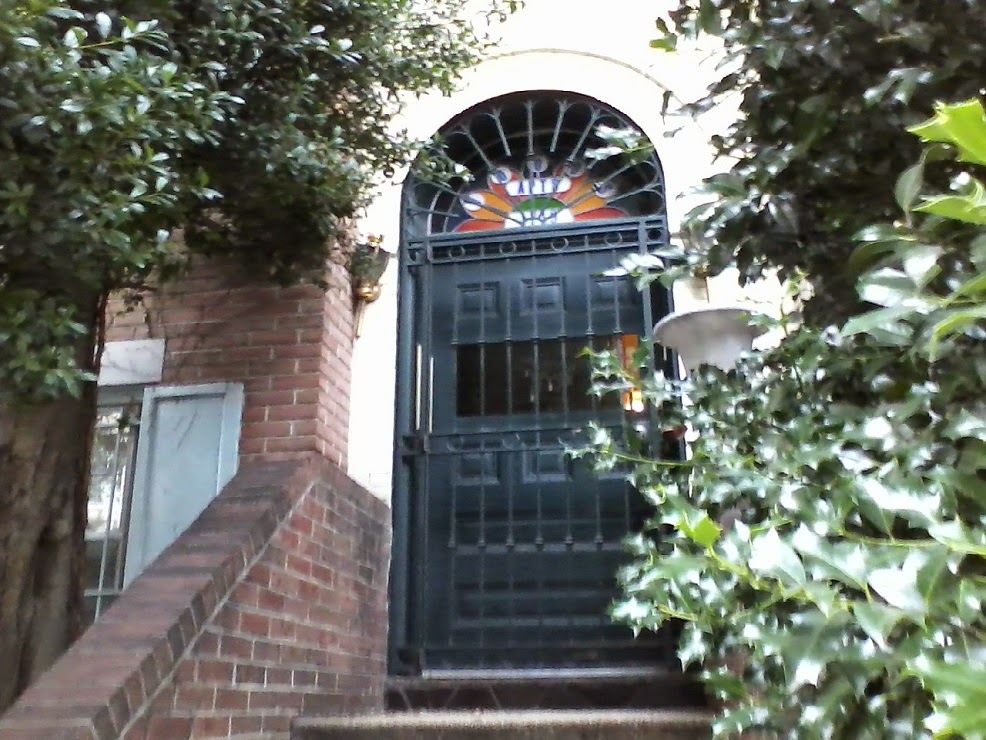 
I'm not feeling that well. Last night at Larry's Lounge was a bit too rough. I was able to stop at Chris's place to drop off a present I got him to make up for the whole inadvertent dognapping / lockout incident. I also got to see Brady. 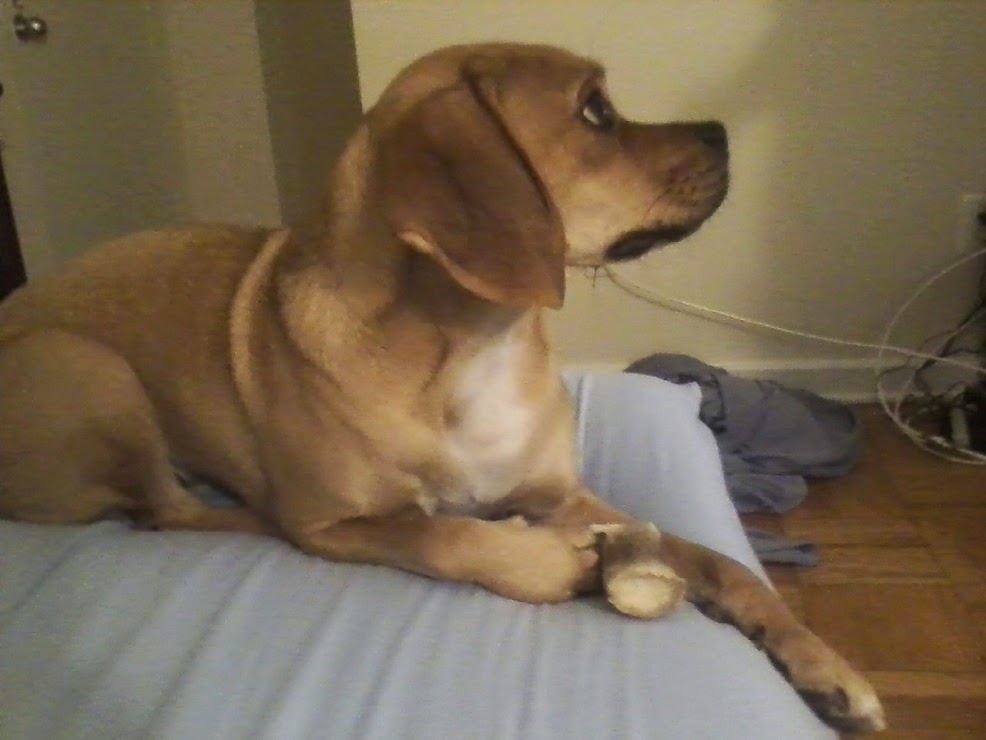 
As for Brady, I think I might be able to take care of Brady while he is away for several days in Massachusetts. The timing should work well for my own planned Jersey shore trip with Gary, Larry, and Wendy to Wildwood / Cape May. Alas, Wendy is only joining us for about half the period.
My work week was productive but today wasn't as much as I would have liked. Texas continues to serve as an eternal wellspring of BA cases. It helps me with my billability but I think the client agency is getting really tired of this.
******* 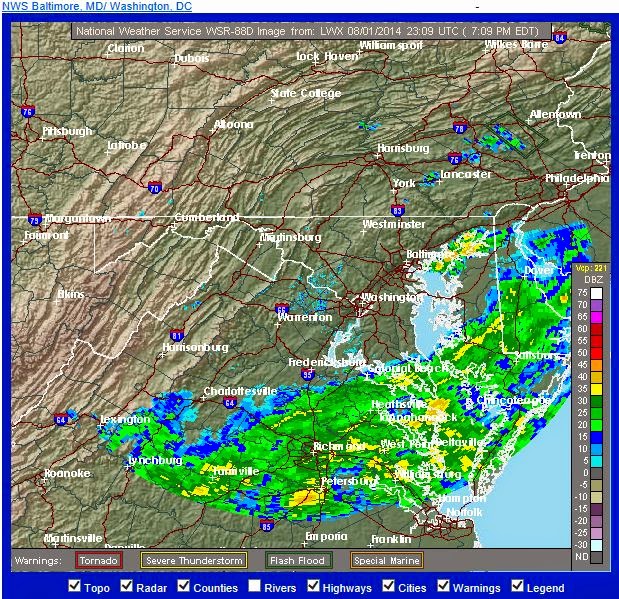 
We were again screwed out of a good dousing of rain as an upper level disturbance moved up the East Coast in association with a quasi-stationary coastal front draped across the Carolinas. However, a secondary wave is now pushing up the coast with abundant rainfall over southern Virginia. Radar trends indicate the D.C. area will be on the western edge of the main precipitation shield. What this typically means is that it will miss us. 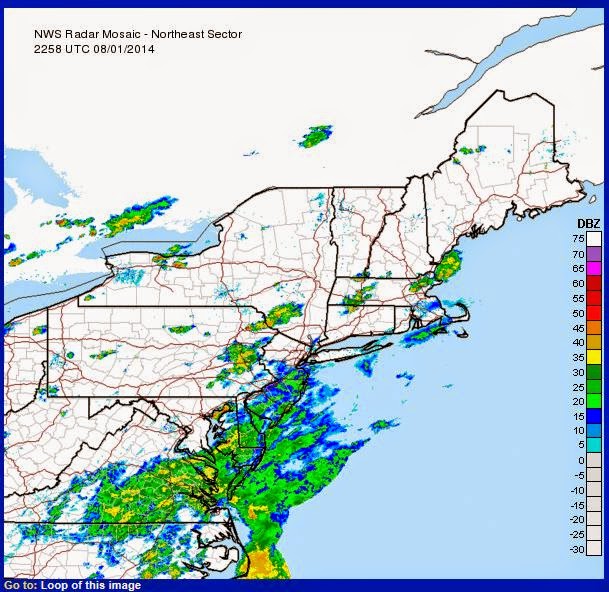 
For the record, here are four main regional climate station precipitation totals for July and year-to-date (YTD) along monthly average, high, and low temperature data (with respect to the 1981 - 2010 30-year average): 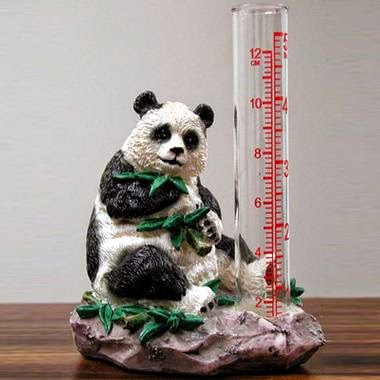 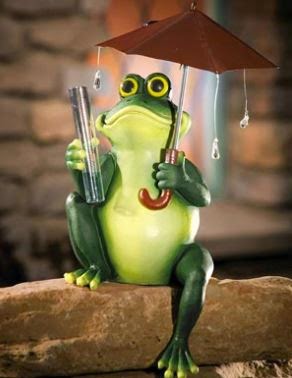 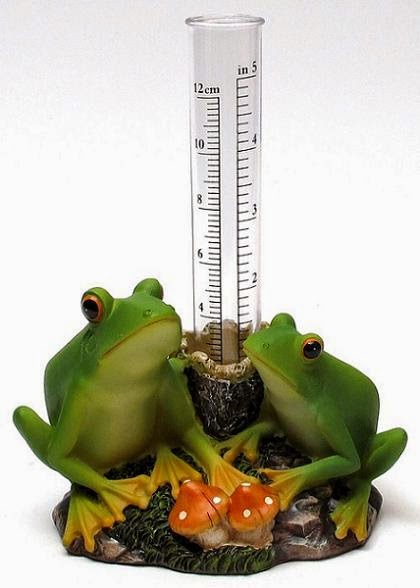 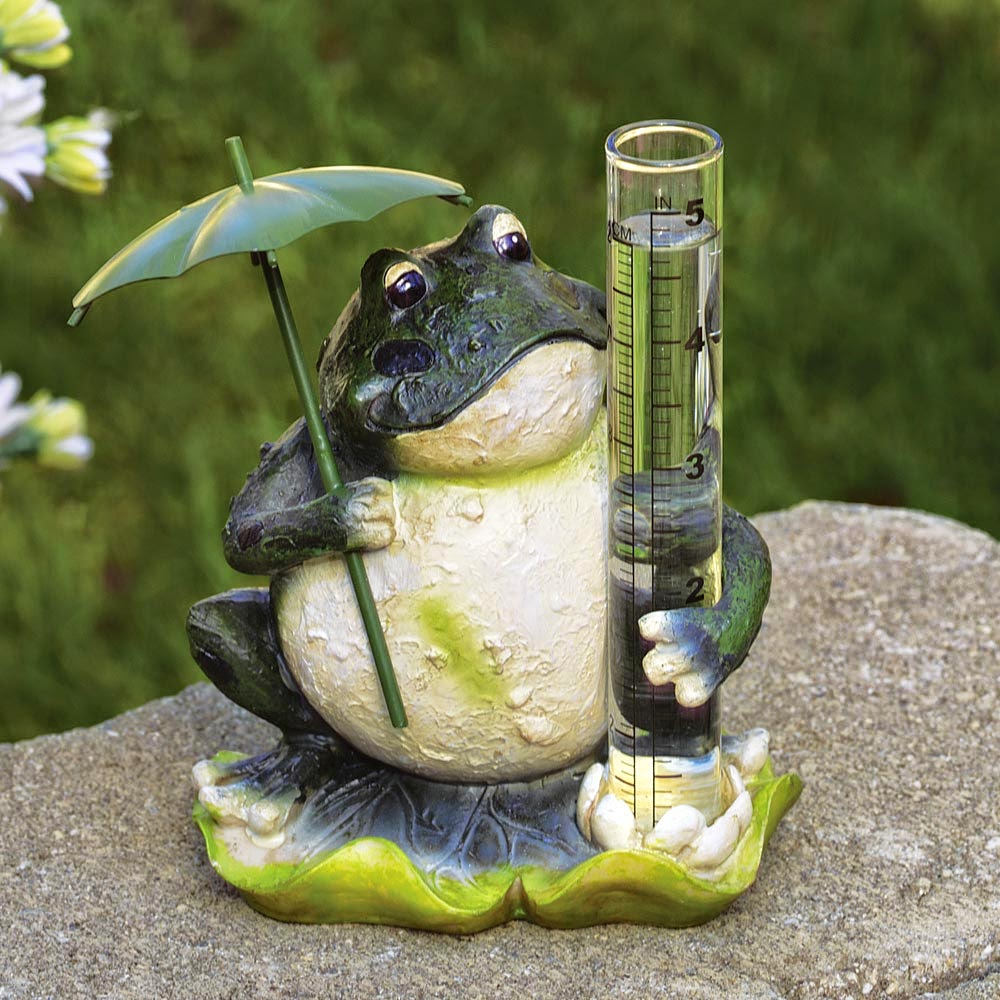 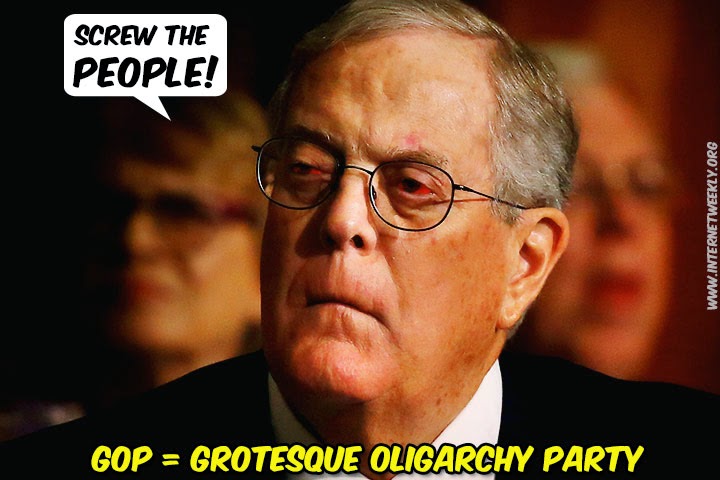 I would like to end this entry with a link to and excerpt of a Thomas What's the Matter With Kansas? Frank piece in Salon that appeared a few days ago but that actually was written shortly before Barack Obama became President in 2009. The piece is (link embedded):
Obama really let these clowns win? How right-wing obstruction always trumps sober centrism 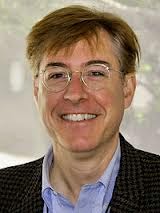 Frank has a prelude the relatively short piece that notes he had wanted to call it back then (as it appeared in the Whore $treet Journal) "Why Obama Should Act Like He Won" but the editors nixed that idea. The key point -- still totally relevant after 6-1/2 years -- is that today's radicalized GOP would never compromise or help him legislate effectively, and that the bullsh!t "centrist strategy" of the Washington pundit class is a ticket to failure since the Republicans would succeed in pushing the envelope ever farther to the right. 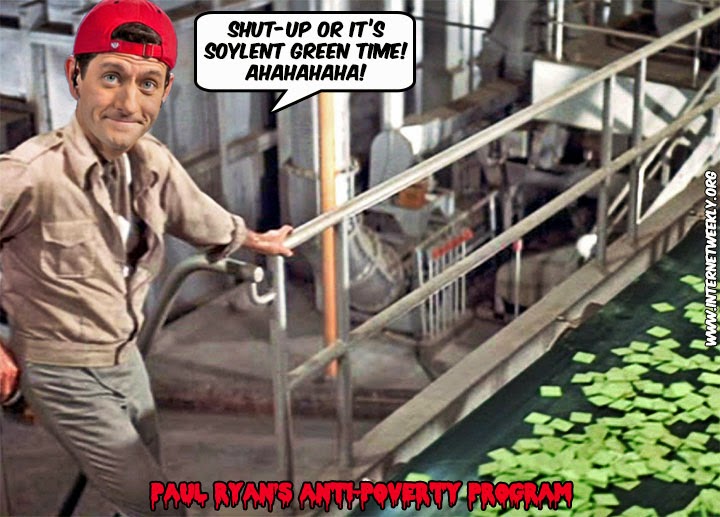 This centrist strategy is the great Paul Krugman refers to as "Professional Centrist" sensibility of what I usually call "the Washington Consensus," that collection of well-paid and comfortable apologists of the corporate oligarchical overclass that are centered most offensively on the editorial and op-ed pages of The Washington Post (WaHoPo) print edition. 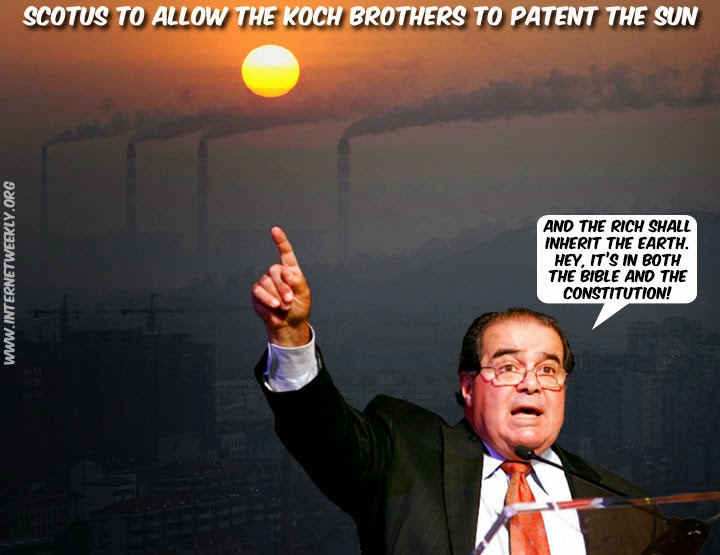 Frank even quotes in his original piece a 2008 op-ed by Sebastian "Free Trade Lullabies" Mallaby urging Obama to avoid the "misguided" and even "dangerous" debate over the extent to which 1990s-era banking deregulation led to the 2007-2008 crash and subsequent Great Recession.

To know what is meant by the term "The Washington Consensus," look no farther than that Tory ex-pat Mallaby and his former WaHoPo editorial page colleague and great scholar Benjamin "Benji" Wittes -- he who can't get enough Guantanamo Bay detention facilities. (Just ponder the morality of that.)

If Mallaby is the Über-Strumpet for all American working class-destroying "Free Trade Agreements" that help global corporate conglomerates, not to mention a Manchurian agent for ruthless and brutal Chinese government mercantilism, then Wittes is the special legal needs man-child of The Washington Consensus, itself the courtier class of the post-9/11 military - industrial - surveillance complex and generalized corporate oligarchy.

Overseeing the WaHoPo Editorial & Op-Ed horror show then and now is "Uncle" Fred Hiatt, who was best summarized in this 2012 blog posting by Atrios when he awarded Hiatt "Wanker of the Decade -- 1st Runner Up."*


* Thomas Friedman was THE Wanker of the Decade.
Excerpt of the Frank piece:


"The real-world function of Beltway centrism has never been to wage high-minded war against “both extremes” but to fight specifically against the economic and foreign policies of liberalism. Centrism’s institutional triumphs have been won mainly if not entirely within the Democratic Party; its greatest exponent, President Bill Clinton, persistently used his own party’s rank and file as a foil in his great game of triangulation.
"And centrism’s achievements? Well, there’s NAFTA, which proved Democrats could stand up to labor. There’s the repeal of Glass-Steagall. There’s the Iraq war resolution, approved by numerous Democrats in brave defiance of their party’s left. Triumphs all."
After discussing how today's GOP totally gets this idea of the con of "centrism" and uses it to their advantage, Frank concludes (emphasis added): "Centrism is a chump’s game."


That being the case, it should come as no surprise that little Wall-P can't get enough of the views of The Washington Consensus. 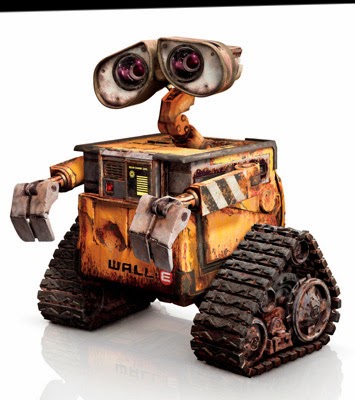 "Eh. Eh. Eheheh. Wealth and power are by definition that which is most ethical and most moral. Therefore, the values of the Washington Consensus are correct."


Ohhhh, shut up, Wall-P, you little money-chasing, power-worshiping toadstool of a rock on wheels.
OK, that's all for now. My next planned update will be tomorrow (Saturday) evening (the usual jukebox Saturday night entry).
--Regulus