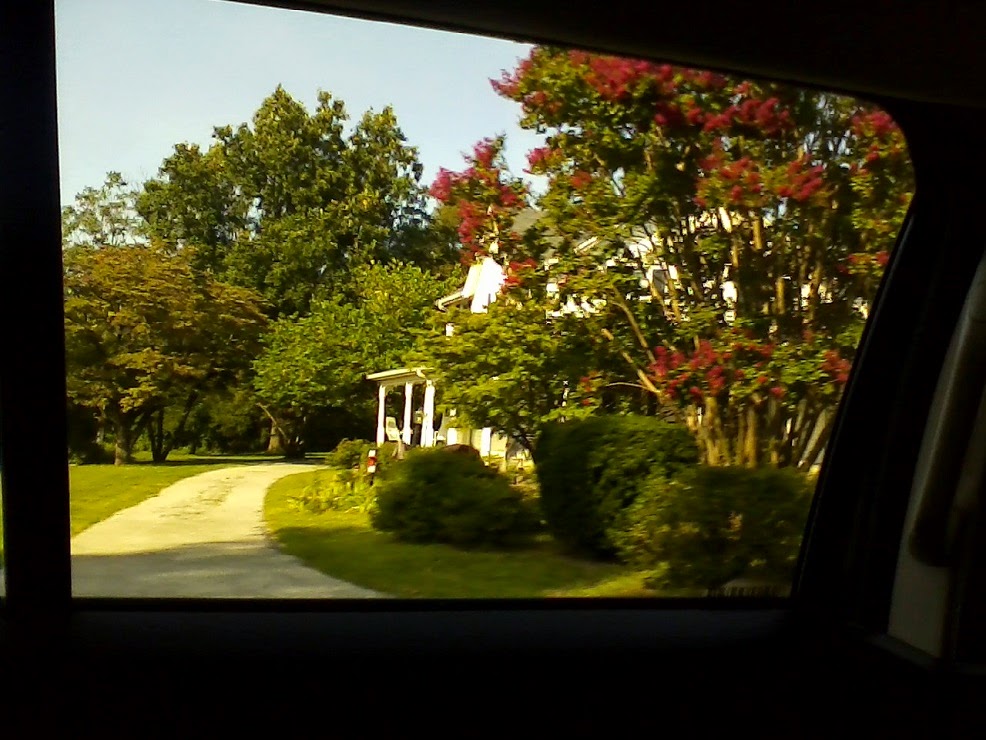 A large house with spacious yard along Odenton Road near the Odenton MARC train station, Odenton, Md., 4:38PM Aug. 16, 2014.
By the way, "Odenton" is pronounced "OH-den-ton" rather than "Oh-DENTON". It is one of the many Census-Designated Places (CDPs) in Anne Arundel County.
*******


It's Saturday night and I'm at my mom and stepdad's place in Anne Arundel County ("Anny Runnell Kenny"), specifically, in their small place in Millersville (which isn't even a CPD, just an unincorporated community).
I'm am worn out exhausted, although I'm not sure why because I really didn't do much today. In lieu of my regular Saturday routine that includes the gym, I basically just took a MARC train from Union Station (it was a pain in the ass getting there on the Metro from Dupont Circle) to Odenton, where I was picked up. 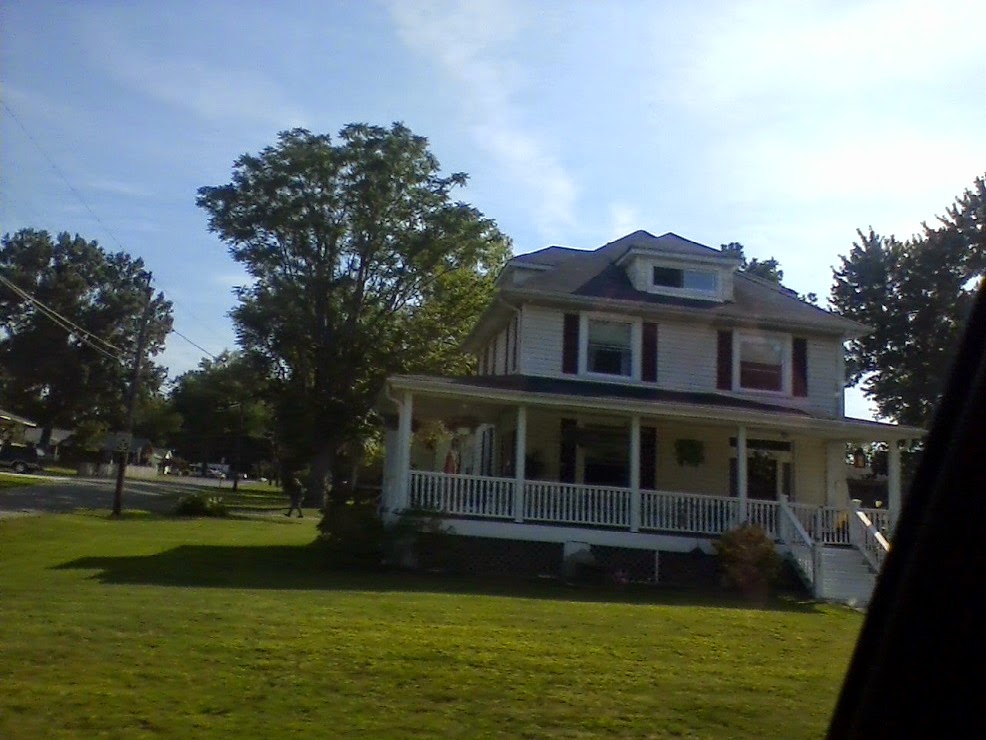 
We drove to Prince George's Stadium in Bowie* to watch a Bowie Baysox game versus the Trenton Thunder. The Baysox won in an 8 to 1 route. The Thunder didn't even seem to be trying after the 6th inning. As for me, I wanted to be for a team from my home state of New Jersey, but my mom (also from New Jersey many decades ago) was so happy about the Baysox winning that I couldn't root for the other side.
(*FYI: Bowie, Maryland is an incorporated city in Prince George's County, and it is pronounced "BOO-ee" rather than "BOW-ee".)
I had a grilled chicken sandwich and then an Italian sausage sandwich, a Stella Artois beer, and a small plastic glass of cheap white wine. We had planned to eat at the restaurant in the stadium but it was "closed for a private event" -- possibly tied into one the 50th anniversary events of the founding of Crofton, Maryland (one of the stadium announcers mentioned that event several times). (Crofton is a CDP in Anne Arundel County, not an actual incorporated city.) 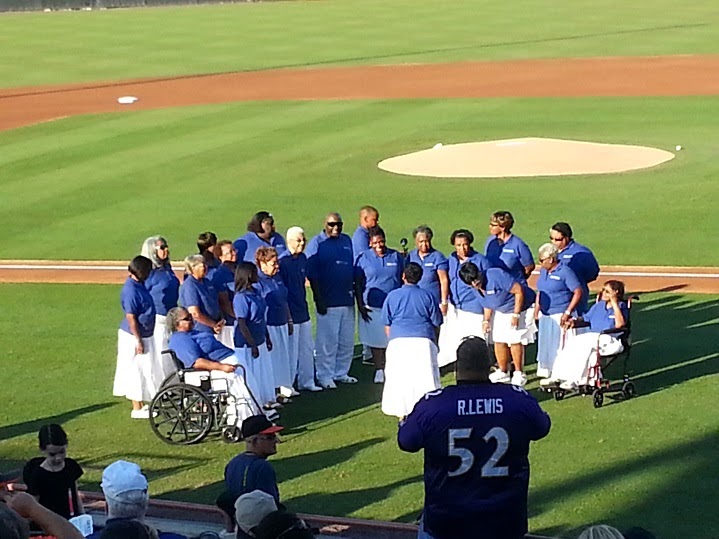 
The National Anthem was sung in an intriguing Negro spiritual style by an all-black, mostly older choir called the Sounds of Joshua Community Praise Choir (see above picture that Ray took). It was done in a way I had never heard before and I wasn't sure how the very suburban Maryland crowd would react but it seemed quite favorable.
A few other odds and ends ...


I did a lot of texting during the game -- to Chris H., DD, Gary, and LP.
Ray had on his Vietnam Vet baseball cap -- and another guy who was also wearing one came up to him. The custom seems to be to say what branch you were in and years you served and to end with a mutual "Welcome home, soldier."
It was actually cool toward the end of the night despite the mid-August calendar date with temperatures quickly falling to about 65F in the dry, clear air after reaching no higher than 85F today (KDCA) and in the suburbs, only 81F (KIAD) to 82F (KBWI). 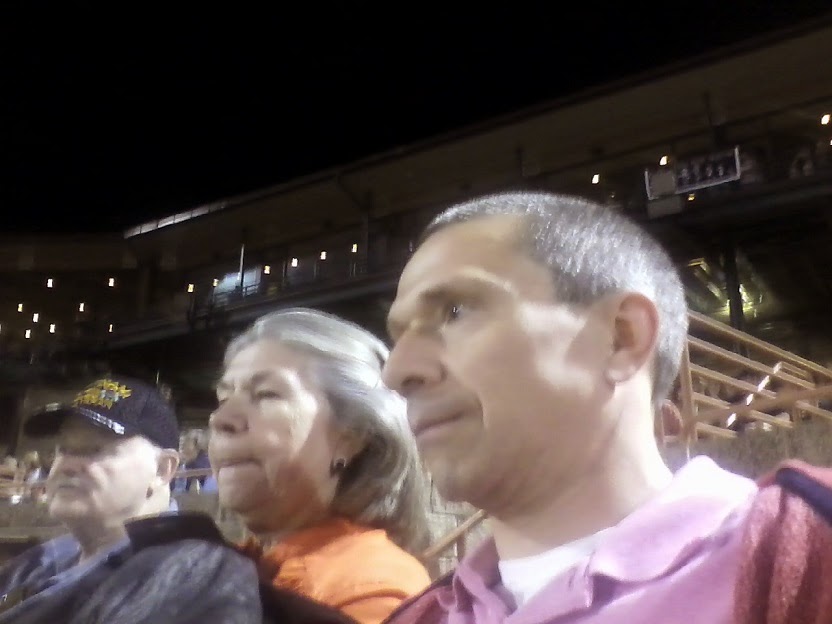 
There was a fireworks display at the end of the game (as is the usual custom at those games). The acrid smoke from the fireworks filled the field and started wafting perilously close. As I wrote in this entry after my July 4th bicycle ride / fireworks encounter, I don't particularly like them nor the domestic mindset that accompanies their use. 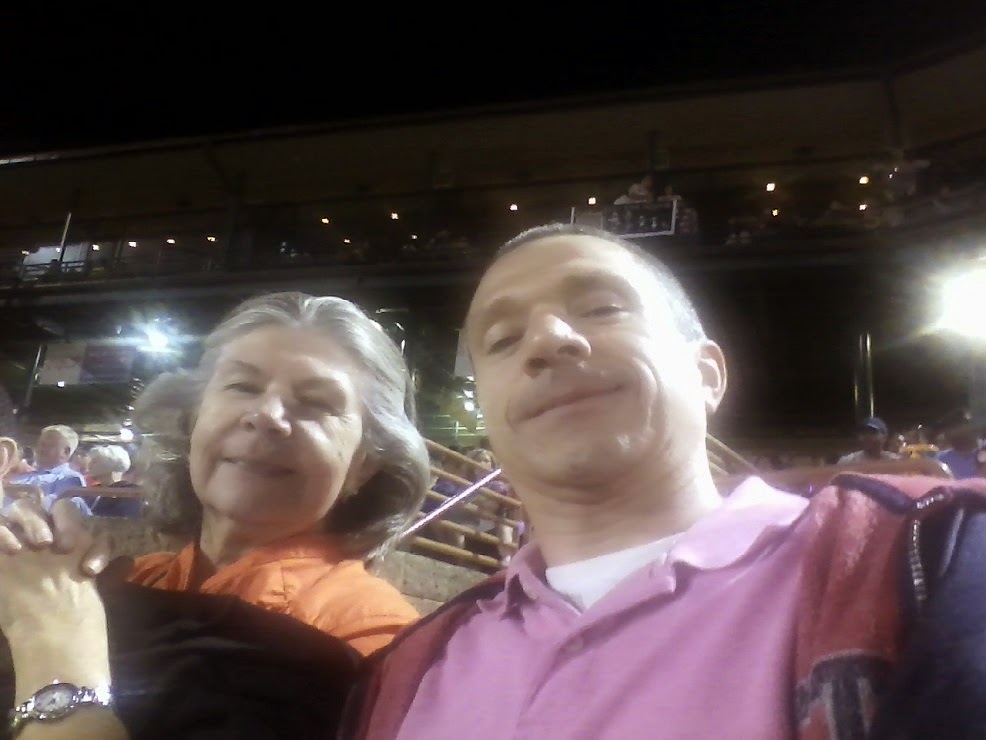 
Anyway, we left the stadium in a crush of people. Ray can park close because of his handicapped tags, but that just meant being engulfed by pedestrians. We actually exited the stadium surprisingly quickly given the crowd. We drove to Millersville, and now I am here in the back room (well, actually, it is the front room of this trailer) composing this entry by lamp light.
Ray is in the living room with his oxygen machine whirling away. It looks like something out of an old Dr. Who episode.
I had some cheese and crackers and now I'm having hot tea with some honey. And a half shot of Southern Comfort. 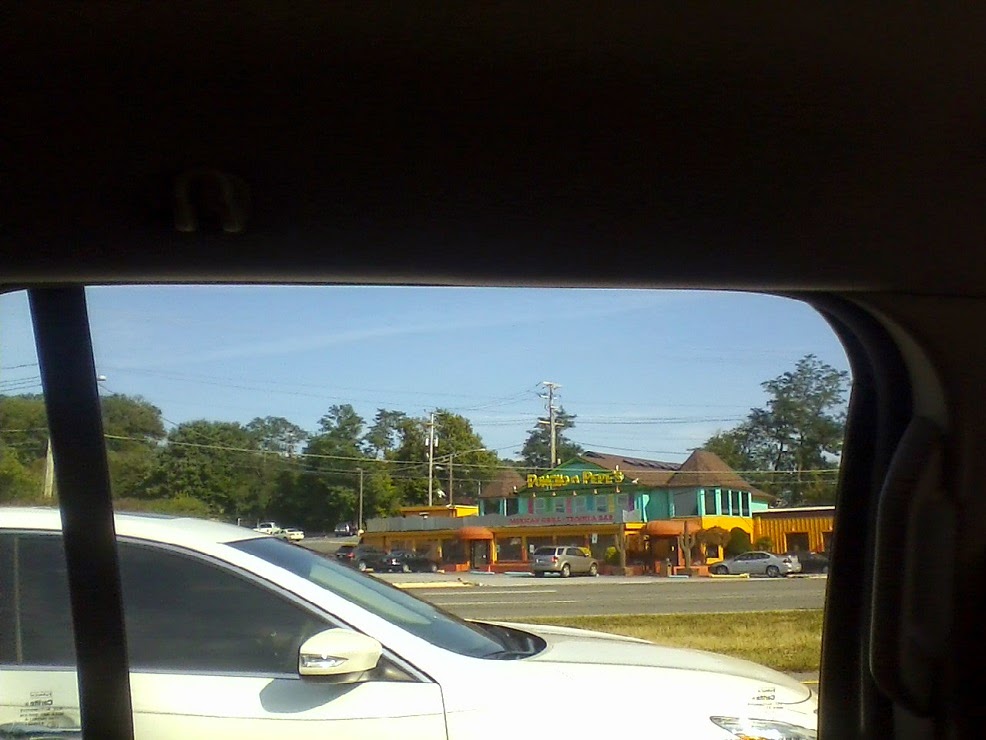 A view from Rt. 3 of a place called Poncho N Pepe's in Crofton just inside the Anne Arundel County line, Md., 4:54PM August 16, 2014.
The place looked sort of inviting in a low-rent but festive way. More generally, I had forgotten just how many stores, restaurants, and malls fill suburban Maryland. (Living in the D.C. Bubble for so long, I have forgotten this suburban life.) Some of these businesses are ghastly to comprehend such as crap American Chinese fast food take-out joints and VN Nails "spas" in strip malls. Others look, well, inviting such as Poncho N Pepe's, The Greene Turtle, and Rips Country Inn.)
*******


So I was going to try to post a jukebox Saturday night entry but at this point, it's just too late to get it posted before midnight (indeed, I won't even have this entry posted until after midnight). I also have a substantial entry to post on the four heavy / extreme rainfall events this past week -- in Detroit, here in the Baltimore / Washington area, on Long Island, and in the Portland, Maine area. However, all my image files for it are on my computer at home.
As it is, I'm very tired and just want to curl up on the thickly carpeted floor with the pile of soft blankets, quilts, and pillows; turn on the fan; and go to bed. 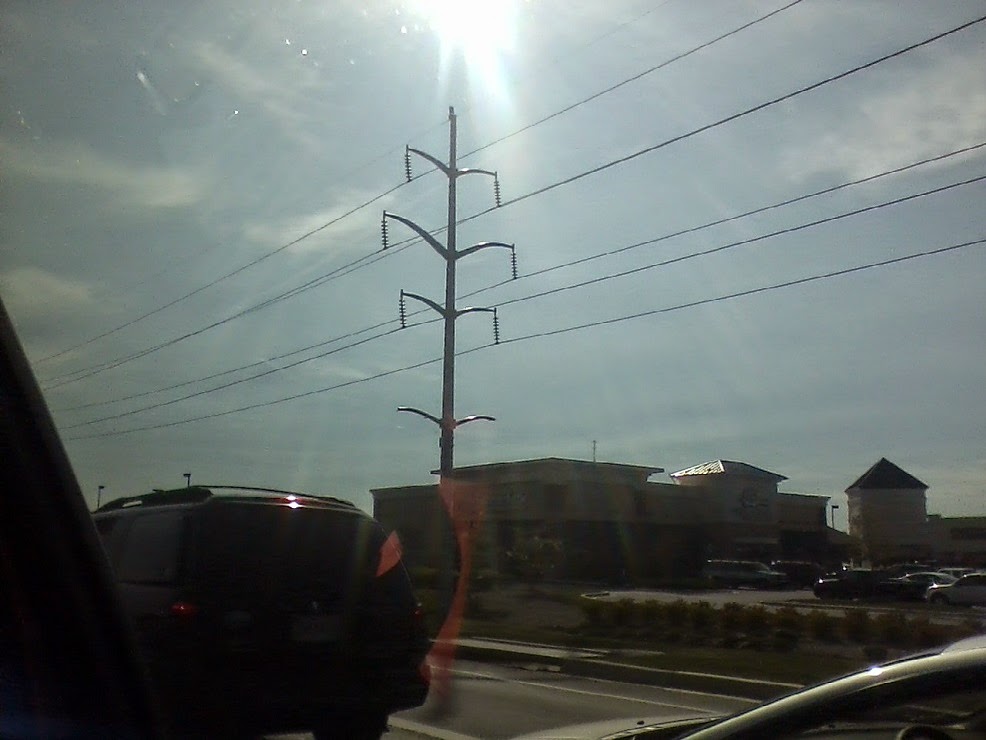 
I'm supposed to go right back to D.C. tomorrow, and I might take a late afternoon bicycle ride. As a result, I might not have a new entry posted until late Monday night.
As for my work situation, I had word today that there is some assignment for me to do of unspecified duration next week. I also spoke to another division manager about doing grant writing, and she said she would look into it. Neither of these really change the dire job situation that I related in my previous entry but it is better than nothing.
Signing off for now.