On the Occasion of the Passing of Actor James Garner: Recalling The Rockford, Pontiac, and Brighton Avenue Late 1970s Friday Night Files 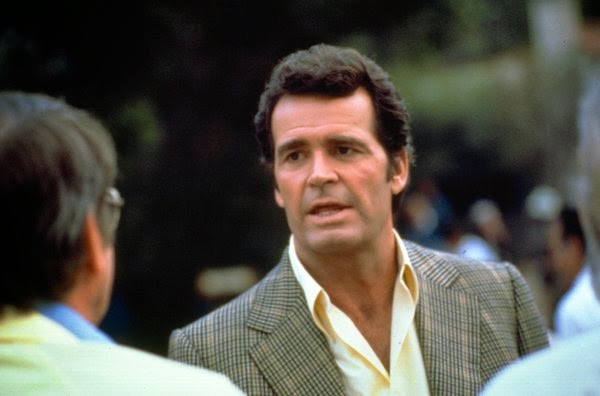 I just wanted to note that actor James Garner has died. Best known for his role as Jim Rockford in the 1970s detective show The Rockford Files, Garner had a career that spanned approximately a half century and over 50 movies according to his New York Times obituary.
Garner was 86. The cause of death is given as natural causes. 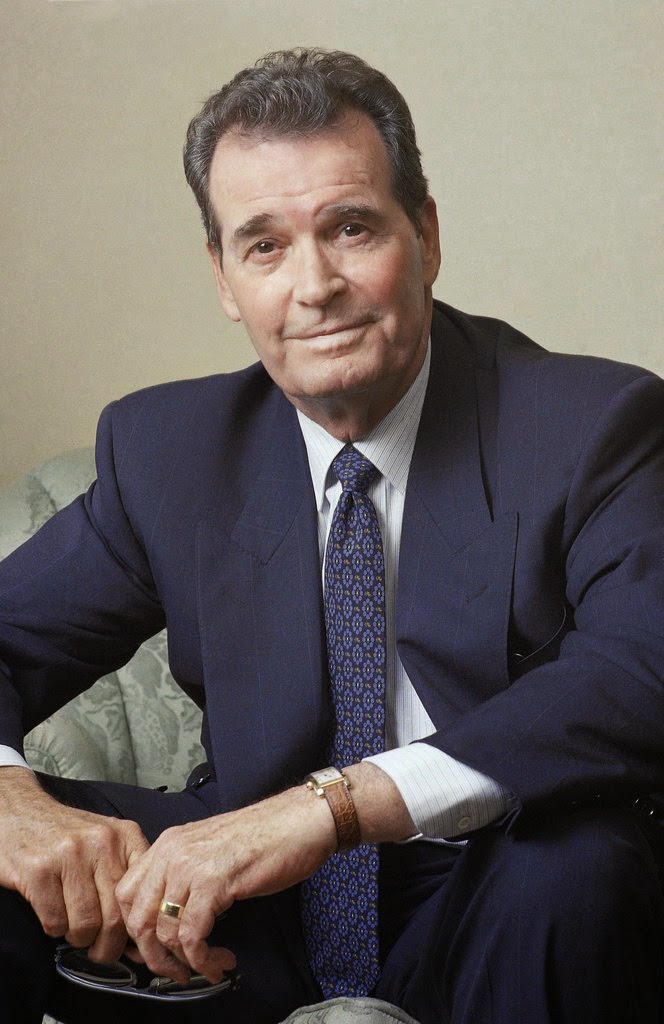 I really can't really do justice to his life in this short summary, and I recommend reading the obituary. (Honestly, I didn't even realize he was still alive. I thought he had already passed away some years ago.) I certainly did know that he was part Cherokee and from Oklahoma.

Left: James Garner in 1989 in New York that accompanies his NYT obit.


Rather, let me just say on a personal note, that always really liked The Rockford Files (and James Garner), perhaps because I recall watching the show and him on it long ago on Friday nights in the late 1970s (1977 - 1979) at my great Aunt Kathleen's house at 449 Brighton Avenue in Long Branch, New Jersey. She was my grandmother's older sister, and she lived there with her daughter, my cousin Elizabeth Ann "Betty Lu" Scollante (later Saad during her brief, unlikely marriage to a name named George Saad). Betty Lu died in 1992 or thereabouts from cancer while Aunt Kathleen died in 1997 (at age 92 or so). (My great Aunt Babe, now 101, is the younger sister of my grandmother and Aunt Kathleen and the last of the huge Acerra brood.) 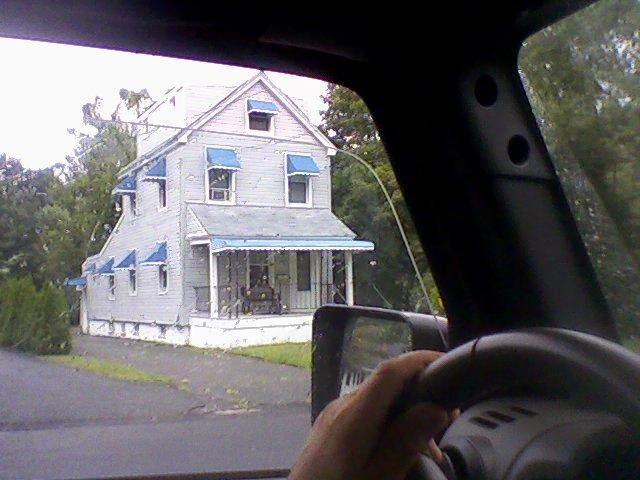 
I was living my paternal grandparents and dad at 368 Kirby Avenue in Long Branch, N.J., at the time. My mom and Ray were in Belgium back then. On Friday nights, my grandparents and I would often go (in my grandfather's beat-up olive-green 1975 Pontiac Le Mans station wagon) to my Aunt Kathleen's house (my dad was just out wherever at those times), and while my grandparents and Aunt Kathleen were talking in the kitchen -- drinking coffee and having pound cake or marble cake -- I was in the little backroom with Betty Lu watching TV including The Rockford Files. 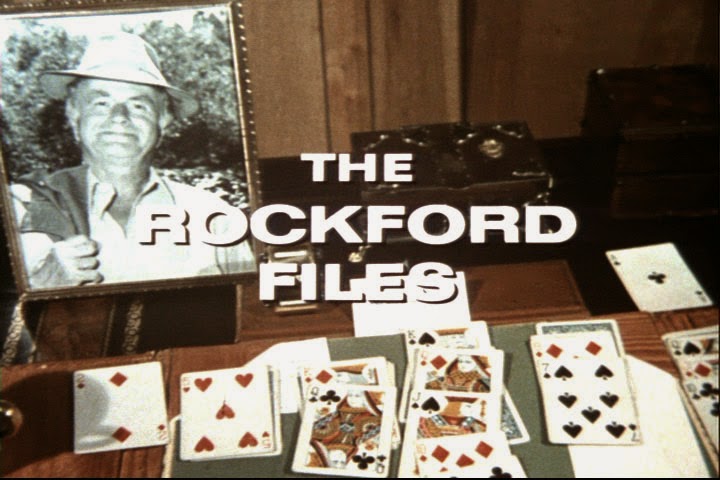 I particularly liked the opening sequence of The Rockford Files (which always started with a different and oddly comical answering machine message on an old-style landline phone) ...
Here is one of the few openings I could find on YouTube (possibly slightly altered in terms of the opening screen text). I'm not sure the season. As it is NBC Universal sues everything that moves for copyright infringement, so I don't anticipate this will last very long on YouTube.
*******


It was an upbeat theme yet somehow (at least to me, at least now thinking back on it) mournful montage of Los Angeles in the 1970s.
Perhaps it is mournful to me because I recall the piano Aunt Kathleen had in the front room that was so filled with kitschy bric-a-brac -- all ceramic dolls and ancient carpeting, a piano, furniture not meant to be sat upon, and a twisty staircase upstairs that I'm not sure how she ever managed to navigate -- but that to a 7-year old looked ornate. 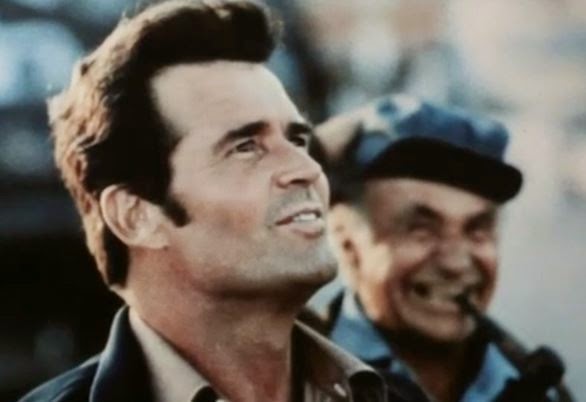 I could never play the piano but I recall hitting one of the keys and just listening as the note trailed off -- ideally as a car was passing on a rainy night on Brighton Avenue so that the sound of the piano key and the whoosh of the tire on the wet pavement just sort of blended together.
Speaking of (Pontiac) cars and The Rockford Files ... 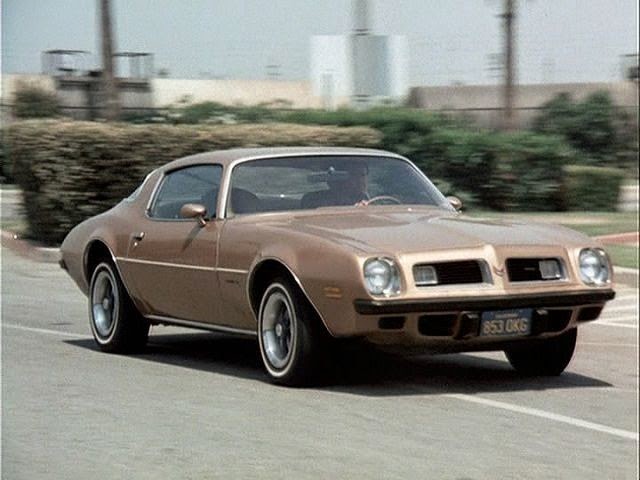 ... Garner was always tooling around L.A. in that golden tannish brown Pontiac Firebird Esprit. (I don't recall if there was ever any chase scenes in the cemented Los Angeles River. Surely there must have been.)
*******


Betty Lu a had a German shepherd named Gretchen, but unlike my bull mastiff dog at the time (Borky), you couldn't get too friendly with her and she let you know that. 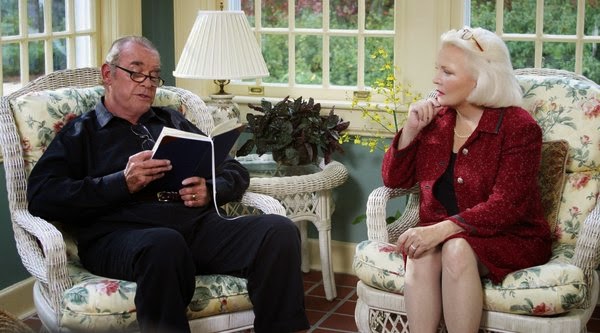 
OK, that really didn't have anything to do with James Garner. Anyway, I just wanted to note that he has passed away.
I intend to update the blog on Monday night / early Tuesday.
--Regulus
Posted by Regulus at 2:25 AM