*Yes, I was going for some pun on Arthur C. Clarke's book Childhood's End, but it didn't work. 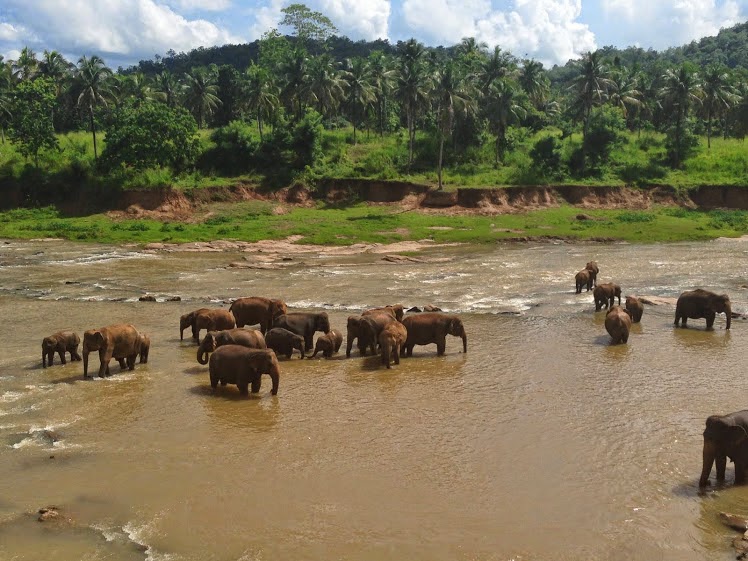 A stunning picture of the Pinnawala Elephant Orphanage with surrounding jungle, Sri Lanka, June 10, 2014.
The pictures in this entry are just two from approximately 1,000 that Kristof took while on a three-week vacation month with Li'l Dee ("Pinky") to the latter's native Sri Lanka (where his parents and brother still live).

Sri Lanka, a.k.a., Ceylon and adopted home of the late, great Sir Arthur C. Clarke. The two photo albums with ALL the pictures are available here and here.
*******


Friday evening. I'm home for now and struggled to come up with a topic to write. In the end, I made it a brief update and including a select few photographs of the ones that Kristof showed me last night at Larry's Lounge where we met. He later sent me the links to the two photo albums, which is how I got copies of the pictures. (I hadn't seen Kristof in about two months.) An expansive view somewhere in Sri Lanka (in a drier part of the country), June 11, 2014.
D's brother has a driver (who is a family friend) who drove Kristof and D. approximately 1,200 miles around Sri Lanka over a two week period.
*******


As for last night, Chris H. was working at Larry's Lounge -- at least temporarily -- and I biked there directly after work. (I biked to work yesterday). Of note, Chris requested -- and I happily complied -- to get little Brady and bring him to the bar. I love that little dog. Then we walked back and I got home around midnight and went to bed. 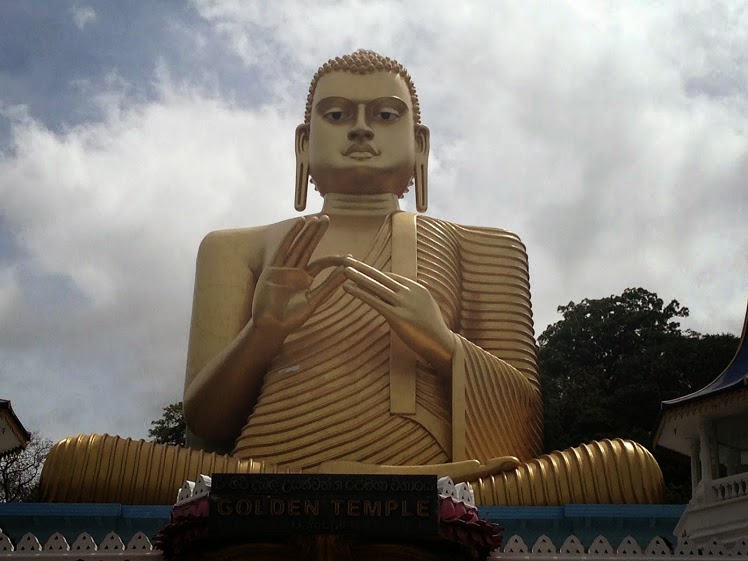 The Golden Buddha statue near the Golden (Cave) Temple of Dambulla, Sri Lanka, June 8, 2014. They got more Buddha statues in Sri Lanka then there are Virgin Mary statues in Poland and Mexico. Combined.
*******


I'm supposed to meet a departing co-worker at Chadwicks in Georgetown tonight. It's "AT", not to be confused with "AP", who I should really just call "AC" now. I'll bike over there. She lives in Rosslyn (although she is soon to move clear across the country to San Francisco for a new job in the kind of life change that I'll likely never do). 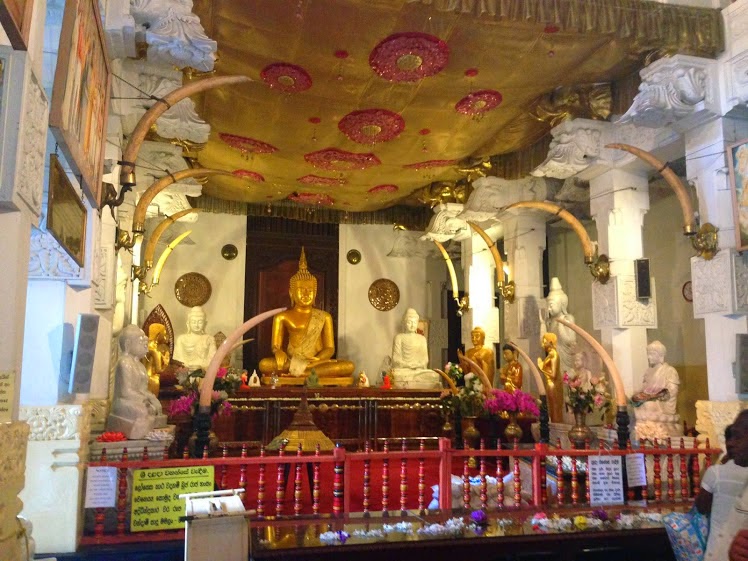 Temple of the Tooth, Sri Lanka, June 9, 2014.
Apparently a tooth of Buddha himself is kept here, hence the name. Check out the photo album to see the skirt that Kristof had to wear to cover up his shorts he was wearing.
*******


I'm skipping the gym tonight as I did last night but I'll go tomorrow. Of note, I went 5 out of 9 calendar days between July 8th and 16th. But I drink too much and that always has the potential to negate all the positives I've had in the past nearly 25 months of going to the gym. 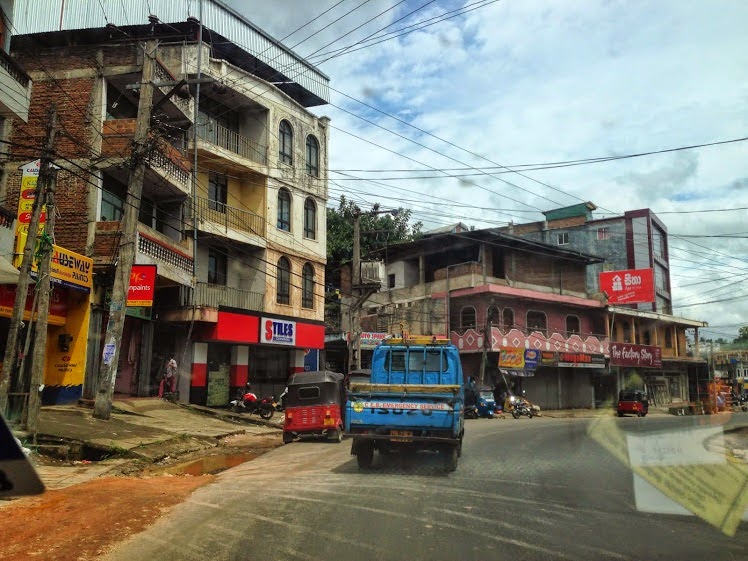 A street scene in or near Kandy, Sri Lanka, June 9, 2014.
This is a typical Sri Lanka town view. Also, Kristof said that he and the driver friend would often have to ask Kristof to hide when they made small purchases of food, drink, etc. -- otherwise the price would be exorbitantly higher with a white Westerner around.
*******

It was a busy and somewhat stressful week at work even as much uncertainty remains with the contracting position. I'm not sure that being a Federal contractor is the sort of life I could lead permanently, although I'm such a mentally and emotionally incapacitated human being that I doubt I'll ever make any change. 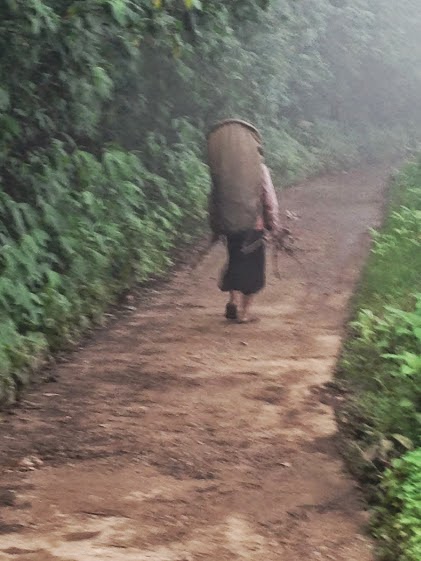 A "tea plucker" walks along a muddy path at the end of her daily harvest somewhere in the interior highlands of Sri Lanka where to this day large quantities of tea are grown. The hilly-to-mountainous interior is much cooler then the coastal and lowland areas and is quite wet (at least during the monsoon season, which June is). There is a touch of Monet to this picture.
Thankfully, Sri Lanka has left its terrible civil war days behind.
******


Well, that's all for now. I tried to write a complete entry but it was a stream-of-consciousness that went no where, so I just deleted it.
I'll try again tomorrow.