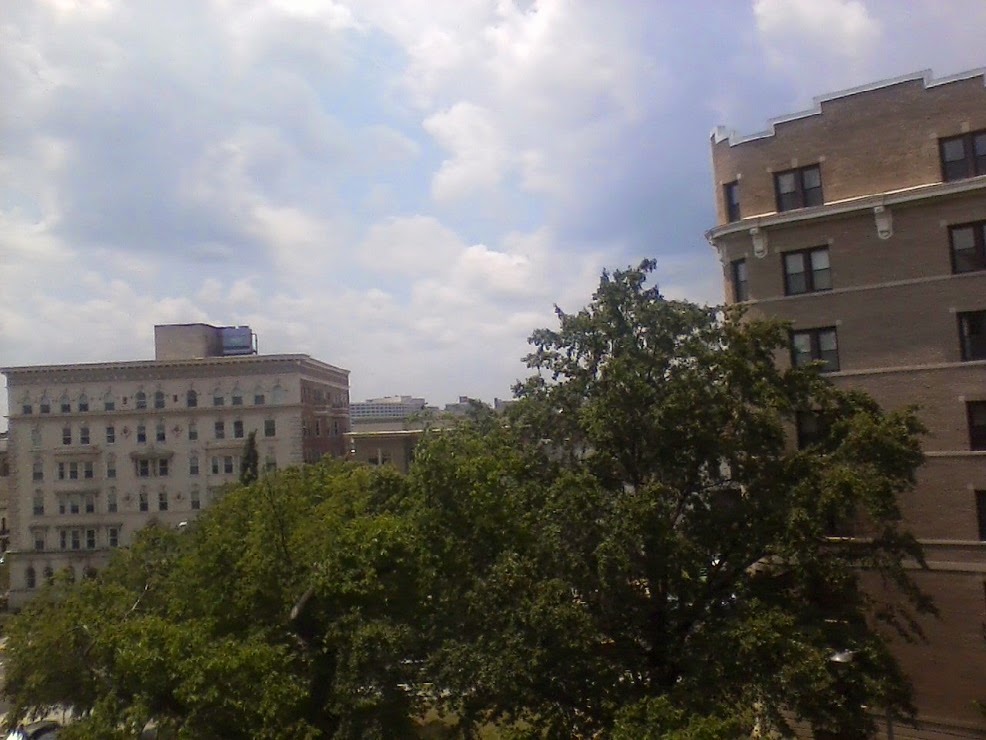 The familiar view (at least to my regular blog readers) from my Hampton Courts apartment looking across my neighborhood of Washington, D.C., 1:37PM July 12, 2014.
*******


I was going to take a bike ride today and again tomorrow. However, at this point, I think I'll just to my usual Saturday mid-to-late afternoon three-part gym routine at the Anthony Bowen YMCA (jogging, weightlifting, and swim). Instead, I'll take a long bike ride tomorrow -- the usual trekking out somewhere on the Metrorail and riding back.
Soon I'll have the Silver Line to explore. The first half of it is schedule for a July 26th opening.* Of course, that presupposes some easy-to-bike roadways or dedicated bike paths out in that direction of Fairfux County, VaVa, I mean, Fairfax County in No. Va. 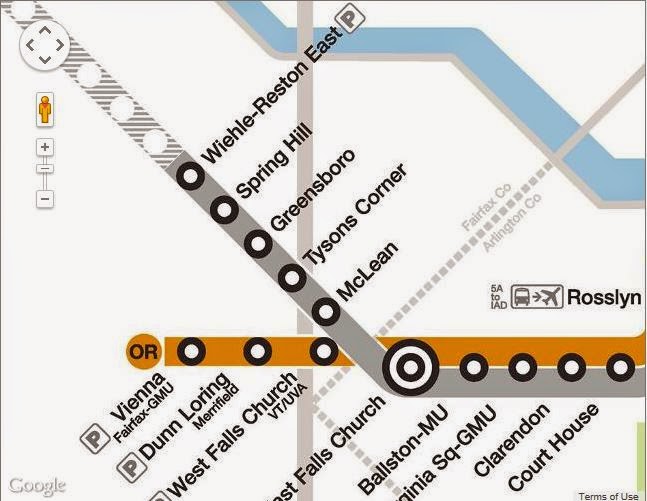 A close up of the Google interactive map of the WMATA Metrorail map -- on the WMATA site -- showing the new portion of the Silver Line set to open July 26th. (The remainder of it will be part of the existing Orange and Blue Lines). The second portion isn't scheduled to open until at least 2019.
*******


*The Hysterical One must be in a manic frenzy, shrieking about this or that bridge over Wiehle Avenue or down the middle of whatever highway and culminating with: ROCK ON! ROCK ON! AAAIGGHHH!!!
Tonight after the gym, I am going to Wendy's to have some chianti and a bit of dinner. Thereafter, I probably need to come straight home, or if I were to go out, to go to No. 9 and have only two or three of the $5 drink specials. I'm so low on money this pay period.
Last night I went to Larry's Lounge, where I actually had an enjoyable time, although I spent more than I budgeted, OF COURSE. My next paycheck (scheduled for July 25th) is a non-rent period one so I shouldn't have to live on such a Washington Consensus Austerity-for-Poor-People budget.
Also last night, there was a gorgeous Full Moon rolling low across the southern summer sky and looking extra large because it was at perigee (i.e., a perigee Full Moon). It was the "Buck Moon" or the "Hay Moon," depending on your pick. 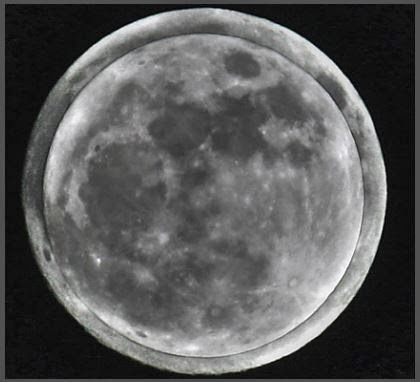 A comparison of the relative sizes of the regular full moon and the perigee full moon as seen from Earth.
Of note, last night's Full Moon was the third of five such "super moons" in 2014 and the first of three Full Moons (the other two are invisible New Moons).
OK, that's all for now. This entry started to metastasize into something much bigger but I removed that content and will dump it into a separate, dedicated entry for "later." In the meantime, I intend to post a jukebox Saturday night entry this evening after I return from the gym.
--Regulus

The Wiehle station in Reston is one block from the W&OD bike path - 40 miles of splendor from Purcellville to Alexandria. Come on out and enjoy a great ride.