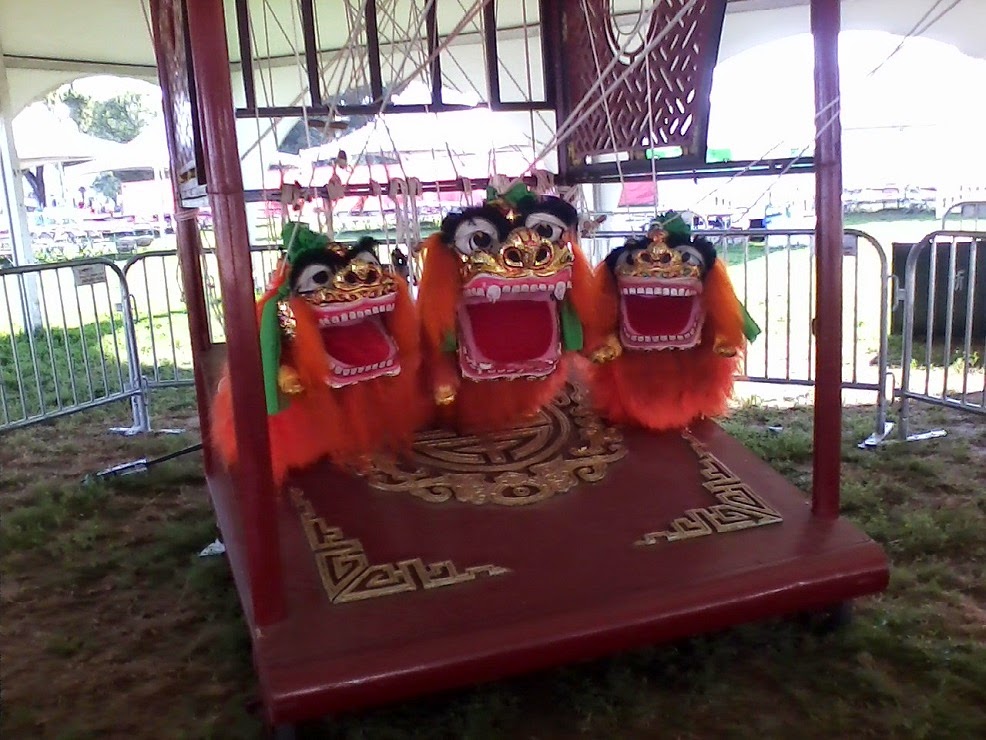 
Home tonight snug as a bug in a rug win my wee, dimly lamp-lit air-conditioned and (picture-less) television watching reruns of The Golden Girls while composing this entry on my brand new work computer, which is just like my old one (everything is set up). On my bed is a pile of plush stuffed animals -- primarily hippos with some teddy bears, a frog, and some other animals that make up the menagerie. 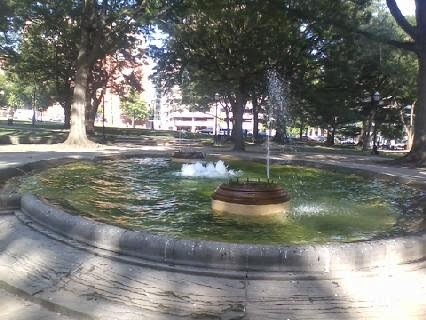 The central fountain at Franklin Square in downtown Washington, D.C., 5:46PM July 1, 2014.
This photo didn't do justice to all the homeless and schizophrenically insane people in the park and drifting and screaming about downtown D.C., enjoying their American freedoms.
*******


It's too warm and too humid outside after a sh!tty hot day (it reached 93F at KDCA with dew points around 72F). There is a tropical storm off the Florida Atlantic coast -- Arthur -- that is forecasted to intensify to about a 972mb hurricane with 90-mph sustained winds centered about 100 miles off the Virginia Capes and moving to the northeast, but far enough offshore to avoid any effects on the Baltimore/Washington corridor (though the shoreline including the Jersey shore might be impacted). The Melbourne (MLB) NWS radar in base mode reflectivity at 11:36PM EDT July 1, 2014 in showing Tropical Storm Arthur with what looks like a well-developed eye centered about 100 miles off Vero Beach, Fla.

Satellite imagery confirms this eye, although tonight's 11PM NHC discussion states that the low-level center is about 25-30 nautical miles west of the mid-level center.
*******


It's that time of year when I am looking at the nested-grid hurricane models on the NCEP / MAG site and those damn forecast tracks / cones and forecast intensities and interminable discussions that in the Atlantic always say the same thing: Tropical cyclone X will take an accelerating right-hook turn that will bring it to Portugal by hour 135. (To be clear, NO, I don't want a massive hurricane.) 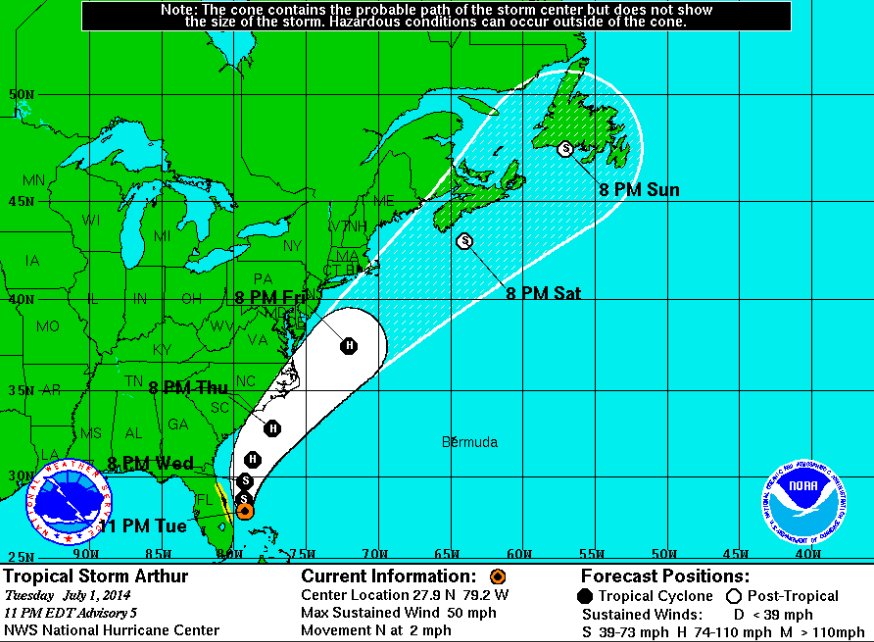 
As for the local / regional weather, the Capital Weather Gang had a rather detailed good entry summarizing the regional stats for June 2014, and as frickin' usual, June was too damn warm and a bit drier than normal. (KBWI and KIAD were above normal precipitation-wise). (I'm too tired to write up the numbers so I refer the interested reader to that entry. I trust that Matt Rogers wrote it up accurately.)
Hopefully, we'll get some rain from showers and t-storms over the next few days. 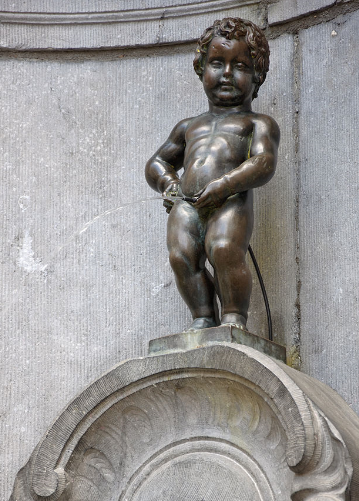 After work, I walked to Lincoln on Vermont Avenue where I met up with APC and some of the group. We caught the end of the 2014 FIFA World Cup match between the U.S. and Belgium. As I figured, the U.S. lost to Belgium 2 - 1 in overtime, but not for lack of trying. So it's over and Belgium moves on. The final game between whichever two countries is on or about July 13th.


OK, I'm now going to TRY to post the Sunday pictures I took on my walk, though that might have to wait until tomorrow night. (Tomorrow is a gym night, as well.)
--Regulus