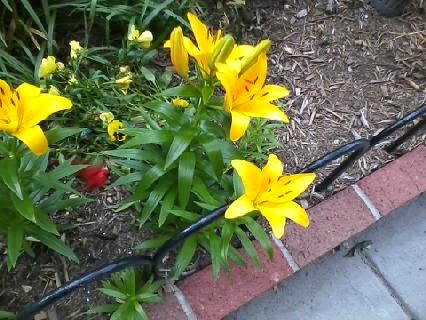 
This entry contains pictures I took on Saturday night and this Sunday, as well as links to a trio of good reads pieces -- Chait, Krugman, and Frank. The pictures are posted in reverse order, though -- the Sunday ones come first followed by the Saturday ones.
For starters, it is in the wee hours of a showery rainy Sunday night / now after-midnight Monday morning. I have to go to work in the morning. I hope to have some clarity on my work status this week. Things are still worryingly uncertain. 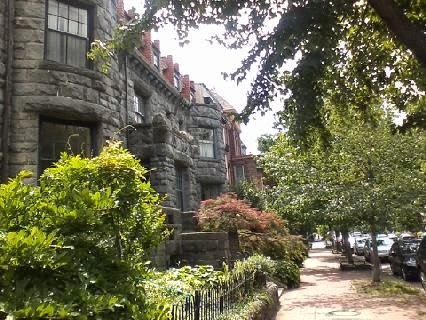 
As for the weather, there has been a concentrated area of light-to-moderate rainfall over the D.C. area including the District and into Northern Virginia with lesser amounts up toward Baltimore. This follows a partly cloudy, seasonally warm day with highs around 85F in D.C. proper (normal high at KDCA for June 8th is 82F). 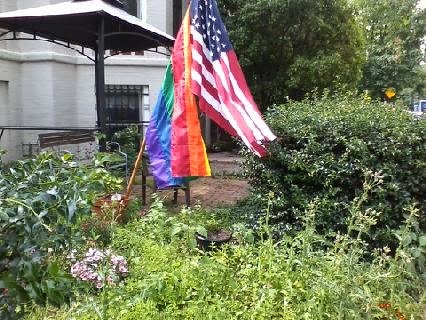 
As for the pictures, I took some of them last night before, during, and then after my dinner with Wendy. She and I went to Woodley Café in Woodley Park and then I took her briefly to Millie & Al's on 18th Street in Adams Morgan. She did not stay long while I stayed for several drinks until the place got too crowded. 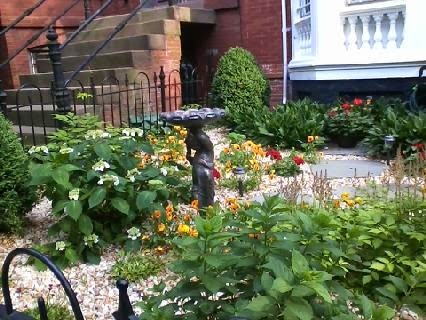 
Recall that she and I went to Woodley Café in order to escape the annual Capital Pride frenzy in my neighborhood that was this weekend. (In the end, I pretty much missed it all, which is fine with me.) 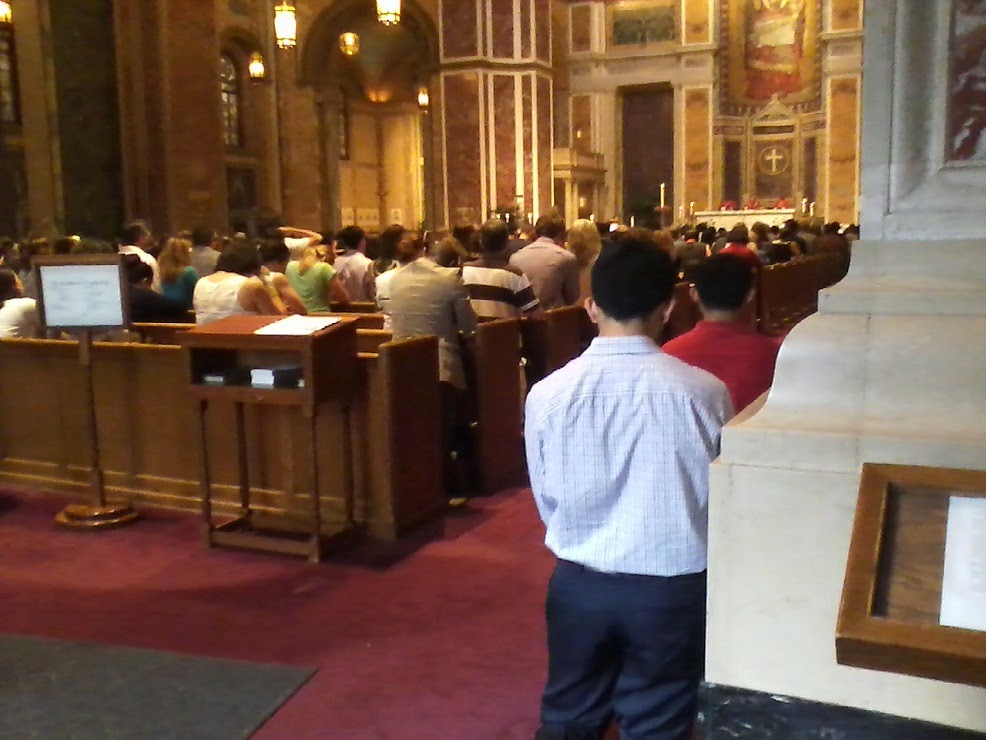 
After Millie & Al's,  I went to Duplex Diner, a place I have not been in about a year and a half. The issue with that place is as follows: The last three times I've tried to go there, the front glass door was locked, and there is a large sign announcing that one must ring the doorbell for access, all of which got me thinking the place has turned into some sort of club. 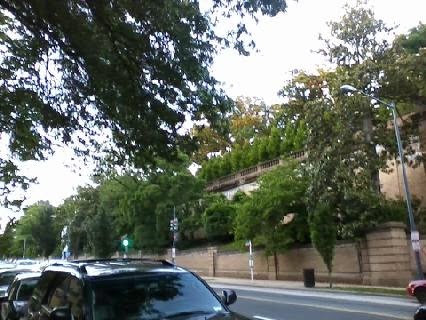 
However, apparently it was the case that I've just gotten there too late on all three occasions -- and the door was already locked. At least that's the gist of what I got from the bartender.
Finally, I stopped by "LaLo," where I had shortened but pleasant enough time. However, by that time I was rather drunk, and I walked home by about 230AM. Interior of Woodley Café, Washington, D.C., 8:51PM June 7, 2014.
Woodley Café is more of a morning / afternoon than nighttime place. Our waiter kindly turned down the TV, which was initially tuned in loudly too a hockey game.
*******


For this Sunday, I was kind of hurting and in the end, did nothing except drift around the neighborhood in the late afternoon in the evening and night. Actually, I first went to St. Matthew's Cathedral for the tail end of the 5:30PM Sunday mass. I can't recall the last time I was there (I used to go all the time years and years ago). I took the above picture, and I also went to Communion.
Oh, yes, it turns out it was Pentecost Sunday. It was actually kind of nice there, especially with the choir. And the recessional hymn -- "As a Fire Is Meant for Burning" -- is really lovely. 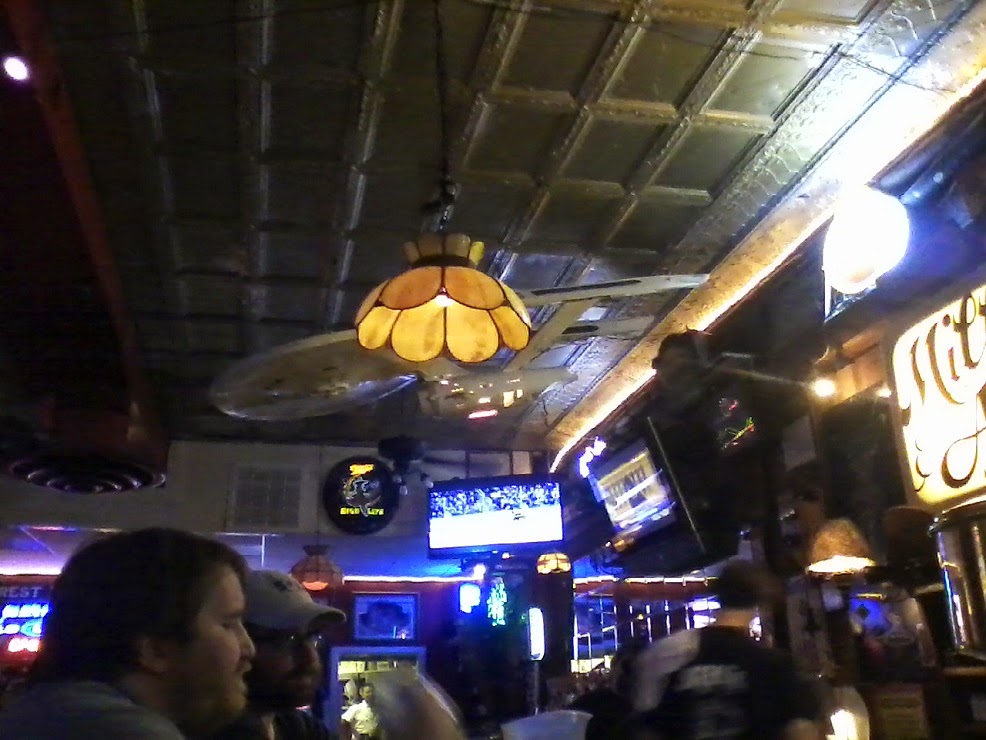 
Thereafter, I went to No. 9, where I had a couple drinks upstairs and chatted a bit with bartender Dusty. Finally, I walked home by about 920PM. Presently, as I write this entry, I'm watching TV. Of note, my TV is functioning semi-normally in terms of a non-scrambled image, except it occasionally scrambles again, especially during the nearly ubiquitous commercials shown during The Golden Girls reruns on Hallmark, and I have to change the channel back-and-forth to make it unscramble. 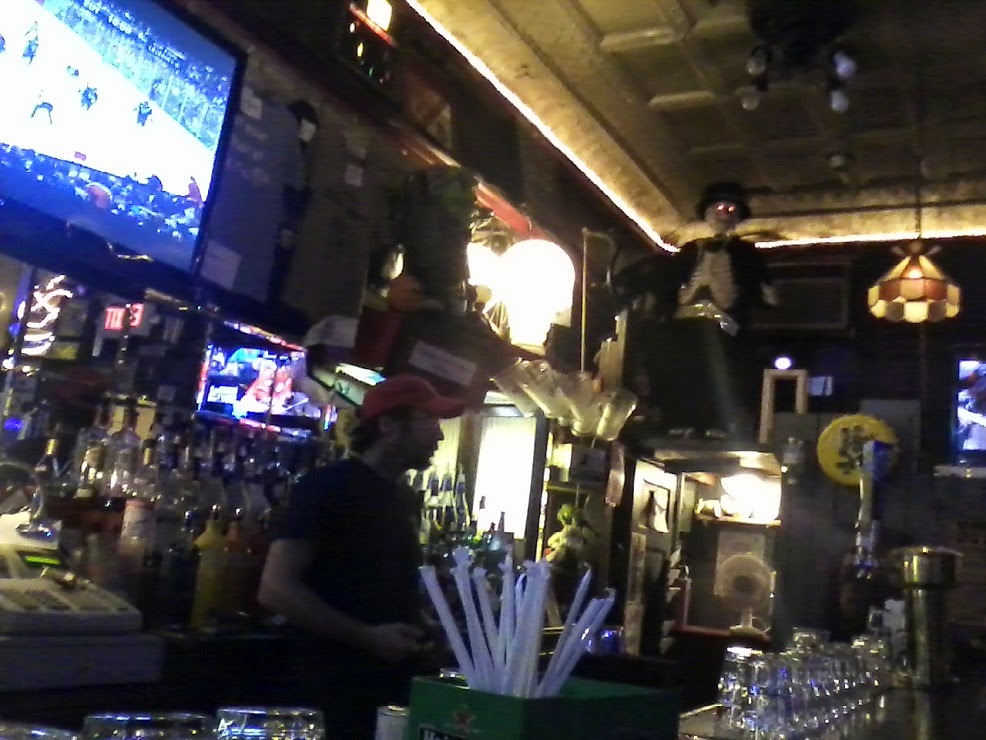 
Before concluding, I would like to post links to three "good reads" pieces including Jonathan Chait, Paul Krugman, and Thomas Frank.
Jonathan Chait discusses the four major achievements of the Obama administration in this piece (link embedded): Obama Promised to Do 4 Big Things As President. Now He's Done Them All 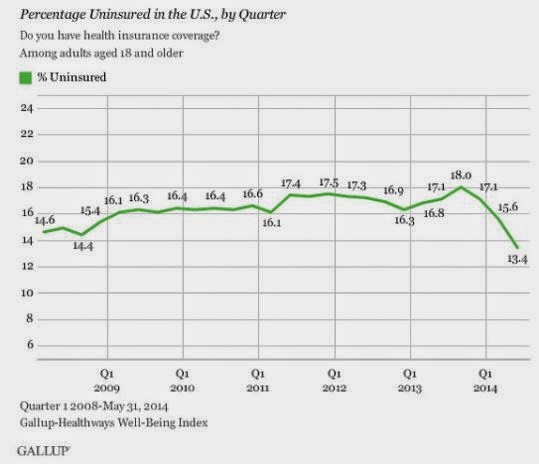 Gallup poll showing the percentage of uninsured Americans with the most recent poll from May 31, 2014. This is a staggering drop -- from 18 percent to 13.4 percent in less than one year thanks to the Affordable Care Act.
*******


Chait refers to President Obama's (1) various responses to the 2008 crash and Great Recession including the Recovery Act; (2) environmental efforts culminating in the carbon pollution regulations promulgated by EPA that may or may not survive legal challenge; (3) education reform in the "race-to-the-top" standards; and (4) the Affordable Health Care Act.
On the latter effort, there are two key charts -- one above featuring the percentage of Americans with no health insurance based on Gallup surveys and the one directly below comparing health care and general price inflation for the past 54 years. The former shows a dramatic drop in the rate of the uninsured while the later shows health care sector inflation to be at its lowest since the early to mid-1960s. 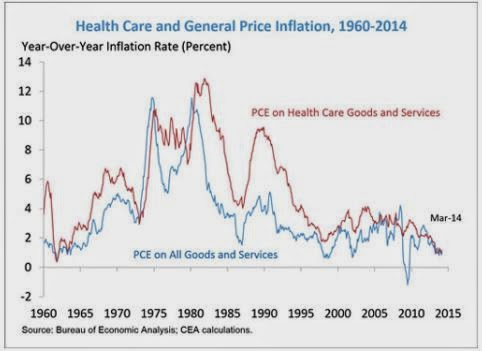 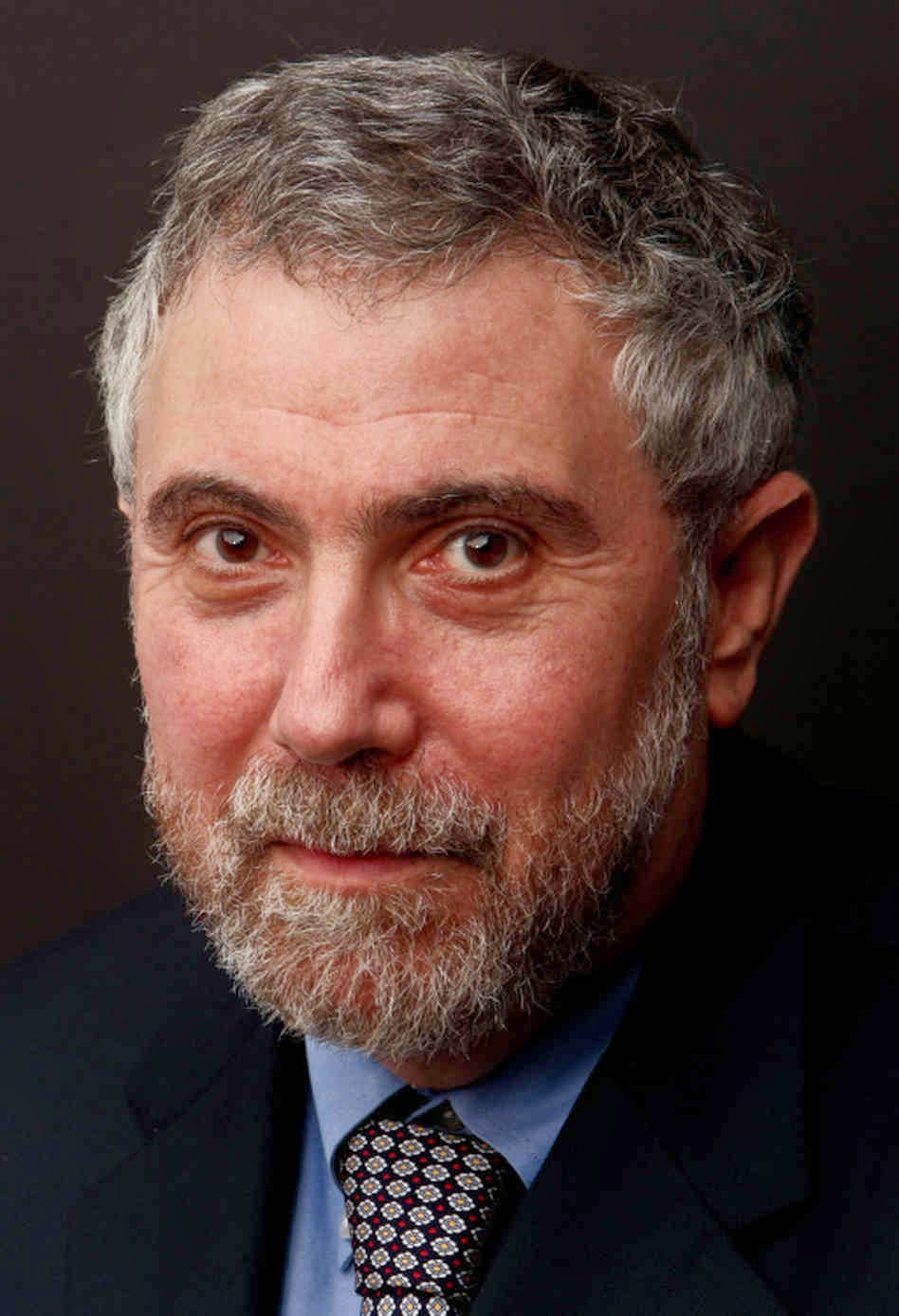 Paul Krugman's Monday New York Times op-ed (link embedded): Interests, Ideology and Climate. Prof. Krugman argues the difficulty in efforts to implement regulations to reduce carbon emissions is as much a "toxic combination" of American libertarian ideology and anti-intellectualism -- two deep strains of thought in the American psyche -- as it is the monied power of fossil fuel and related extractive industries.


And here is a piece by Thomas Frank -- author of What's the Matter With Kansas? fame -- about the massive, ugly racket that is higher education in terms of endlessly skyrocketing tuition and the real reasons for it, as opposed to the crap university administrators and their Professional Centrist corporate media apologists always give (link embedded):
Colleges are full of it: Behind the three-decade scheme to raise tuition, bankrupt generations, and hypnotize the media: Tuition is up 1,200 percent in 30 years. Here's why you're unemployed, crushed by debt -- and no one is helping
It's a lengthy piece but it boils down to this: In the past 30 to 40 years, America has essentially privatized higher education (including public universities).
Frank writes: 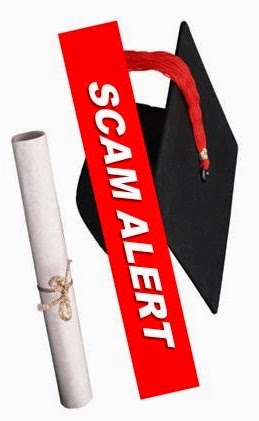 "What I mean to say is that the tuition price spiral is part of the larger history of inequality, just as is the ever-rising price of Andy Warhol paintings, or the ever-growing size of the McMansion, or the ever-weightier catalogs issued by Restoration Hardware -- and, of course, the never-increasing wages of American workers. As the rewards that can potentially be won by members of the white-collar class have gone from meh (in the egalitarian 1970s) to Neronian (today), it feels natural that the entrance fee for membership in that class should have escalated in a corresponding manner. 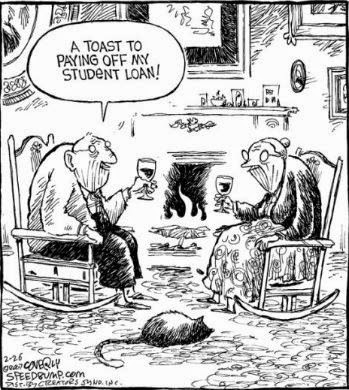 "The iron logic of inequality works the other way as well: Although a college degree doesn't necessarily guarantee a life of splendor, not having one pretty much makes a life of poorly compensated toil a sure thing. Finding ourselves on the receiving end of inequality is a fate we will pay virtually any price to avoid, and our system of higher ed exists to set and extract that price." 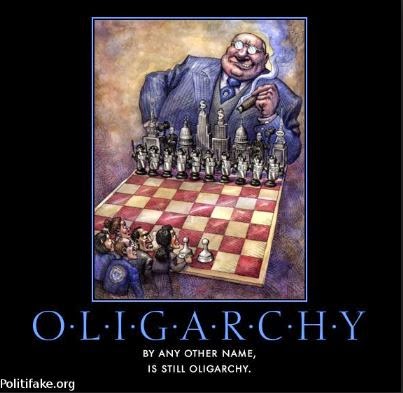 I would just say it is yet another example of the shift toward oligarchy and overclass / underclass in 21st Century America. How odd and ironic it is that a time of such hyper-democratization and mass entertainment media culture is actually facilitating this shift.
OK, that's all for now. My next update might not be until Tuesday night, unless there is something noteworthy, good or bad. At this point, anything is possible jobwise.
Sigh.