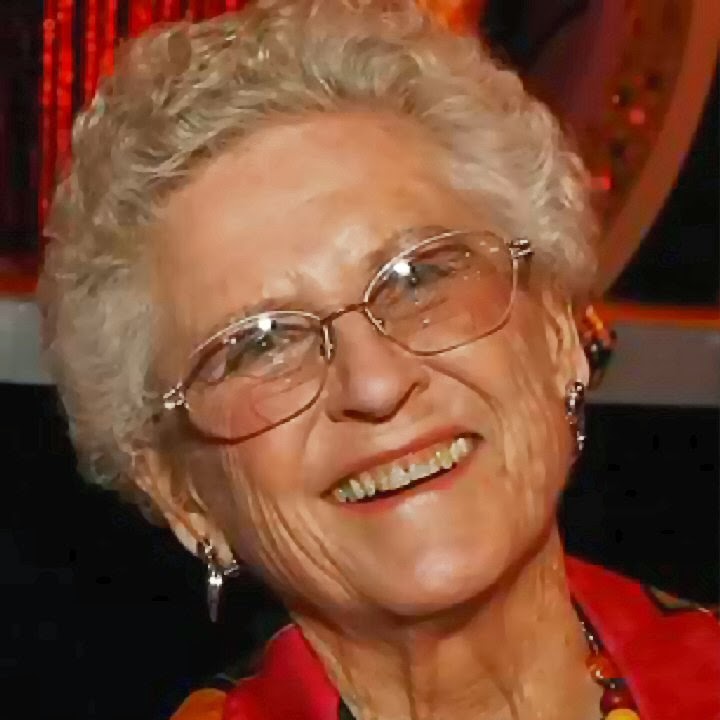 Below is reposted in full the obituary from The New York Times for actress Ann B. Davis, who died at age 88 yesterday. The posting includes additional online pictures from online I found and added captions. Davis is best remembered for her role as "Alice the Housekeeper" on The Brady Bunch.
Ann B. Davis, the Maid on 'The Brady Bunch,' Dies at 88
By ANITA GATES
JUNE 1, 2014
The New York Times
Story link here 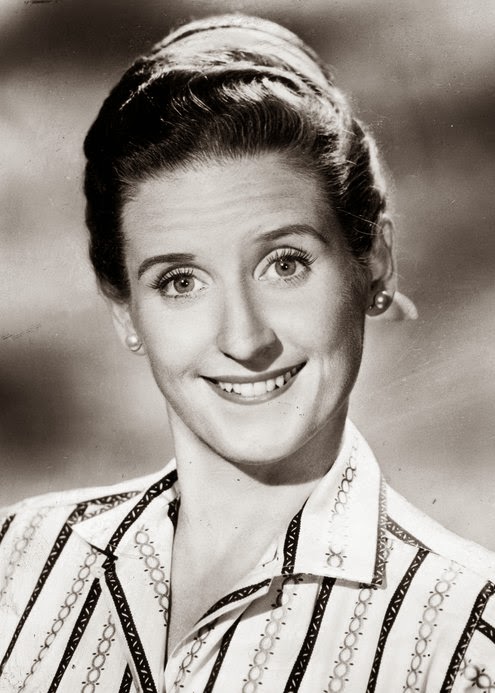 Ann B. Davis, the comic actress best known as the wistful, wisecracking live-in maid on the long-running ABC sitcom "The Brady Bunch," died on Sunday at a hospital in San Antonio. She was 88.

Left: Ann B. Davis in 1960. This is the picture that accompanied this New York Times article (or at least this particular online version).


She had slipped into a coma after falling in the bathtub and hitting her head on Saturday, her agent, Robert Malcolm, said. She used a walker and had been in excellent health, he said. She had been living in San Antonio with Bill C. Frey, a retired Episcopal bishop, and his wife. 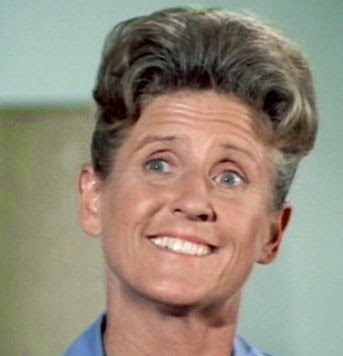 From 1969 to 1974, Ms. Davis played the eternally good-natured, reliably self-deprecating Alice Nelson, who kept house for and dispensed cornball advice to a wholesome blended California family of eight on one of the perkiest prime-time series of its era.

Left: Ann B. Davis as Alice in The Brady Bunch. 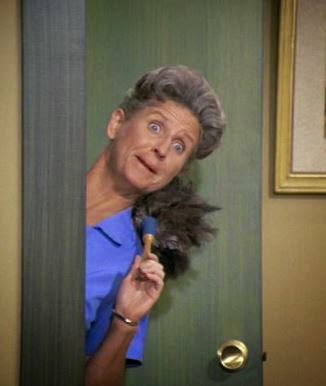 Alice was, however, simply the best known of a series of plain-Jane characters Ms. Davis played, women who yearned for but never really expected to find romance. "I've been digging Sam so long, by the time he proposes I'll be six feet under," Alice once said of her unending crush on the Bradys' butcher.

More than a decade before "The Brady Bunch," television viewers had known Ms. Davis from "The Bob Cummings Show" (1955-59), in which she played Charmaine Schultz, better known as Schultzy, the lovesick spinsterish secretary to a playboy Hollywood photographer who was always surrounded by glamorous models. Schultzy couldn't hold a candle to those beauties, but she was beloved enough as a characterization that Ms. Davis won the Emmy Award for best featured actress in a comedy series for the role in both 1958 and 1959.
Between that series and "The Brady Bunch," Ms. Davis starred on the short-lived "The John Forsythe Show" as a gym teacher; was a regular on "The Keefe Brasselle Show," a variety series; and played the unglamorous secretary of Doris Day’s character in the film "Lover Come Back" (1961). 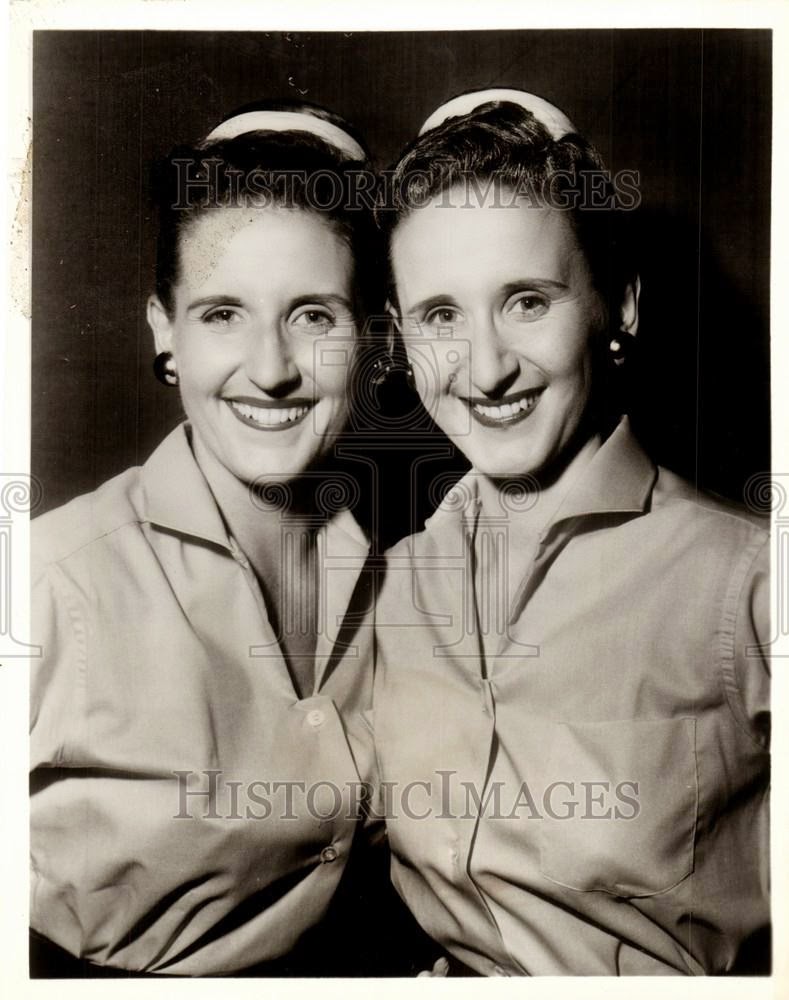 Ann Bradford Davis was born -- along with a twin sister, Harriet -- in Schenectady, N.Y., on May 3, 1926. When she was 3, her father, an electrical engineer, and her mother, an amateur actress, moved the family to Erie, Pa., which Ms. Davis once described as "much easier to spell."

Above: Ann B. Davis and her twin sister, Harriett Norton (nee Davis). Actually, I'm not sure who's who in this picture. I think that's Ann on the left.


When she entered the University of Michigan, she wanted to become a doctor. But after seeing her brother in the national company of "Oklahoma!" she had a change of heart. She graduated with a bachelor's degree in theater in 1948 and began appearing in small stage productions. 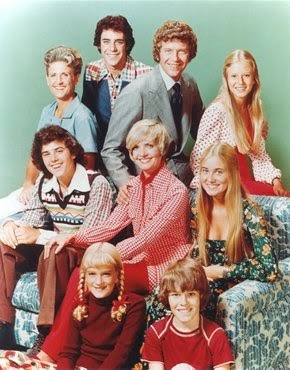 In 1954 she moved to Los Angeles and had the good fortune to be discovered, Hollywood style. While she was performing (unpaid) at a cabaret-coffeehouse that presented revues, plays and concerts, a casting agent saw her and suggested she try out for the new Cummings series. She won the role, and her career was underway.


After "The Brady Bunch" went off the air, Ms. Davis, like other cast members, capitalized on the show’s popularity in a string of mostly ill-conceived follow-up projects, including "The Brady Bunch Variety Hour," a 1976-77 series, and the television movies "The Brady Girls Get Married" and "A Very Brady Christmas" in the 1980s. When the torch passed to a new generation in "The Brady Bunch Movie" (1995), starring Shelley Long and Gary Cole in the roles originated by Florence Henderson and Robert Reed, Ms. Davis made a cameo appearance with a wink to older moviegoers. She played a truck driver named Schultzy. (The comedian Henriette Mantel played Alice.) 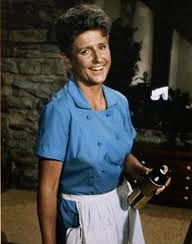 Ms. Davis also did television commercials for products including instant rice, floor cleaner and cars (including a surprisingly sexy ad for the Ford Fairlane in the 1960s).

Left: Ann B. Davis as Alice the Housekeeper.


People often asked Ms. Davis for child-rearing advice, she said, because of Alice's perceived wisdom when counseling the young, fictional Bradys. But she professed to know absolutely nothing about children. Nor, she said, was she really a comedian, because she relied completely on scripts and had never ad-libbed in her life. In a 2004 Archive of American Television interview, she summed up her expertise. 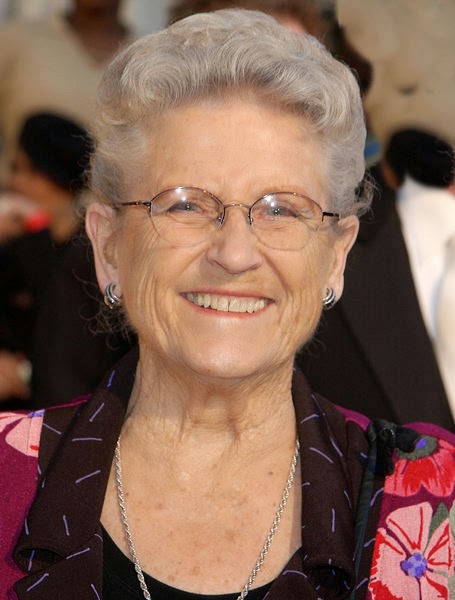 "I need a writer -- and I have always been very conscious of and dependent on writers," she said. "I was just terribly, terribly grateful to them."


OK, that's all for now. I was going to post some other pictures (from my trek up to see LP at Grosvenor Park this Sunday, not to mention last Sunday), but it's kind of late and I need to go to sleep and go to work tomorrow. I'll try to post an entry tomorrow night after I get home from the gym.
--Regulus
Posted by Regulus at 12:45 AM