My Work Worries and General Woes of This June 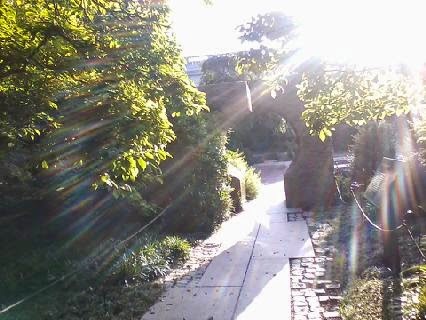 Rays of sunlight in the Enid Haupt Garden of the Smithsonian, Washington, D.C., 6:50PM June 3, 2014. (I walked from work to Harry's Pub on Wednesday to meet Nick.)
This entry features some pictures I took the past two days.
*******


I started this entry last night after a two-part solo happy hour that took me first to Sky Bar at the Beacon Hotel (a certain person I know and with whom I seem to have reconciled is bartending there; he is in the picture taken there posted below). Thereafter, I walked  to No. 9 (my second night in a row going there). However, I didn't finish the entry, and instead I posted this previous one (which I considered taking down but I guess I'll keep it up). 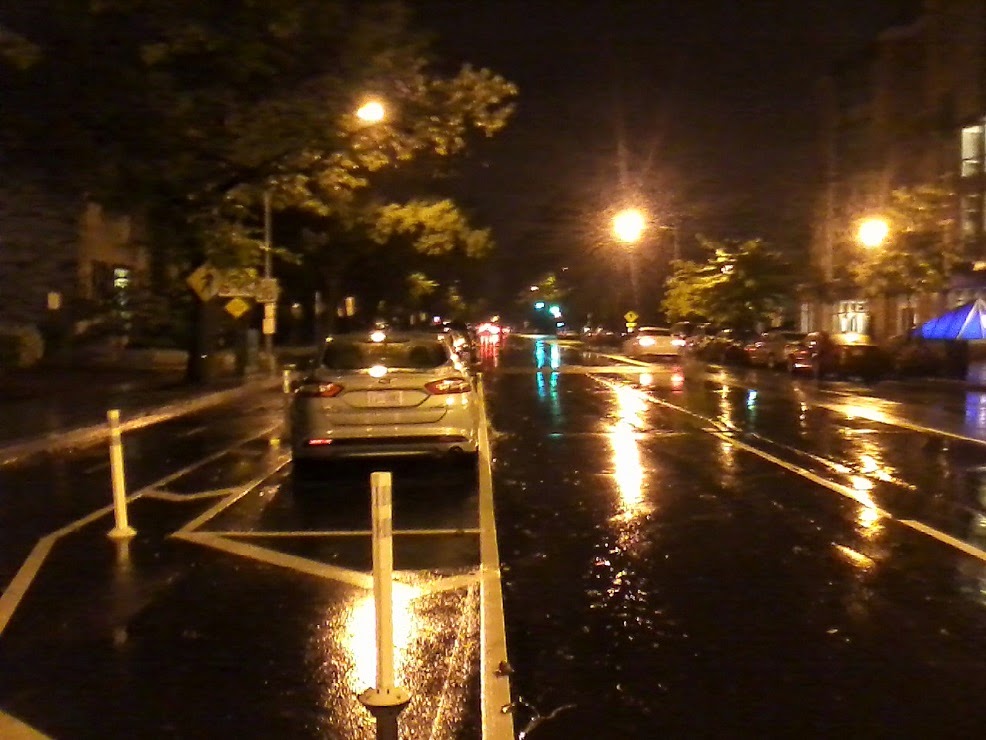 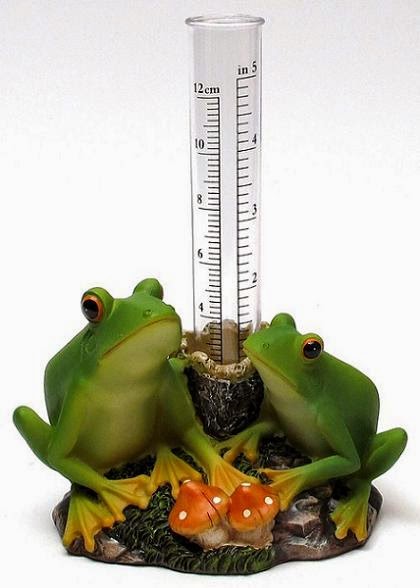 It was a showery-rainy, warm night with varied precipitation totals yesterday including (for the calendar day of June 4th) 0.41" at KDCA and 0.72" at KIAD, though only 0.14" at KBWI. As for KDMH, it had a scant 0.07 inches. There was a little bit more at KDCA and KIAD after midnight (less than a 0.1") while it looks like another quarter inch fell at KBWI after midnight through dawn.


It's just a cloudy, though bright and muggy morning right now with temps around 65F and a dew point not much lower. 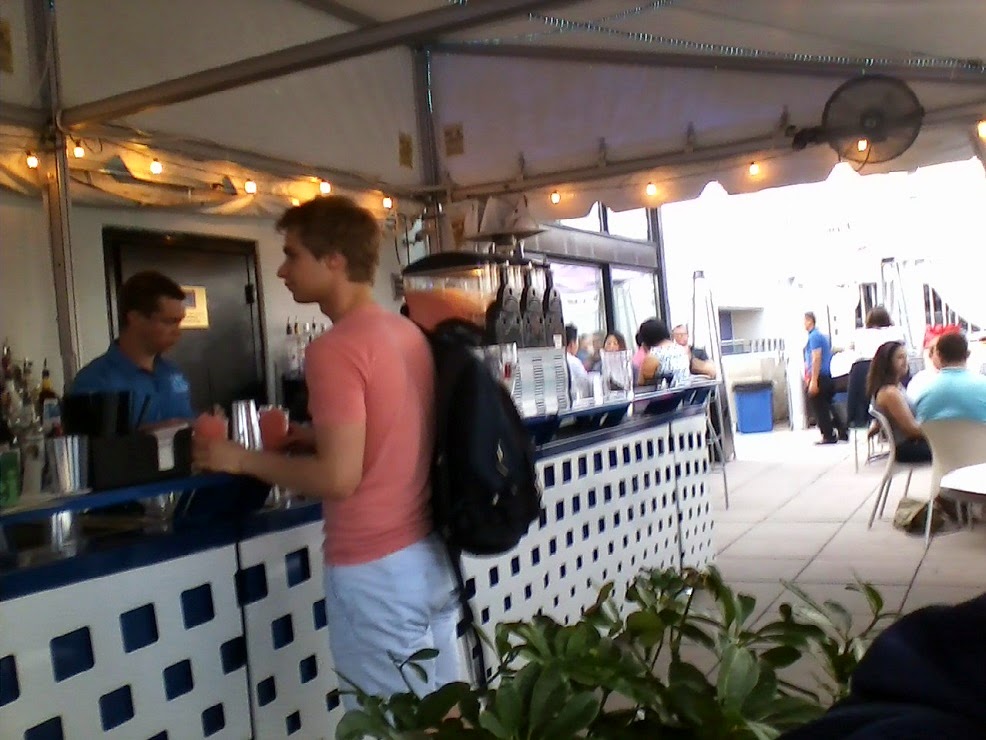 
I was in a good mood last night but now in the light of morning ahead of going to work, I'm not. In fact, I am quite worried about my job owing to the disappearance of any billable work for the time being. I don't know how long this condition will last and how long I will be kept on. I was told there are efforts afoot to find me work, but right now I have nothing. 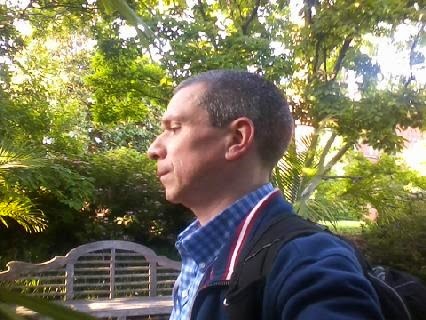 
I really don't want to lose this job; I've had it for 4 years and I quite like it for a variety of reasons including the varied and interesting assignments organized around clean energy efforts; the schedule flexibility; and my colleagues, most of whom are both smart and good people. 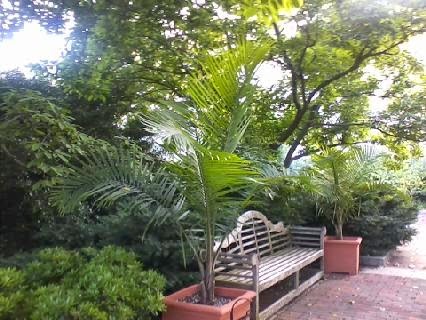 If I do, I'm not really sure how or even whether I would look for another one -- as opposed to just leaving D.C. after a few months and heading perhaps to Florida to live with my crazy dad in his trailer by the sea near Flagler Beach. 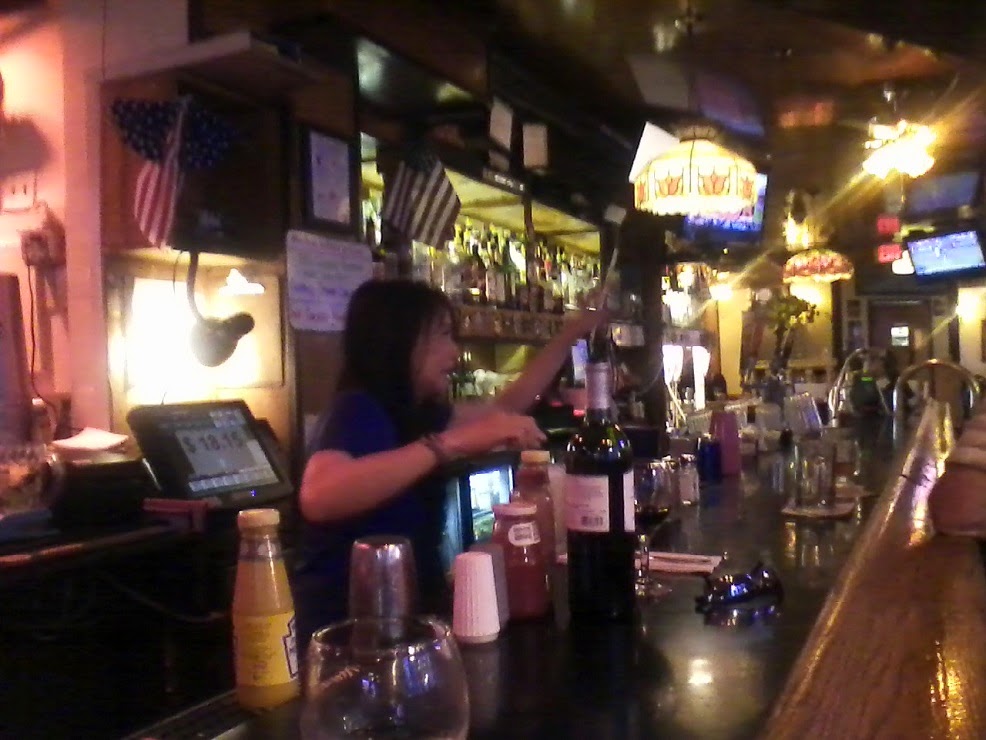 The bar and bartender at Harry's Pub, Washington, D.C., 8:11PM June 3, 2014.
I met Nick at this place -- which I have discussed in recent blog entries after only recently discovering it, "hiding in plain sight," as it were. Remember that it is actually two places in one -- Harry's Pub and Harriett's Family Restaurant. Oh, yes, this bartender remembered me from my previous visit.
*******


I haven't started looking for another job but perhaps this is something I should do given the current situation. Of course, all of this could turn around on a dime -- it truly is feast or famine, as the old saying goes, when you are a Federal contractor. 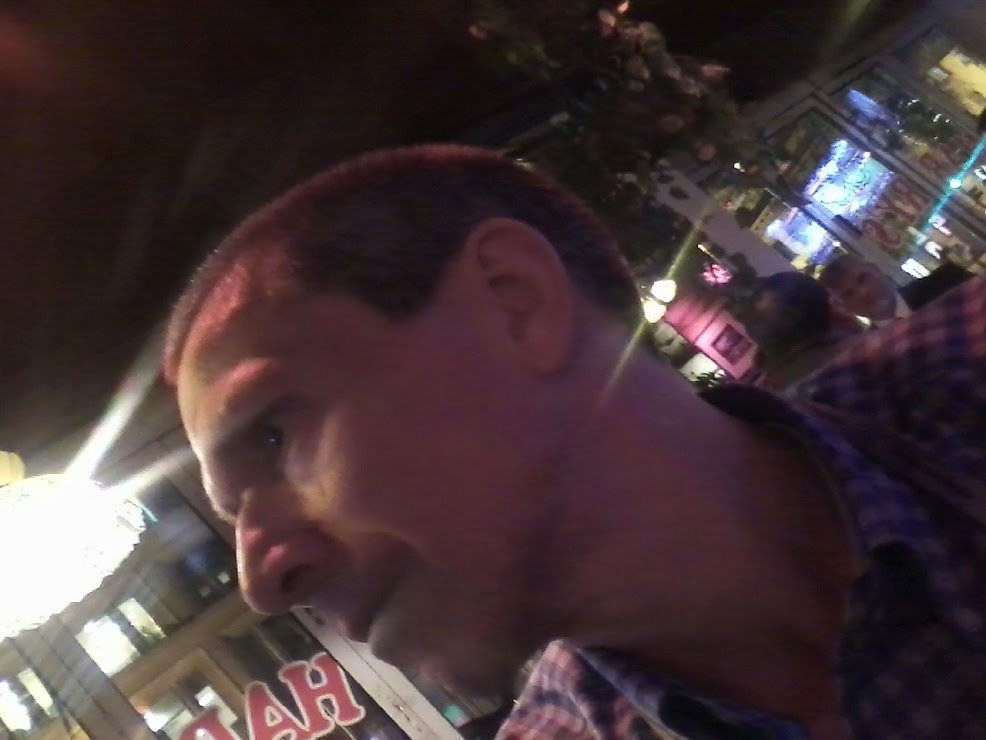 Still abandoned / locked after all these years, on this particular night, a third-floor upstairs window was open and there was some sort of lamp on. I had the feeling someone was up there. Perhaps there is a squatter living in there. I guess given enough time, that is bound to happen with a building not in use. 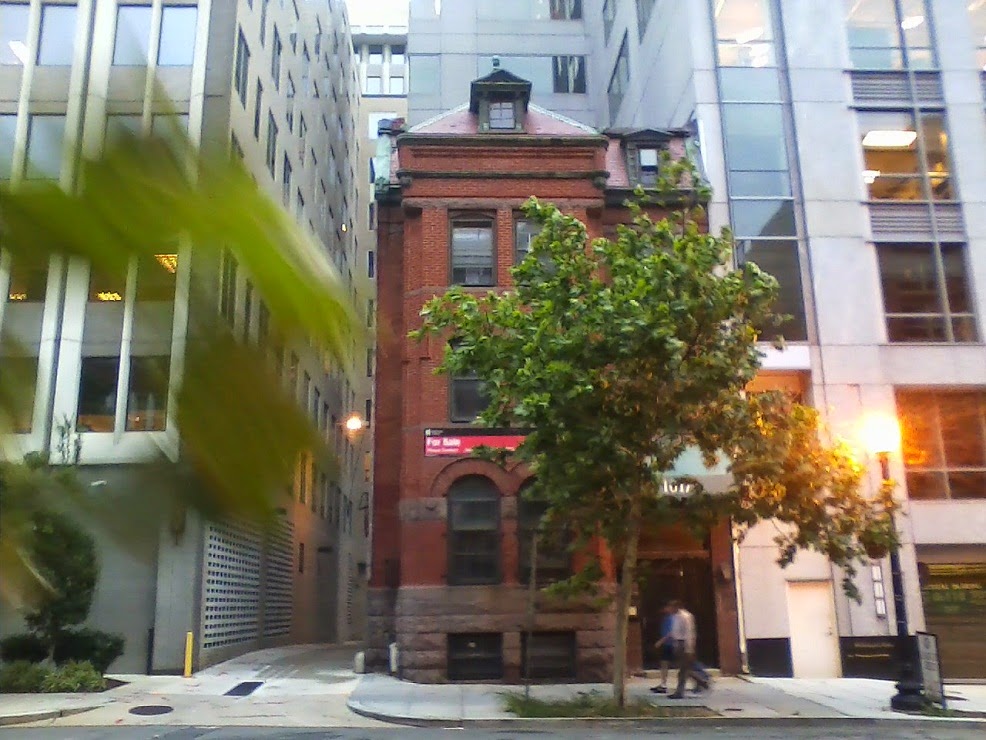 A picture of the Zion Building that I took on July 2, 2013, crouching between two larger, much more modern office buildings.
It is called the Zion Building because that is the (faded) name on the old building directory that features, among other strange and strangely named businesses that once where there, "Falcon Express" and something called "The Lojec Foundation," not to mention "UKWU & Associates." I posted some pictures of the building (including the above one) and its directory in this entry.
*******


As for tonight, I need to go to the gym after taking two nights off. I might update the blog when I get home. Alternatively, I might not update it until tomorrow (Friday) or Saturday.
OK, that's all for now.