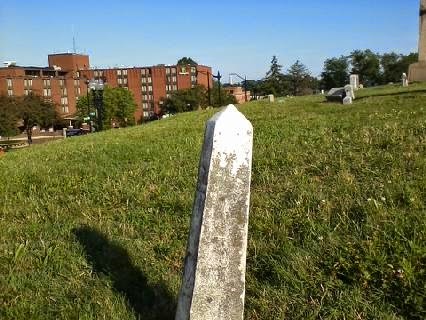 A very old and very faded headstone in the shape of an obelisk -- indeed, of the Washington Monument -- at the edge of seemingly ancient (well, 19th / early 20th Century) Holy Rood Cemetery, Washington, D.C., 6:00PM June 15, 2014.
If you look very closely, you will see a white splinter far in the distance visible just above this headstone and under a nearby street light. That IS the Washington Monument about 2 miles away. Obviously, whoever was buried here or his next-of-kin did this intentionally. The date is no longer readable on this headstone but there was a name, of a sort: "Paul E".
The obelisk itself looks as though it isn't too many years away from toppling over (the headstone, not the Washington Monument).
*******


I feel nauseous this morning. I have been basically sick with worry about what might happen both today and this week at work. If both the proposed additional work today and a contract due to be decided on Friday go wrong (i.e., result in no new billable work for me), then I will be transitioned to "hourly as needed" in my employment, which is actually worse than just being laid off since with the latter status, I could immediately collect unemployment. 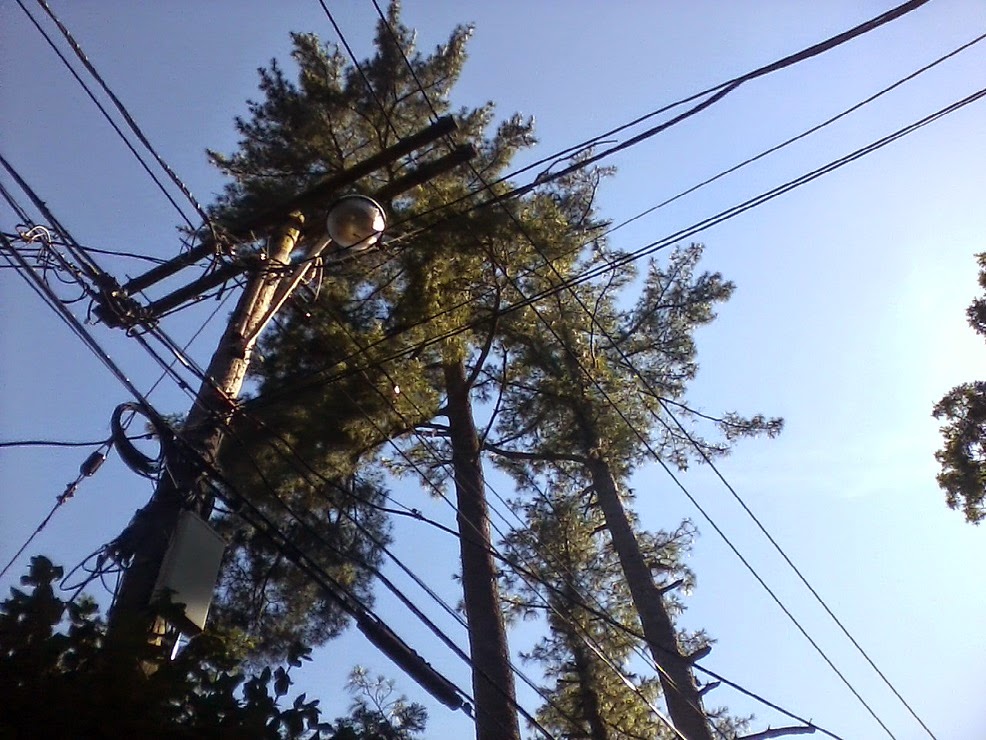 
I'll update the blog tonight one way or another. I still intend to go to the gym this evening.
Part of the reason I am not feeling so well is that yesterday afternoon into evening I took an 8+ mile walk whose route brought me past some absolutely lovely parts of D.C., including both super-wealthy upscale areas (e.g., Spring Valley and Georgetown), forested trails (Battery Kemble Park and Rock Creek Park), and -- more to the point -- on sun-flooded residential streets. I mention the latter point because I think my nighttime persona encountered too much of the June Sun yesterday.
As it is, I took about 20 pictures that I'd like to post. 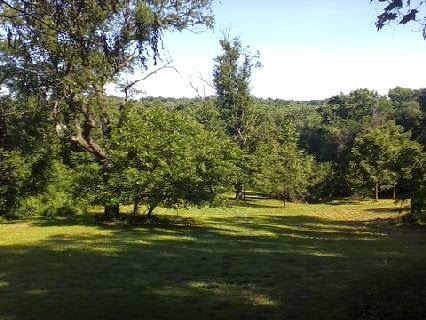 Looking across Battery Kemble from a hilltop rise, Washington, D.C., 4:56PM June 15, 2014. This park with its forested trails connects to Glover-Archbold Park and is part of the Rock Creek Park system.
*******


Thereafter, I met Wendy at No. 9 for two sets of the 2-1 drinks and then we walked up 14th Street and stopped first at Ted's Bulletin to buy some take-out dessert (I got a large cookie and she got a million dollar bar) and then at Amsterdam Falafel, where we each had a multi-topped falafel plus the dessert we bought and water. My falafel was fine, such as that kind of food is, but it failed to mix beautifully with my increasing anxiety and midnight panic attack.
Anyway, I'm up now and getting ready for work. Ironically, I might actually go into work early today (before 10AM). That never happens. (Recall I usually get in late and stay late.) 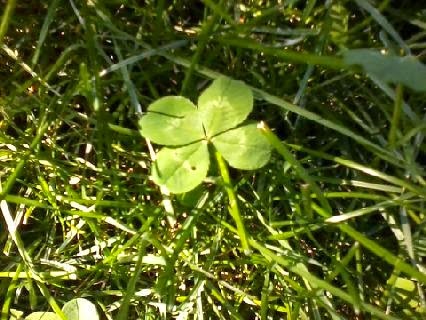 A four-leaf clover growing at the corner of W Street and 40th Place NW in Glover Park, Washington, D.C., 5:35PM June 15, 2014.
(The "place" names for some of the numbered streets are used in some spots in lieu of the "half" street designations you get in other locations in the District of Columbia. In this case, though, there seemed to be no 41st Street.)
*******


OK, that's all. Whatever the case, my plan is to post a new entry later tonight. My intention is to post the pictures I took in chronologically order -- including reposting the four I posted in this entry.
--Regulus
Posted by Regulus at 8:38 AM