"What's Going On?" - A Brief Midweek Blog Update / Explanation for Lack of Entries 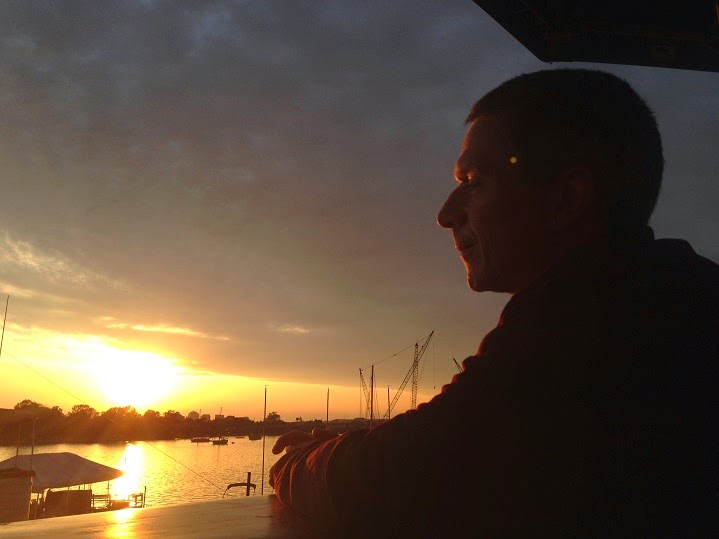 Yours truly at Cantina Marina looking across Washington Channel at sunset, May 20, 2014.
My friend Jake took the above picture. Actually, he took two photos (the other one wasn't quite so dark, but I opted to post this one.) That's the Washington Channel and East Potomac Park in the distance, both of which I discussed in my previous entry.
*******


Sorry for the lack of entries -- I'm rather backed-up on my entries and greatly time-constrained this week. Last night, I went again to Cantina Marina with AP and group -- which is where the four pictures posted in this entry were taken. (I was also there on Thursday night.) Oh, yes, there was a gay birthday party on the upstairs deck last night. 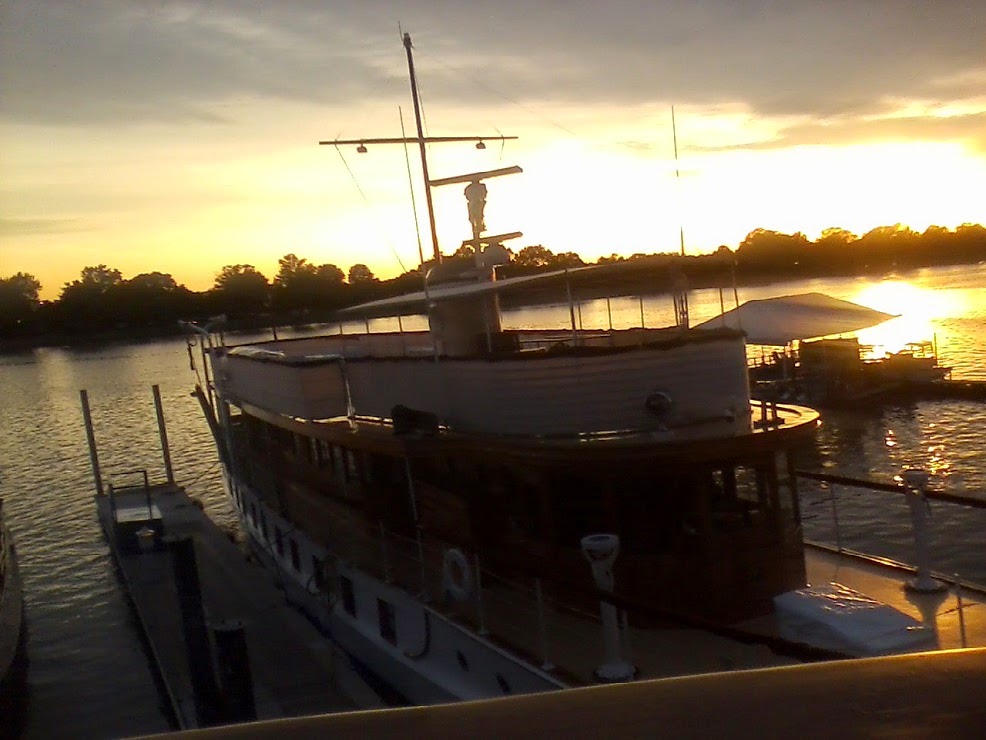 Docked boat at the Cantina Marina along the Washington Channel, SW Washington, D.C., 7:48PM May 20, 2014. In the near-distance, the trees in East Potomac Park are silhouetted by the setting Sun.
*******

As for tonight, I went to the gym (Anthony Bowen YMCA - had a good workout) and then stopped into the restaurant / bar Marvin for a quick drink. I quite liked the place -- the dim setting, the bar, the music (not awful), the crowd (mixed gay and/or young millennials). (The place is a Belgian bistro that is named for the late and missed Marvin Gaye.) 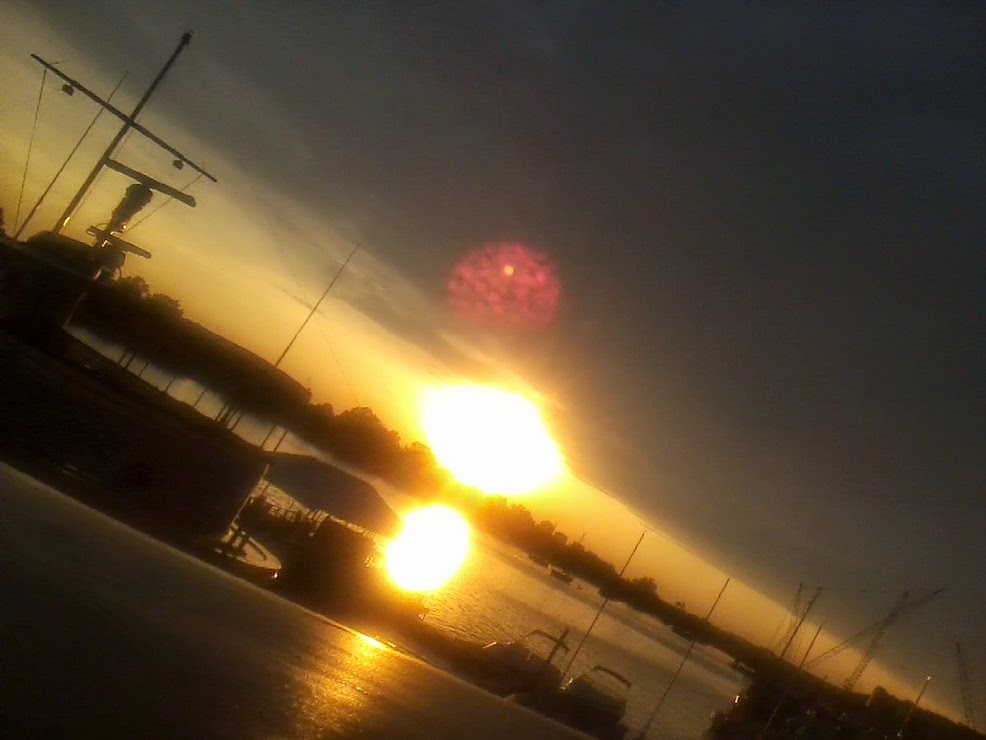 Sunset as seen from Cantina Marina in Southwest D.C. on the waterfront overlooking Washington Channel and the silhouetted trees in East Potomac Park, 7:51PM May 20, 2014.
Sorry for the red smear of light due to the intense sunlight shining into the camera lens.

I've walked by the place before (it's by the intersection of U Street on 14th Street NW), but it was always so crowded; not so tonight. (I walked the "long" way home instead of the shorter but night-sketchy way in the 1400 block of W Street NW). Oh, and the bartender (Brian?) was friendly and made me feel welcome. That pretty much never happens to me on my sundry "outings" in D.C. 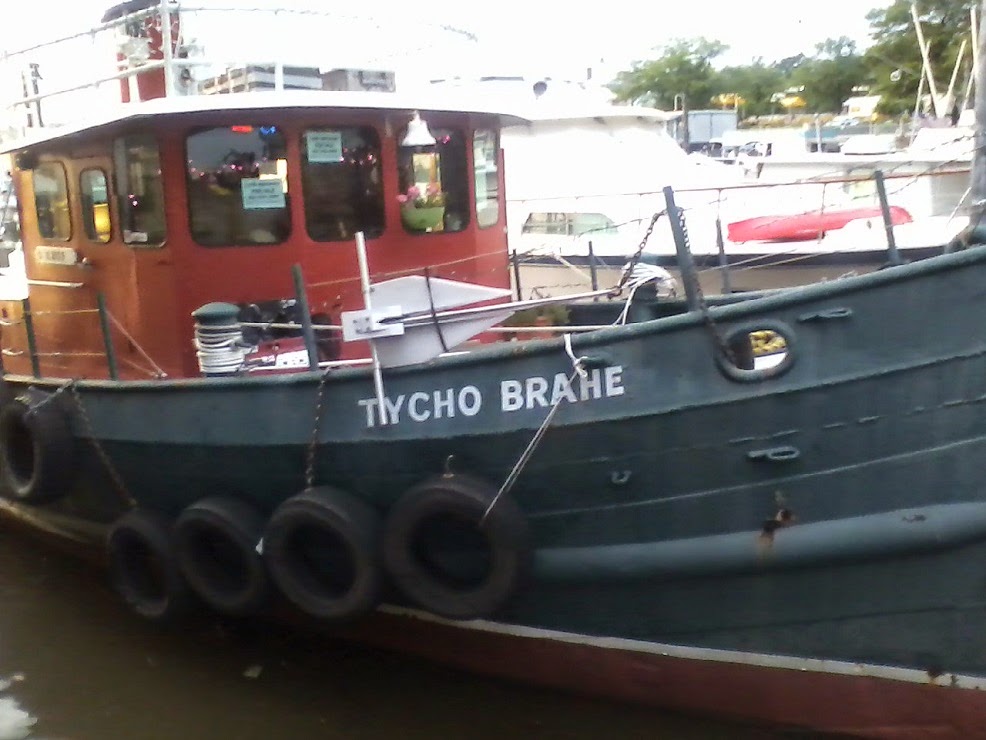 
OK, that's all for now. I'll try to update this blog tomorrow night, though I'm supposed to meet Jim at Larry's Lounge (he's in town from Milwaukee). LP may join us, too.
--Regulus
Posted by Regulus at 1:46 AM