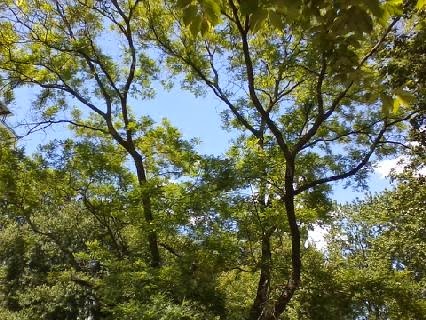 The leafy boughs of a locust tree and other nearby trees with a blue sky backdrop as seen on the tranquil grassy grounds of the sprawling Grosvenor Park complex in Rockville*, Md., 2:33PM May 25, 2014.
*Technically, it's not in the City of Rockville but the Post Office requires "Rockville" on the address and refuses to deliver to "North Bethesda.
*******


OK, so I was going to post my planned entry with my Memorial Day weekend pictures but instead I wrote the preceding entry on a news topical event that I thought important to note -- along with my commentary.
It is now much too late for me to try to post the planned entry. In addition, I may have to work into the wee hours at home tomorrow (after the gym) to finish the last of my BA reports (owing to a funding cutoff deadline of June 1st).
As for today, I went to the gym after work and had a full workout. As I got out of the pool, the young lifeguard asked me if I was interested in taking swimming lessons there at the YMCA. I thought to myself: I thought I WAS swimming. As it is, the swimming is meant to be a cool-down after jogging and weightlifting. 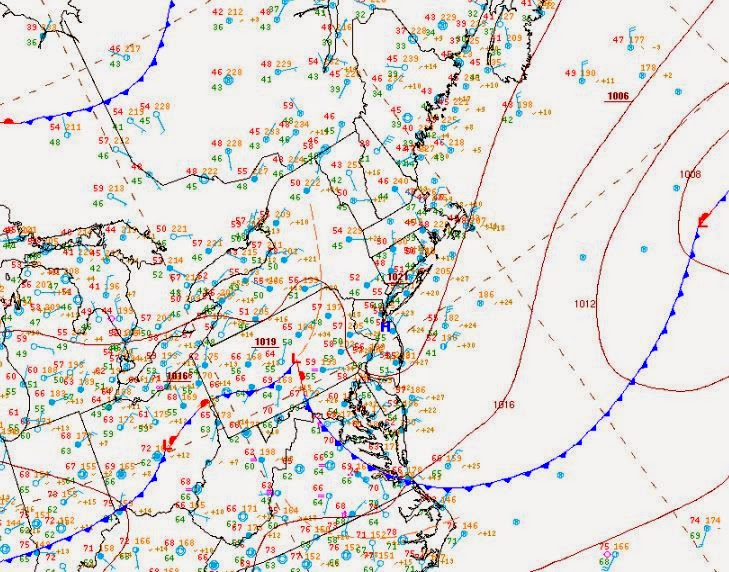 A portion of the NWS high-resolution surface weather map valid at 3Z May 29, 2014 (11PM EDT May 28, 2014) showing New England, the mid-Atlantic, and portions of the Ohio River Valley and Midwest. Note the backdoor front moving west across northern Virginia -- having cleared the immediate Metro D.C. area.
*******


By the time I left the gym, the summery heat and humidity of the day (high of 88F at KDCA with dew points in the mid-to-upper 60s F) with scattered showers / t-storms had abruptly and delightfully given way to the best kind of air conditioning: a cool easterly breeze under low ("close") overcast skies and temps down 25F to about 65F on a maritime flow -- all courtesy of a backdoor front that transited the Metro D.C. and Baltimore areas this evening. Alas, it won't last too long, though this Thursday should be cool and possibly showery with the main frontal passage.
Oh, yes, the rain yesterday (Tuesday) dropped 0.91 inches at KDCA and less at the other climate stations. Today (Wednesday) it was Dulles' turn to get the jackpot in a scattered t-storm (0.81 inches). I'll post an update soon on current precipitation totals (all three airports are running significantly ahead of normal this year, approximately 6.4 to 7.7 inches above in the 22 to 24 inch range). 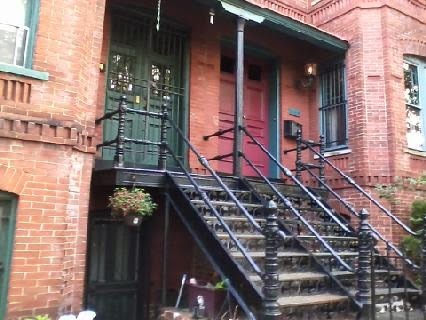 
Finally, in case you were wondering based on this entry (and you weren't), my dinner plans OF COURSE did not pan out yesterday (Tuesday). I still had solo dinner at Old Ebbitt Grill, though, and then had what seemed like an interminable walk up 16th Street to U Street to my place. The only thing I will add about it is the following: That was THE LAST time I will ever try to arrange something like that with the person in question. 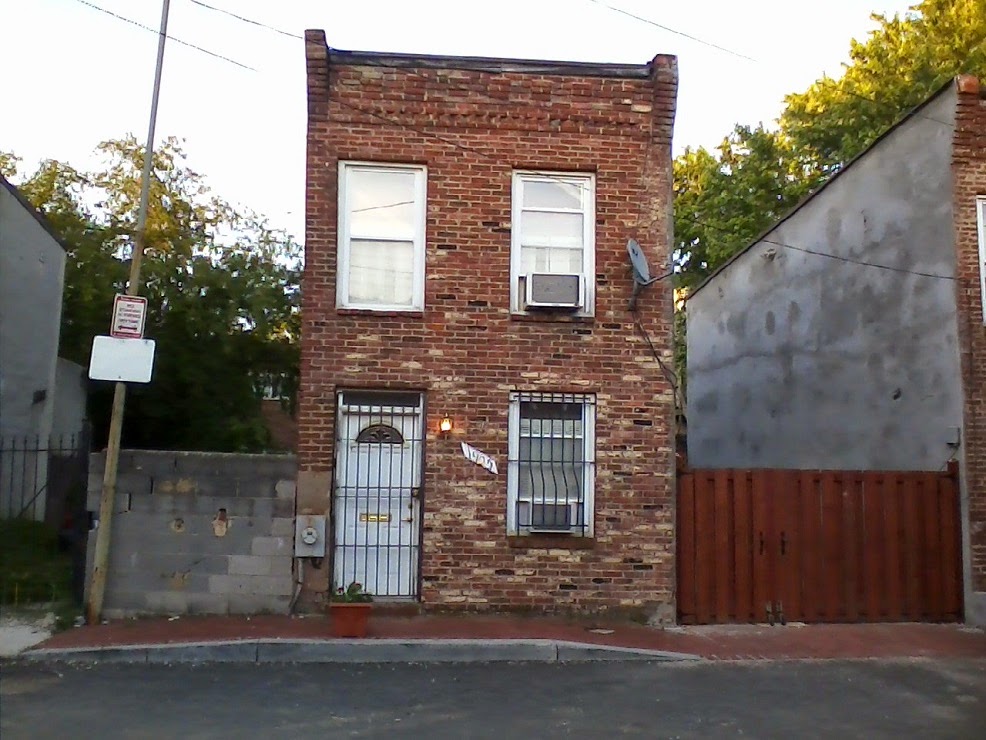 
So I think that's about all -- OH, WAIT! How could I forget to mention this: My shotgun-bride Sallie Mae -- to which I am almost certainly forever married in this life -- APPROVED my "mandatory forbearance due to excessive student loan debt" for another 12 months on my gargantuan twin consolidated Direct student loans that it services. (This is because my repayment under a standard repayment plan is (well) in excess of 20 percent of my gross monthly income.) 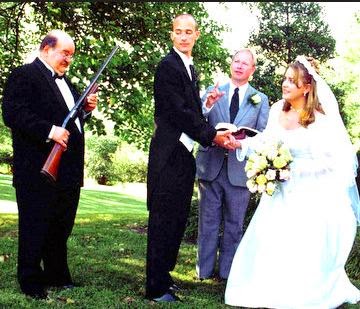 This is the start of my second (for want of a better term) "option year" on this feature. I SHOULD have a third year remaining and ONE remaining year of general forbearance. All of this would take me, in theory, to June 2017 (at which point I really will have to start to pay, though under the income-based repayment option, unless I magically got a job that allowed me to utilize the public service option). Anyway, at minimum, I'm good for another year. 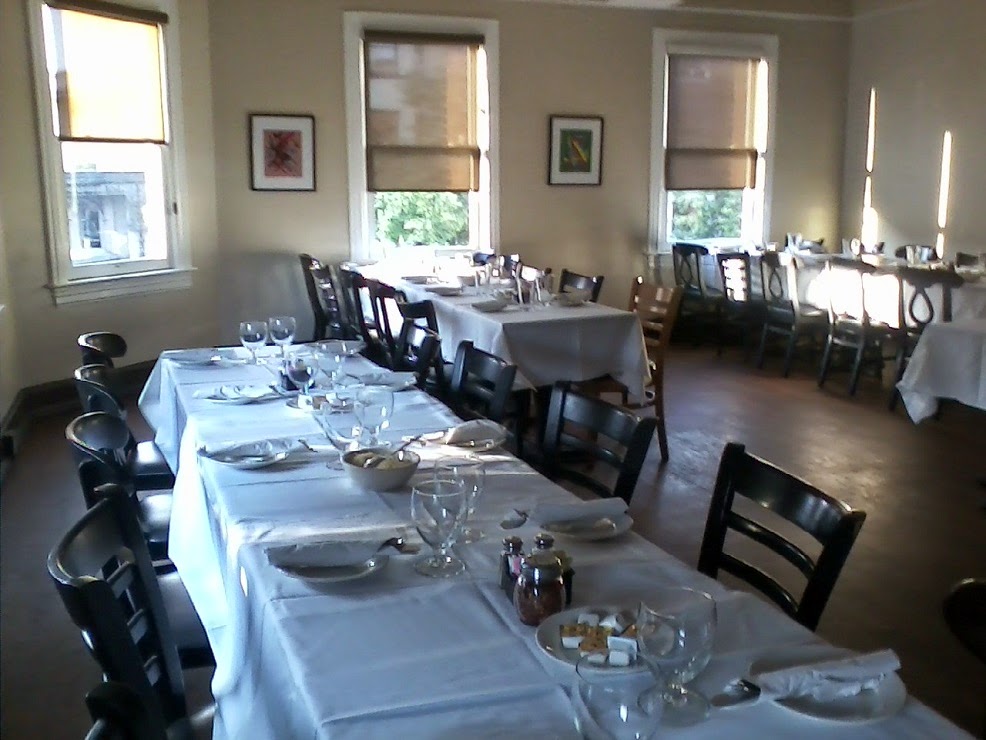 The little-used upstairs dining room at Dupont Italian Kitchen, Washington, D.C., 7:20PM May 25, 2014. This little room is probably one of the most underused yet highly valuable pieces of real estate in the 17th Street yuppie gay ghetto (now "gentrifying" to straight yuppie). It overlooks the corner of R and 17 Streets NW.
*******


I'm going to bed now. Tomorrow should be a regular work day -- and I'll find out whether that new long-term task is going to come to pass or not. I'm rather ambivalent on it except for the fact that I need billable work to carry me through at least part of the summer.
And with that, I really will sign off. Again, an update tomorrow night might not happen owing a report I need to finish. My next update might not be until Saturday.
--Regulus
Posted by Regulus at 3:00 AM