"Hyde Park" (the "Ah, Oooh Song") by Jeff Kashiwa from his"Another Door Opens" release (2000)
I am reposting this lovely song (described in this review as "brassy, swaying retro-funk-flavored") and wonderful video after having posted it here back in March 2013. As I noted then, the video features stunning aerial flyover images that make it worth it despite the annoying writing on the screen including the announcement "SmoothzJazz - High Quality HD video and sound" that never goes away. But the stunning aerial flyover images still make it worthwhile.
********


I would like to post an update about my recent outside-of-work doings but I didn't get a chance to do so because I instead I posted this entry a short while ago. 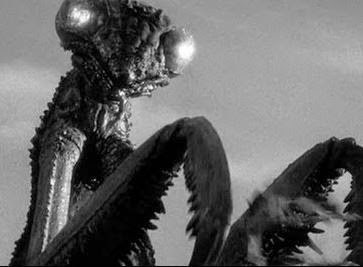 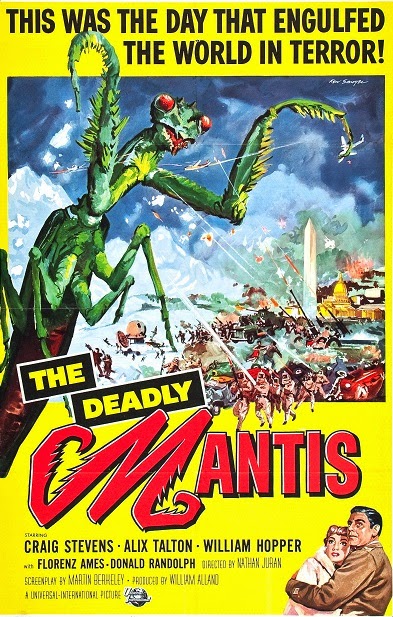 As a follow-up to that entry with its excerpted review of the new Godzilla movie, I would like to note that tonight's Svengoolie-hosted monster movie is the 1957 film The Deadly Mantis (see image at left & above). As I write this, it isn't yet at the part where the creature climbs up the Washington Monument.

Left: The film release poster for the movie "The Deadly Mantis."


I will say that I had a good gym workout today that included TWO gyms -- my regular Anthony Bowen YMCA where I jogged on the treadmill and did some weightlifting and then to the National Capital YMCA where I had a good 40 minute swim in the pool. As for tonight, eh, I don't know what I'm going to do. I would like to get dinner -- either Eatonville or Old Ebbitt Grill.
And let's end with an upbeat and pleasant Madonna piece ...
"Borderline" by Madonna from her eponymously-named release "Madonna" (1983*)
I think I like Madonna of the early to mid 1980s best.


OK, that's all for now. My intention is to update the blog again tomorrow.
--Regulus
Posted by Regulus at 11:16 PM