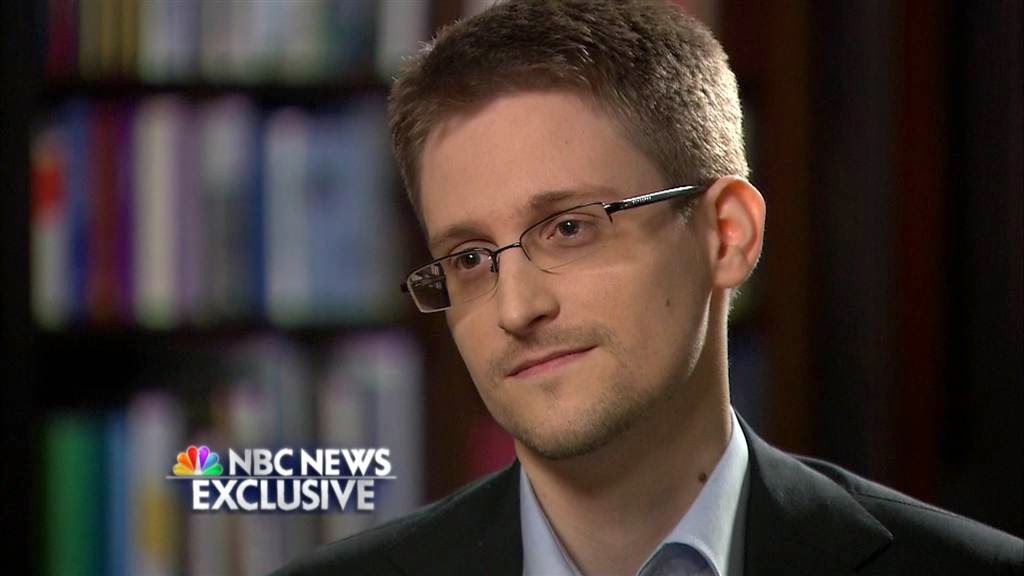 The big news today (tonight) is the airing of Edward J. Snowden extended interview by Brian Williams -- obscenely-hyped by that ridiculous network -- although NBC News pre-released a transcript.
The biggest "news" in the interview is that Snowden contradicted U.S. Government claims that he was not a spy; he said he was very much a spy in the traditional sense of that word in addition to his "low-level" analyst surveillance work for NSA. 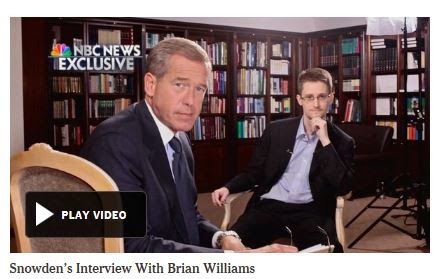 Brian Williams is comically annoying.
The U.S. Government continues its mad-dog frenzied verbal campaign against him with Secretary of State John Kerry blowing some back-side smoke about how he should "man up" and return to the U.S. in order to be tried under our majestic and blind system of justice by some secret military hooded tribunal, found guilty in 10 minutes, and packed away in some 6-by-8-foot steel cage for the rest of his life and subjected to God-knows-what by the American authorities. (Maybe they would even declare him an "enemy combatant" to make it take 5 minutes.)
To be clear, Snowden has been charged under the Espionage Act and all bets are off about any "whistleblower" protections in the forms of the many putative reforms that his revelations have initiated. 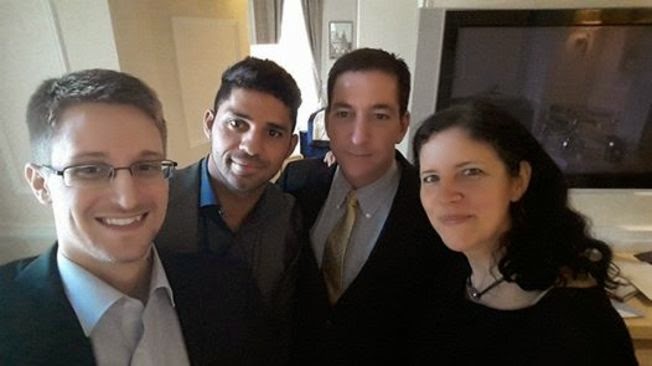 A picture of Edward Snowden with Glenn Greenwald and Laura Poitras as well as Greenwald's partner David Miranda. The photo is undated but probably in the past few months and somewhere in Moscow.
*******

Those revelations -- via Glenn Greenwald and Laura Poitras -- are that the U.S. Government spies on EVERYTHING and EVERYONE that moves upon Planet Earth from the top of Mount Everest to the bottom of Challenger Deep via ALL FORMS of communications AT ALL TIMES. It's only the absurd size of the data streams that render it less-than-useful. 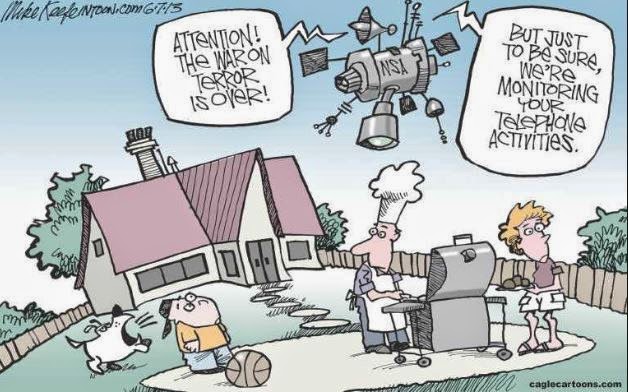 Without getting into any of that, let me just say that if Snowden is forced to return to the U.S. at some point, he would be better off in some execution-happy Red State such as "Bloody Mary's" Oklahoma or in Rick Perry's "Big Boom" Texas. 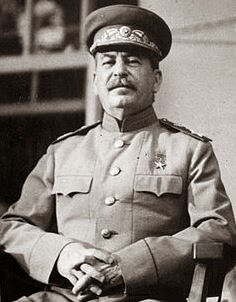 This would be in keeping with the old Stalin era morbid joke about Comrade Stalin asking three people atop a building to jump to their deaths, but only one of them -- the Jew -- runs to do it. At this point, Stalin stops him and asks why he of the three was so eager, to which he replies, "better a horrible end than endless horror."


In those Red State cases, Snowden would be executed in some horror chamber experiment involving God-knows-what-drugs that the state correctional authorities bought off the black market (with some low-level guard carrying bags of money under cover of darkness behind the Walmart to rendezvous with an unmarked van for the "pick up") because all sane and humane suppliers of the necessary cocktail of drugs for legal injection refuse to be part of such barbarism.
Of course, none of that is going to happen. This is a Federal case. And the Feds want him like crazy. Bradley / Chelsea Manning was just a weird warm up drag act compared to this case.
Maybe Benji Wittes can explain the legal nuances of the case. Actually, I am sure he already has but I couldn't care less what that Washington Consensus legal tool says. (He must be very upset that Greenwald hasn't been arrested on his return to the U.S. You see, Greenwald has said mean things about Benji Wittes and he never got over it.) 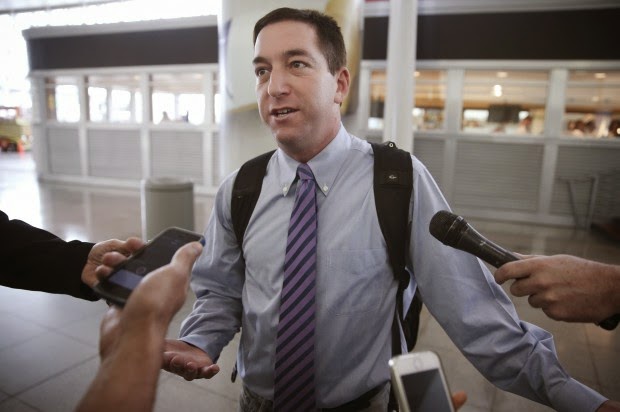 Glenn Greenwald arriving at JFK International Airport -- mobbed by reporters -- on April 11, 2014 in his first return trip to the United States since the Snowden affair began. Greenwald was unmolested by U.S. authorities in that trip (unlike Miranda's trip through Heathrow in London under the UK's everyone-is-assumed guilty espionage laws).
*******


Anyway, in the interview, Snowden said he would love to return to the U.S. but cannot -- and will seek an extension of his asylum in Russia beyond August 1st -- until the programs he revealed are reformed. (Good luck with that -- the country is far too down the road of corporate oligarchical overclass / wage-slave service sector underclass for that). In this way, Snowden views himself as a patriot.

Snowden said to Williams: "The reality is, the situation determined that this needed to be told to the public. The Constitution of the United States had been violated on a massive scale. Now, had that not happened, had the government not gone too far and overreached, we wouldn't be in a situation where whistleblowers were necessary." 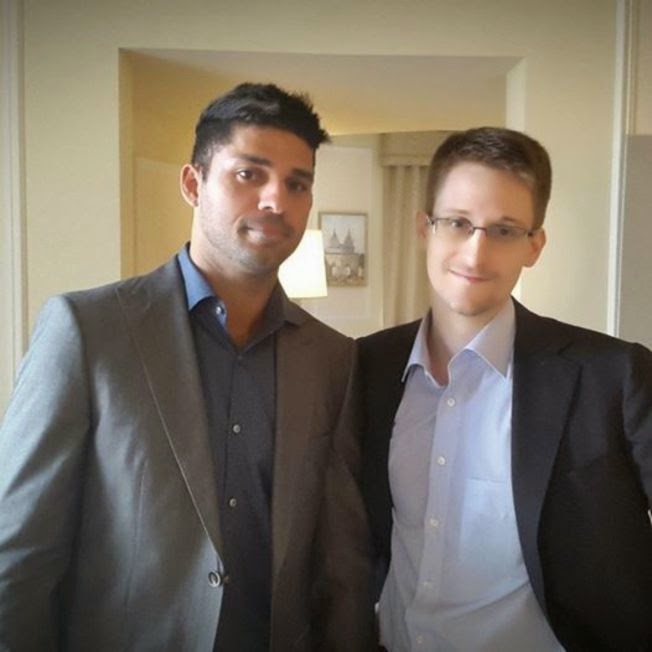 Greenwald's partner David Miranda and Edward Snowden in an undated photo earlier this year on the same trip to Moscow with Greenwald and Poitras. (Is it me or does Miranda looks a little like a Brazilian version of MV??)
*******


On that question of "traitor" versus "patriot," I refer you to what Andrew Leonard wrote in Salon: Namely, it is possible for Snowden to be both both simultaneously even if most Americans are too dumb to grasp that complexity: 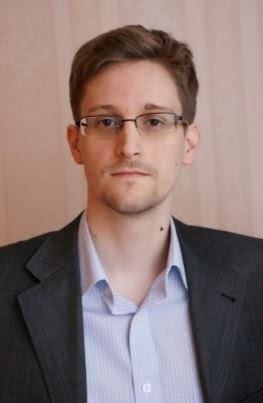 "Americans have never been particularly good at embracing contradictions and complexity. The notion that Edward Snowden could simultaneously be a traitor and a patriot disappoints and bewilders our primal Manichaean impulses..."

Well said. And quite true.