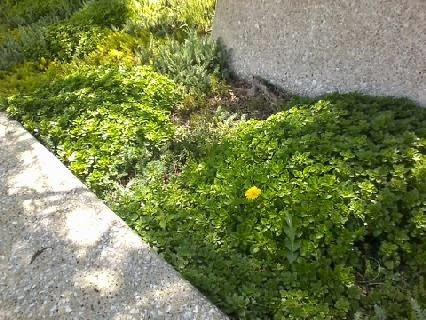 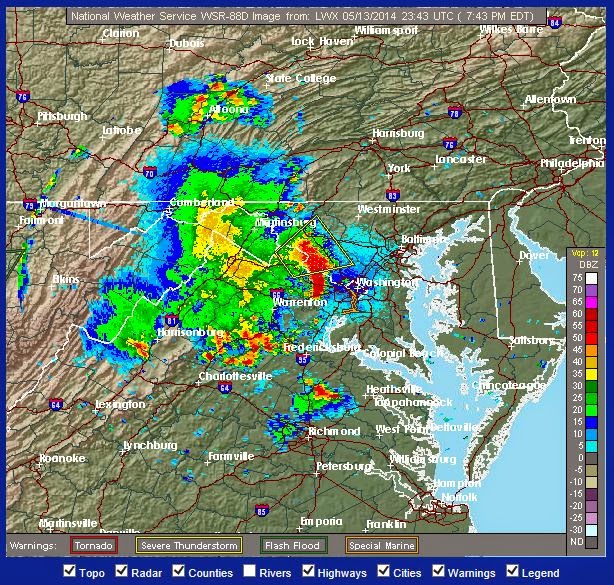 
In the evening, thunderstorms formed over the northern Virginia piedmont and produced a distinctive outflow boundary that created a new cluster of storms just west of the District by 8PM. HOWEVER, a "backdoor cold front" -- an oxymoronic name, I suppose, -- rolled (oozed) in off the Atlantic Ocean off the New Jersey coast from the northeast and basically held / stopped the storms. That front was associated with a maritime polar (mP) airmass off the mid-Atlantic coast and associated high pressure ridging to the southwest (see weather map directly below). 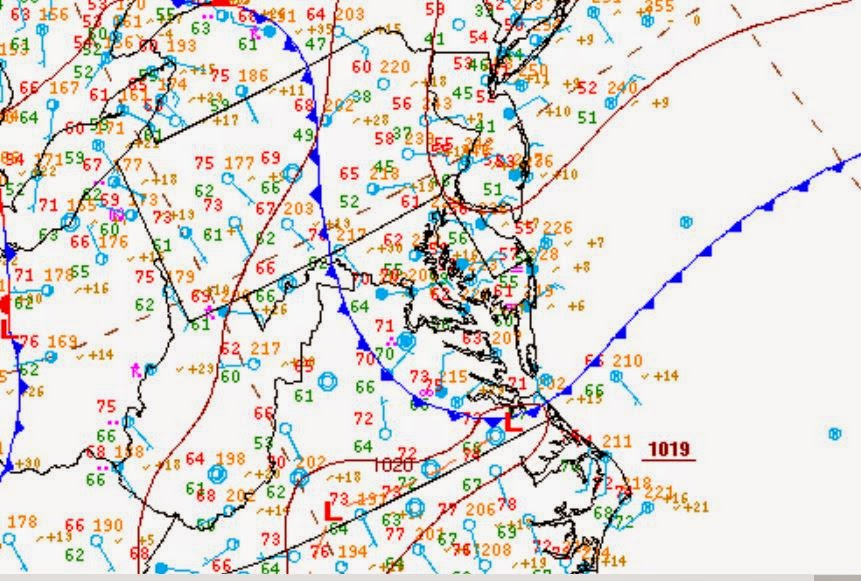 
While my dinner plans with a certain bartender at Old Ebbitt Grill got cancelled -- yet again -- I went to Trio where I met Kristof and his Polish / Swiss friend M. (whose name I can't write out here because I can't pronounce or spell but who is a urologist in Switzerland). Dinner was fine but the waitress had a bad disposition and she simply ignored me with not even a thank you even after I left her what amounted to a nearly 30 percent tip.  with no manners or courtesy. (There are other wait staff there that I like but this woman, who often waits on the outdoor area, just has a bad attitude.) Well, I GUARANTEE that the next time I see her, I won't leave even a 15 percent tip.

Oh, and the new interior design has this weir deep orange lighting and the whole kitschy mid-1980s "retro" vibe is gone. I don't like it. 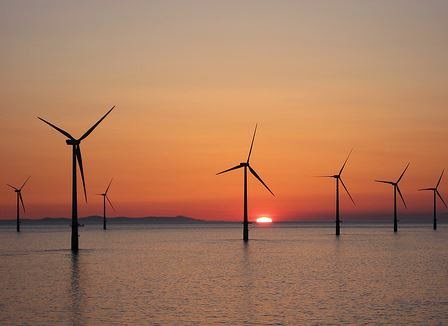 Thereafter, we went to Larry's Lounge where I had a lengthy, complicated time including a wonderful conversation with Bill M. and a nice chat with Gunther.
By the time I walked home, it was a breezy and cool with stratus clouds rolling in from the east/southeast with a wan glow off the low overcast in a "soft city" night. 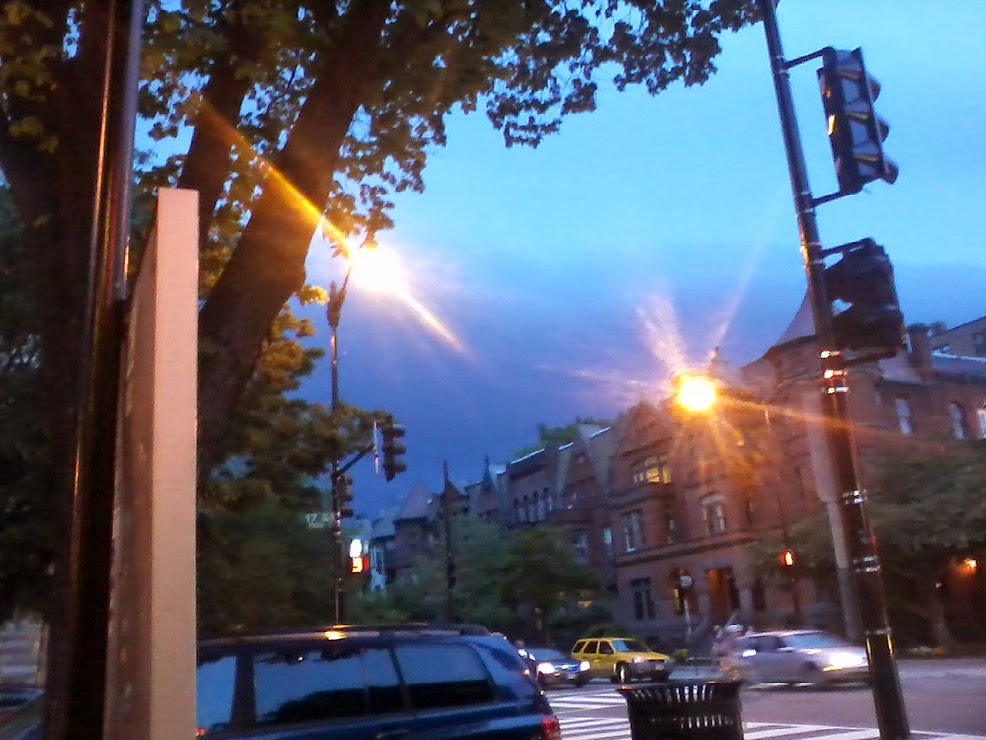 
So tomorrow I have an important lunch date that COULD involve an onsite position at HQ (rather than next door) and work involving offshore wind turbine (i.e., wind-farm)-related development efforts that would allow me to use my meteorology. At this point, I just don't know how it will go. 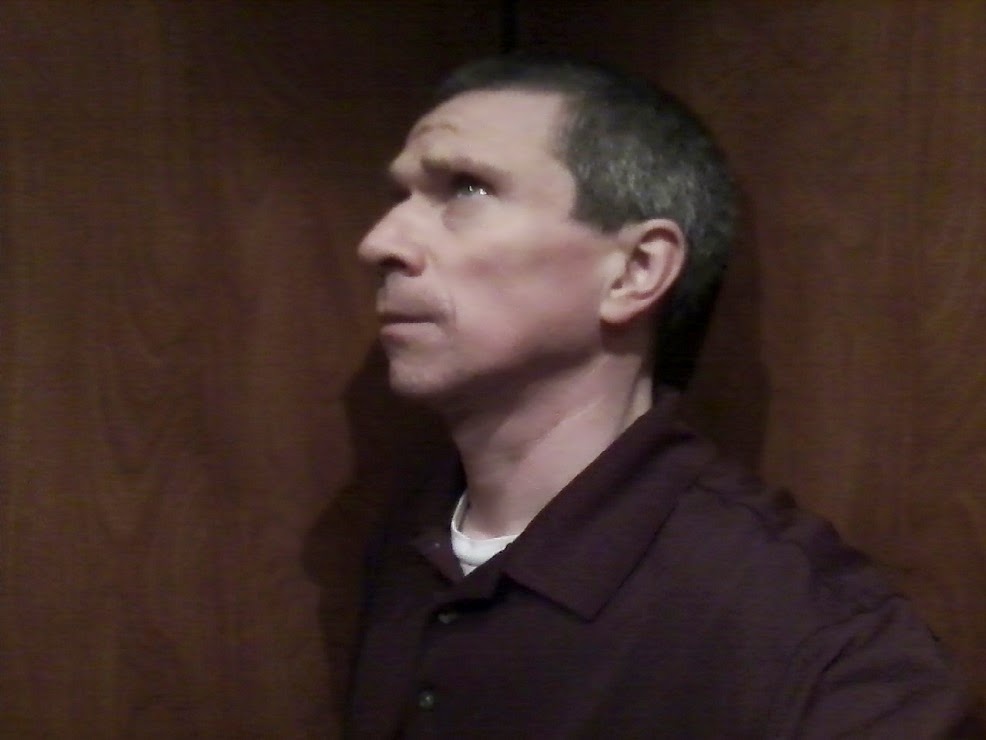