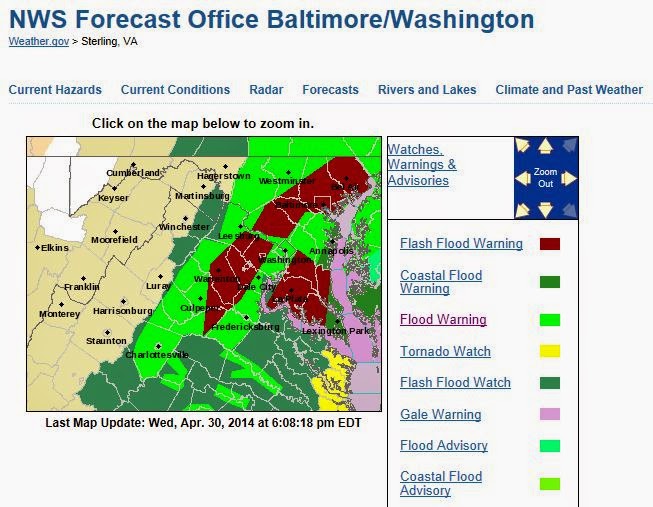 
This is a quick update at the end of my workday (timesheet already submitted for pay period) to note the heavy rain that continues to fall over the Washington, D.C., and Baltimore metro areas this evening following a monsoon-y rainy day. I intend to have a full update with daily and storm totals later tonight after I get back from the gym. 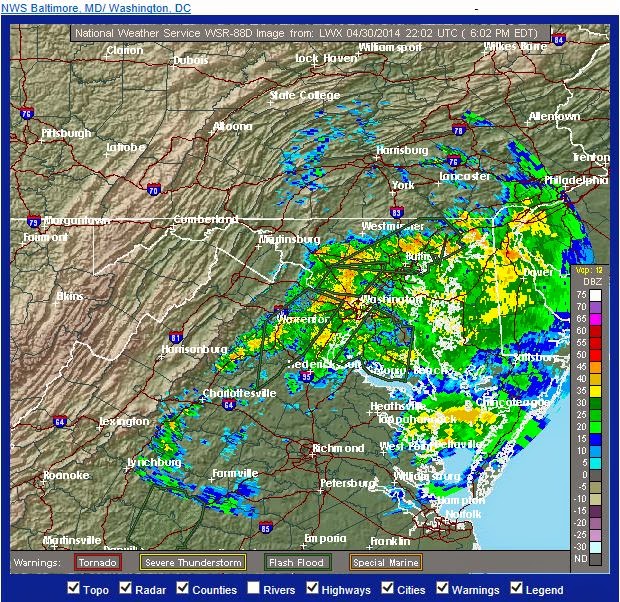 The LWX NWS radar in enhanced base mode reflectivity at 6:02PM April 30, 2014.
In this case, the enclosed dark green shapes indicate areas under a flash flood warning.
*******

I also will note the fantastic amounts of rain that fell yesterday along parts of the Gulf coast, in particular the western Florida panhandle and Mobile Bay area. Pensacola had at least 11" of rain and other places had 24+ inches. 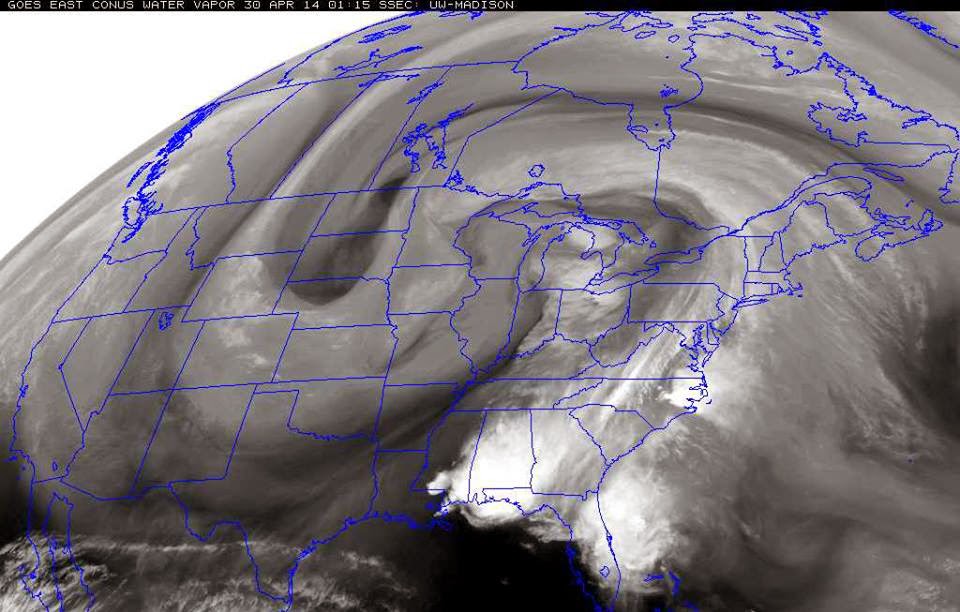 GOES East satellite image at 0150UTC (9:50PM EDT) April 30 (29th), 2014 showing the dramatic, many thousands of miles long "S" shape clouds associated with of the cut-off low and its attendant fronts with a strong feed of tropical moisture focused on the Florida panhandle and Alabama.
This followed two days of tornadic storms that killed at least 35 people across at least a half dozen states in the lower Mississippi River valley and the Deep South.
*******


This was all part of a massive cut-off low pressure system now spiraling slowly toward Lake Superior with spokes of vorticity rotating through the broad cyclonic circulation and a powerful plume of tropical moisture -- one of which focused on the Florida panhandle and another on the mid-Atlantic. There is a warm front that may push through the D.C. Metro area this evening which would open up the possibility of thunderstorms. 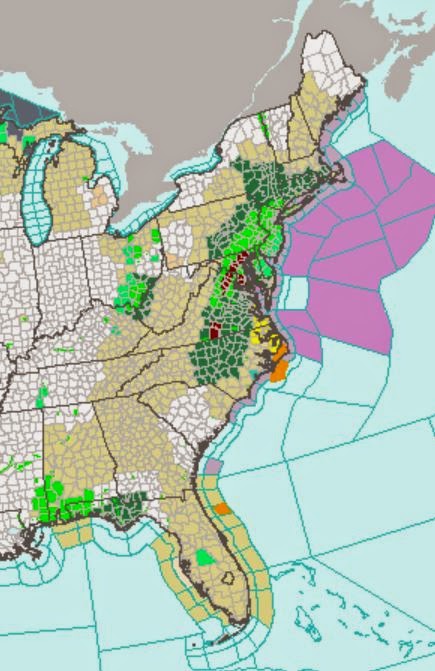 Through 5PM today, the following rainfall amounts have been reported at the four regional civilian climate stations for today along with storm totals for past three days. 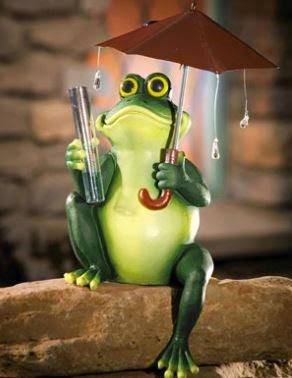 
*KDMH is the station identifier of the Maryland Science Center at the Inner Harbor, Baltimore, Md.
OK, now I need to head home. This requires wrapping the computer in multiple layers of plastic bags and putting it in my book bag. I intend to go to the gym (an intermittent migraine headache I have notwithstanding).
Again, I'll try to have an entry posted no later than 2AM.
-Regulus
Posted by Regulus at 6:46 PM