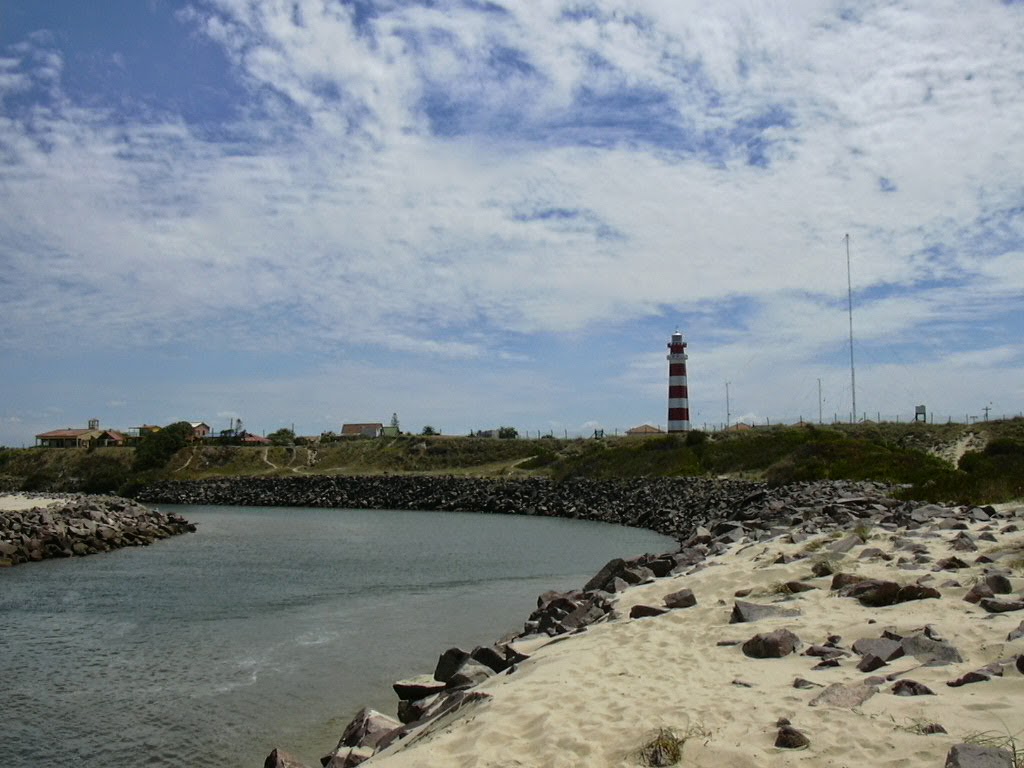 The Lighthouse of Barra do Chuí at the mouth of the stream known as the Arroio Chuí (in Portguese) or Arroyo Chuy (in Spanish) along the Brazilian / Uruguayan border as seen in March 2005. I just can't tell if this is looking "upriver" or "downriver" but in either case, the Atlantic Ocean is very nearby. The border itself seems almost unmarked, to say nothing of being unguarded.
*******


The pictures in this entry have nothing to do with the brief content except they are part of my geographical extremities interest -- in this case, the southernmost point of Brazil on the Atlantic coastline -- and my general interest in both the South Atlantic coastline of South America and the country of Uruguay in particular with its amazing president. Oh, and the images all come from Wikipedia pages. 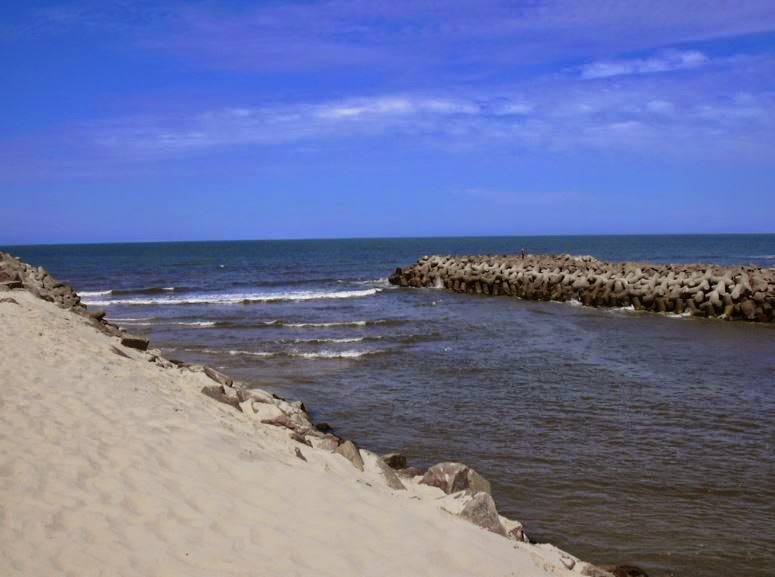 The actual mouth of the Arroio Chuí / Arroyo Chuy at the Atlantic Ocean marking the boundary of Brazil (on the left) and Uruguay (on the right) as seen in March 2005 (a late summer day in the Southern Hemisphere).
*******


Well, it's really much too late to start a blog entry tonight. There were a number of things I wanted to write about as well as post some rainy evening pictures I took yesterday (Sunday) at gloomy dusk. However, as I said, it is much too late. 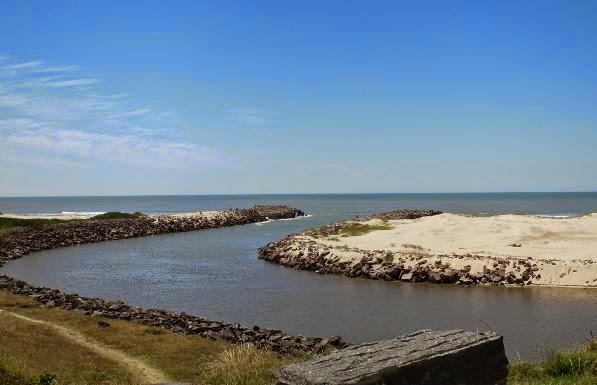 Another image of the mouth of the small Arroio Chuí / Arroyo Chuy as it empties into the Atlantic Ocean at the border of Brazil (left) and Uruguay (right).
*******


I had a good gym workout both last night and tonight. Last night, I also had a pleasant time out at Nellie's and later at Larry's Lounge. 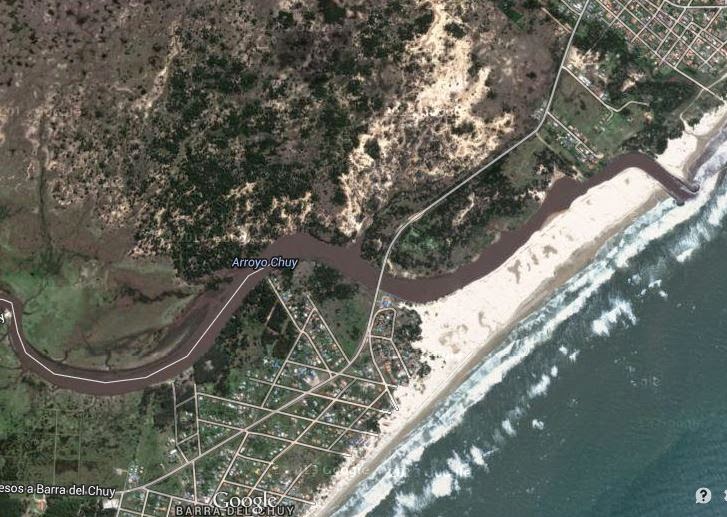 Google aerial map in satellite view showing the Arroio Chuí / Arroyo Chuy as it wends its way to the Atlantic Ocean. The actual geographic southernmost point of Brazil is located a short distance (a kilometer or so) upstream at a "smiley face" bend visible in this image on the left.
Even farther upstream by about 8 kilometers is the border town of Chuy / Chuí that lies partly in Uruguay (Rocha_Department) and partly in Brazil (State of Rio Grande do Sul). The open border at that point is on land and it neatly bisects the town.
******* 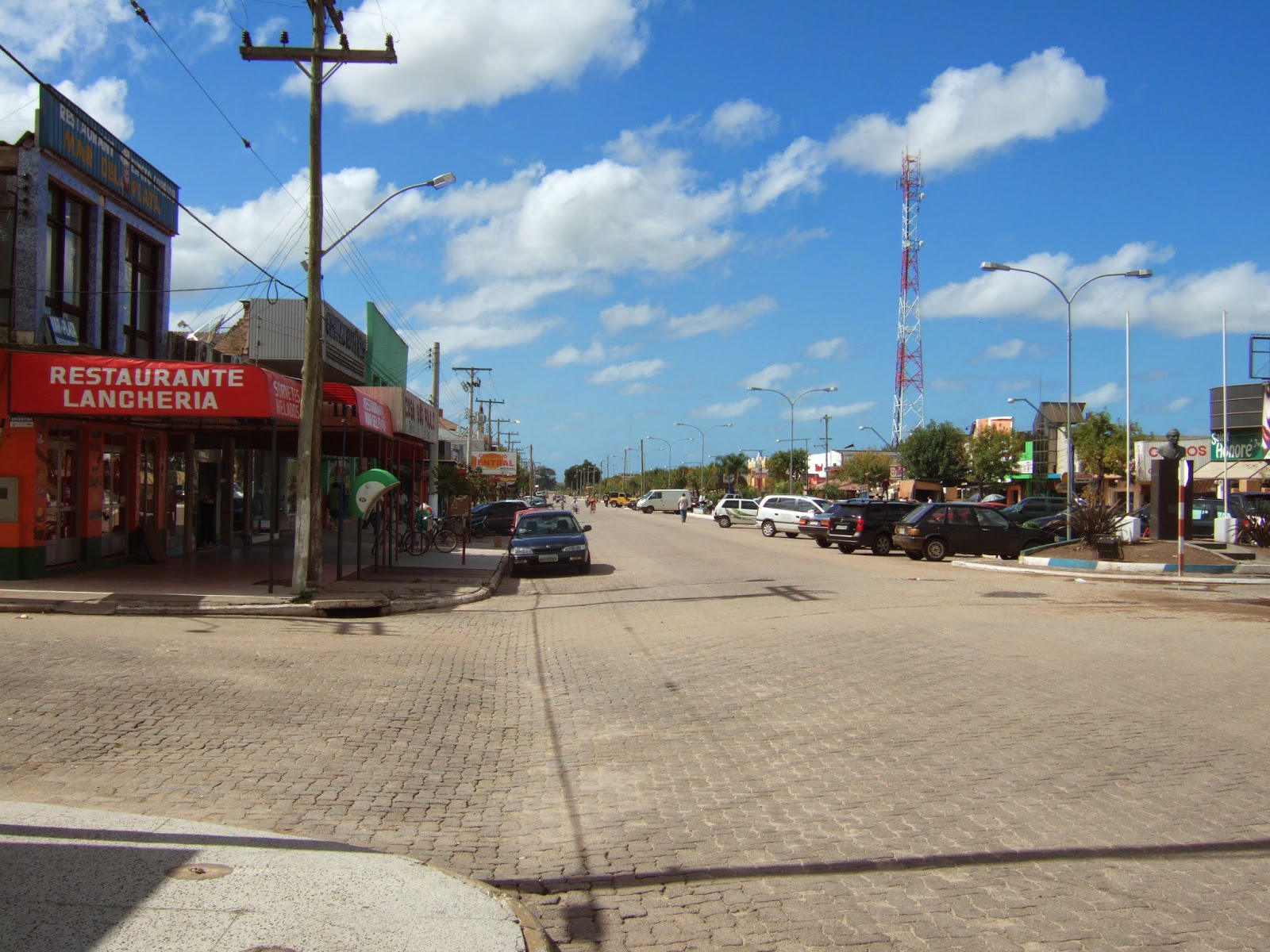 Chuy / Chuí looking along the Avenida Brasil with Uruguay on the left and Brazil on the right. According to Wikipedia, a census-counted 9,675 people live on the Uruguayan side (2011) and an estimated 6,605 on the Brazilian side (2006).
It looks like a nice little beach town, or near beach town. And it's hardly Third World impoverished.
*******


Tomorrow (or rather, later today) is the D.C. primary, so I need to vote in the morning before I go to work. I'm not sure if I'm going to be able to post an entry tomorrow night. It may very well not be until at least late Wednesday night (i.e., after midnight Thursday). I'm not going to the gym tomorrow or Wednesday night but instead either to a happy hour or (if I can convince somebody) to dinner. 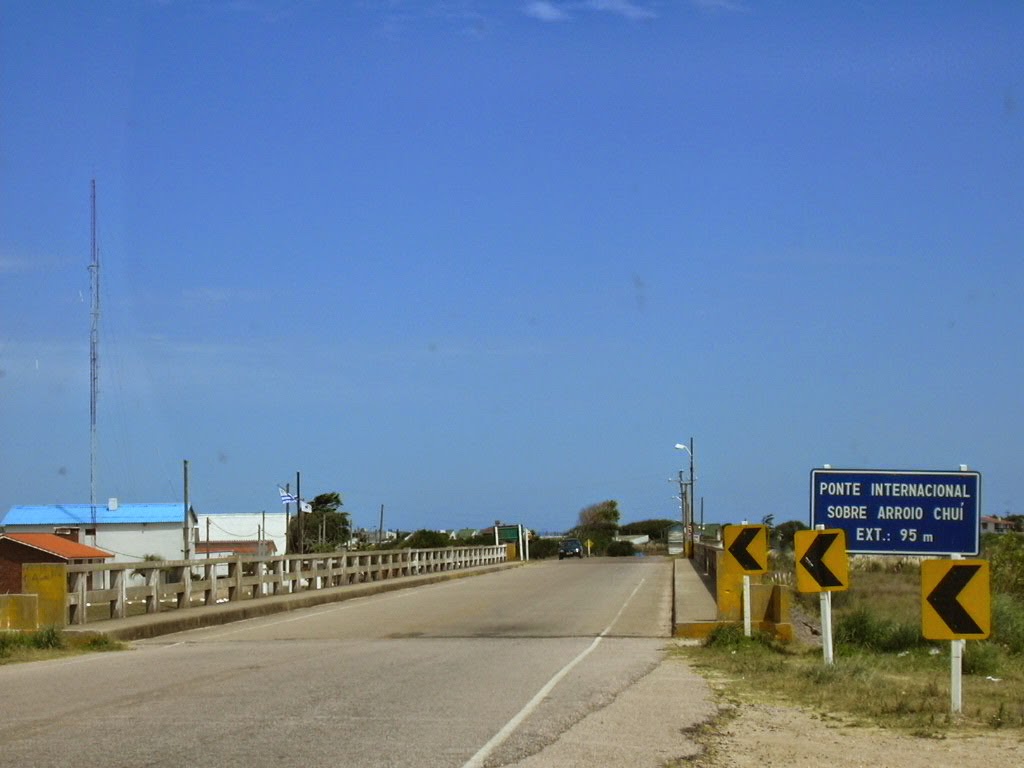 Bridge over the Arroio Chuí / Arroyo Chuy on the Brazilian - Uruguayan border as seen in March 2005 on what looks like a late, warm summer's day. When I first saw this picture, I had a sense of being by the Jersey shore on a similar summer day in late August or early September, except in a very different reality. (Yes, I realize the climate here is sub-tropical and doesn't get nearly as cold as in New Jersey -- it's probably more like Charleston, S.C.)
******* 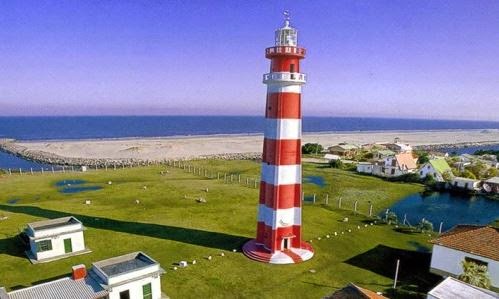