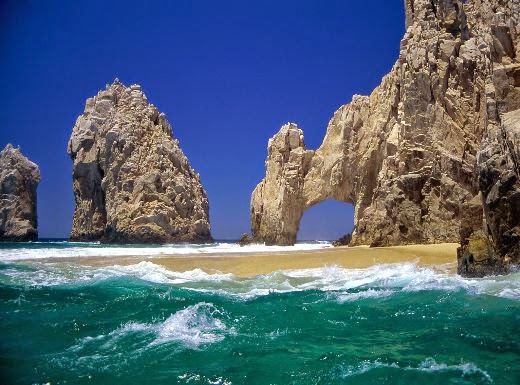 The stunning rock formation known as El Arco de Cabo San Lucas -- also called Lands End -- in Cabo San Lucas a the tip of the Baja Peninsula, Mexico with the deep aquamarine blue / emerald green waters that mark the meeting point of the Pacific Ocean and the Sea of Cortez.
*******


OK, I was going to update the blog tonight with a new entry -- political-themed and with some pictures I took since Sunday evening. However, I updated my previous entry on the D.C. Democratic mayoral primary results (I am sort of interested in the outcome and what it shows about the city in the present era).
I also went to the gym earlier tonight -- first time since Monday -- after my dinner plans fell through. However, I'll hold off on discussing that since there is a very good reason for why this happened.
It is already nearly 2AM, and I just have to go to bed as I want to get to the office at a decent hour tomorrow. In addition, I have a fair amount of work to do on the Hawaii project. The mega-report should be going public soon! Right now, I'm just watching late night TV (GG reruns). 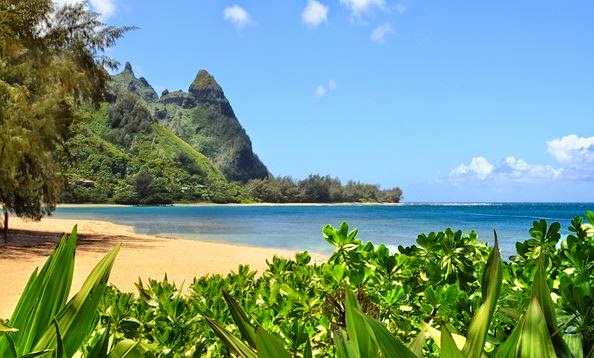 The stunning tropical beauty of Kauai along one of its beaches that fringe the Pacific Ocean, the gargantuan extent of which one realizes by considering that this sea stretches for thousands of miles in every direction around the Hawaiian Islands.
*******


OK, that's all for now. I intend to update the blog over the weekend.
--Regulus