Thoughts on the 2014 Politics of Obamacare with Chait & Krugman Good Reads; And Other Stuff (Including Complimentary Mega-Tsunami) 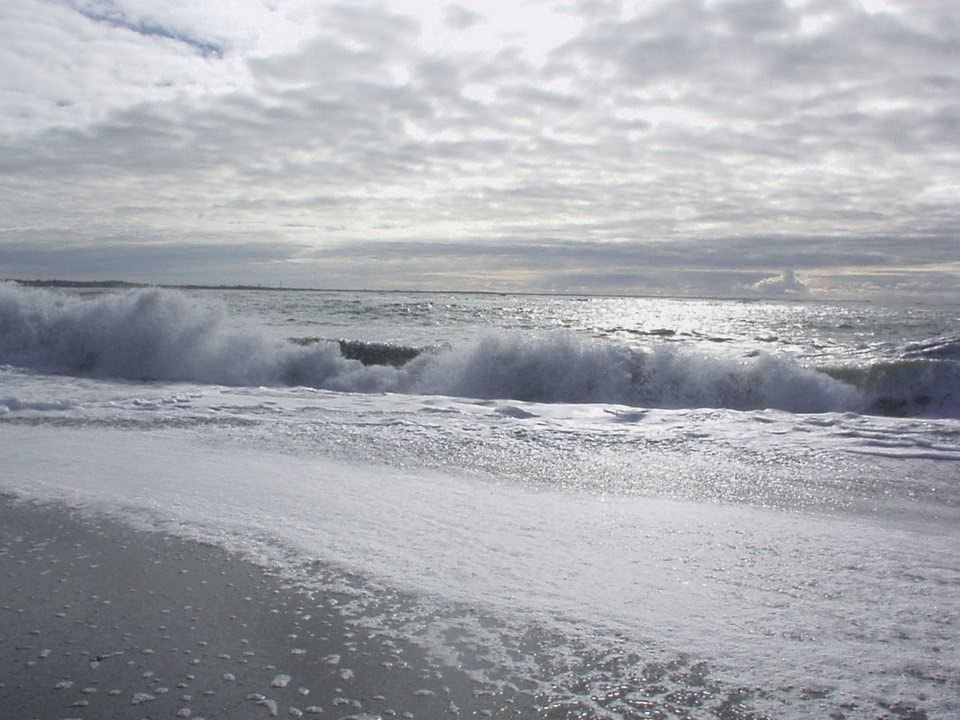 The edge of the Pacific Ocean in Ocean Shores, Washington in an undated photo.
*******


This is an entry that I started on Wednesday night but was unable to complete. As such, I'm going to limit it just to posting links to some Chait and Krugman pieces focused on the politics of implementing Obamacare plus a few other items.
I shall be updating the blog later with an update on the impending winter storm. (The 12Z operational runs of the NAM and GFS both give us 8 to 12 inches of snow -- depending on the snow-to-liquid ratios and turnover time.) (The peanut gallery is going nuts over at Capital Weather Gang.) 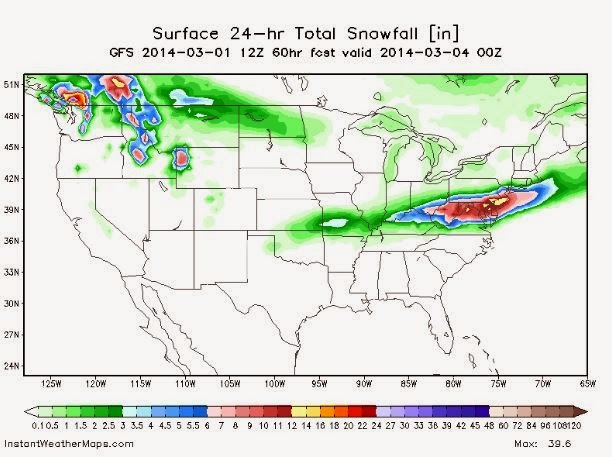 
First, though, I've been wanting to get this political commentary out of the way. It follows below. 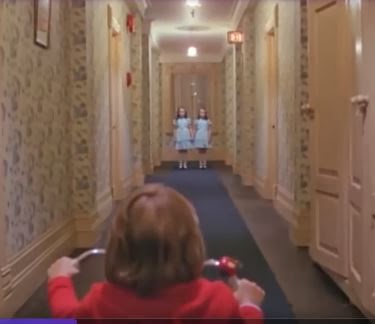 The Affordable Care Act, a.k.a., Obamacare (or in GOP-speak "ObamaCare") is likely to be a heavy weight on Democrats in the upcoming midterm elections, but the story is much more complicated and depressing. 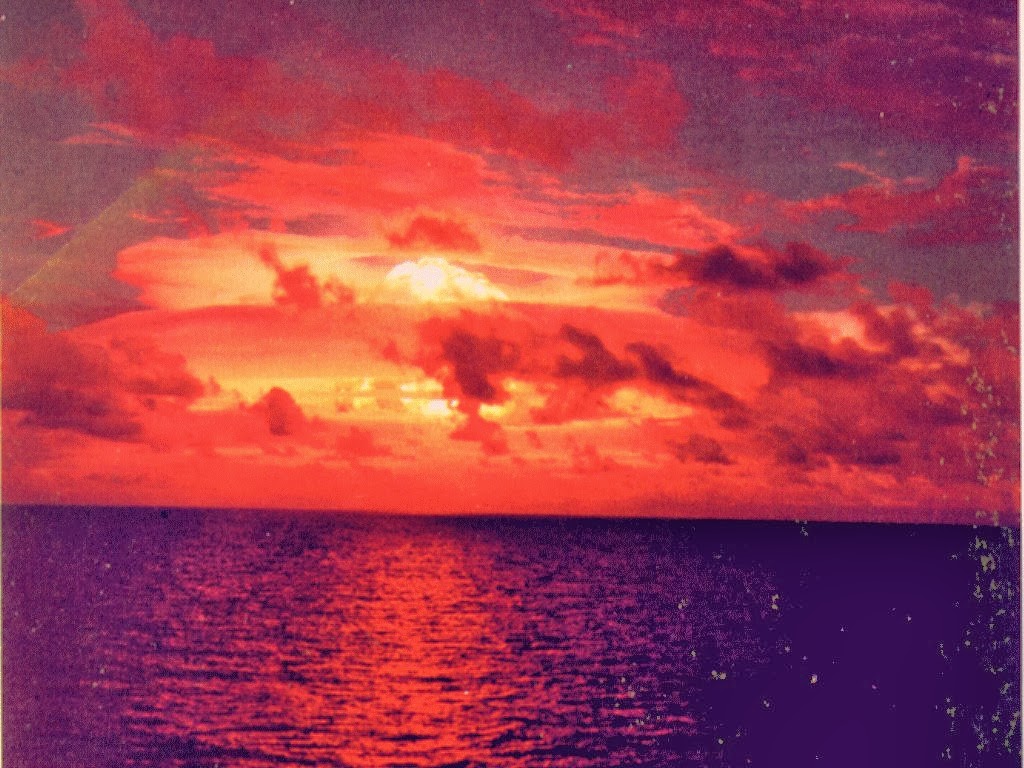 
For starters, there are great disruptions inherently associated with implementing such a gargantuan law. Then there is all the misinformation and confusion being sowed including the countless millions of dollars in rightwing foundation-funded propaganda to frighten people (and not just low-information / Fox News watching folks).
Then there is a sh!tty mainstream "he said / she said" false-balance media narrative that only Len "I'm So Objective, I Don't Vote" Downie Jr. or Ron Fournier could love.
Yes, there was the crummy and hurried roll-out. 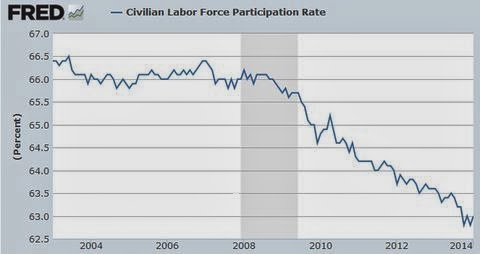 The civilian labor force participation rate between 2003 and early 2014 showing the incredible damage done by the Great Recession (technically, the shaded area) and its aftermath as millions of Americans, unable to find work, simply left the workforce.
*******


More importantly, the economy is still lousy with difficult unemployment situation for tens of millions of Americans. 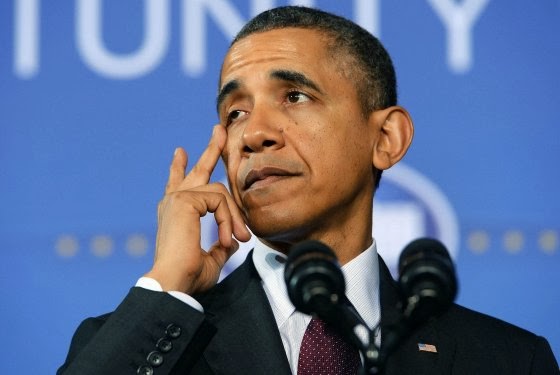 Then there's President Obama's weird and vexing inability to connect with average Americans.
Throw in the general fear and loathing of the GOP base and extreme polarization of the electorate (both an effect and cause of our media/entertainment structure), and the picture would be bleak even if it weren't a midterm election.
But the general nature of the midterms, and in particular of this one, make it even worse.
The electorate is likely to be significantly smaller, older, whiter, non-urban, and heavily Republican with non-voting liberals clustered in their urban enclaves and otherwise heavily Republican gerrymandered Congressional districts. 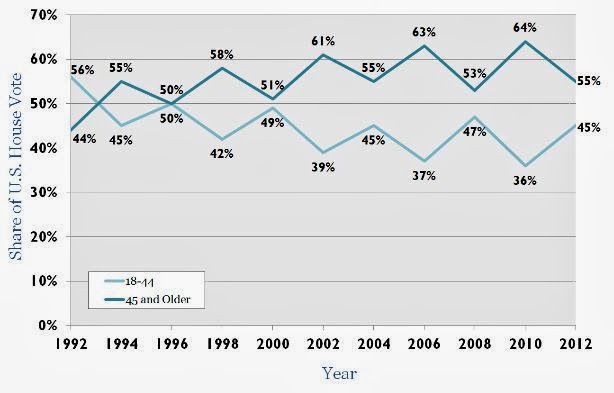 The share of the U.S. House of Representatives vote by two age cohorts -- 18 to 44 and 45 and older -- from 1992 to 2012. The two numbers necessarily add to 100 percent. The pattern is clear: The midterm electorate is older (and whiter / more Republican) than in presidential elections. Also, the younger vote fraction has been slowly dropping over time.
*******


Those districts are desperately in need of being partitioned with an increase in (I'd say doubling of) the size of the House of Representatives (though that is not going to happen anytime soon). 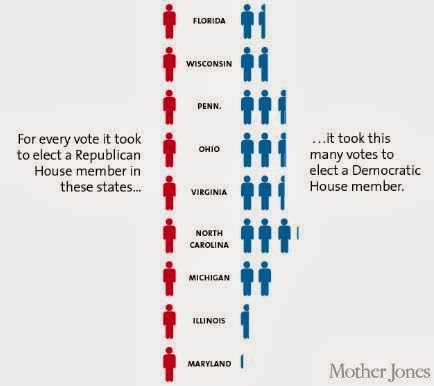 
Then there is the excessive political power of the low population interior states and the South, which votes as a block with those other states and Texas, giving Republicans a lock on both the House (even though they get less votes than Democrats) and (by virtue of its structure) the Senate.
And in this year, the Dems are holding onto a number of Red State seats that given all the other factors make it likely they will not hold onto the Senate.
Finally, throw in any other various vague reasons that always seem to favor the GOP (weather, lunar phase, who won the preceding World Series, phase of the Madden-Julian Oscillation and/or Pacific Decadal Oscillation -- you name it), and the Republicans always outperform while Dems always underperform. 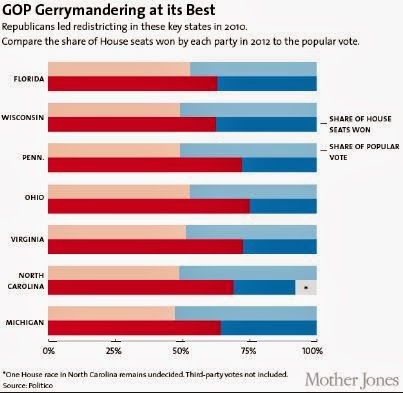 A chart showing the share of House seats won by each party in 2012 (red and blue) compared to the popular vote in that state (pink and light blue) for the seven states that went under rightwing radical Republican control in the 2010 election with subsequent gerrymandering of their Congressional districts.
*******


My larger point is that even a GOP sweep this November of the contested Senate seats (reaching or exceeding a 10-seat pick up -- Reps only need 6 seats) while maintaining their numerical majority in the House actually MEANS NOTHING as far as the long-term political situation in America and the changes in the balance of power between the two powers. And that's not just me whistling past the graveyard. 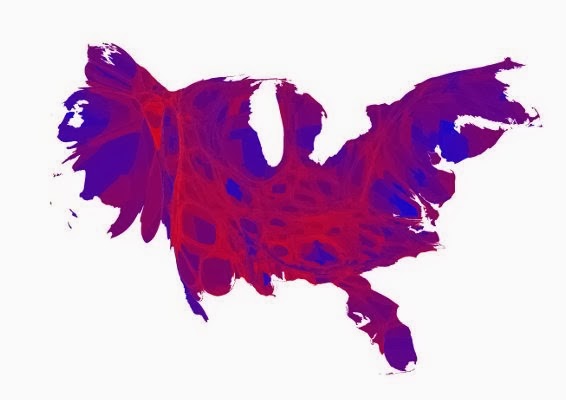 
This is true no matter what the Beltway political circle-jerk class says or how many "political atlases" Michael Barone writes explaining why the GOP is the ascendant party for the next three generations. 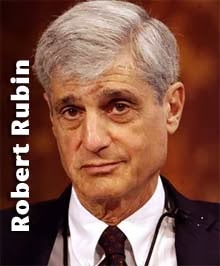 
Is It Mean to Debunk Lies About Obamacare? by Jonathan Chait
The Republican Health-Care Plan Is Almost Here, and Always Will Be by Jonathan Chait (on why the GOP can never actually have its own health care plan).


Paul Krugman referenced this one in this blog entry he wrote: A General Theory of Obamacare Fiction.
Best lines: 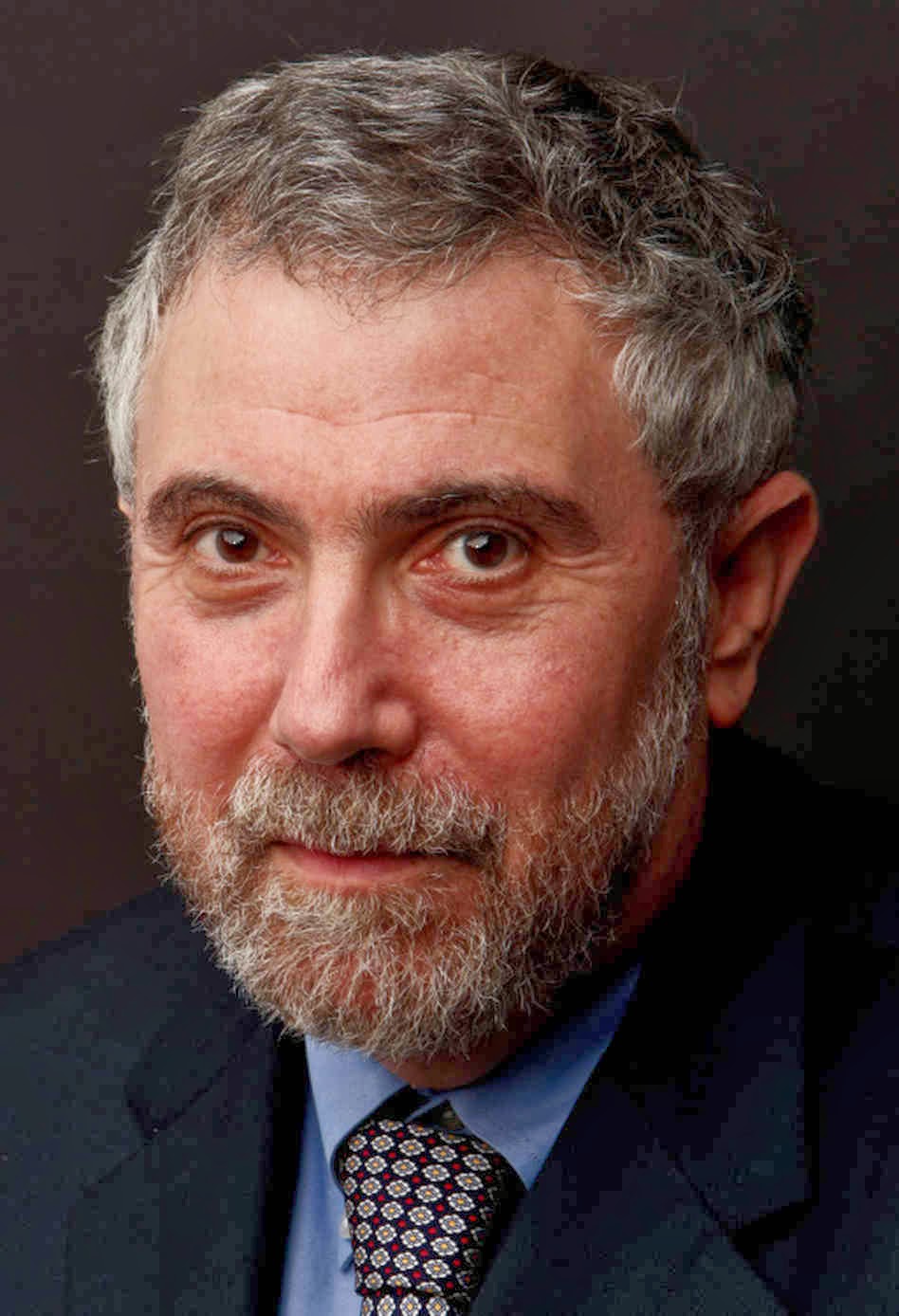 "If someone insists that he knows about someone in these categories who really is being grievously hurt, well, the burden of proof rests with the claimant. Basically, stories like that are going to be very rare.

"Obamacare opponents could, of course, go with the real losers -- people in the one percent paying higher taxes, healthy young men who are getting by with cheap, minimalist policies. But they want sob stories -- the sick middle-aged woman facing tragedy. And so far, every single one of those sob stories has turned out to be false -- because the very nature of the reform is such that such things hardly ever happen.


It's about how people could not see the housing bubble because (Krugman writes) "while the process of bubble inflation is a natural Ponzi scheme, a thoroughly inflated bubble is a natural Big Lie -- that is, a lie so audacious nobody will believe that anyone would dare to invent it. When you have something like this: 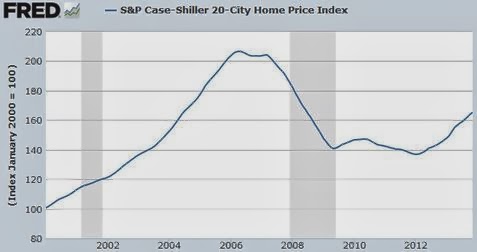 
Back to Chait with one last piece: Why Do Appalachians Love Clinton and Hate Obama? (Hint: The answer is obvious.) 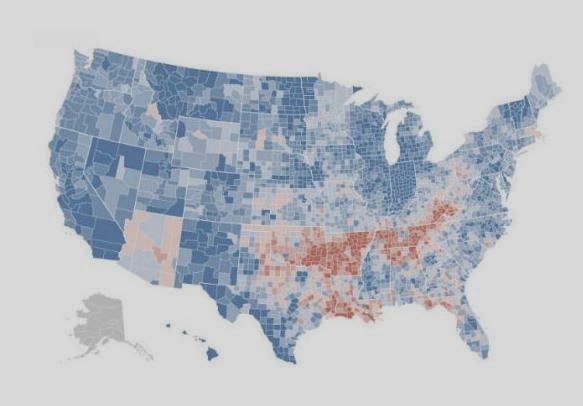 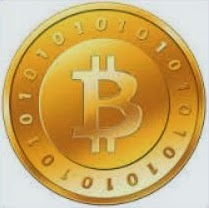 Anything that gets rid of this all-around evil invention is good.

However, I suspect that at this point, there are too many people invested in the concept for it to go away. This includes American libertarian kooks and criminals all over the world whom this bogus "currency" is ideal: the former because of their kooky inverted Marxist ideas and the latter because it allows helps to fund any criminal / gangster activity, especially those requiring money laundering, to go untraced. 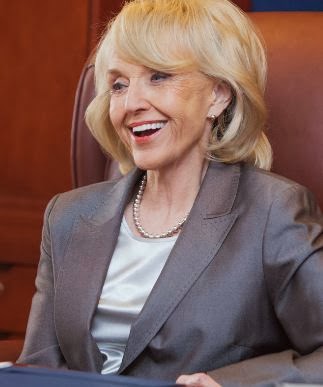 Lastly, I want to note that Arizona Gov. Jan Brewer vetoed the Putin-style anti-gay, discrimination - enshrining bill (Senate Bill 1062) that the state legislature passed last week under the guise of a bogus "religious freedom" argument that would have allowed any business to refuse service to gays and lesbians on religious belief grounds.


Whatever her motivations, I'm still impressed by her actions. Maybe -- just maybe -- she's not such a dyspeptic old crow after all.
Speaking of this, watch this Anderson Cooper interview with State Sen. Al Melvin, who supported the bill and is running for Arizona Governor: Anderson Cooper Demolishes Arizona Politician Supporting Homophobic Bill.
The video is embedded in the article. It's kind of epic, though a bit painful to watch, too.
OK, that's all for this entry. I need to get to the gym this afternoon. I intend to update the blog tonight.
Oh, yes, for no particular reason, I've been meaning to post this:
It is from, I think, a 2012 National Geographic TV special, and it features a snippet of a mega-tsunami scenario for the Hawaiian Islands (though it would fan out Pacific Ocean basin-wide) in which Mauna Loa erupts, causing the western flank of the volcano to break away with 360 cubic miles of rock sliding all at once into the Pacific Ocean. It is this massive landslide that generates a 10-story high tsunami that hits Oahu and basically annihilates Honolulu.
Favorite line: "(Tsunamis) combine the almost unlimited power of the Earth with the gargantuan might of the sea."
*******