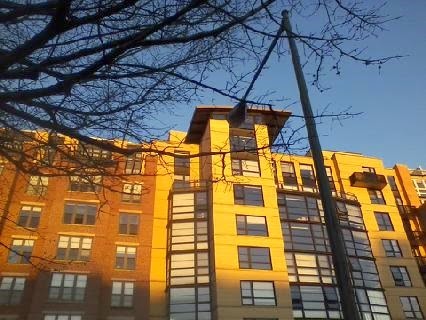 
So at this point the entire Metro Washington, D.C., and much of the Metro Baltimore areas (excluding the far northern suburbs) are under a winter storm warning as issued by our National Weather Service regional forecast office in Sterling, Virginia (i.e., "Sterling" or "LWX"). The forecasted "most likely" amounts have been increased to the 6 to 8 inch range. 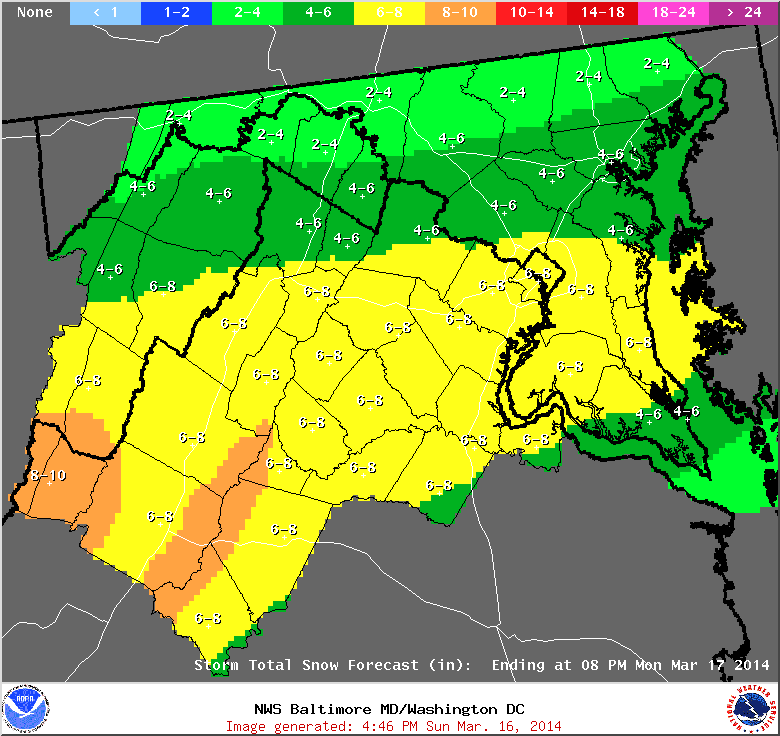 
By contrast, the Capital Weather Gang -- which has featured opinionated ("snow that almost nobody wants"), and we-know-better dismissive entries in the past few days along with the usual avalanche of comments -- continue to downplay the event. It's current snowfall map is shown below and is compared to the Sterling LWX NWS most likely forecast amounts. 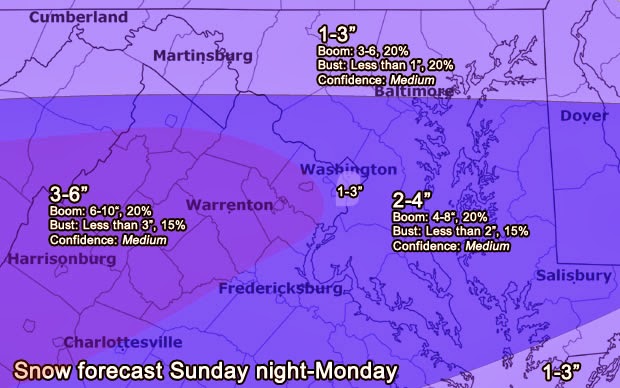 The Capital Weather Gang's (as of this blog entry) most recent snowfall forecast map for the extended D.C. area for the impending March 15 - 17, 2014 event.
Note in the above image map that the CWG "BOOM" scenario of 4 to 8 inches for D.C. and the adjacent areas is less than or equal to the current Sterling most likely forecast amount of 6 to 8 inches. 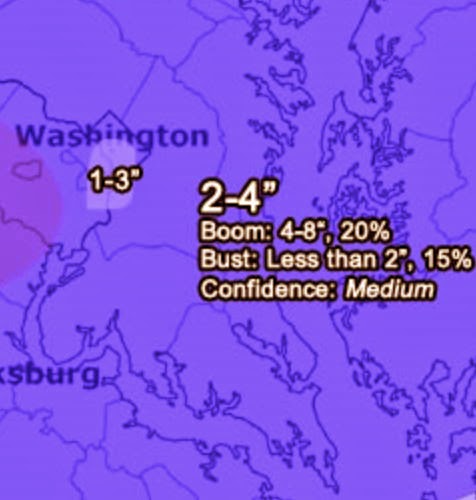 Close-up of the CWG's snowfall forecast map around the immediate D.C. area.
*******


Furthermore, there is a lesser amount "donut hole" over downtown Washington, D.C., and places along the Potomac River including the Reagan National Airport climate station (KDCA). The above image is a close-up of the preceding image showing that donut hole.
While this is certainly historically accurate and always a good bet, it puts the CWG forecasted amount anywhere from one-sixth to one-eighth that of the NWS. 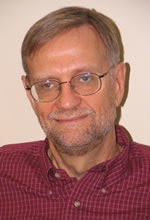 CWG's in-house expert Wes Junker -- a 30-year veteran retired NWS meteorologist who actually really knows what he's talking about -- emphasizes the MOS numbers showing how warm (above freezing it will be) until at least 11PM tonight (refer again to this entry). It is on this basis that the CWG is downplaying the totals.


To be clear, Junker provides the even-keeled and very-real expertise and technical write-ups. It is Jason Samenow and a few of the other regular CWG writers who produce the editorial slant. Samenow is quickly becoming the Fred Hiatt of that site. He very much embodies the attitude and style of The WaHoPo. 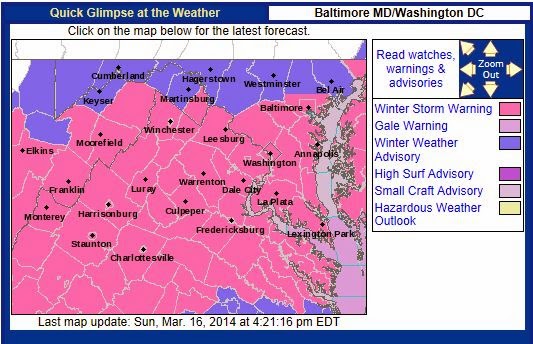 LWX CWA weather advisories updated at 4:21PM March 16, 2014.
Magenta (or is it deep pink?) color denote winter storm warnings and the blue/violet denotes winter weather advisories. This shows that the system is a more southerly one -- which probably argues against it being a heavy snow producer.
******* 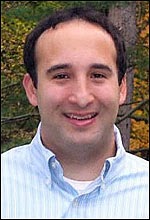 You can be sure that if CWG is "correct," Jason Samenow will make a big fuss about how the meteorological acumen and accuracy of CWG is just superior. If CWG is wrong and it snows more than forecasted, he will find some reason to explain it was right in spirit, if not exact amounts. In this case, though, he can't say, "Nobody could have known" (as he did in once last month).

I'm not really sure that the Capital Weather Gang is provided an extra value at this point, as opposed to just confusing matters, and I say this even if -- as is probably the case -- it turns out more accurate than Sterling.  It is true that CWG's product is free, and there isn't the commercial imperative of The Weather Channel or, even worse, Accu-Weather to gin up the hype and hysteria. (I've yet to talk in detail about Weather Nation and why it is a bit like TWC back during the latter' late 1980s - early 1990s high point.

As for CWG versus Sterling, keep in mind that Sterling is actually responsible for issuing weather advisories and its forecast products set in motion major local / regional responses and costly decisions from school and work closures to street snow removal operations. It necessarily MUST err on the side of caution. 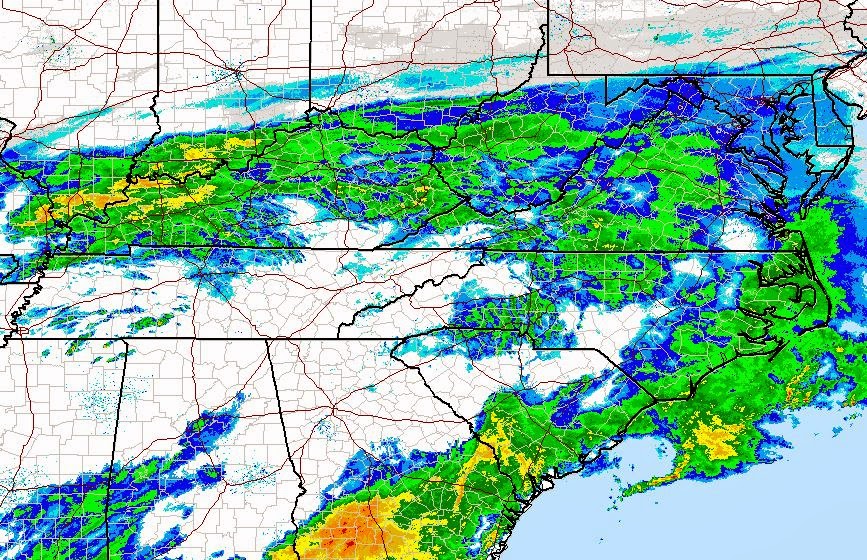 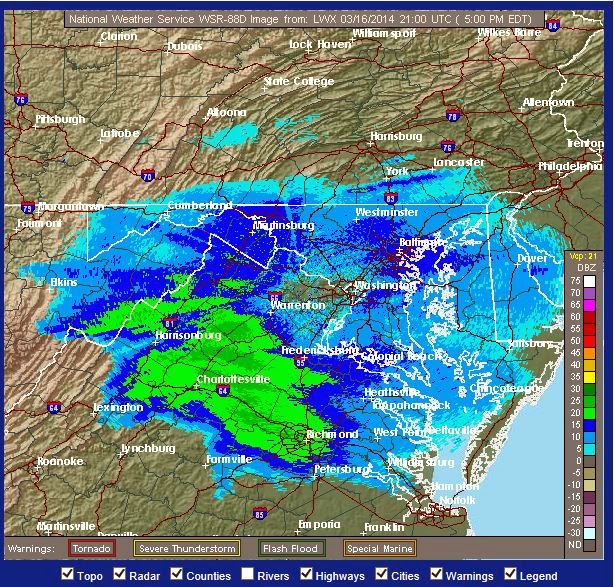 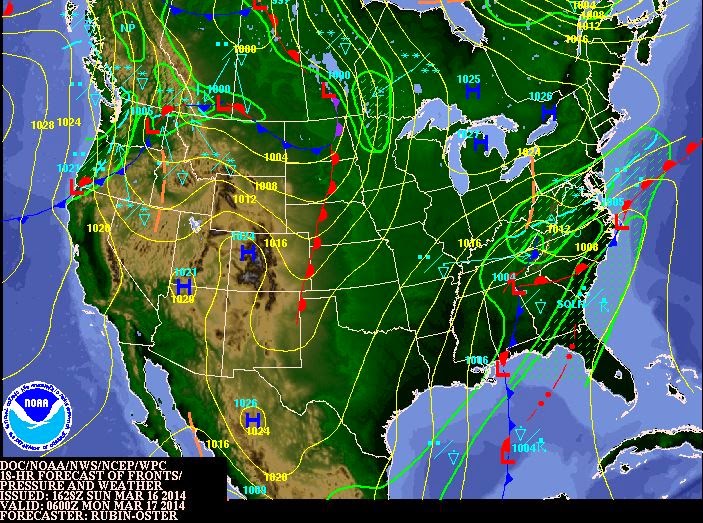 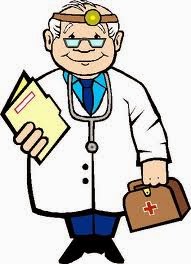 I need to make an appointment with my primary care physician in order to initiate a process of seeing both an ophthalmologist and perhaps a neurosurgeon. My vision slight blurriness problem in my right eye continues, and it is more than just a floater (which is likely an unresolvable issue).

To be clear (no pun intended), my left eye seems to be compensating but it is noticeable when I close it and just look with the right one.) In addition, I seem to have a persistent low-grade migraine pain in my head, especially in the middle and on the right.


So last night, I went to No. 9 and Nellie's. The night was basically uneventful, which is fine with me. Right now, I'm home on what has become a gloomy gray Sunday. I skipped the gym today as I went both Friday night and yesterday. I slept way late, although I was up for a couple hours before sleeping again this afternoon. I finally got up around 3:30PM -- in time to watch the last part of Remington Steele on the Me-TV "Catch Me If You Can" lineup of Sunday afternoon old detective shows. Right now, I'm watching the unintentionally hilarious William Conrad in an episode of Cannon ("The Deadly Trail"). 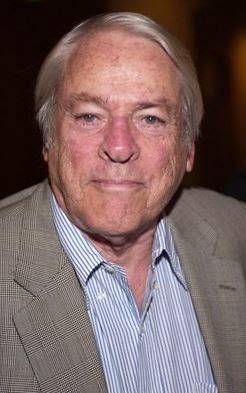 What's interesting about the Cannon episode is that it features the late actor Kevin McCarthy in a role as a former general and "industrial tyrant" seeking his long-lost daughter he never knew. I mention this because aspects of his character -- an extremely wealthy industrialist and a reference to someone "on the coast" are IDENTICAL to what he portrayed and said in a Golden Girls episode ("Second Motherhood").


I'm going to take a shower, get dressed, and go out and do a Sunday circuit -- No. 9, some dinner, and then to Larry's Lounge where Gary and I are planning to meet up. I don't know if tomorrow will be a teleworking ("snow") day or not, but I certainly have enough to do. There are some wet snowflakes falling right now outside my apartment window.
--Regulus
Posted by Regulus at 6:18 PM