Jukebox Saturday Night: The Ides of March 2014 "Why Don't You Do Right & Thrift Shop" Edition

"Why Don't You Do Right" by the Ben Goodman Orchestra with lyrics by the inestimable Peggy Lee (1942)
This blues song was actually written by "Kansas" Joe McCoy under a different name ("Weed Smokers Dream") and with different lyrics. (McCoy himself had numerous stage names.) 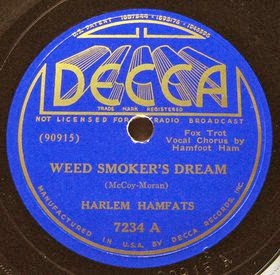 It was first released in 1936 by his group the Harlem Hamfats on the Decca label (see image at left). He subsequently rewrote it and re-released it.

The Goodman / Lee version is certainly the most famous one.


I was going to post another entry both about the weather and impending / likely unlikely accumulating snowfall (following a near 70F day today) and about my night last night at Nellie's and walking back on U Street.
However, I had to go to the gym today, which I did, and then make dinner, do my laundry, and do some take-home work from the office, all of which I also did. As I am not going to the gym tomorrow, I'll have more time to blog about these and perhaps some other things.
"More Than This" by Roxy Music from the group's album Avalon (1982)
This is a very nice song. I think there were other versions of this song that were subsequently made.
*******


As for tonight, I'm again going to No. 9 and then Nellie's. Given the Full Moon, the fact that it is still mild, and that it is St. Patrick's Day weekend (OK, it's actually Monday), I expect a full-on sh!t show this Saturday night, although last night along U Street was about as nutty as I've seen it.
And let's end with something more Saturday night upbeat (and I'm not sure why I haven't posted this one before) ...
"Thrift Shop" by Macklemore and Ryan Lewis ft. Wanz (or TeeWanz) from The Heist release (2012)
The video and the song really go hand-in-hand. And I just don't think you can't do a "clean" version -- i.e., one with no profanity. It just doesn't work. I will say the Seattle area setting is a bit off for this kind of "pimp daddy" video ostensibly set among poor people. That's just not Seattle. The night club part is, though. 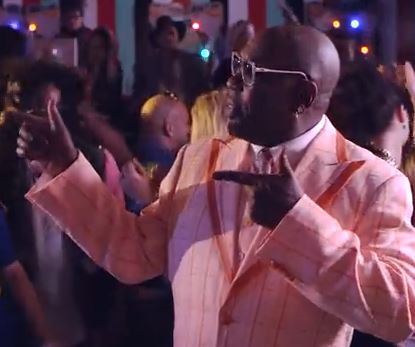 "I wear your granddad's clothes. / I look incredible. / I'm in this big ass coat / From that thrift shop down the road ..."

The late and still much missed Barry White would be impressed.