A Friday Night Star Trek Episode Odd Couple: "The Cage" and "The Menagerie" 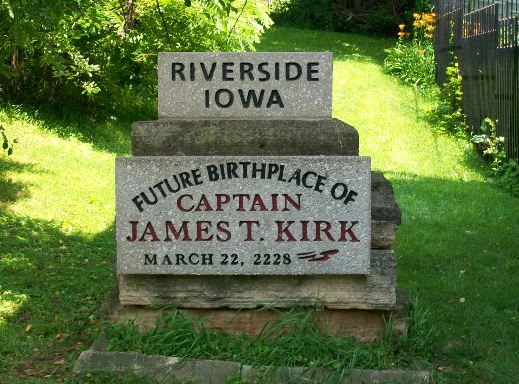 The marker in Riverside, Iowa noting that in the Star Trek universe, this is the future birthplace of Captain (later Admiral and later still, as I recall, Captain) James T. Kirk, given as March 22, 2228 (now just under 214 years away!).
*******


Home right now on this Friday night waiting for a few loads of laundry to finish drying. I'll go out in an hour or so -- probably my usual No. 9 and Nellie's, although I really haven't had a proper dinner, so maybe I'll go to a restaurant. Tonight would be a good Old Ebbitt Grill night. As for tomorrow evening, I'm meeting Quill for dinner at Eatonville and then we'll watch some of the Sci Fi Saturday Night lineup on Me-TV including Star Trek: The Original Series (although with the prettied up special effects in a non-distracting way).
Speaking of Me-TV and Star Trek: TOS, I'm actually watching the latter on the former right now as I compose this entry. (Well, actually, I'm trying to compose that long-delayed Buffalo entry, but the pictures I took with my ill-suited Smartphone during its short time with me aren't that good and surprisingly low-quality.) 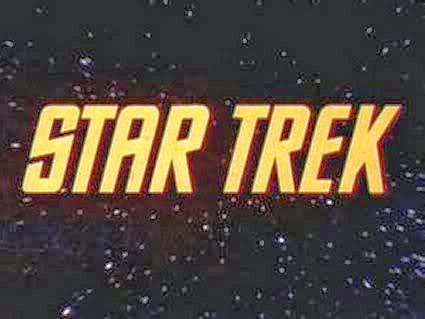 Me-TV is actually airing TWO Star Trek: TOS episodes this Friday night and it just so happens to be the only two-parter of the original series, "The Menagerie," which had a weird intricate relationship to the actual pilot episode "The Cage" -- the latter which was not aired on regular TV until 23-1/2 years after the fact in November 1988. 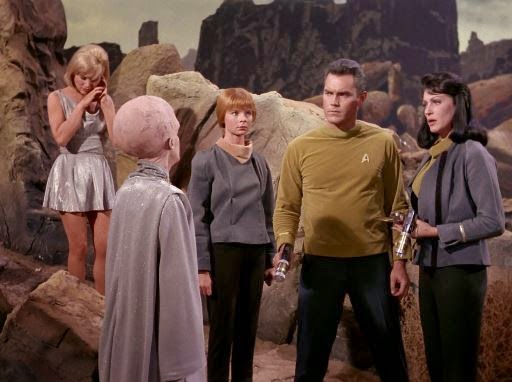 Captain Pike and The Keeper along with other members of the Enterprise landing crew (including Majel Barrett as "Number One" rather than Nurse Christine Chapel) on the surface of Talos IV in Star Trek: TOS episodes "The Menagerie" and "The Cage."
*******


"The Menagerie" and "The City on the Edge of Forever" are among the best Star Trek: TOS episodes, both of which won Hugo Awards for Best Dramatic Production. "The Menagerie" has a touch of The Matrix to it in terms of the illusions and moving in and out of them.

It features Christopher Pike as the Captain of The Enterprise 13 years earlier. Pike is played by Jeffrey Hunter, who died tragically only four years later at age 42. Some of the dialogue in this combination episode -- especially that said by Vina (Susan Oliver, who also died too soon) is awesome. 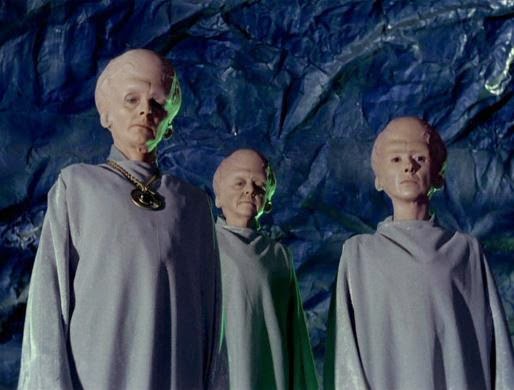 The Talosians as seen in two episodes of Star Trek: TOS with The Keeper on the left.
******* 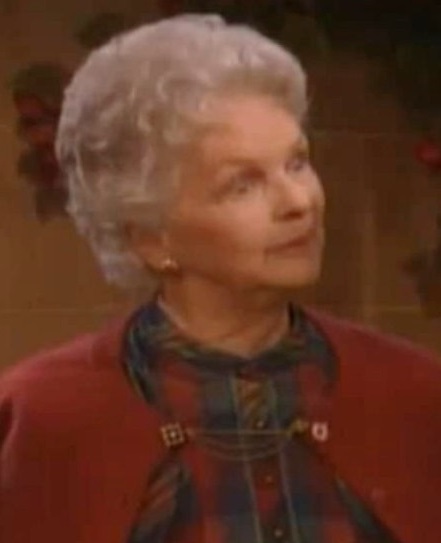 The Keeper was played by none other than Meg Wyllie, except I've never been sure if that was her actual voice. As it is, the Talosians communicated both telepathically and verbally. Ms. Wyllie, who died New Years Day 2002, was on three episodes of The Golden Girls.

Yes, that is she.


There's the scene where The Keeper "puts" him briefly in Hell, and she says flatly: "From a fable you once heard in childhood."

And the two best closing lines: 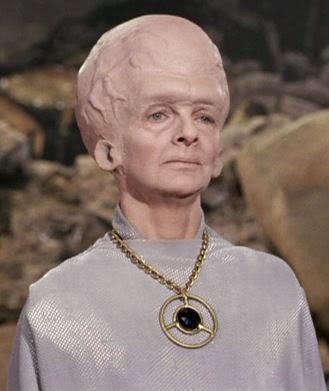 "This makes you far too violent and dangerous a species for our needs."

"Captain Pike has his illusion, and you have your reality. May you find your way as pleasant."


I love the spooky music played during it with that strange, piercing whine (which would otherwise be annoying) such as played when the Talosians create the illusion that Captain Pike is on Rigel 7. (As for this episode, apparently even in that quasi-utopian 23rd Century, the Federation still had the death penalty -- for anyone who went to Talos IV. At least that was stated in this episode.) 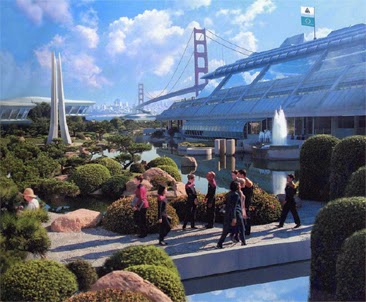 Starfleet Academy headquarters / campus on the north end of the Golden Gate Bridge (presumably still standing structurally sound and the same international orange color) in present-day Sausalito. This is supposed to be in the latter 2300s and thus it is set in the time of Star Trek: The Next Generation (fully 150 years after the birth of Captain / Admiral James T. Kirk).
*******


OK, my laundry is done, and in lieu of folding it, I'll get ready to go out. On Me-TV now is the first of two episodes of The Odd Couple. I remember watching that show (along with Honeymooners and The Twilight Zoo) with my dad back in my Kirby Avenue, Long Branch, New Jersey childhood days in the mid-to-late 1970s (on, I think, WPIX-11).
Felix Unger and Niles Crane have similar characters, albeit separated by 25 years.
*******


OK, that's all for now. My next planned update will just be my jukebox Saturday night entry.
--Regulus