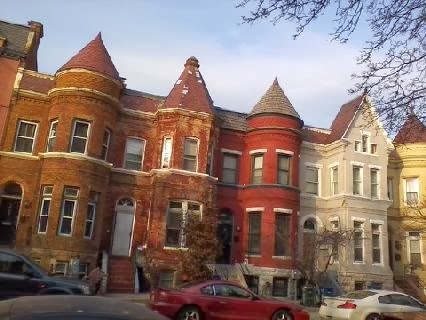 A quintessential Washington, D.C., view: Row houses in various "warm" colors. (OK, yes, there are row houses with "cool" colors such as blue and green, except those tend to be pastel in hue.) 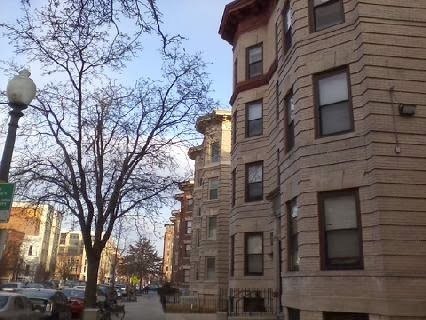 This is the south side of the 1400 block of W Street NW at the same time as above. These are a series of co-op type buildings including the Capital Manor complex. Another building is under renovation / D.C. gentrification / yuppification.
*******


This is just a brief update. This is not the entry I started to compose last night but never finished.
First, I've been taking care of Brady as I mentioned I would be doing this weekend. Everything so far is fine, though he chewed up the poop bag dispenser on his leash. While I brought him over to the apartment last night from Chris's place, I may just have him stay there. There is a reason for this but I prefer to tell Chris about it in person rather than broadcast it here. (As it is, Chris and I live less than 1,000 feet apart.) 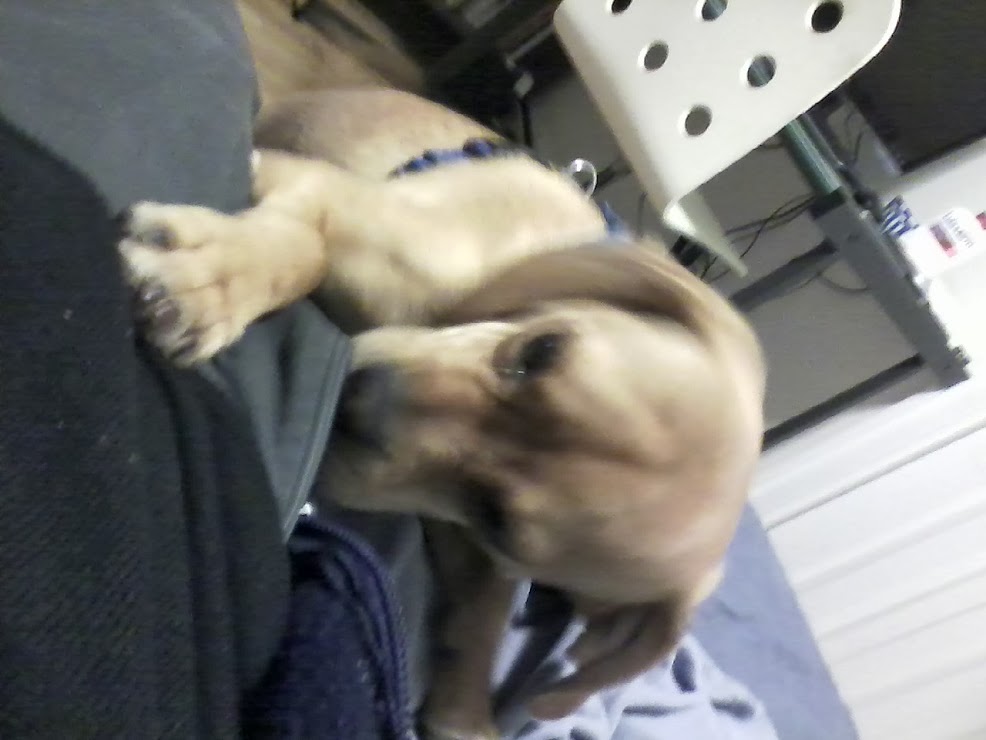 
Secondly, I made it to the gym today and had a decent workout overall. I did a 5.2 mile jog and some weightlifting and then went on a relatively short swim in the pool. As for the pool water, it was finally clearer in its visibility though still it was still somewhat cloudy. 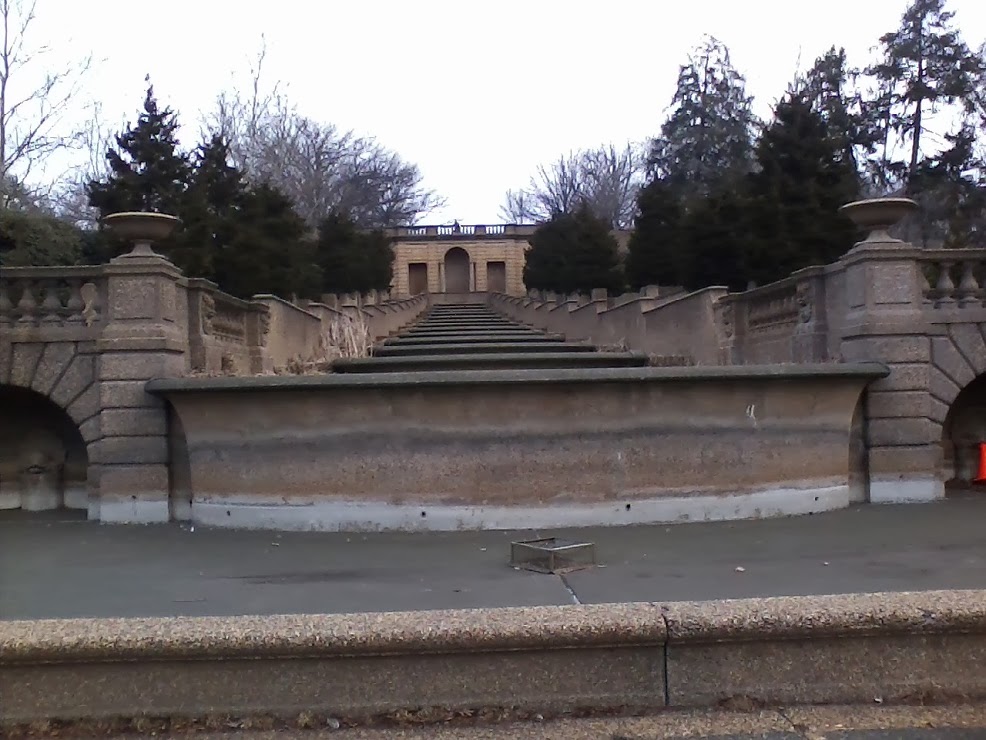 The wintertime-empty terraced fountain in Meridian Hill Park, Washington, D.C., 7:34AM February 8, 2014.
Yes, "7:34AM" -- Brady got me up at that unholy and I took him for a walkie and then fed him. I then took him back to Chris's place and I slept until 2 in the afternoon. (I would have had him stay in my apartment but he was not letting me sleep.)
*******


Thirdly, it was a weird solo night in which my plans fell through and I first went to No. 9 and then wandered over to James Hoban at Dupont Circle where I had a couple drinks. Thereafter, I stopped in at the Big Hunt, where it was a straight young person's sh!t show. I saw one funny thing -- the bartender lightly slapped the hand of this silly drunk girl who was reaching into the plastic containers that hold limes, lemons, oranges, and cherries. Finally, I stopped at Larry's Lounge before heading over to Chris's place around 230AM. 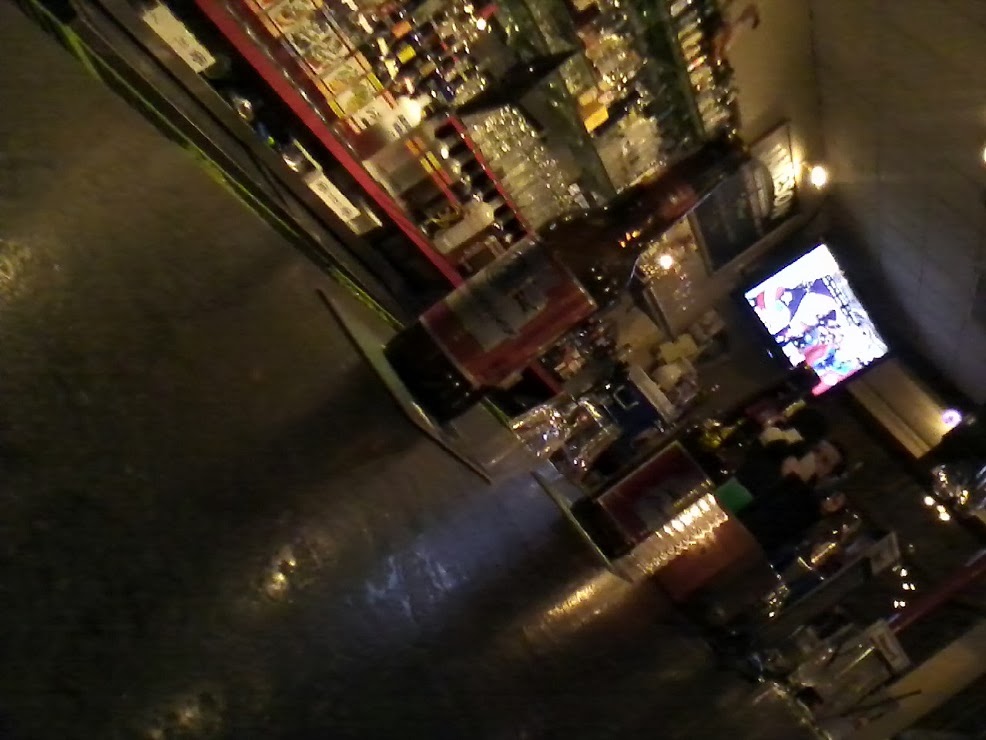 
Fourth, I'm home now watching the Sci Fi Saturday Night lineup on Me TV. An episode of Star Trek: The Original Series is on now (episode: "A Private Little War," which certainly spoke to the U.S. and Soviet race to arm the rest of the planet back then) and the Svengoolie-hosted monster movie to follow is King Kong Vs. Godzilla. Nice. 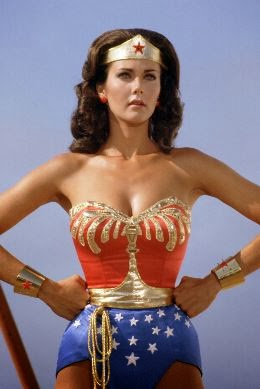 The Wonder Woman episode that was just on was "The Pluto File." It captures some fascinating themes -- manmade earthquakes (looong before "fracking"), bubonic plague, the Nazis and the race for a nuclear bomb. Wonder Woman was mostly set in Washington, D.C., circa 1942 (remember Diana Prince worked for the War Department).


In this episode, there was a nuclear reactor in the nearby "rural" town of Bladensburg, except they pronounce it as "Blah-densburg."
In addition, this episode features two quite openly gay actors from the time -- Hayden Rorke (best known as Dr. Bellows on I Dream of Jeannie) and Robert Reed (best known was Mike Brady on The Brady Bunch). Oh, and, yes, the blog title to this entry is clearly a reference to some Brady Bunch movies. 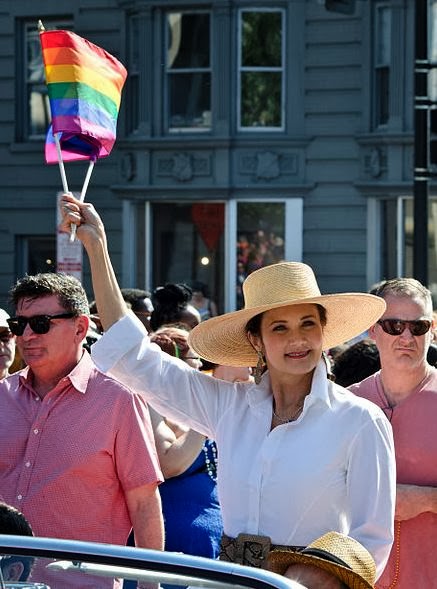 These episode themes are very interesting because Lynda Carter has become quite the gay icon. She was even the Grand Marshall at the 2013 Capital Pride event here in D.C. (which I mentioned here). Nor was this her first time in such a role at a gay pride event in the U.S. She also has done this in New York and Phoenix.

As I've said before, we love Wonder Woman. And we love Lynda Carter.
As for Bladensburg, I actually recall watching Wonder Woman -- quite possibly this very episode (although I think it was mentioned in at least two episodes) -- way back in my New Jersey 1970s childhood, and I recall looking on a road atlas trying to find the town of Bladensburg. Bladensburg itself is a dumpy little town in the inner D.C. suburbs of Prince George's County, although it certainly as a storied history.
In a final touch of irony for the episode and the show, Lynda Carter actually settled in the D.C. area after marrying Robert Altman. I think she lives in Potomac, Md.
Oh, yes, I still need to post my adapted Wonder Woman theme song lyrics to M. Wade Tipamillyun. It's pretty funny. I think.
*******

Turning to the weather, eh, I've nothing to say. I'm tired of all the snow misses. Even in a cold and snowy winter such as this one in so much of the Eastern U.S., D.C. itself manages to be below normal (8.1" at KDCA or 2.2" below the "normal" of 10.3 inches at this point. (KBWI is a whisker below and KIAD is a bit above.) There are other chances and possibilities, but I'm so tired of writing about that since none of it ever pans out.

Oh, and I'm over reading the Capital Weather Gang. Especially annoying to me is the very WaHoPo-like self-aggrandizement on display there -- as if it were that hard to forecast that it won't snow in D.C. proper because one of the 16 things that need to come together just perfectly fails to do so. Yeah, that takes real talent.


As for tonight, I am planning on going out tonight -- dinner at Old Ebbitt (though maybe I'll do Eatonville instead) and then to No. 9 and Nellie's. However, I have to stop by and tend to Brady after that, though as I said, I may just have him stay at Chris's tonight and instead just go over around 8AM tomorrow to tend to him.
I intend to update the blog tomorrow. Oh, yes, I am skipping my jukebox Saturday night entry for this weekend.
--Regulus
Posted by Regulus at 10:46 PM