Jogging In Place (Stuck In D.C.) While Viewing Lovely Far Away Places On a Treadmill Screen 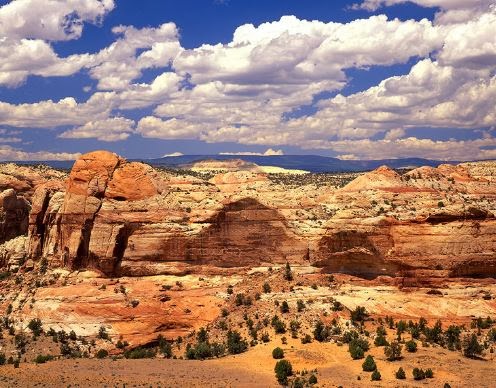 Sweeping vista of the stunning landscape of the Grand Staircase - Escalante National Monument, Utah.
This is the kind of powerful beauty of the American West natural landscape that is just so stunning and awesome.
******* 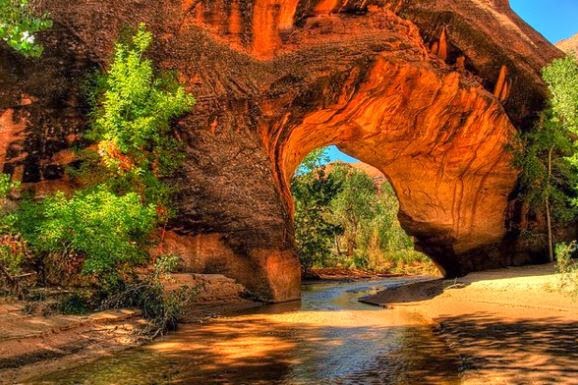 
This can only be a short update as I actually have work to do tonight. I'm only about a third of the way thorough copyediting a 156 page document that has to be completed by 1PM tomorrow. Ideally, I'd work through it for about 4 hours tonight (say, midnight to 4AM) and then tomorrow morning (also from home) from about 7AM to 11AM. Incidentally, I'd have a full work day completed as well, so I would actually need to go into the office. 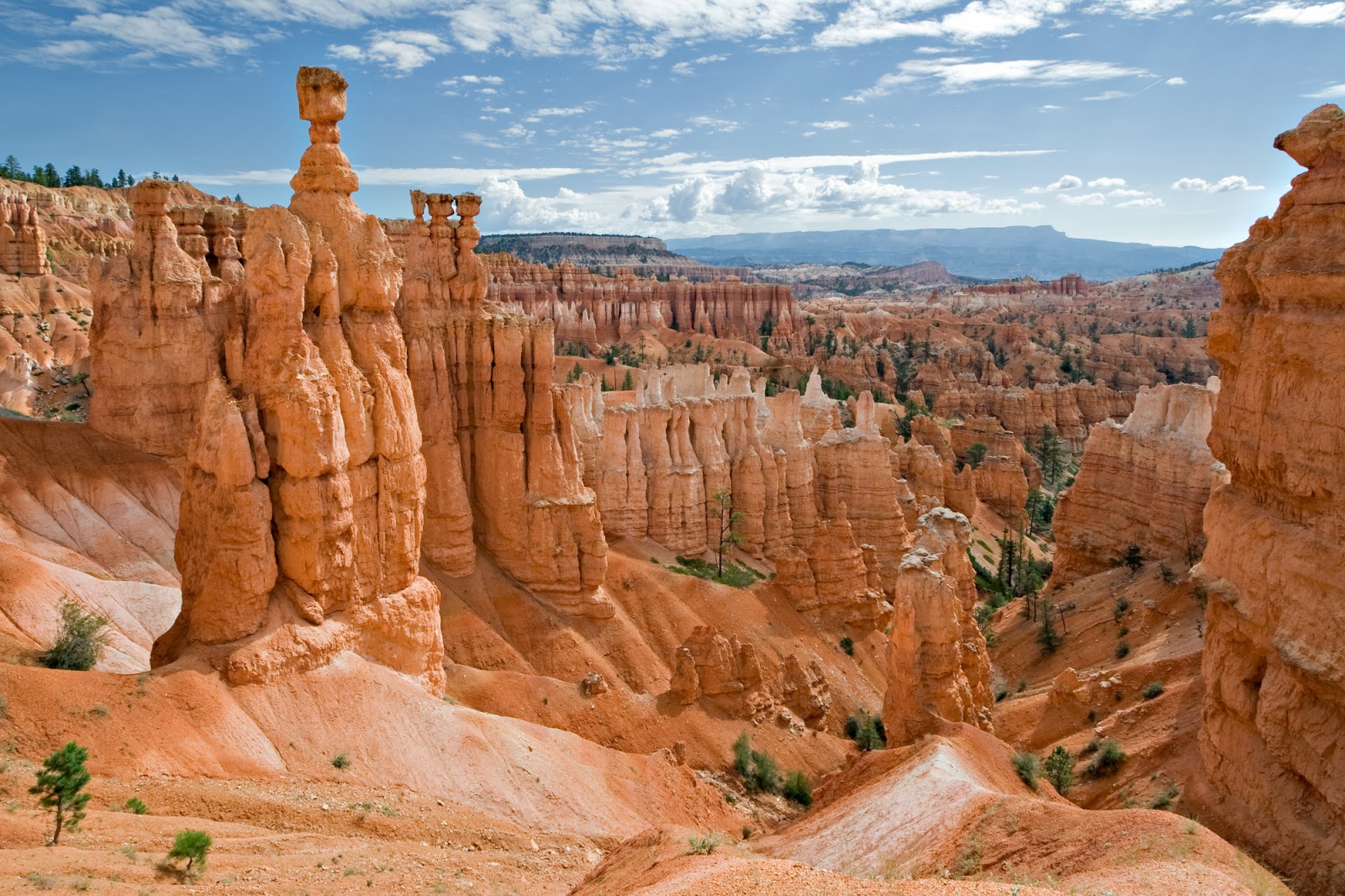 
I'm home from the Anthony Bowen YMCA gym where I had an OK three-part workout (treadmill jog, machine weightlifting, and swim). I had a much better one yesterday. I'll take tomorrow off and instead see Chris at the D-I-K bar happy hour. I weighed myself and was 144 pounds, which is still within the low 140s range of my current gym era (lower bound from about two weeks ago of 140.5 pounds and upper bound a month ago of 145.5 pounds). So I'm still down the 40 pounds net and probably about 45 pounds of fat from my peak back in June 2012. 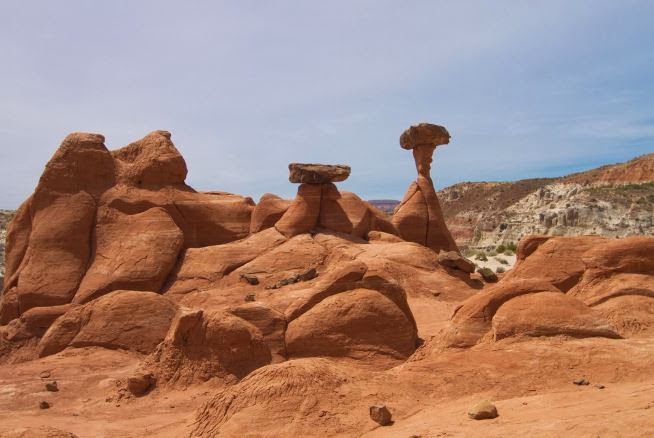 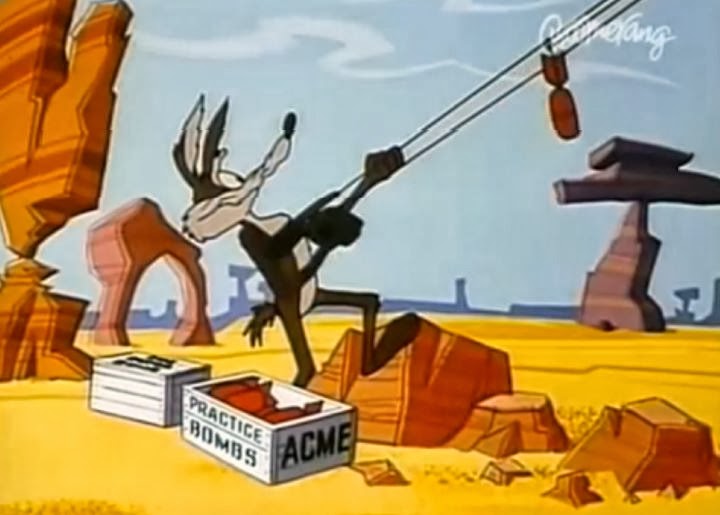 You expect to see the Coyote chasing the Road Runner across this landscape with the Coyote trying some new Acme brand device that naturally blows up on him.
*******

The treadmill course run I did tonight was in Germany -- the ancient Rennsteig trail and another one around Mt. Watzmann whose name I can't now recall. The other three parts to it were mostly flat -- in Bad Reichenhall (quite pretty) and then Munich.


I often do the Trinity-Shasta run in Northern California that includes five distinct locations including the Jedediah Smith Redwoods State Park, as well as the one in Utah and Arizona that includes the one featuring Bryce Canyon National Park (with its hoodoos and hanging gardens) / Zion National Park / Grand Staircase-Escalante National Monument (past the Toadstool hoodoo formations) in Utah (I love those names) and the South Kaibab Trail into the Grand Canyon in Arizona.
I'd actually like to see those places in person. 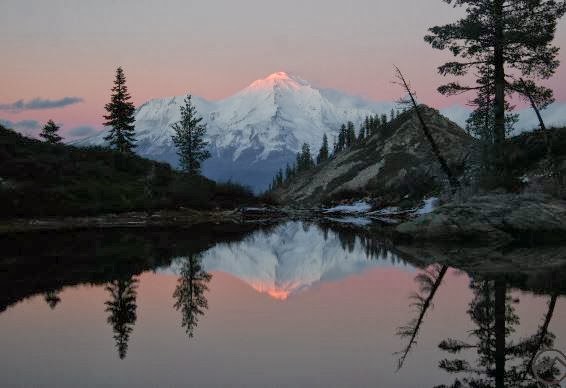 Snow-blanked Mount Shasta towers above Heart Lake Trail in the Shasta–Trinity National Forest. The top of the mountain is bathed in deep orange sunlight while the world below is deep in shadows.
*******


As for the ginormous Hawaii project, there is a worry that this multi-part report may never actually see the light of public day. That would really be a shame -- not just because of all the team effort that went into it, but because it is a good document. 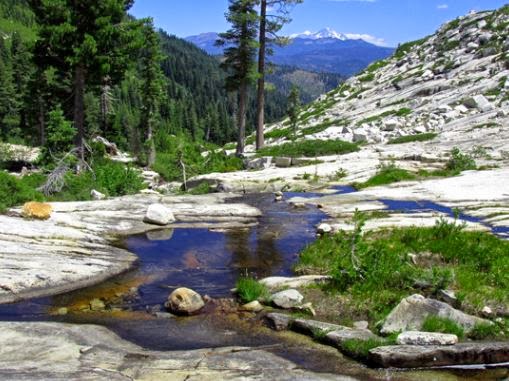 Bear Creek and the Trinity Alps with Mount Shasta in the distance.
*******


My weekend was OK. The highlight turned out to be a very nice dinner at the Old Bar (with bartender Larry) at Old Ebbitt Grill. I had a well-done New York strip steak, spinach, and potatoes. It was damn good. I also had a glass of red wine and a cup of coffee with Baileys and whipped cream all followed by a dish of vanilla ice cream. Awesome. And I felt a lot better.
I then biked to the restaurant and then over to Nellie's, where I stayed a little while, and then home. 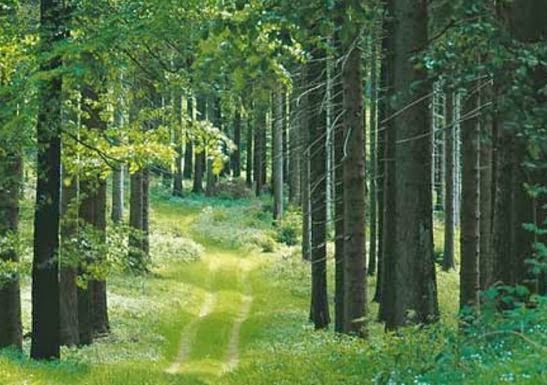 The forested Rennsteig trail in Germany that forms the historical boundary of Thuringia and Franconia.
*******


It's a cold night outside with temps falling below freezing and into the 20s Fahrenheit even in the District by later tonight. A cold pattern has set up and should persist for about a week before it warms up. There is a chance of some light snow tomorrow into Wednesday and then another potentially more significant chance this coming weekend. Sundays' forecasted high is only 30F after a morning low of around 16F. That morning low is not far off the record daily low and the daytime high is a solid 24F below normal at KDCA.
I'm not used to writing "it will be way below normal" temperature wise in this era (this winter's cold outbreaks notwithstanding).
OK, that's all for now. I may try to update the blog tomorrow night, or else it will be on Wednesday night (early Thursday)
--Regulus
Posted by Regulus at 1:17 AM