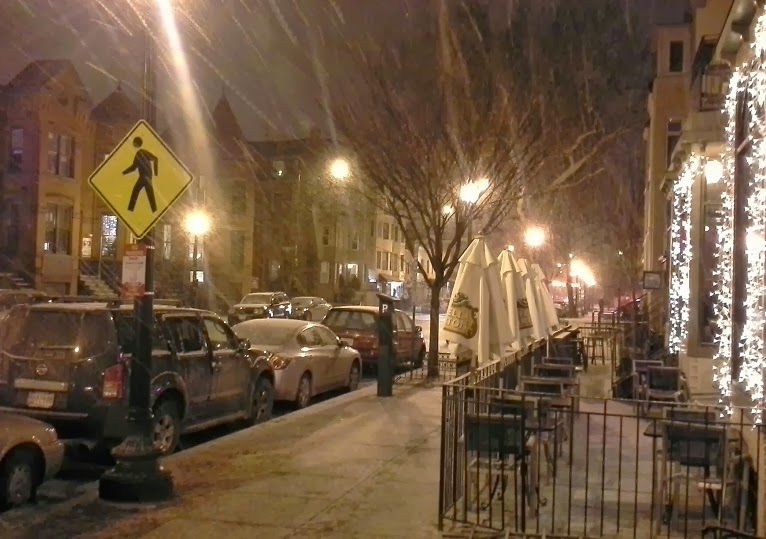 
OK, for starters, this is NOT the entry I had intended to post -- the pictures of my Buffalo / Niagara Falls trip with Gary. I'm very worn out and groggy and again just don't have the time or energy to do so. The cold that I've had the past few days -- a sort of low-grade hybrid head and chest cold with persistent, uncomfortable cough -- continues apace. In addition, I was at Larry's Lounge earlier with Gary and Kristof and stayed longer than I planned. However, let me assure you, Gentle Reader, that I fully intend to post this entry with pictures. The only issue is that it may not be until the weekend. 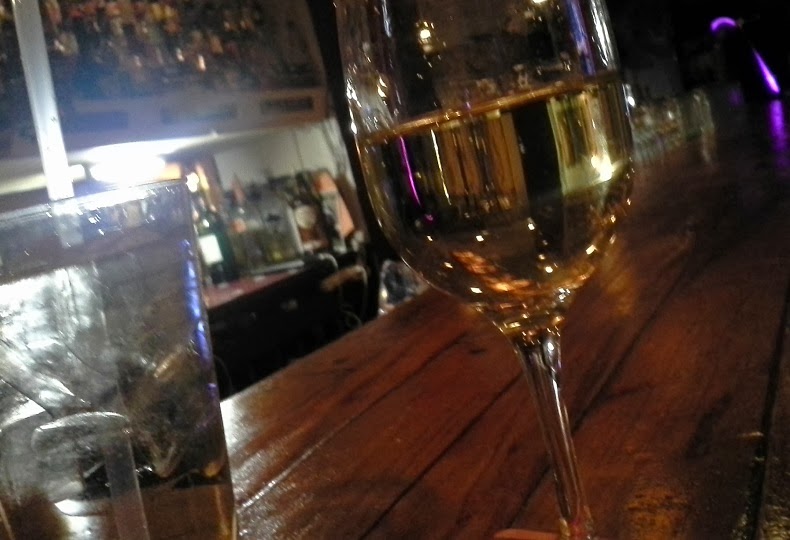 
As for tonight, while I brought the computer home, I ended up going out -- first right after work on an odd-two step journey that took me from L'Enfant Plaza to Farragut West Metro stations and then to this weird subterranean hotel bar called Recessions and thence to D-I-K Bar, where Chris H. was working. Then I went home, even as some snow flakes started to fall in the cold, cloudy night (see below) and had some dinner.
The State of the Union was one but I simply could not listen to it as it was too painful. Now I say that from my leftist perspective, not the more familiar perspective of the "Obama is a Muslim-Atheist (huh?) Kenyan Socialist" Fox News profit-driven, fear-mongering, uniquely American paranoid-style, infotainment bubble. 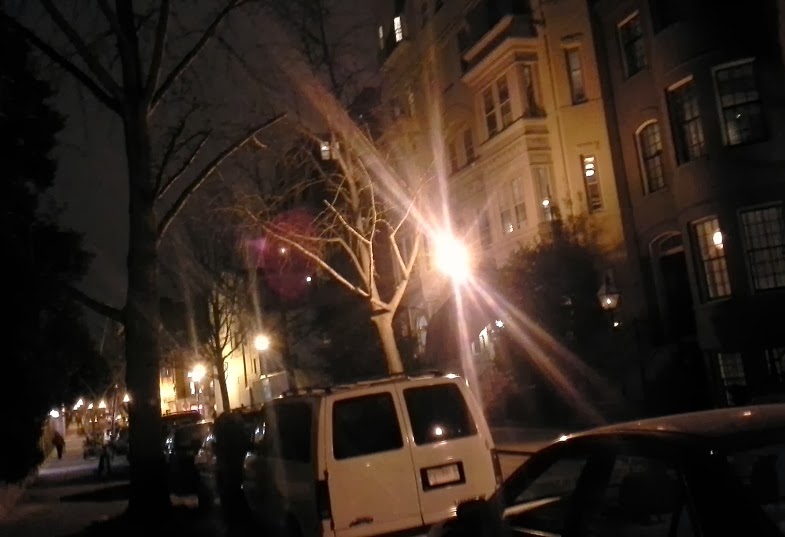 
I started instead watching a rerun of Sanford & Son on Antenna TV. However, I had arranged to meet Kristof and Gary at Larry's Lounge, and so I headed out on my bicycle the very short distance to that neighborhood corner pub and occasional speakeasy.
By this point, it was now snowing -- the precipitation shield from a vigorous southern stream shortwave riding along an old Arctic boundary now stalled out across north-central Florida having filled in overhead across the D.C. / Baltimore Metro areas. 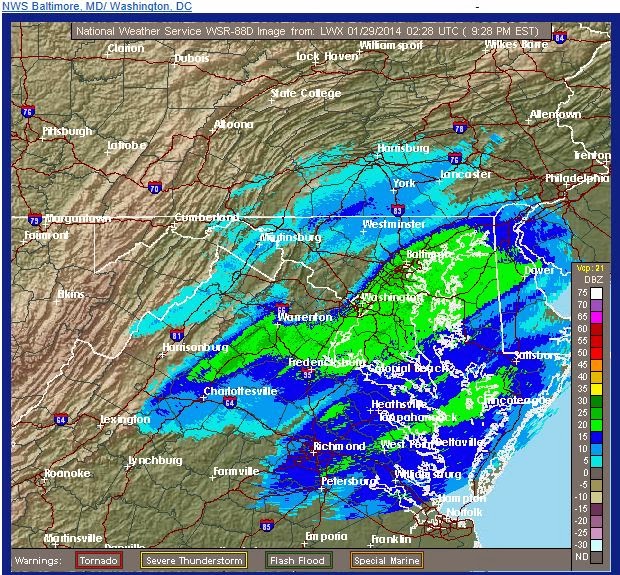 
I got to LL and both Gary and Kristof were there. The SoTU address was on and Obama was yammering away -- the usual stuff. I'm going to avoid any discussion about this annual, mind-numbing affair except to direct you to the always-outstanding Paul Krugman's recent pieces on his blog and in his regular Friday New York Times op-ed about the reality-altering craziness of the ultra-financial overclass rich who compare Obama and his mild / milquetoast policies and critiques of these "Masters of the Universe" / one-percenters to Nazi persecution of the Jews. (Even just writing that comparison feels morally obscene.)

The most recent case in point is billionaire hedge-fundster Tom Perkins, who likened these criticisms to Kristallnacht. It is part of the more general (to quote the title of his Friday op-ed) "Paranoia of the Plutocrats" , specifically, their fear, loathing, and insecurity. Krugman points out some of the positive things Obama and progressives have been able to do to reign in their recklessness and tax them at a higher rate. Krugman ends by saying that Obama should, in the immortal words of FDR, "welcome their hatred"). 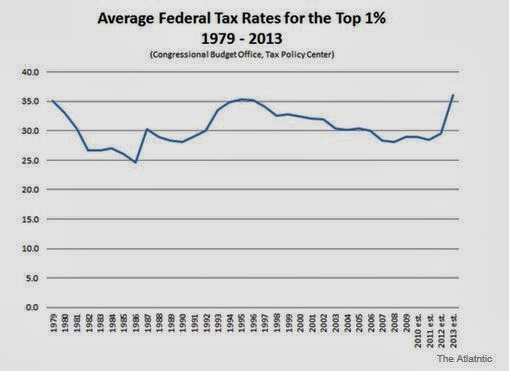 A chart of the average Federal tax rate for the top 1% of income earners, 1979 - 2013. (This image was in Jan. 26, 2014 Paul Krugman blog entry linked above and again here.) It shows that taxes have actually gone up in a non-trivial way on the tiny group of bajillionaires that own about as much as half the human race.
*******

The always-insightful Andrew Sullivan picked up on the topic of the cognitive dissonance that is embodied in this mindset. Sullivan ties it into the role these rentier-class parasitic overlords (my terms, not his) played in the financial crash of 2007-2008 crash and their deeply pathological reaction to having been bailed out and shown to be utterly incompetent and destructive of the very system they champion. 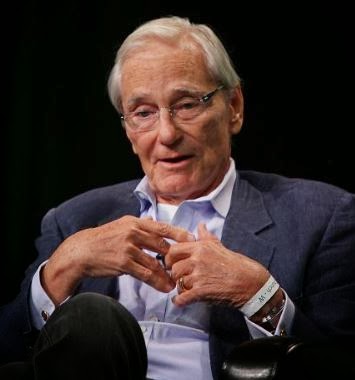 In this most recent case, this morally obscene view was expressed in writing by octogenarian billionaire Tom Perkins (pictured at left).
Kristof was right -- not only about the beauty pageant aspect (his line) of the State of the Union spectacule -- but also how it was easier when George W. Bush was president. This is because with Obama, you want him to do well but instead he just can't help but play to the WaHoPo Editorial Board - Wall Street - Jamie Dimon / Robert Rubin crowd.
The only good news is that more Americans are starting to realize that they aren't "middle class," which is an important development. That's because it hopefully marks the end of the long-time American "fetishization" on that topic whereby every American who earns between $15,000 and $250,000 per year think they are "middle class." 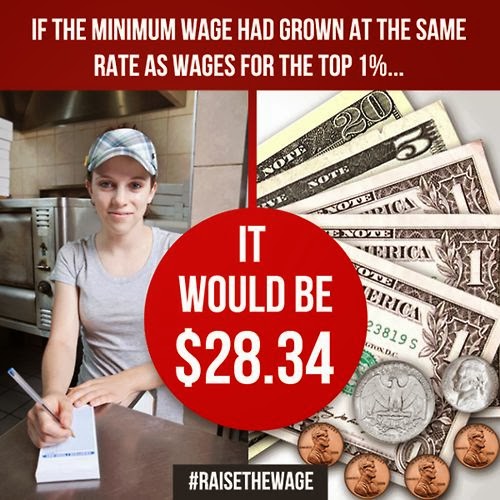 And I haven't mentioned how Fox News-like 60 Minutes has become in the past few years? That's no accident, given its current Fox News castaway producer. But at least we have Fred Hiatt and The WaHoPo Editorial Board (1990s then and 2010s now) to explain the need for "entitlement reform" and give air to (as Josh Barro so wittily and insightfully wrote two weeks ago) yet another corporate billionaire who falsely thinks a mostly phony debt crisis is more important to the real-world long-term unemployment disaster.


The best pre-speech analysis I found was given by Jonathan Chait on Monday in this column (link embedded): What Obama Is Really Trying to Do in the State of the Union Address. His main points are that (1) Obama actually had a better year politically in 2013 than for which he is generally credited owing to successful efforts to block GOP ransom demands and government by extortion and threats (of shutdowns and defaults) and (2) going forward, Obama's efforts are really about undoing the political damage of the badly botched Obamacare initial rollout.
Anyway, after the speech, the bartender Scott put on music so I didn't have to listen to the GOP response. And with that, I'll end this political thread. 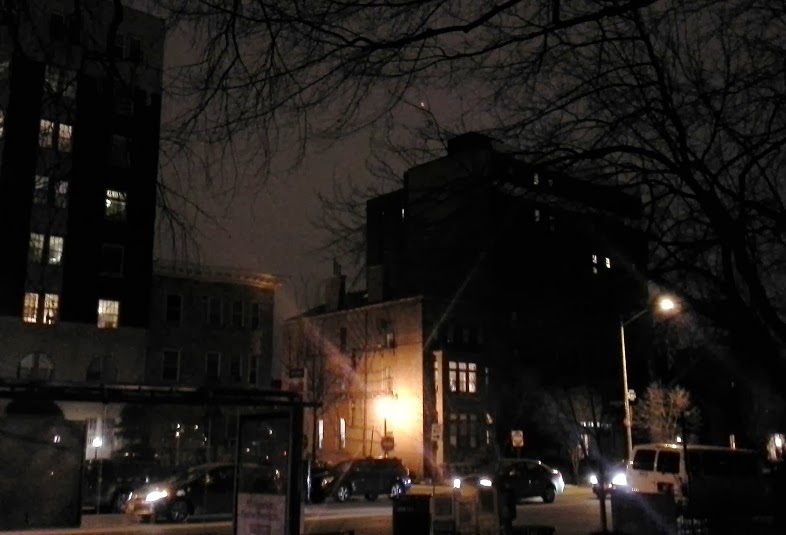 
Returning to the weather, the snow continued for a time, but even though it is about 16F at this midnight hour, the pavement is apparently warm enough (from yesterday's near 60F weather) so that the snow is not really sticking on the streets here in the Dupont / Shaw neighborhoods. The snow is sticking on the cars, grass, and other structures. Furthermore, the snow should end relatively soon, leaving little, if anything, behind. 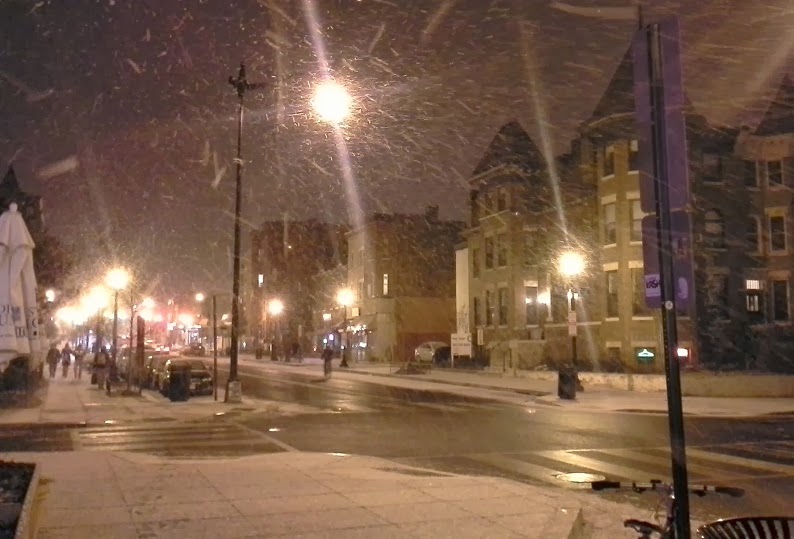 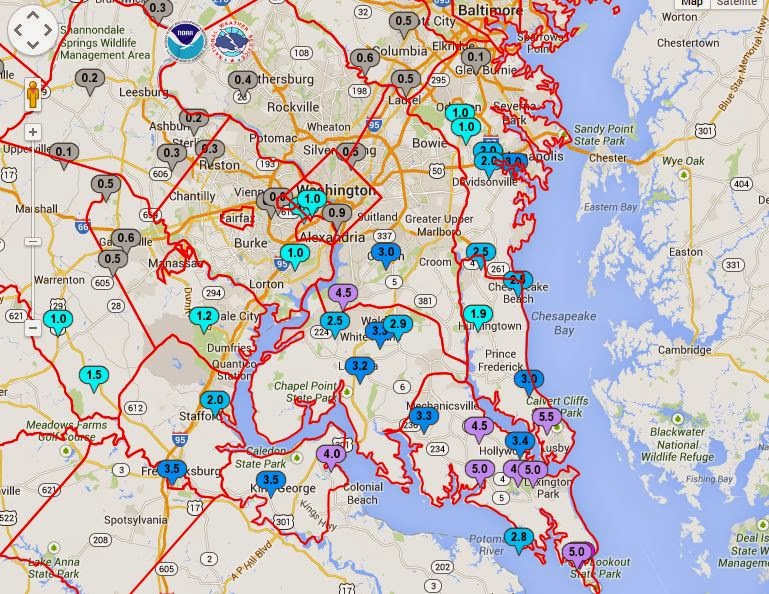 The highest snow totals in the Sterling LWX forecast area that I could find on the Sterling LWX preliminary snowfall map page were in St. Mary's and Calvert Counties in Maryland, specifically, 6.7" in Ridge and 6.5" in Lusby.


I'm home now and ready to go to bed. However, I am so tired and feel so lousy, including with this persistent cough that I may not be able to go to work tomorrow, at least on time.
OK, that's all for now. Again, I FULLY intend to post my Buffalo / Niagara Falls trip overview blog entry, if not this workweek then over the weekend.
--Regulus
Posted by Regulus at 1:34 AM