Shuffling Off to Snowy Buffalo and Semi-Frozen Niagara Falls, But Not Before a Morning Toilet / Cellphone Mini-Disaster 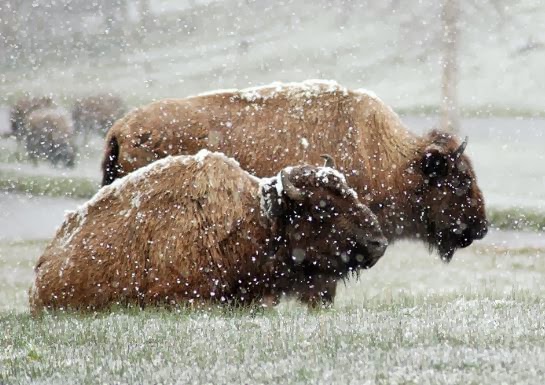 **I'm not even going to TRY to post enough "relevant" pictures for this entry.**
This is just a quick update before I start to pack and head off on my admittedly odd trip to Buffalo and Niagara Falls in the depths of a particularly cold winter (well, actually, to clarify for the sake of Teabaggers across the American landscape and the for-profit American rightwing media / entertainment infrastructure, a winter the way they often were back in the 1970s and in the late 19th Century but that seem so unusual now).
I had a bit of a disaster this morning that is still not resolved: I flushed my old flip-open cellphone down the toilet, and because it was one of those old models with a powerful jet, the little phone appears to have gone completely down the main drain pipe, although it is possible it is somehow badly stuck in the toilet itself. I may need a new toilet outright, and I may need a new tank model that will requiring "re-piping," and this could take until Monday or longer.
It was kind of chaotic this morning as I had to have the building maintenance man and building site manager here. He was trying to snake out the disconnected toilet -- he seems to think the cellphone is somehow stuck in there but it seems highly unlikely at this point -- and she was on the phone to her Spadaro contact. Our building uses Spadaro (that name is quite simialr to mine, Todaro). And I was semi-panicked that I was going to create a building-wide flood.
Oh, and while this was going on, I had that damn "Shuffle Off to Buffalo" song stuck in my head because I tried to find it on YouTube last night, and found an old movie version and low-quality footage of the Broadway play with Japanese subtitles aired on TV somewhere at some point years ago in Japan.
Anyway, at this point, the building maintenance man has removed the toilet, so there is just a hole in the tiled bathroom floor. Thus, this trip is ironically coming at a good time, even if the high Arctic conditions aren't exactly what I signed up for when Gary and I arranged this trip to see some snow.
The good news is there are no resulting, and indeed, I was able to take a shower with no problem and the water just drained straightway from the drain into that larger "stack" pipe.
I'm trying to consider what my alternatives are for toilet accommodations, in particular for the need to, well, you know. I guess I could go all Calcutta Third World and just use the hole, except it's so mucky around it (even after I cleaned the floor as best I could). 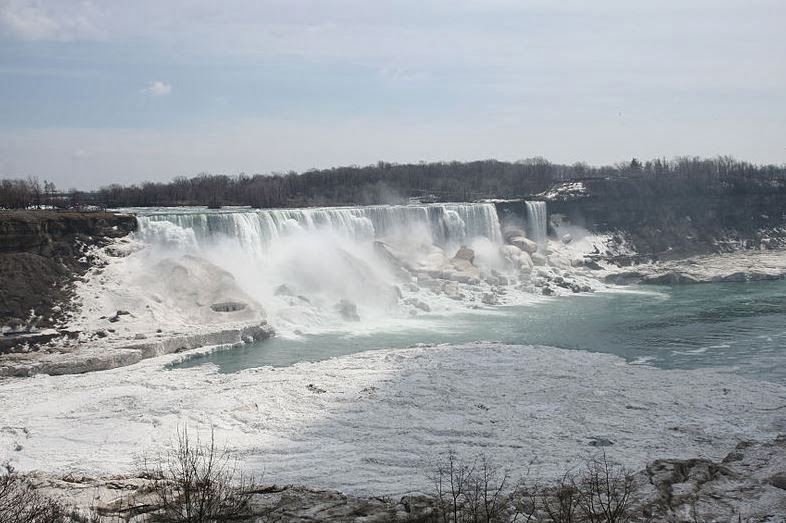 Well, anyway, I don't have a lot of time to write, so I'm going to sign off now. I'm supposed to meet Gary at National Airport ahead of our schedule 340PM flight to Buffalo. I'm really going to be dependent on him during this three-day trip.
I hope I have a window seat on the jet, but unfortunately, I cannot take any pictures owing to my lack of a cellphone.
If I cannot update this blog at the hotel, then my next update may not be until late Monday night.
(OK, as I write this, the Spadaro plumber is trying to install a similar version of the toilet I had, which is indeed successful should end this mini-morning disaster. However, it looks kind of chaotic with the plumber, maintenance man, and site manager all in my bathroom, and the new toilet flushing funny. But I really have to go now.)
--Regulus
Posted by Regulus at 1:44 PM